Adi Sankaracarya is among the greatest revolutionary thinkers of all time. He renewed, uplifted and restored Vaidika culture to its true greatness. He was not only the founder of a great philosophical movement but also a compassionate teacher, a tireless missionary and a brilliant poet-writer who could convey complex and profound truths in words of elegant simplicity.

Bhaja Govindam is one of Adi Sankaracarya's most beautiful works, composed in clear and effective language and addressed to simple folk struggling with the demands of life, but also capable of keeping intellectual philosophers engrossed. It is rightly described as a fragrant bouquet of verses. The clear, precise and eloquent commentary of Swami Chinmayananda adds to the fragrance of the original composition, inviting the spiritual seeker to reflect upon the meaning of the verses, attempt to understand, absorb and live the truth behind the words.

Hailed as the second Swami Vivekananda, Pujya Gurudev Swami Chinmayananda (1916-1993) has left a great legacy behind for mankind. On realising the true purpose of life, he worked tirelessly and with tremendous energy for more than four decades to spread the message of Vedanta. A great orator, writer, leader, patriot and spiritual giant, he is one of the finest representatives of Indian spiritual heritage. The sprawling worldwide organisation of Chinmaya Mission carries on the torch lit by this great Saint.

Pujya Gurudev in his hard-hitting commentary points to the malaise and the urgent need to eradicate it. The powerful examples he uses to elucidate the text leave an indelible impression on the reader.

Chinmaya Prakashanam have tried to eliminate errors in the text, introduced diacritical marks in original Sanskrit text with transliteration and word to word meaning, Chinmaya Kalpanam are responsible for the revamping of the book and the beautiful cover design. We thank them for their efforts.

CCMT Publications has great pleasure in bringing out this redesigned edition of an all time favourite, urging its readers to ....... Seek Govind!

Bhagavatpada Acarya Sankara was not only a great thinker and the noblest of Advaitic philosopher, but he was essentially an inspired champion of Hinduism and one of the most vigorous missionaries in our country. Such a powerful leader was needed at the time when Hinduism had been almost smothered within the enticing entanglements of the buddhistic philosophy and consequently the decadent Hindu society had come to be broken up and disunited into sects and denominations, each championing a different view point and mutually quarrelling in endless argumentations. Each pundit, as it were, had his own followers, his own philosophy and his own interpretation. Each one was a vehement and powerful opponent of all other views. This intellectual disintegration, especially in the scriptural field, was never before so serious and so dangerously calamitous as in the times of Sri Sankara.

It was at such a time when our society was fertile for any ideal thought or practical philosophy to thrive, that the beautiful values of non-injury, self-control, love and affection of the Buddha came to enchant alike the kings and their subjects of this country. But the general decadence of the age did not spare the Buddhists also. They among themselves, precipitated different viewpoints, and by the time Sankara appeared on the horizon of Hindu history, the atheistic school of Buddhists had enticed away large sections of the Hindu folk.

It was into such a chaotic intellectual atmosphere that Sankara brought his life-giving philosophy of the Non-dual Brahman of the Upanisads. It can be very well understood what a Colossal work it must have been for a single man to undertake in those days, when modern conveniences of mechanical transport and instruments of propaganda were unknown. 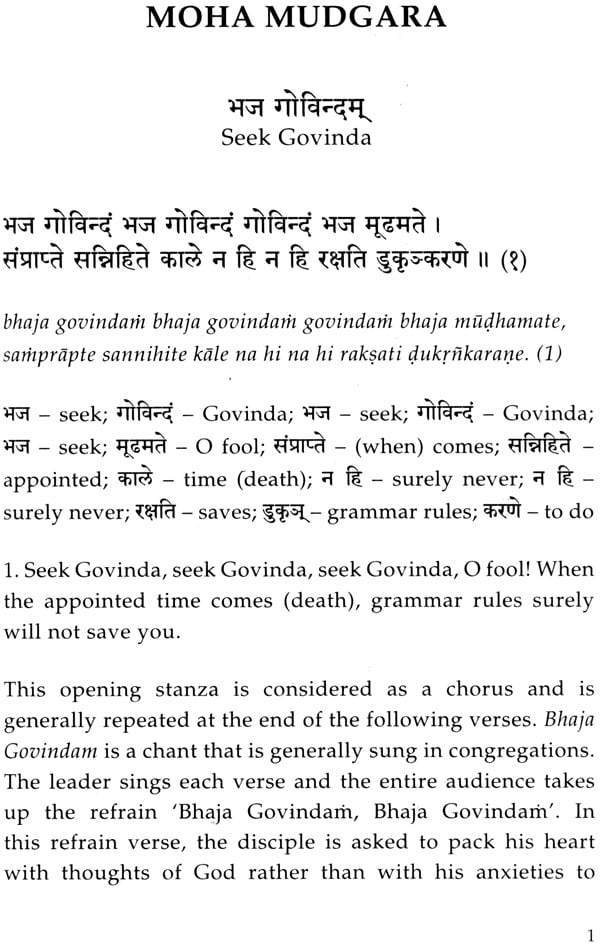 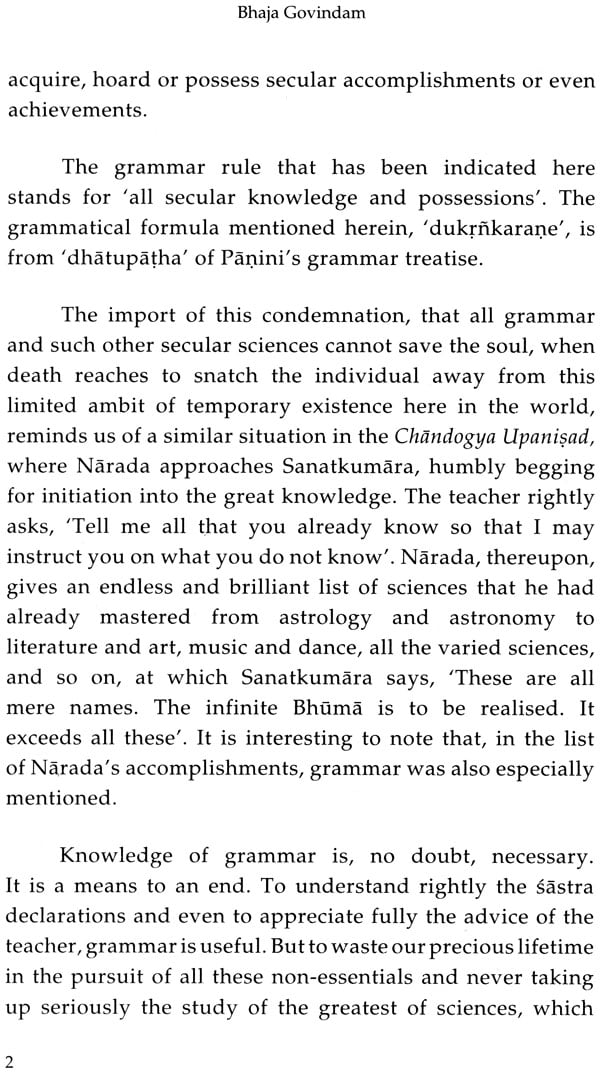 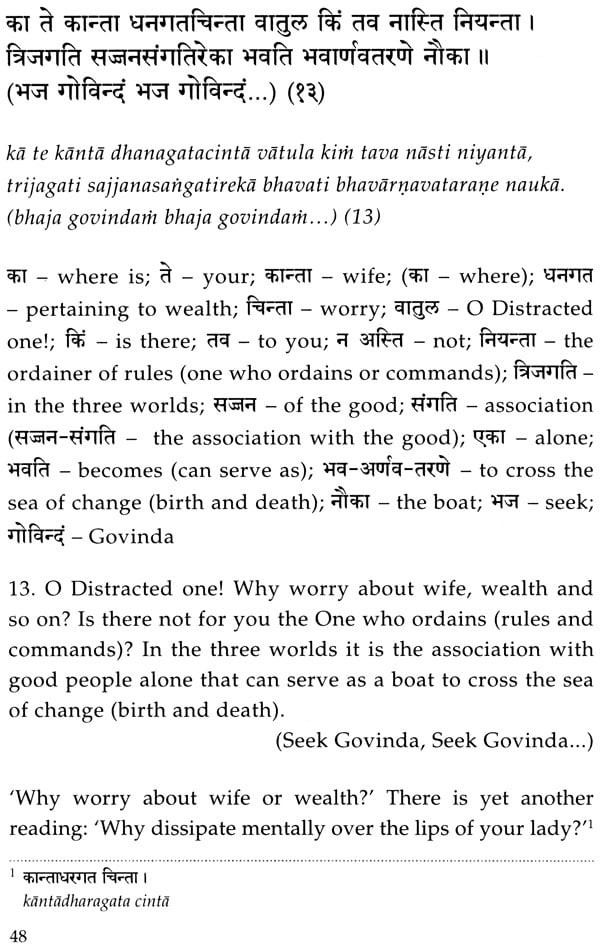 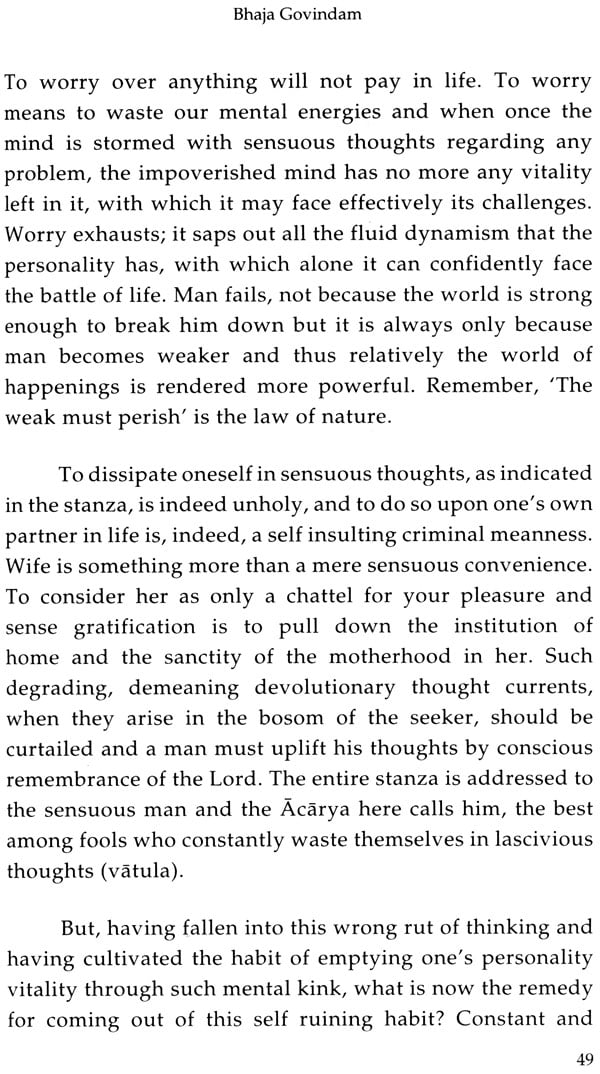 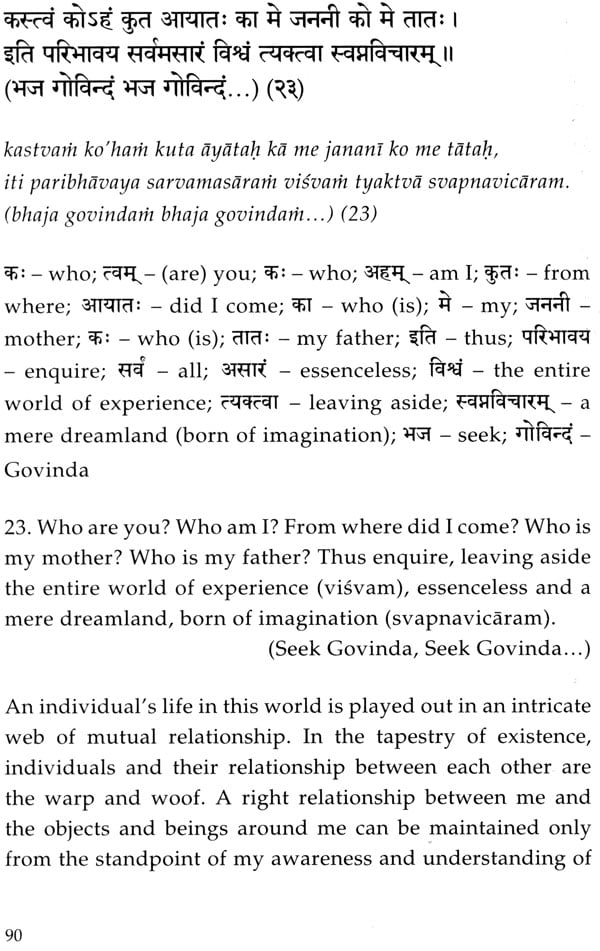 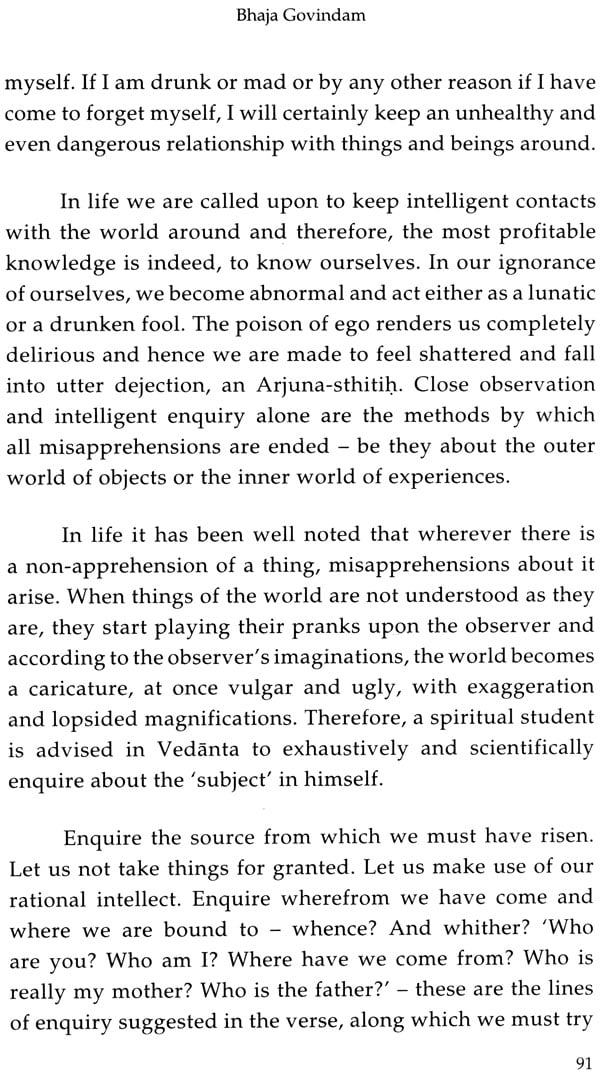 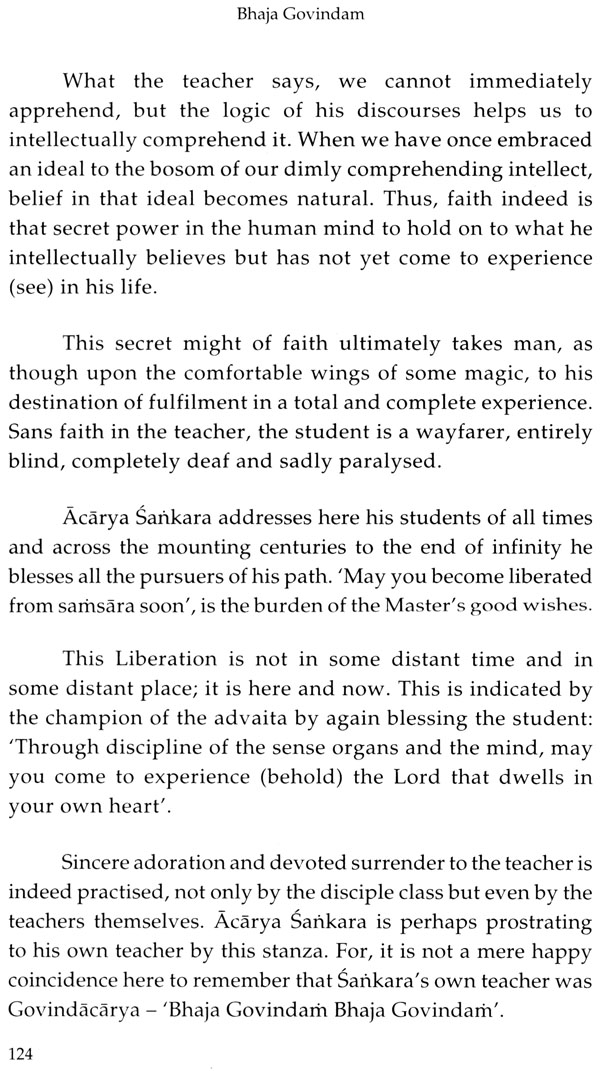 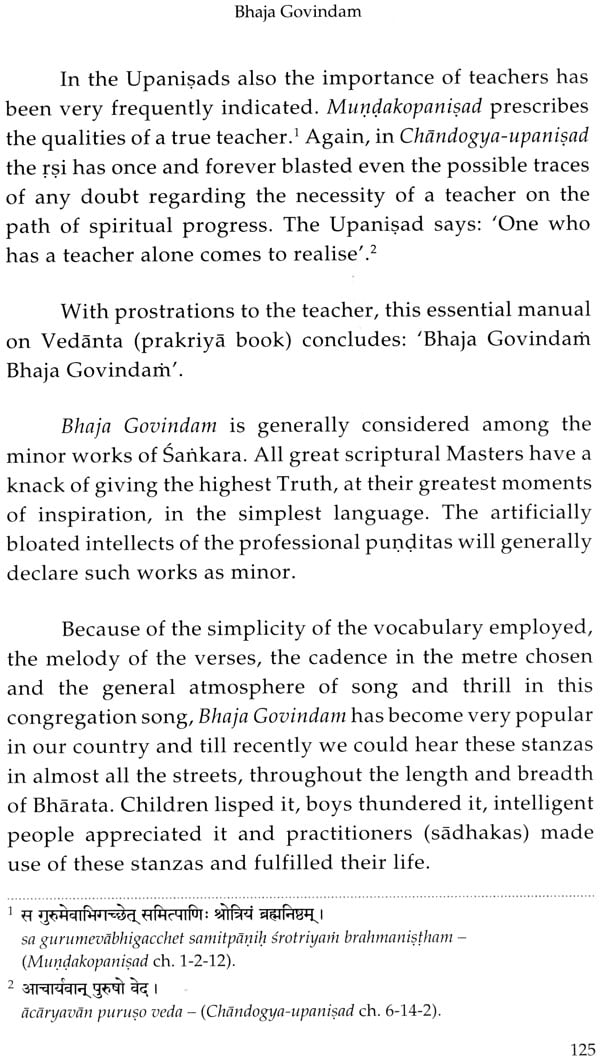