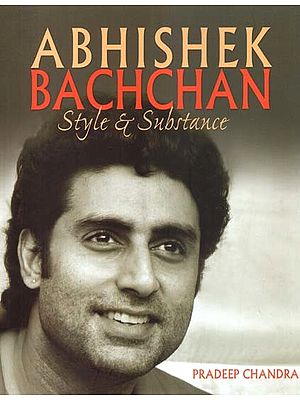 FREE Delivery
$80
Quantity
Usually ships in 10 days
Notify me when this item is available
Back of the Book
Abhishek Bachchan is without doubt one of the finest actors of his generation. His Yuva and Guru are two of my favourite films. His performance in both are truly memorable. He has also done some delightful popular movies which have won him much acclaim and an enviable fan following. I am delighted Pradeep Chandra has chosen to do a book on him. He is an actor who certainly deserves more attention than he has got in recent years.
About the Book
This book contains some fascinating anecdotes and a wonderful collection. of photographs, spanning several decades. The story of Abhishek, the only son of Amitabh and Jaya Bachchan, is captured in great depth and detail by the author-cum photographer, Pradeep Chandra. 'The urge to know more about a person like him propelled me to write this book," shares Chandra. 'But, along with me, my camera, too, is equally drawn to Abhishek. He is an interesting subject because he displays a plethora of emotions without any hesitation. I have been clicking him since he was a kid.'

This special pictorial biography brings to life the many facets of the actor, highlighting the different roles he plays. Rugged masculine looks, style and charm are part of the persona of a star, an actor, a celebrity. Yet Abhishek is a man of many milestones, in areas as diverse as movies, sports and business.

About the Author
Pradeep Chandra is known for his versatility. An eminent photographer, he has written coffee-table books on MF Husain, Amitabh Bachchan and Aamir Khan. He is also an artist who has participated in several art camps and group shows in India and abroad.

As a photojournalist, Chandra has been associated with The Illustrated Weekly of India, The Times of India, The Indian Express, The Week and The Sunday Observer, among others. Some of his memorable shows include "The Alien Insiders', his documentation of the plight of Kashmiri refugees; 'Haveli Dreams', on the havelis of Rajasthan; a tribute to the Taj Mahal Hotel and an exhibition on the children of Kamathipura. He lives in Mumbai and is currently working on a book on the city and another on the veteran singer Mahendra Kapoor.

Foreword
Consider the circumstance of his debut: the son of the film industry's biggest star, the inheritor of remarkable acting talent from both his illustrious parents, Jaya and Amitabh Bachchan, a boy who had grown up on the sets watching his famous father, was launched not in a home production, as is the norm in the industry for star sons, but in an outside production and that, too, not one of the big established production studios.

The vehicle that was to launch Abhishek's career was Refugee, produced and directed by JP Dutta, best known for patriotic films with war themes. That Dutta's previous film, Border, had been a box office hit that was appreciated by the critics as well must have encouraged Abhishek. Yet there was no question that, not only was he choosing to go out on a limb by not debuting in a film produced by his family, he had also chosen one that bucked conventional wisdom. Tradition had it that stars-especially star sons-debuted in love stories predicated on the plot of boy meets girl, boy loses girl and so on. Rishi Kapoor, son of Raj Kapoor, had done that with Bobby; Rajendra Kumar's son, Kumar Gaurav, had followed the same path in Love Story.

Introduction
Honest words, from someone whose name means 'bold". According to journalist Bhuvendra Tyagi, the word 'Abhishek' figured first in the Rig Veda. It was later spotted in the Upanishads, Ramayan and the Gita as well as in several other Sanskrit epics. From there it travelled to Hindi, where it is identified with the gods; the anointment on the forehead is called Abhishek. Tyagi elaborates:

It contains two components abhi and shek. Abbi means towards information, higher, new; shek has been derived from sek, which means go, move. Hence a combination of abhi and sek implies moving towards higher goals and acquiring new knowledge. Swami Vivekananda used it in the sense of being bold; for him, the basic meaning of the word is boldness.

Multiple adjectives can be used to define Abhishek Bachchan; some of them conflicting. Sincere and suave; intense and intelligent, he is considered by many as the cool 'hot guy' of Hindi cinema. Rugged masculine looks, style and charm are part of the persona of a star, an actor, a celebrity. Yet he is a man of many milestones, in areas as diverse as movies, sports and business. An actor, producer, playback singer and television host, Abhishek has excelled in his many roles. His sincerity towards life and his profession: is evident. His parents, Amitabh Bachchan and Jaya Bhaduri, ruled Indian cinema, his father is hailed as a living legend, but what he inherited from them was values, not vanity. Being a Bachchan and especially the son of Amitabh comes with an overwhelming burden of expectations and attention, but he has managed to deal with it in a manner that appears effortless. 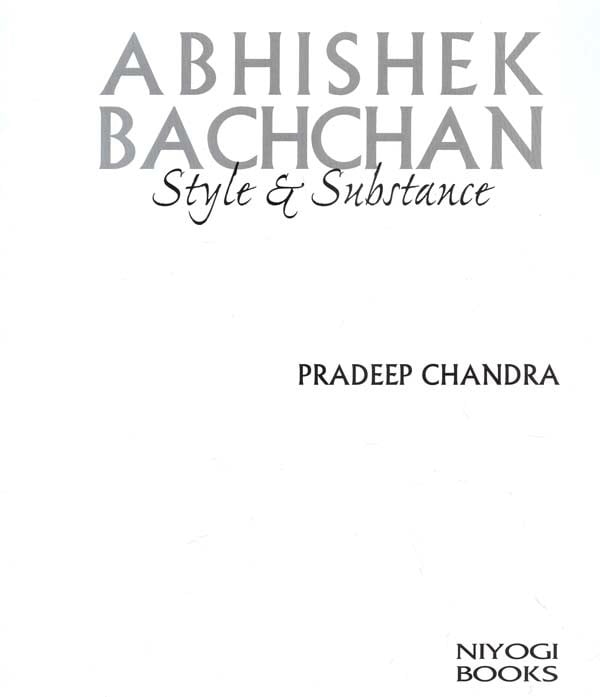 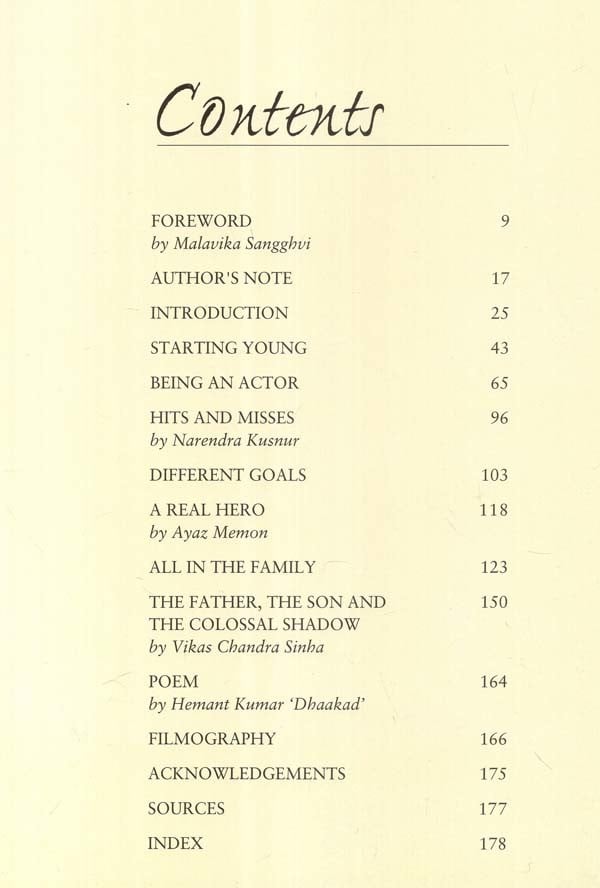 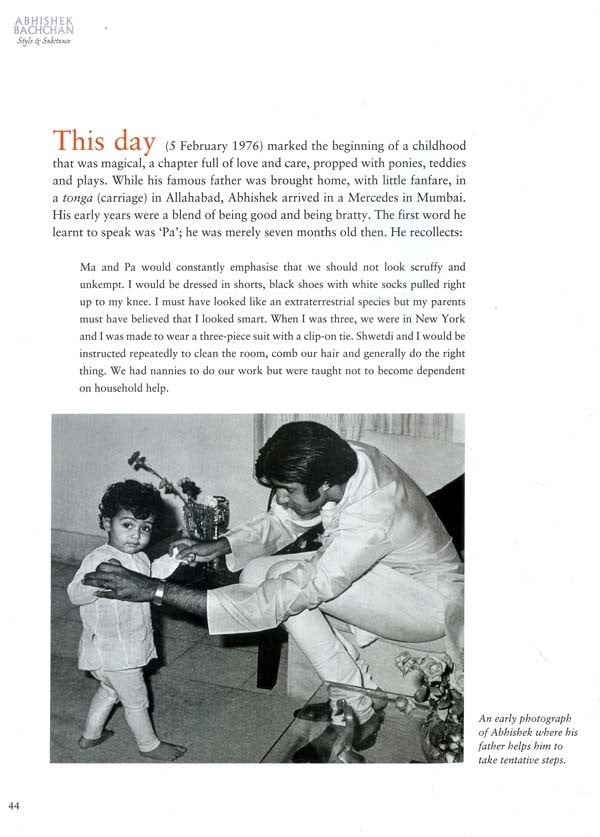 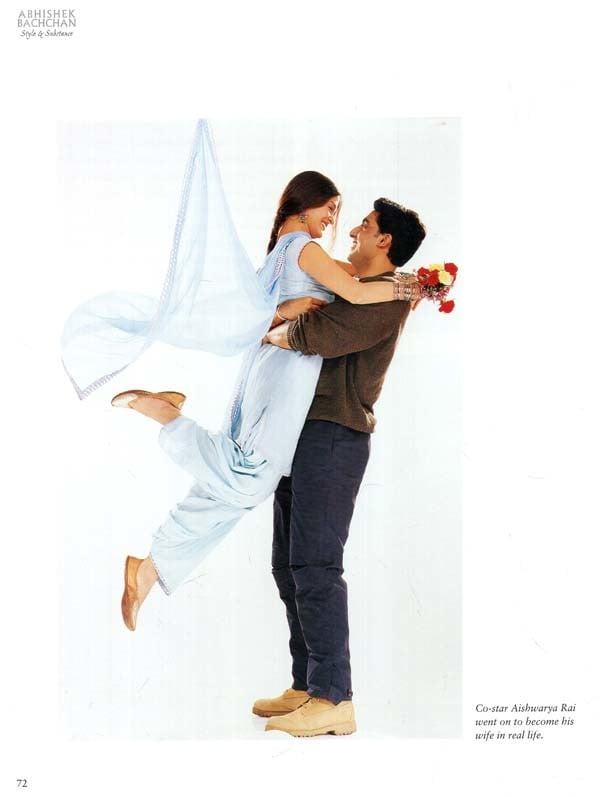 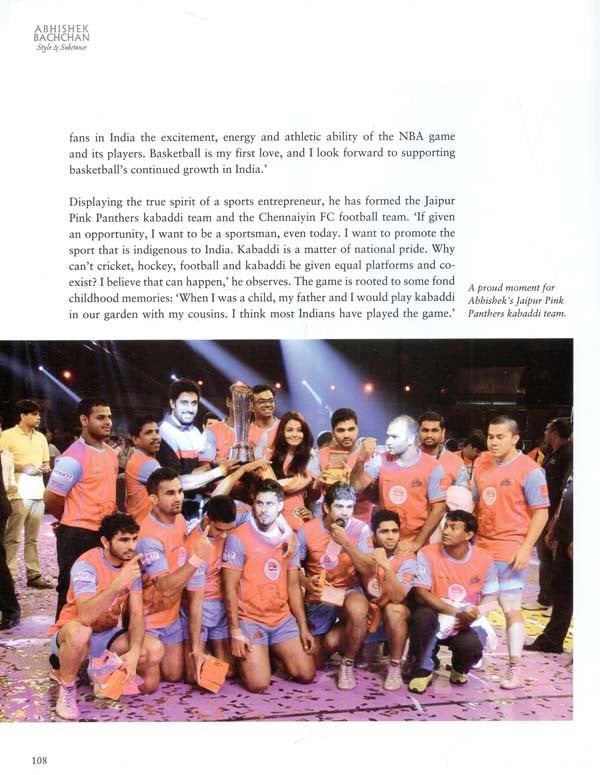 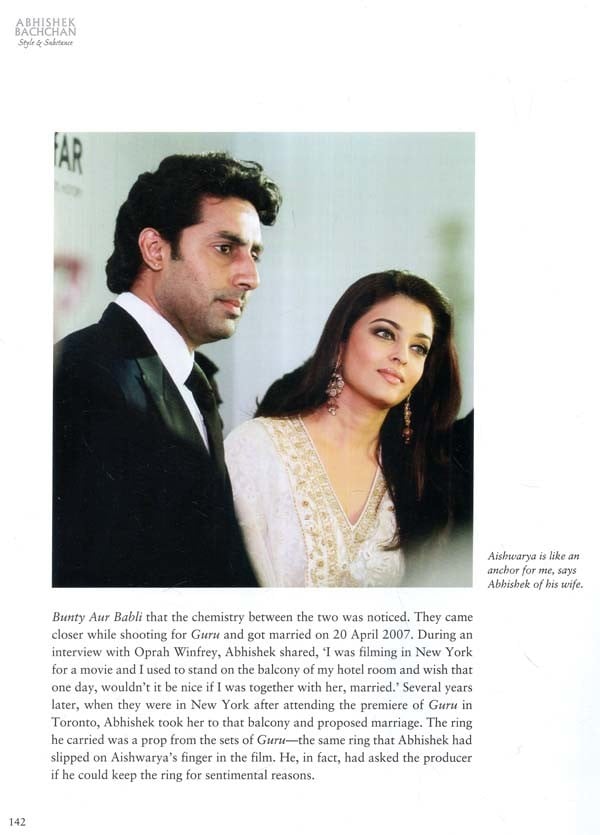 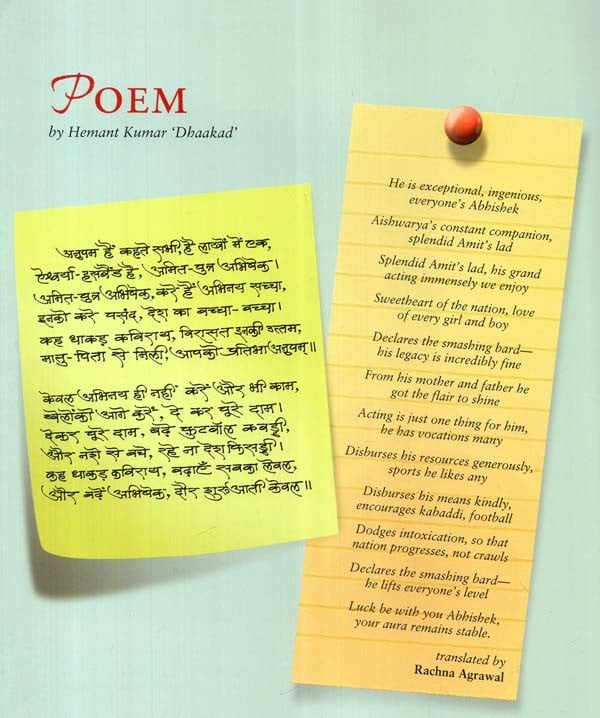