Jagad Guru Adi Shankaracharya (788-820 CE) was born in Kerala and died in Kedarnath, traversing the length of India in his search for the ultimate truth. In a short life of thirty-two years, Shankaracharya not only revived Hinduism, but also created the organisational structure for its perpetuation through the mathas he established in Sringeri, Dwaraka, Puri and Joshimatha.

Adi Shankaracharya: Hinduism's Greatest Thinker is a meticulously researched and comprehensive account of his life and philosophy. Highly readable, and including a select anthology of Shankaracharya's seminal writing, the book also examines the startling endorsement that contemporary science is giving to his ideas today. A must read for people across the ideological spectrum, this book reminds readers about the remarkable philosophical underpinning of Hinduism, making it one of the most vibrant religions in the world.

Pavan K. Varma is a writer-diplomat and now in politics, where he was till recently an MP in the Rajva Sabha, and earlier Advisor to the Chief Minister of Bihar. Author of over a dozen bestselling books, including Chalib: Tire Mall, Tire Times; Tire Great Indian Middle Class; The Book of Krishna; Being Indian; Becoming Indian; and Chanakya’s New Manifesto, he has been Ambassador in several countries, Director of The Nehru Centre in London, Official Spokesperson of the Ministry of External Affairs, and Press Secretary to the President of India.

Pavan K. Varma was conferred an Honorary Doctoral Degree for his contribution to the fields of diplomacy, literature, culture and aesthetics by the University of Indianapolis in 2005.

Hinduism, for most within its fold, is a way of life. It has no one Pope, no one text, no inflexibly prescriptive ritual, no mandatory congregation, and no one presiding temple. It is precisely for this reason that it has continued to flourish from time immemorial, sanatan and anant, because what is ubiquitous but not constrained by the brittleness of form, is by definition imperishable.

But it is precisely for this reason too, that most Hindus, while practicing their faith in their own way, are often largely uninformed about the remarkable philosophical foundations of their religion. Hinduism, as a religion, is inseparable from Hinduism as a philosophy. If Hindus are adrift from the deep philosophical moorings of the religion they practice, they are deliberately choosing the shell for the great treasure that lies within. When religions are largely reduced to rituals, there is always the danger that the form will become more important than the substance. That, I believe, will be a great disservice to Hinduism itself, and to the great seers and sages and thinkers-to whom this book is humbly dedicated-who gave to this sanatan dharma some of the most profound philosophical insights the world has seen.

It is for this reason that I wrote this book. Jagad Guru Adi Shankaracharya was, undoubtedly, one of the greatest minds in Hinduism's unrelenting quest for the ultimate truth. His short life of but thirty-two years is as fascinating as the Advaita philosophy he so meticulously crafted. My purpose was to discover this remarkable man and his life, and I travelled from Kaladi in Kerala where he was born, to Kedarnath, where he obtained Samadhi-and to most other places which are associated with his life-in this pursuit.

Apart from physically traversing the length and breadth of Bharat in the footsteps of the Jagad Guru, I was deeply involved in the cerebral voyage of immersing myself in his philosophy, and its correlation to what we know about ourselves and the universe today. In fact, my research on the correspondence between his philosophical tenets, and the discoveries of contemporary science, especially in the fields of cosmology, quantum physics and neurology, has been one of the most rewarding aspects of my research.

There are too many people to whom I owe my gratitude in the writing of this book, but I would be unforgivably remiss if I do not mention a few names specifically. Mani Shanker Dvivedi, an exceptionally bright young scholar of Sanskrit who has done his doctorate from Jawaharlal Nehru University in New Delhi, was of indispensable help in locating elusive books, assisting with Sanskrit texts, and in putting together the Select Anthology. His perennial willingness to help, and his belief in my project is something that I can never ever reciprocate.

I have spent many hours with scholar-statesman Dr. Murli Manohar Joshi, discussing abstruse aspects of Hindu philosophy and the correspondence of many aspects of Shankaracharya's work with contemporary science. Doctor Saheb, as he is universally and lovably known, was also of great help in facilitating many arrangements during my extensive travels. I owe a deep debt of gratitude to him. My genuine thanks are due also to N.N. Vohra, Governor of Jammu & Kashmir, who was of immense help during my visit to Srinagar, and enabled my meetings with scholars on Hindu philosophy and, in particular; with those knowledgeable on Kashmir Shaivism. The many hours I have spent over the years with Dr Karan Singh, so learned in both Sanskrit and Hindu philosophy, is also something I will always cherish.

I must record my sincere appreciation to H.H. Bharati Tirtha Mahaswamiji, the Shankaracharya of Sringeri, H.H. Swami Nischalananda Saraswati, Shankaracharya of Puri, and to H.H Swami Swarupananda, Shankaracharya of Dwaraka. Each of them graciously received me and blessed the book I was researching. I must also profusely thank M.P. Veerendra Kumar, Member of Parliament and publisher of Mathrubhumi, for his help during my visit to Kaladi. My old friend, Pinaki Mishra, Member of Parliament from Puri, provided valuable assistance during my visit to the matha there. Shobha Karandlaje and Poonam Ben, both Members of Parliament, went out of their way to render support for my visit to Sringeri and Dwaraka respectively. Legislator Om Prakash Saklecha provided vital logistical support for my visit to Omkareshwar and Maheshwar.

My heartfelt thanks are also due to Manish Pushkale, the talented artist, and my guide and mentor, who accompanied me to Omkareshwar and Maheshwar; to Ashok Kapur for his unstinting care in Varanasi; to Ghulab Singh who made my visit to Kedarnath, Badrinath and Joshimath possible; to Professor Subramania Iyer who showed me around in Kaladi; and, last but not the least, to Manish Tiwari, my dedicated secretary, but for whose constant coordinating support I would have found it impossible to complete this book.

I cannot but especially mention two key friends who are directly involved in this book being written: Mita Kapur, my literary agent who runs Siyahi, and Sudha Sadhanand, Managing Editor of my publishers, Westland Publications. Mita works diligently for the author she represents. Sudha was my editor when I published my first book in 1989, which was a biography of Ghalib, and now she has meticulously worked on my latest book on Adi Shankaracharya. Thank you very much Mita and Sudha for the faith you reposed in me.

My wife, Renuka, travelled with me from Kaladi to Kedarnath. She is an inseparable part of the books I write, and there is little more I can say than to reiterate that but for her-and this should be not held against her-I would not have written any of my books!

Finally-and this may seem odd to some readers-I must bow deep in gratitude to the Jagad Guru himself. There were countless occasions when I felt he was directly there to give me hope and strength, and find solutions to what appeared to be intractable obstacles. As a human being, I have felt his benevolent presence throughout the writing of this book, and while I take full responsibility for any shortcomings in the writing, I feel, at a deeply personal level, that this book would never have been written but for his aashirvad or blessings. 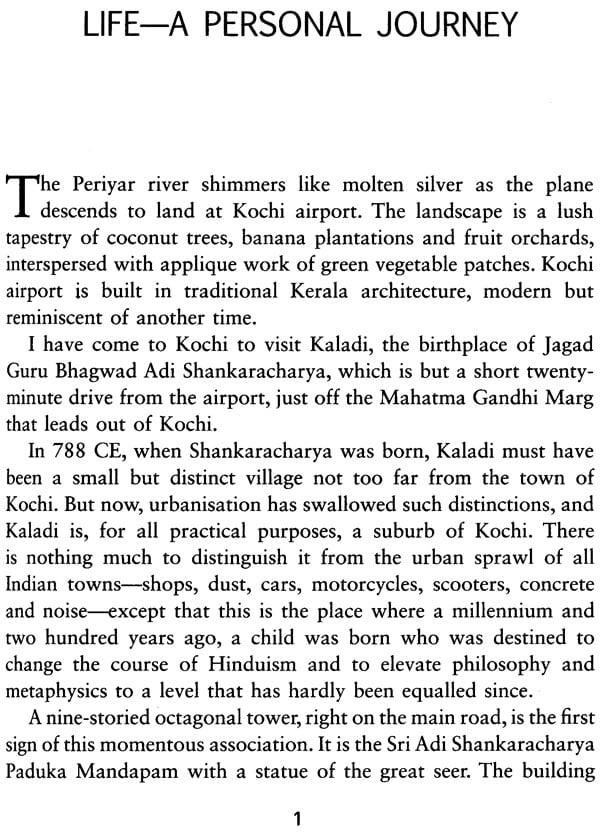 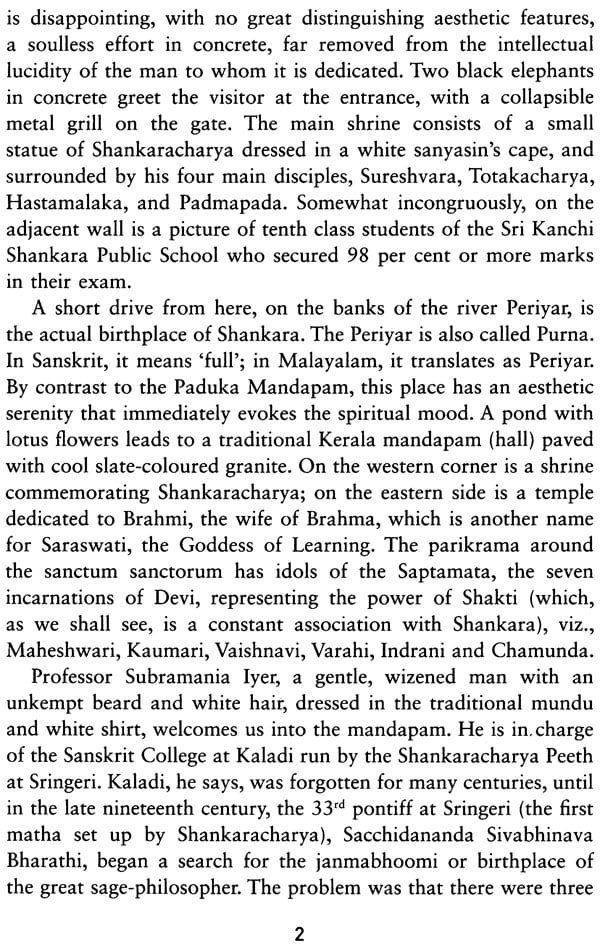 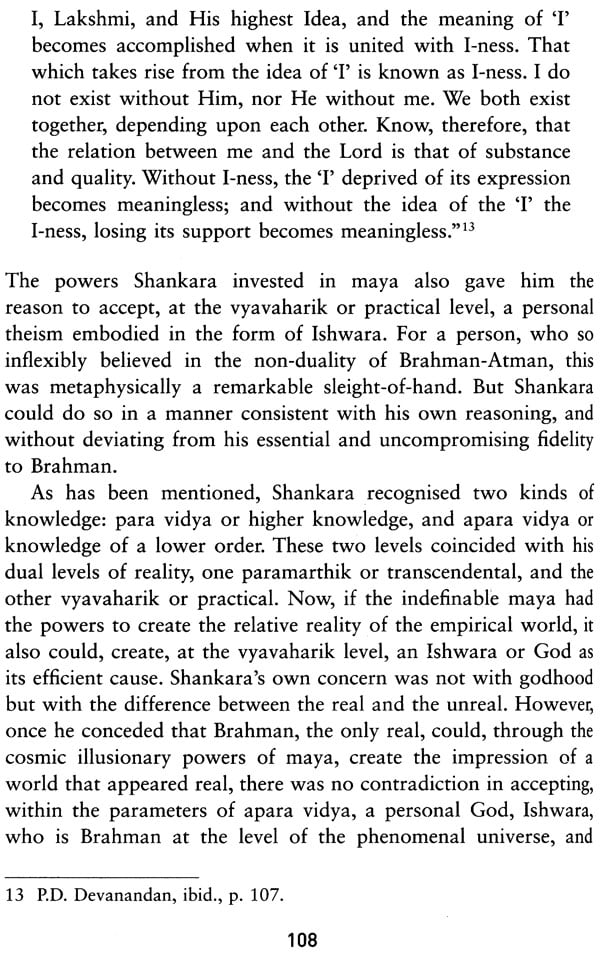 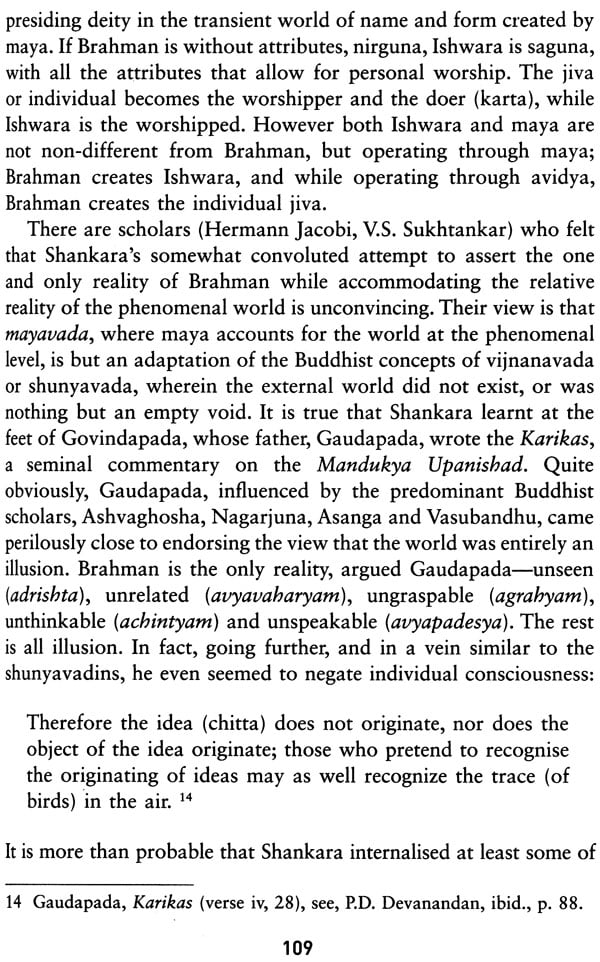 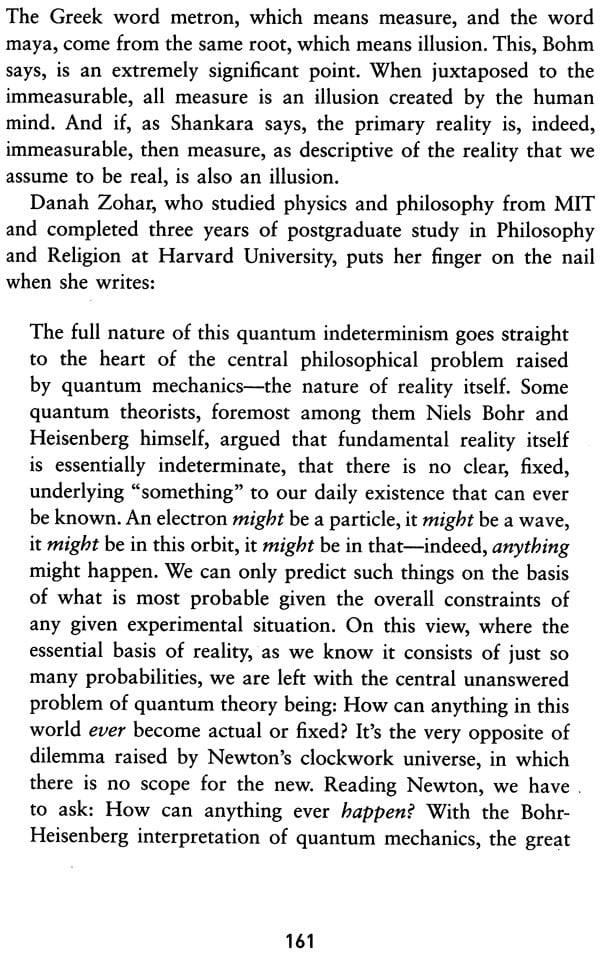 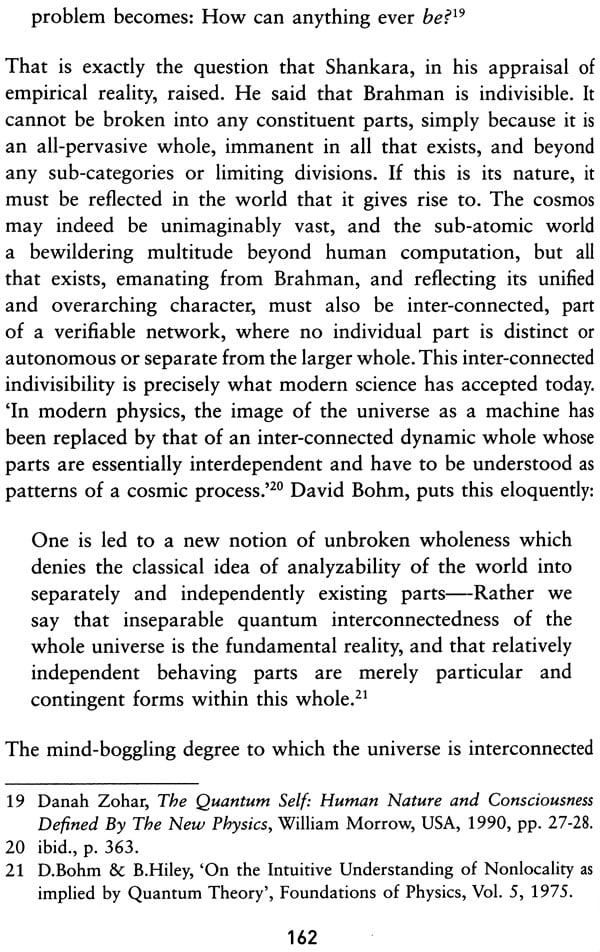 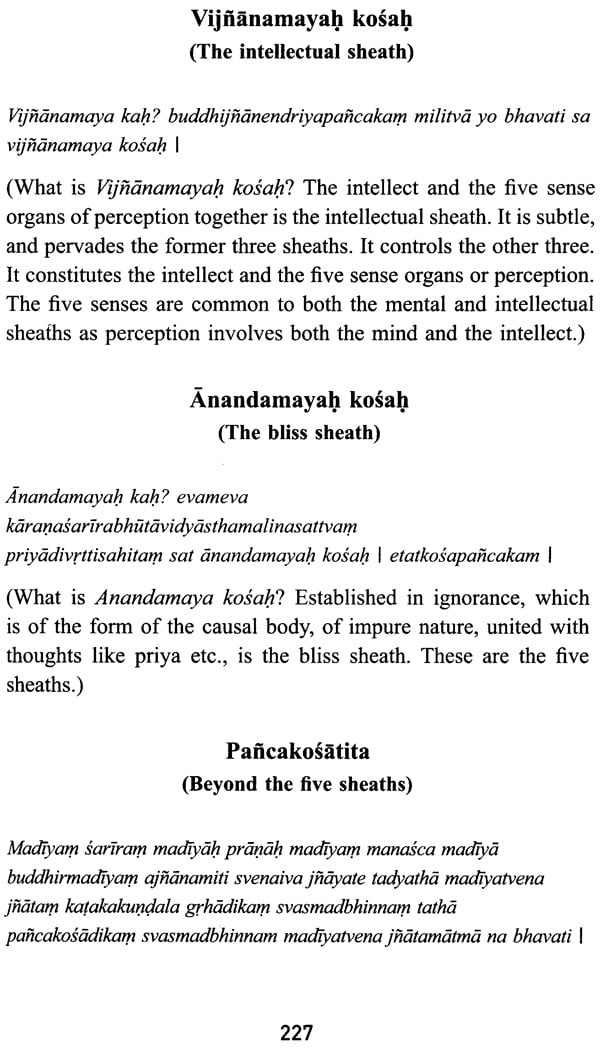 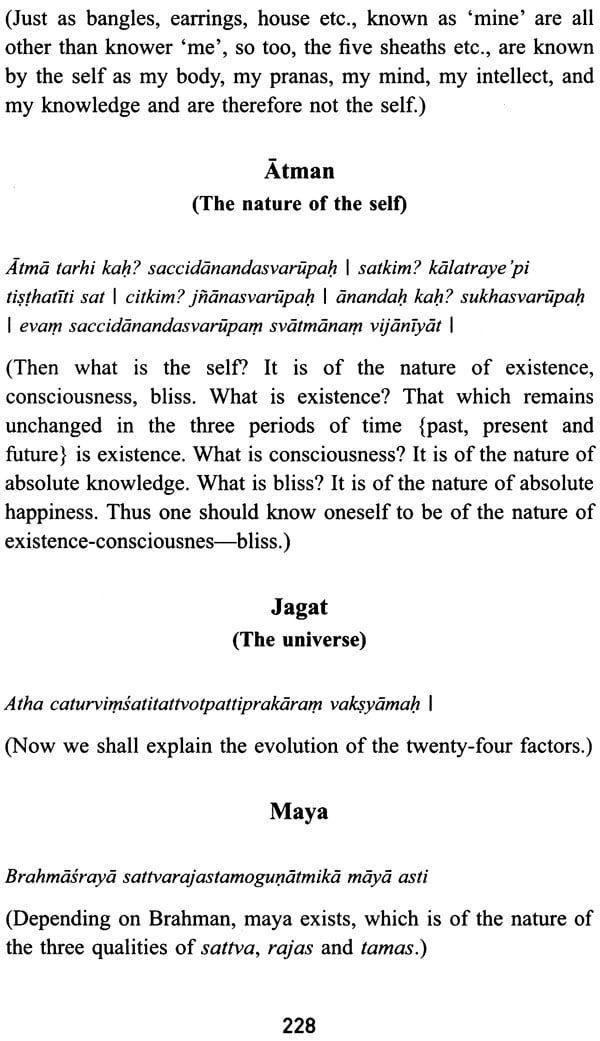 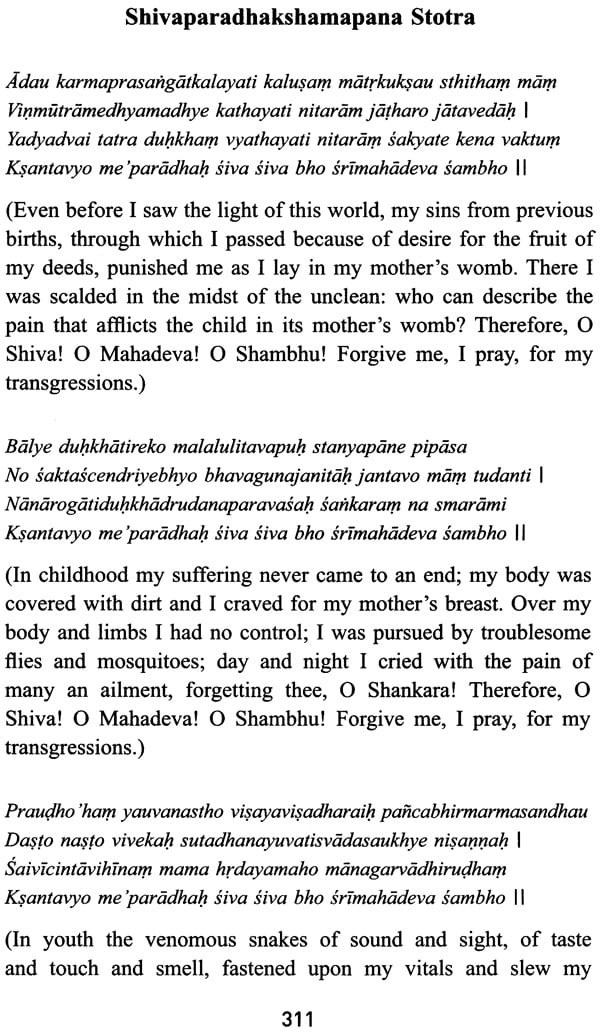 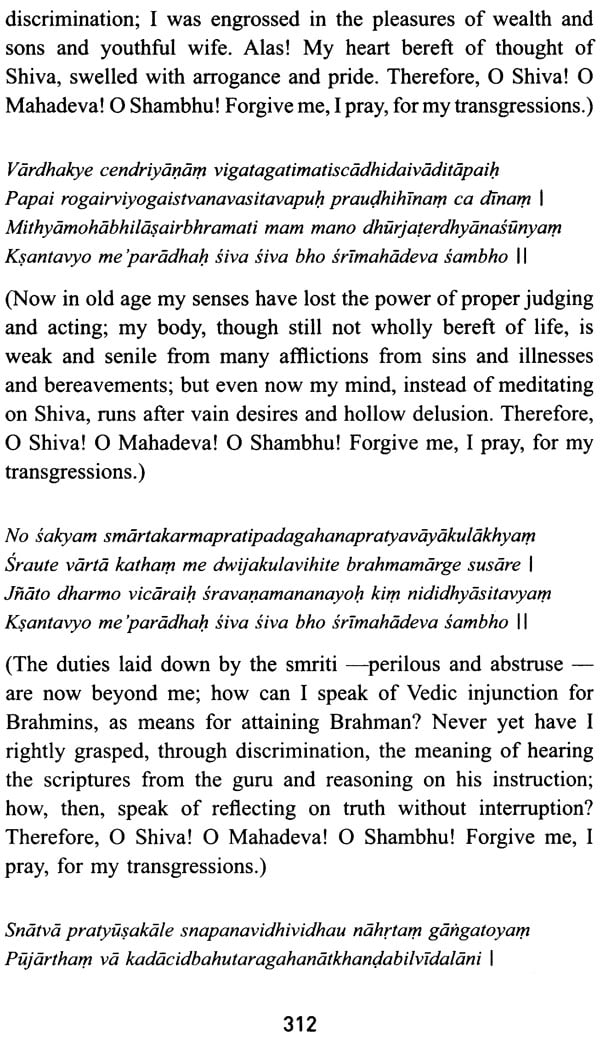 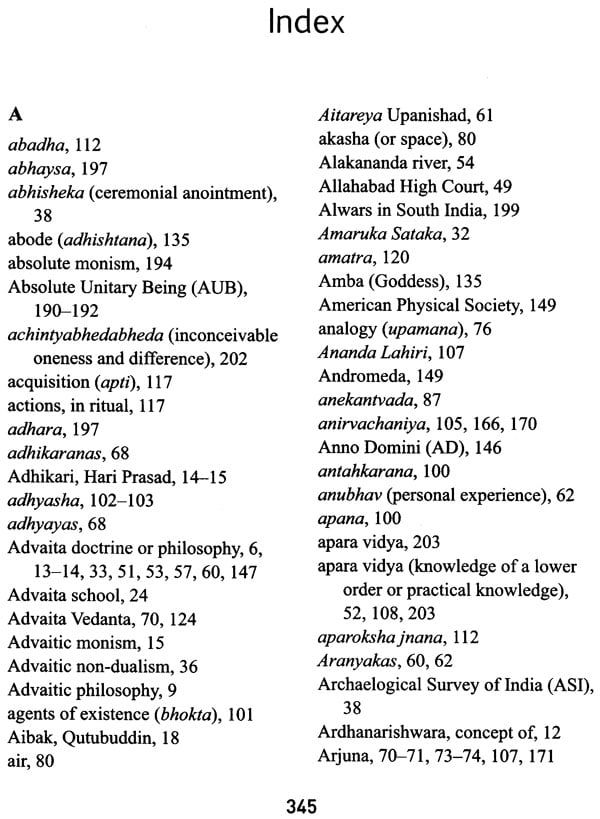 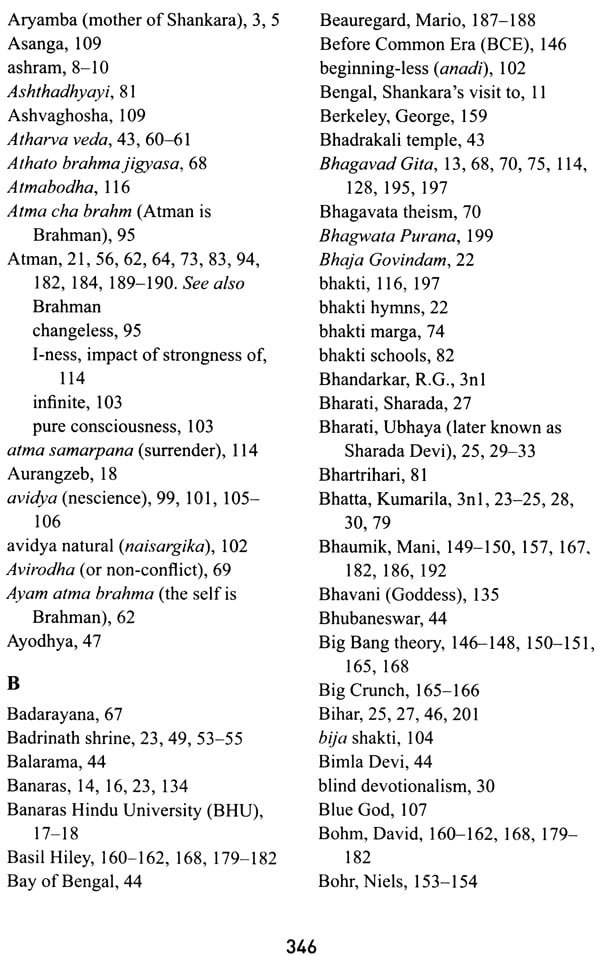 Mandukya Upanisad: With the Karika of Gaudapada and the Commentary of Sankaracarya (Shankaracharya)
By Trans. By. Swami Gambhirananda
$21
FREE Delivery
Best Seller Bhagavad-Gita (With the Commentary of Sankaracarya (Shankaracharya)
By Trans By. Swami Gambhirananda
$30
FREE Delivery
Best Seller Aitareya Upanisad: With the Commentary of Sankaracarya (Shankaracharya)
By Trans By. Swami Gambhirananda
$12
Best Seller The Brhadaranyaka Upanisad: With the Commentary of Sankaracarya (Shankaracharya)
By Trans. By. Swami Madhavananda
$42
FREE Delivery
Best Seller Katha Upanisad: With the Commentary of Sankaracarya (Shankaracharya)
By Trans. By. Swami Gambhirananda
$12
Best Seller