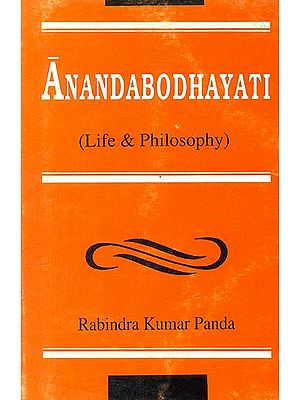 $20.00
FREE Delivery
Quantity
Ships in 1-3 days
Notify me when this item is available
Post a Query

The present work is a critical and comprehensive study of four valuable philosophical works written in Navya-Nyaya style and method viz., Nyayamakaranda, Pramanamala, Nyayadipavali and Nyayadipika of Anandabodha Yati, a celebrated Advaita dialectician (1150 A.D.), who has made substantial contribution to Advaitisim of Post-Sankara period. As Anandabodha has carved a niche for himself as one of the early path-finders in the field of Vedantic dialectics and it is undeniable that his works in general and his Nyayamakaranda in particular, provided the foundational ground work for future dialecticians of Advaita persuasion as well as their opponents from the streams of Dvaita and Visistadvaita, to build the edifice of interschool Vedantic dialectics, this work is a unique attempt in presenting an analytical exposition of Anandabodha’s philosophy. It brings out a clear and systematic account of the life-history of this great philosopher and ontological, epistemological and soteriological aspects of his philosophy and dialectical methodology. The important philosophical tenets of Bhuddhists, Naiyayikas, Mimamsakas and Sankhyas who are criticised by Anandabodha as his opponents have been systematically studied and an appraisal of Anandabodha’s criticism has been made in this intensive work.

Dr. Rabindra Kumar Panda, the author of the present work is working at present as a Lecturer in the Department of Sanskrit, Pali & Prakrit, Faculty of Arts, M.S. University of Baroda, Gujarat. He has studied Sanskrit in both traditional as well as modern methods. He has received the degrees-Sastri, 1982, Sadashiva Kendriya Sanskrit College, Acharya, 1984 and Visistacharya, 1986, Sri Jagannatha Sanskrit University, Puri, Orissa with first class. distinction securing Gold Medals, Prizes and Merit Scholarships. He is, awarded Ph.D. in 1993 by the MS University of Baroda as a U.G.C. N.E.T. qualified candidate. He is engaged in active research in his specialised fields like Navya Nyaya and regularly contributing his research papers to esteemed journals of Indology. As a creative writer in Sanskrit he also contributes poems, stories and articles in Sanskrit to various Sanskrit Journals.

Anandabodha Yati is the only significant Advaita Vedantist of eleventh century. Amidst the sway of such great Naiyayikas like Jayantabhatta and Udayanacarya and of Mimamsakas like Salikanatha, it is Anandabodha who keeps the flag of Advaita Vedanta flying and flying proudly. Out of necessity of his times, perhaps, he subjects Advaita tenets to regorous logic, and as a result, comes out with a classic import of Sankara’s own position. He accepts the views of post-Sankara stalwarts also but not blindly. The logicality of his approach has also given him a freedom of views and an originality of thinking.

As the very titles of his seminal works, Nyayadipika, (commentary on SabdaninJ.aya of Prakasatman), Nyayadipavali, Pramanamala and Nyayamakaranda suggest, he is almost a Naiyayika turned Advaitist. A study of his works would have required a grounding both in Nyaya and in Vedanta. That is, perhaps, why a good study of this significant author was still lacking. The present work of Dr. Rabindra Kumar Panda fulfils this long-felt need in an able manner. He himself is a good Nyaya-student turning to Advaita Vedanta and as such he was eminently qualified to undertake such a comprehensive study of this uniquely significant Vedantist. He has deservedly earned his doctorate on this study. Now, when his study is coming out in a book form, I am sure it will be received well by the scholars and be useful for further intensive research on these lines. I congratulate Dr. Panda and wish him well in his further scholarly pursuits.

I have great pleasure in introducing to the world of scholars the present research-work-”Anandabodha Yati: A Study” fully accomplished by Dr. Rabindra Kumar Panda, Lecturer, Department of Sanskrit, Pali & Prakrit, M.S. University, Baroda.

The whole study is divided into nine chapters in which the author has succintly sketched biographical profile of Anandabodha, his ontological, epistemological as well as soteriological theories with all their details. While doing so Dr. Panda has furnished with the complete account and philosophical tenets found in both heterodox as well as orthodox schools of Indian philosophy followed by their criticism and evaluation skilfully presented by. Anandabodha.

The present work which is both critical and comprehensive is based on Anandabodha’s four recondite texts viz. Nyayamakaranda, Pramanamala, Nyayadipavali and Nyayadipika studied meticulously by Dr. Panda who has illustrated the pertinent points by giving apt quotations from the several texts of celebrated authors belonging to ancient and medieval period.

Several thinkers and scholars like Citsukhacarya, Madhusudana Sarasvati, Appayya Diksita, Candu Pandita, Vedanta Desika have been immensely influenced by the versatile scholarship of Anandabodha as cleverly pointed out by Dr. Panda. He has also critically evaluated the contribution of Anandabodha profusely employing Nyaya-terms, syllosisms and dialectic methodology in order to refute the prima facie views and establish the main tenets of Advaita Vedanta.

The present work closes with bibliography and useful appendices comprising of a list of verses composed by Anandabodha as well as syllogisms, maxims (Nyayas) and epigrams contained in his works.

I know Dr. R.K. Panda for the last few years and am greatly impressed by his research acumen.

I hope that the present publication which significantly adds to the Indological literature in general and Advaita Vedanta in particular will be greatly appreciated by the scholars all over the world. 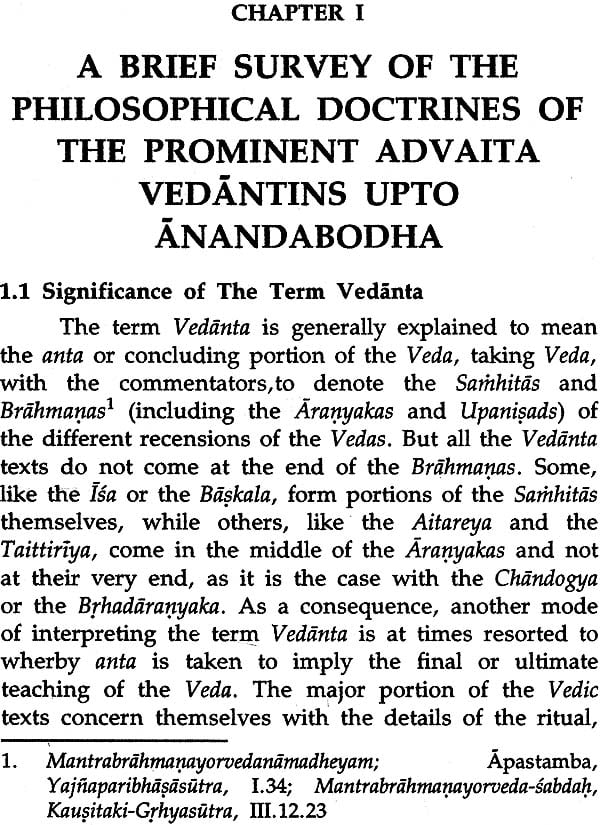 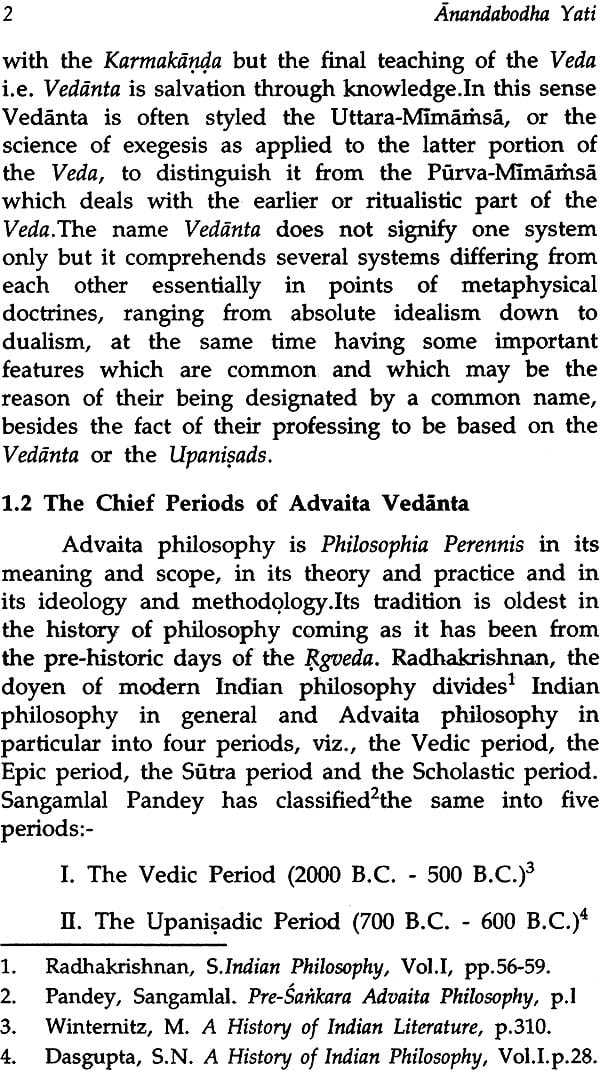 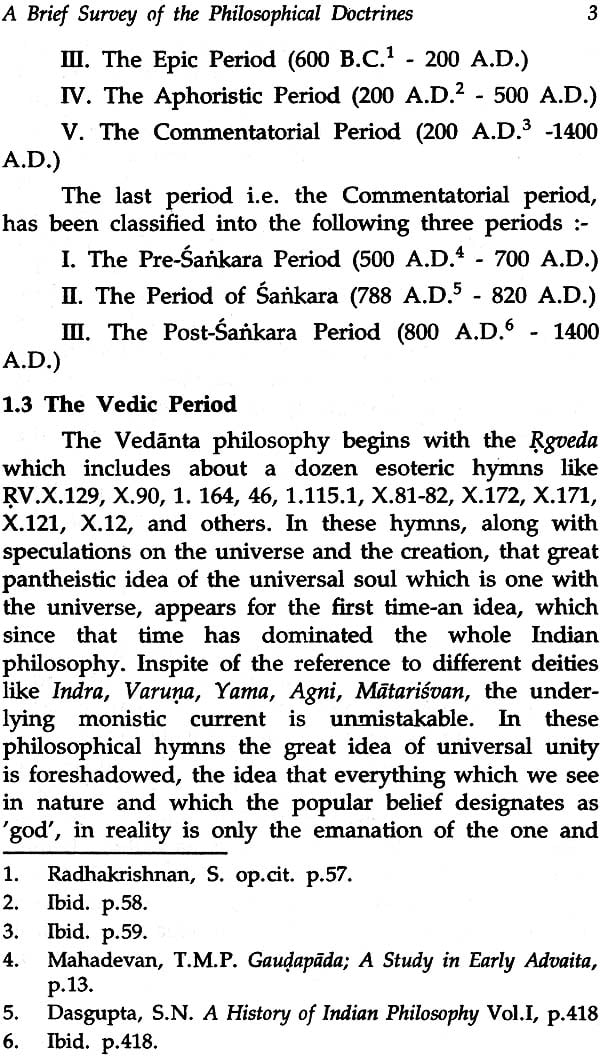 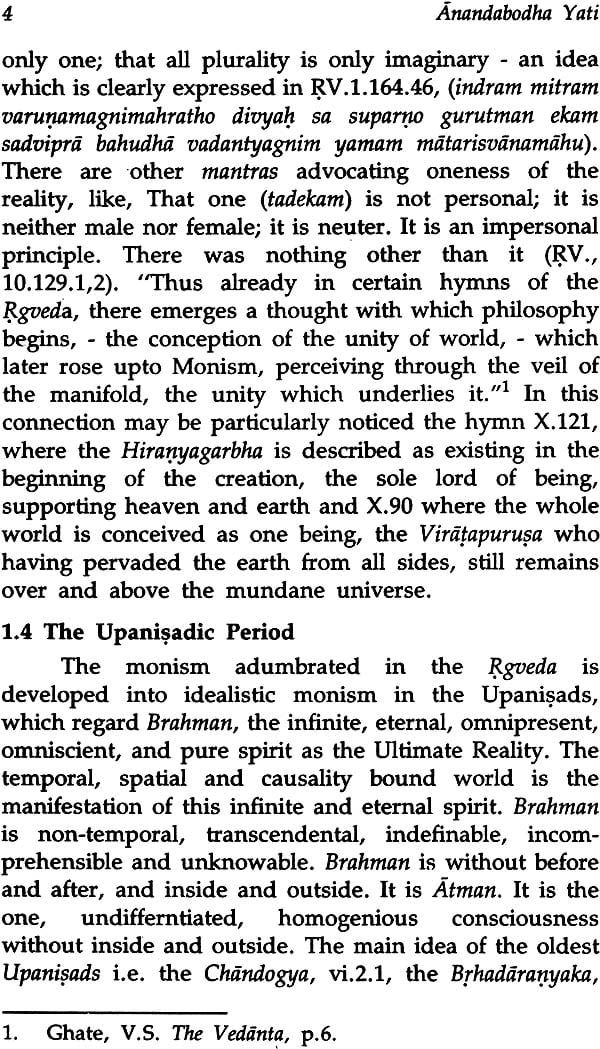 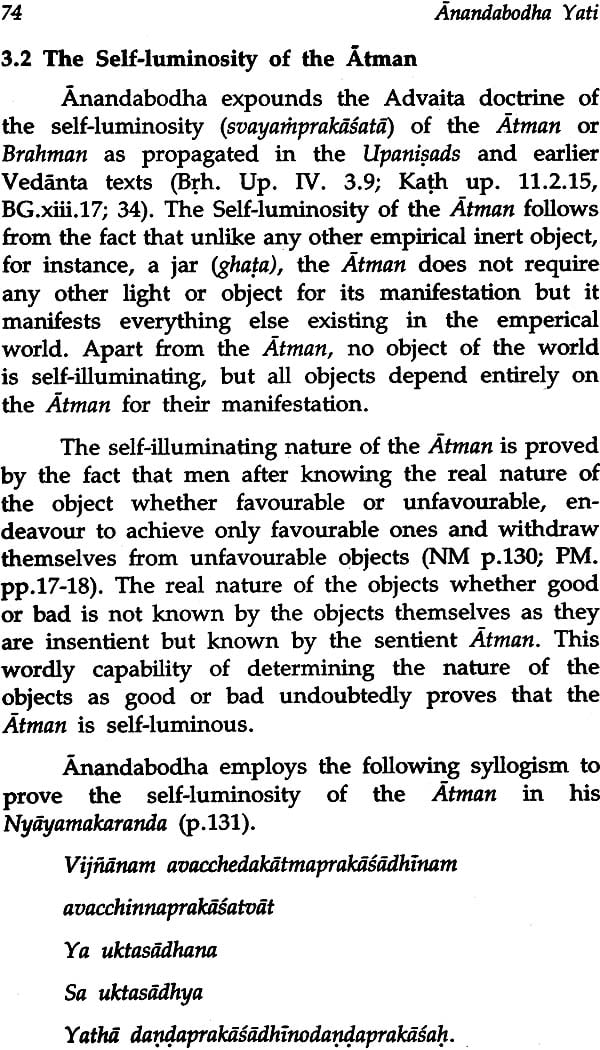 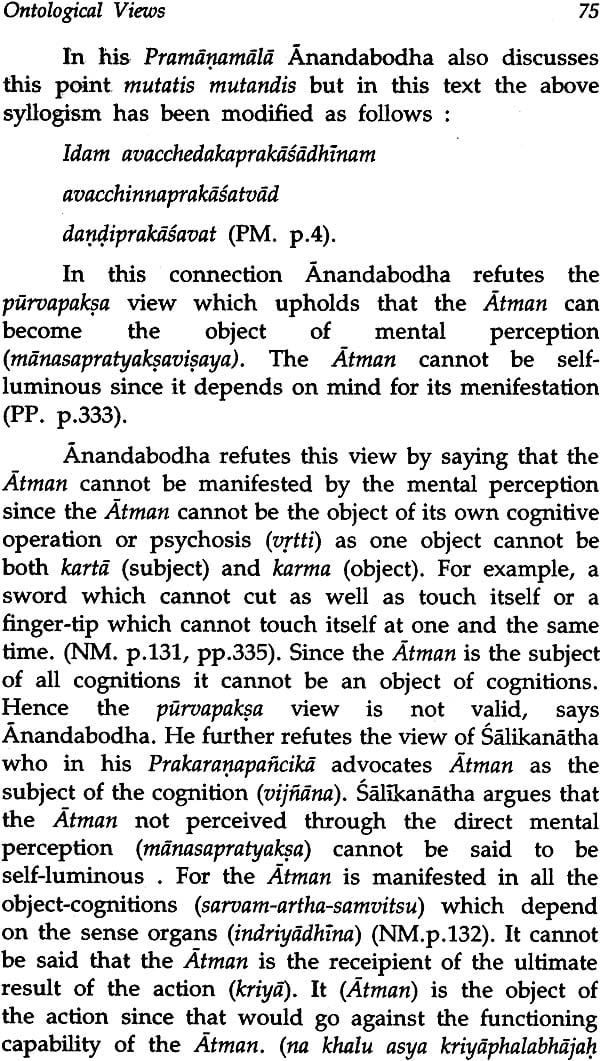 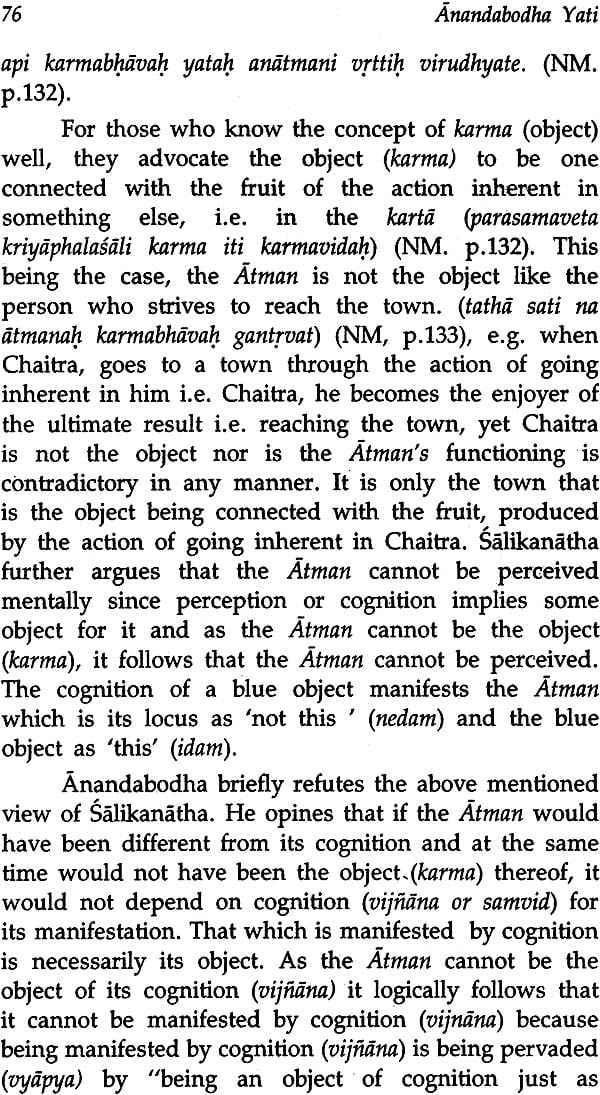 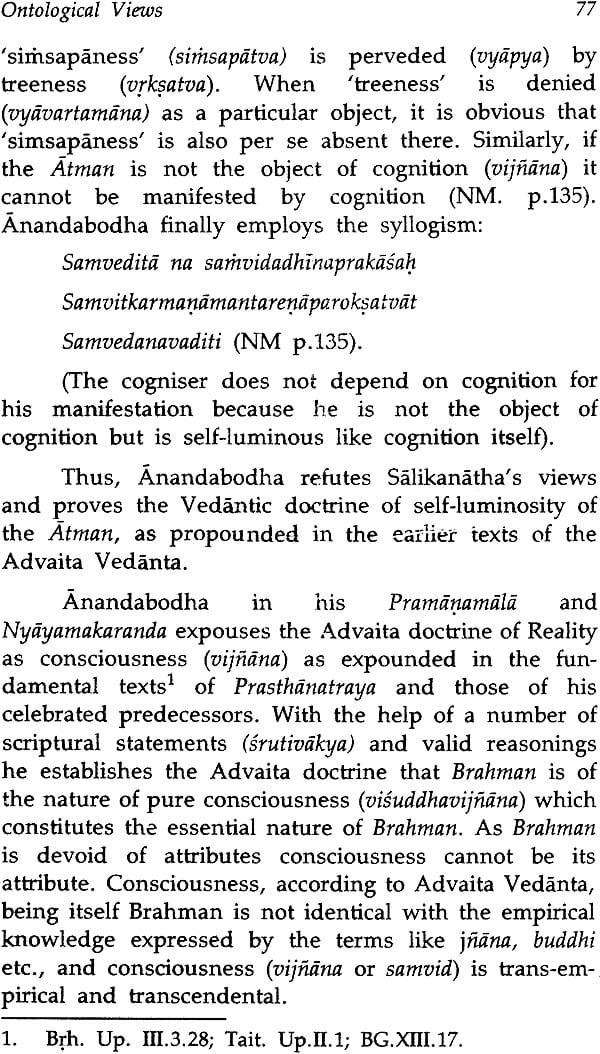 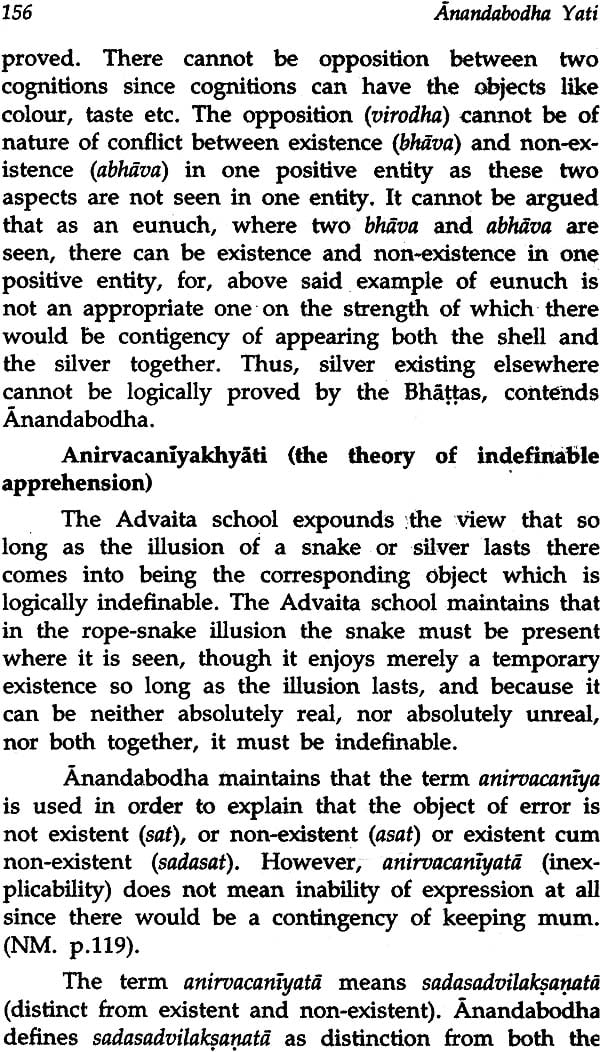 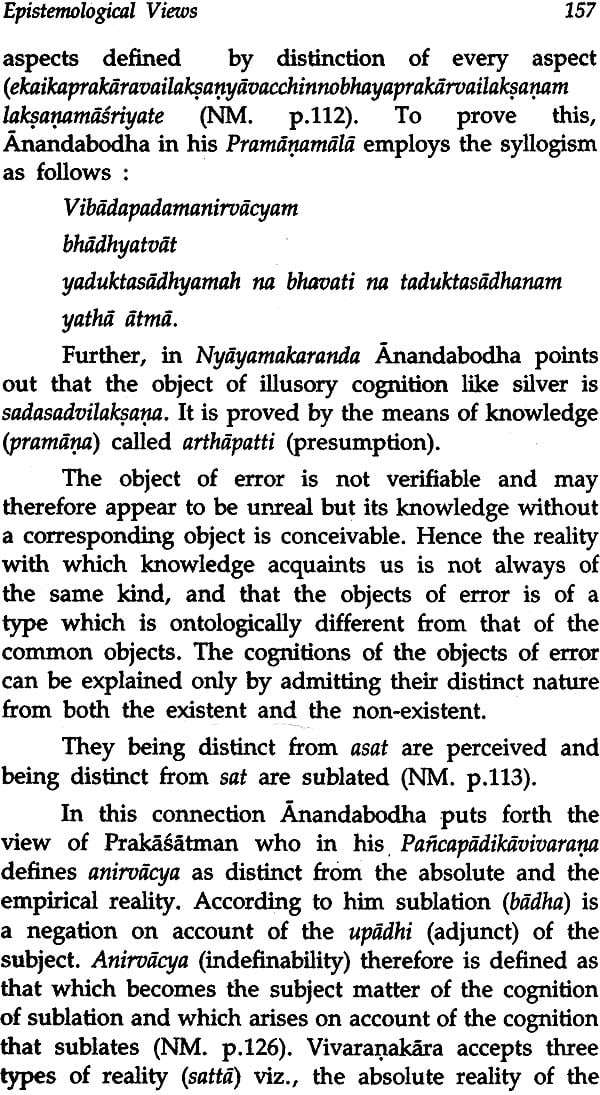 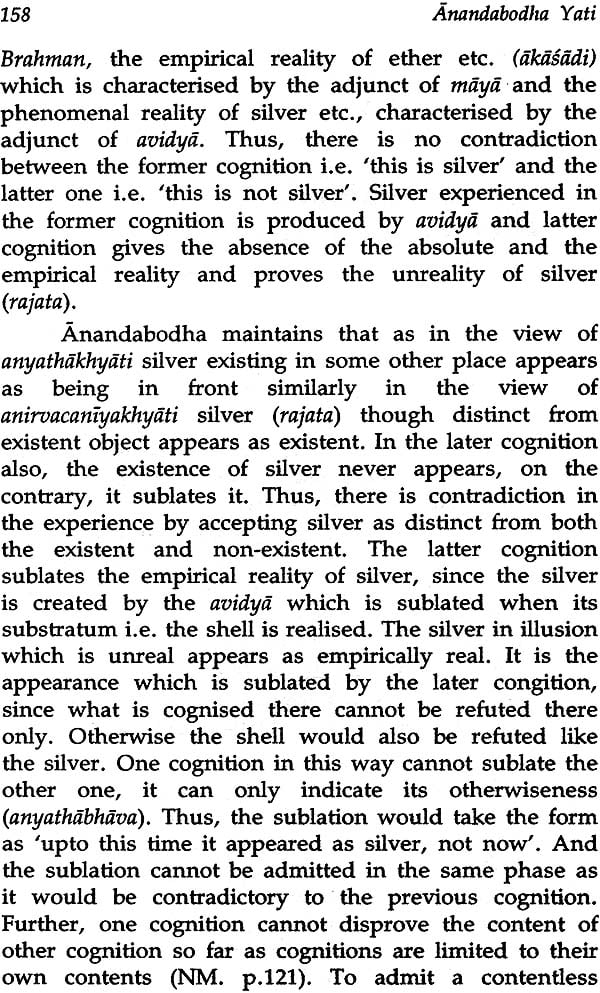 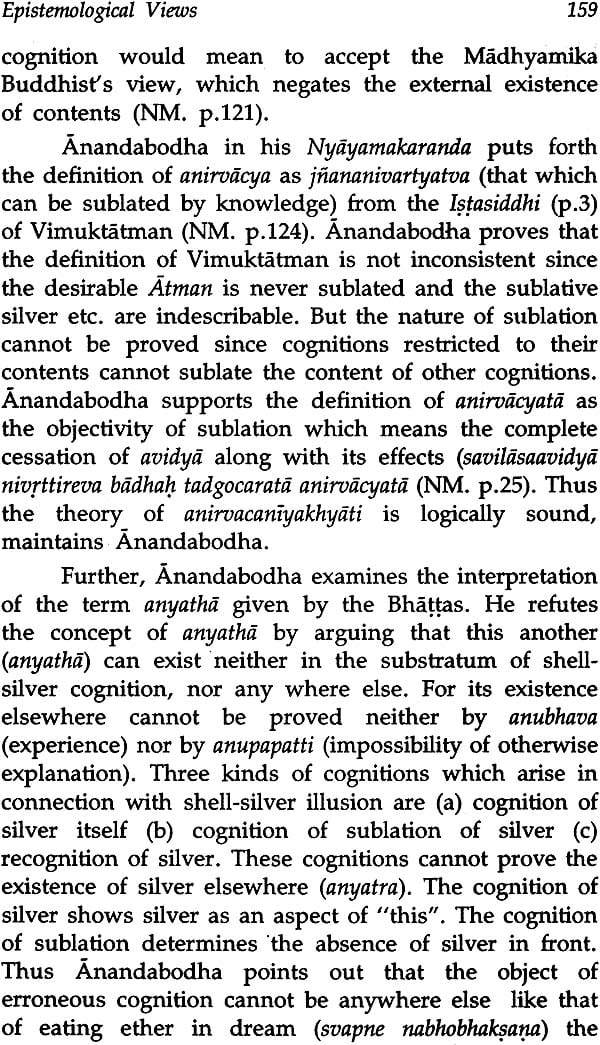 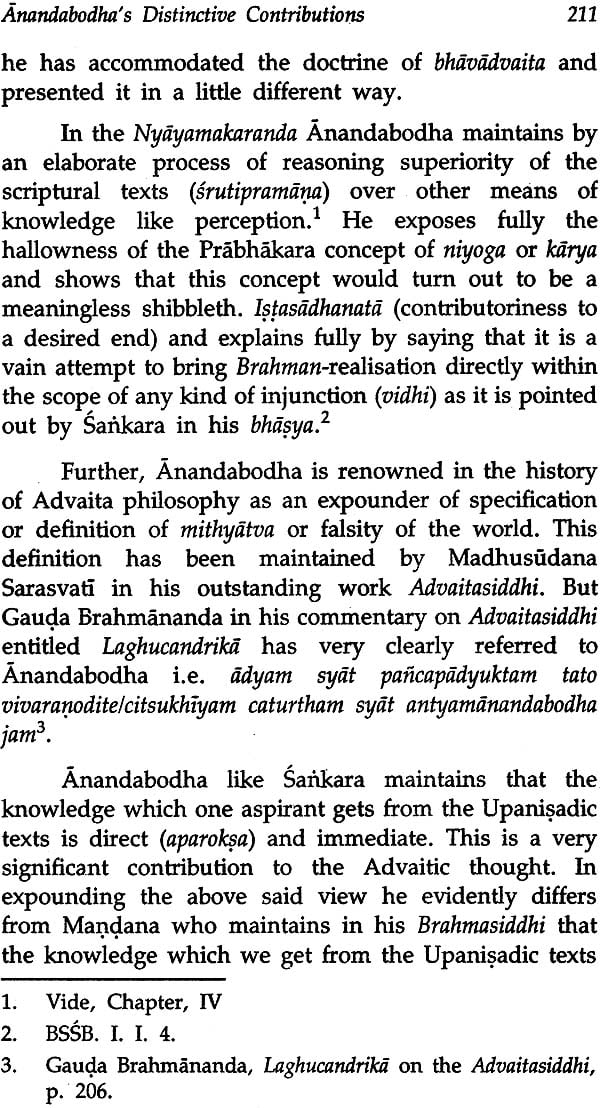 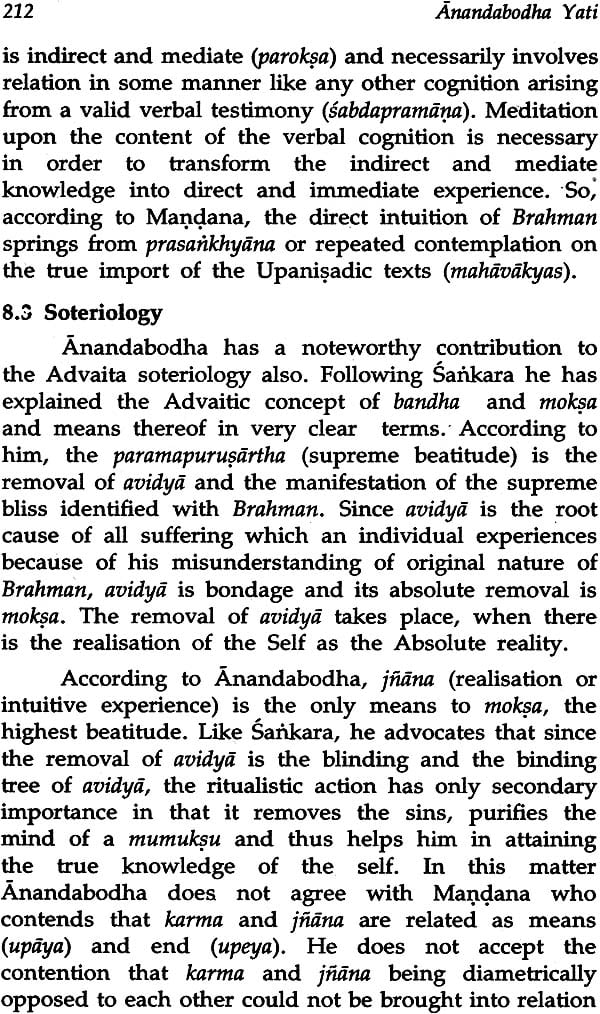 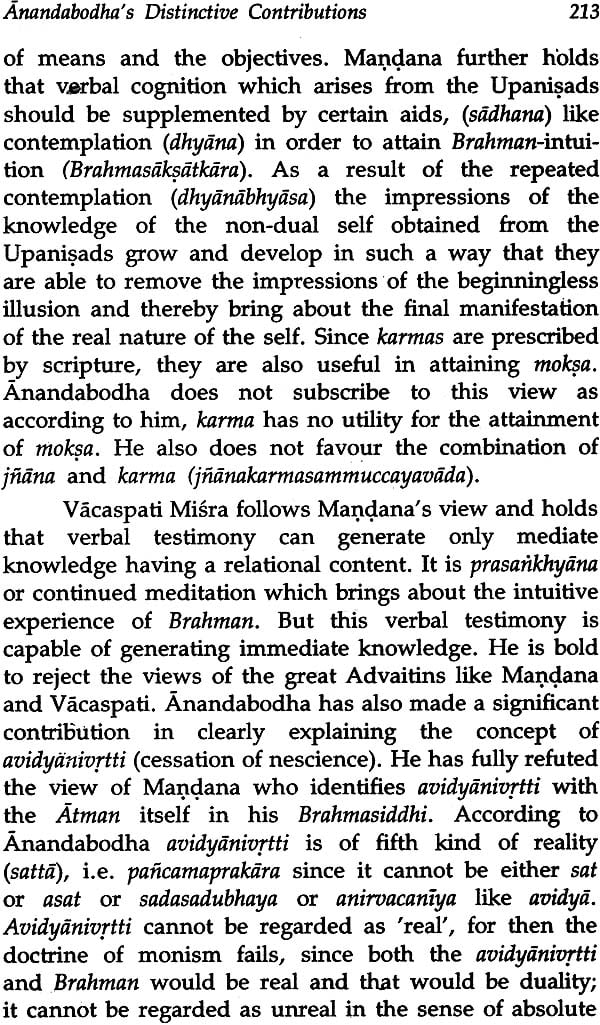 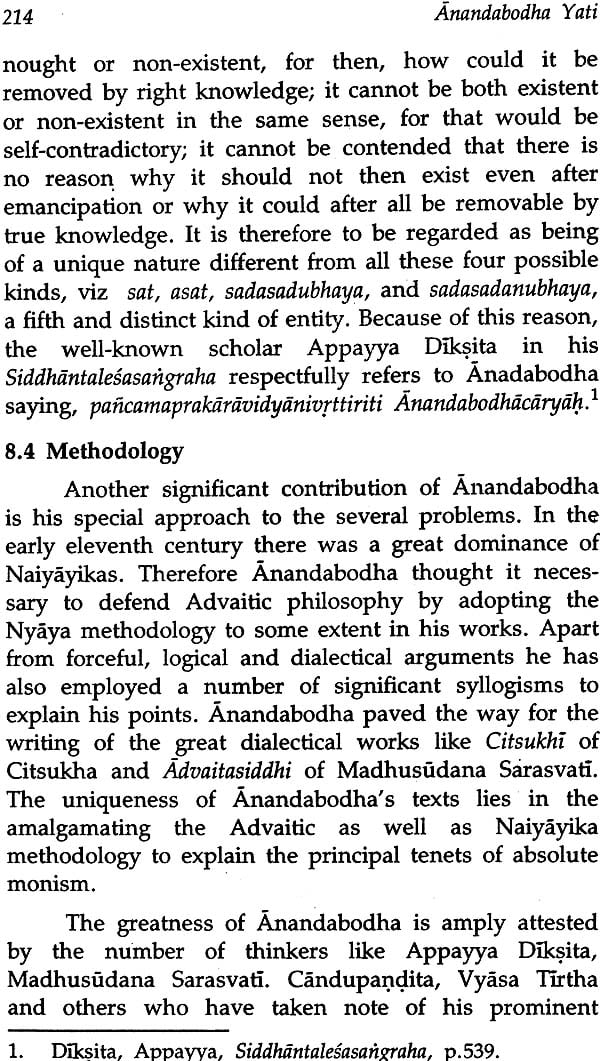