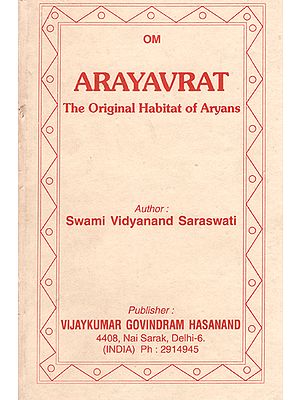 Arayavrat- The Original Habitat of Aryans (An Old and Rare Book)

$24
Quantity
Notify me when this item is available
Preface

History of India has yet to be written. Traditions of modern historical research founded by British scholars of repute were unfortunately coloured by their attitude towards ancient Greece, Egypt and Rome, which have a dead past and in a sense, dead exhibits.

Our available sources of information are inadequate and, in so far as they are foreign, are almost invariably tainted with a bias towards Indian's conquerors. The attempts of British scholars, with the exception of Tod, have indeed, rather than helped the study of Indian history.

The treatment of the British period in most of our histories is equally defective. It generally reads like an unofficial report of the British conquest and of the benefits derived by India from it. It does not give us the real India; nor does it present a picture of what we saw, felt and suffered, of how we reacted to foreign influences or of the values and organisations we created out of the impact with the west.

The history of India, as dealt with in most of the works of this kind naturally, therefore, lacks in historical perspective. Unfortunately for us, during the last two hundred years we had not only to read such histories but unconsciously to mould our whole outlook on the life upon them. Few people realise that the teaching of such histories in our schools, colleges and universities has substantially added to the difficulties which India has had to face during the last hundred years, and never more than during recent years.

In most fields of human activity the Indian elite is more imitative than original. Creative thinking, which political independence should have activated, rarely animates Indian endeavours in literary or historical research. But our teachers and leaders, looking through the eyes of the white man, whose race prejudice, pure and simple, prevails upon him to persist in his views about India, still continues to hold their old, wrong and damaging views about our ancient heritage. Generation after generation, during their school and college career, were told about the successive foreign invasions of the country, but little about how we resisted them and less about our victories. They were taught to decry the Hindu social system; but they were never told how this system came into existence as a synthesis of political, social, economic and cultural forces; how it developed in the people the tenacity to survive catastrophic changes for millenia; how it protected life and culture in times of difficulty by its conservative strength and in favourable times developed an elasticity which made ordered progress possible; and how its vitality enabled its national culture to adjust its central ideas to new conditions.

Even after forty Eight years of attainment of freedom from the foreign yoke, we in our schools and colleges still continue teaching and instilling into the tender minds of our children the same fallacious, divisive and self-deriding material that was designed with nefarious motives to revile and subvert our traditions. The poison injected by them in our young men and women who pass out of the portals of our educational institutions is bearing rotten fruit in the form of our contempt for our cultural heritage and national disintegration. What is surprising and at the same time shameful is that we have ourselves become instrumental in fructifying the aspiratious of Macaulay by merely toeing his line and making matters worse by putting our own stamp of authenticity.

I reproduce below a passage from 'History and Civics' for class six published by N.C.E.R.T.1 New Delhi and prescribed as a text-book throughtout the country -

"Until the discovery of Mohen-jo-daro and Harappa it was thought that Indian history began with the coming of the Aryans. But now we know that it is much older. The Aryans came from outside India, probably from Nort-Eastern Iran. When they first arrived in India they had to fight for the land with the people already living in India. These people they called the Dasyus or Dasas. The Dasyus are described as dark-skinned with flat noses. The Dasyus did not worship the same god as the Aryans. They spoke the language which the Aryans did not understand, because the Aryans spoke Sanskrit. The Aryans who defeated the Dasyus did not treat them kindly and enslaved many of them. The Dasyus had to work for the Aryans and had to do the most difficult and low work.

The Dasyus and those Aryans who had mixed with Dasyus and married them, were called Shudras and were looked down upon. Gambling was their pastime. They ate meat and drank intoxicating drinks like Soma and Sura. They worshipped the Sun, the trees, rivers and mountains. Altars were built and animals were sacrificed." - The Tribune, dated 18.1.1969

While depicting the Aryans in the darkest possible colours, these seeds of discord on the one hand created differences between the North and the South, and on the other hand by labelling sections of the people as high and low castes, scheduled caste and backward class, they have increased mutual dissentions, hatred and enmity among the people. Today the greatest hurdle in the way of forging unity and integrity of India, as also solving many other problems is the wrong notion that the Aryans from some foreign land invaded this country and occupied it by liquidating or enslaving its original inhabitants - Dravidians. And all this is being done by the government of the day through our own National Council of Educational Research and Training.

Political independence has not yet terminated India's cultural and intellectual dependence. Even now whatever is being taught in our educational institutions is 'made in England'. Commenting on this state of affairs, the great scientist, educationist and once chairman of University Grants Commission, Dr. D.S. Kothari said in his address at the International Conference on Science and Technology in 1969 - "I regret that the centre of gravity of India's intellectual life was outside India. We are influenced largely by What happens outside. Indian Universities have been implanted from outside and have not yet taken roots in the country's soil. Indian thought enshrined in ancient Sanskrit books did not find a place in the country's University education. The country should rediscover its ancient heritage."

In most fields of human activity the Indian elite is more imitative than original creative thinking which independence should have activated, rarely animates Indian endeavours in literary or historical research. Researches have revolutionised methods of Vedic interpretation. But our teachers and leaders, looking through the eyes of the white man, whose race prejudice, pure and simple, prevails upon him to persist in his views about India, still continue to hold their old, wrong and damaging views about our ancient heritage. 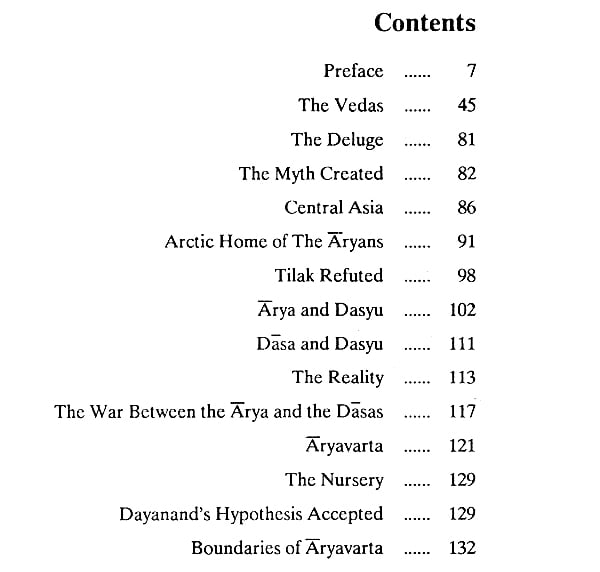 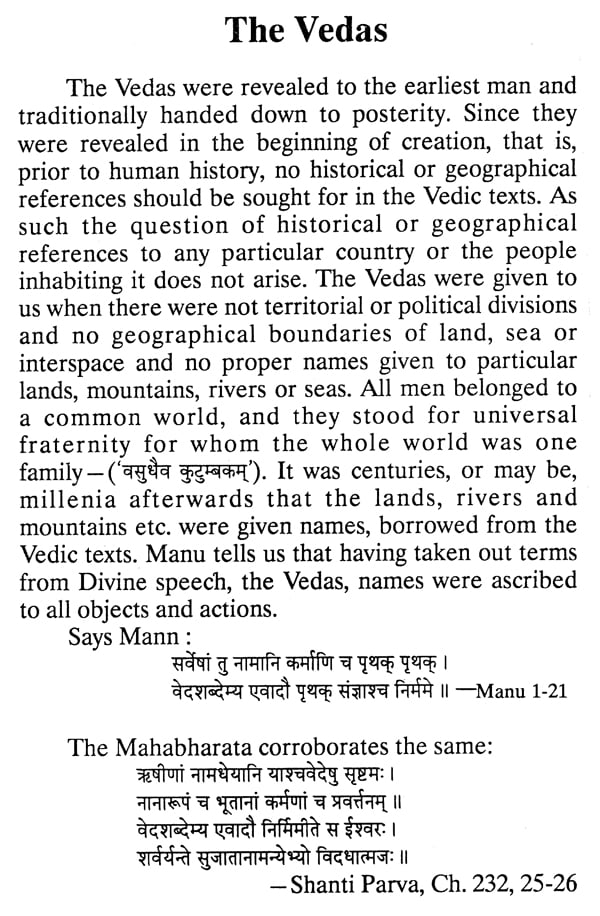 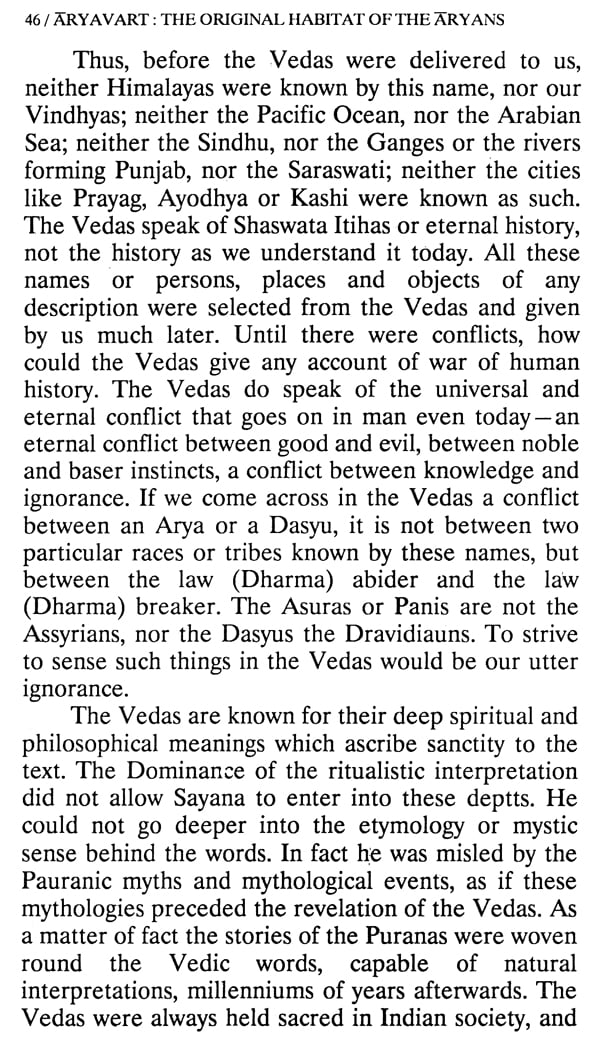 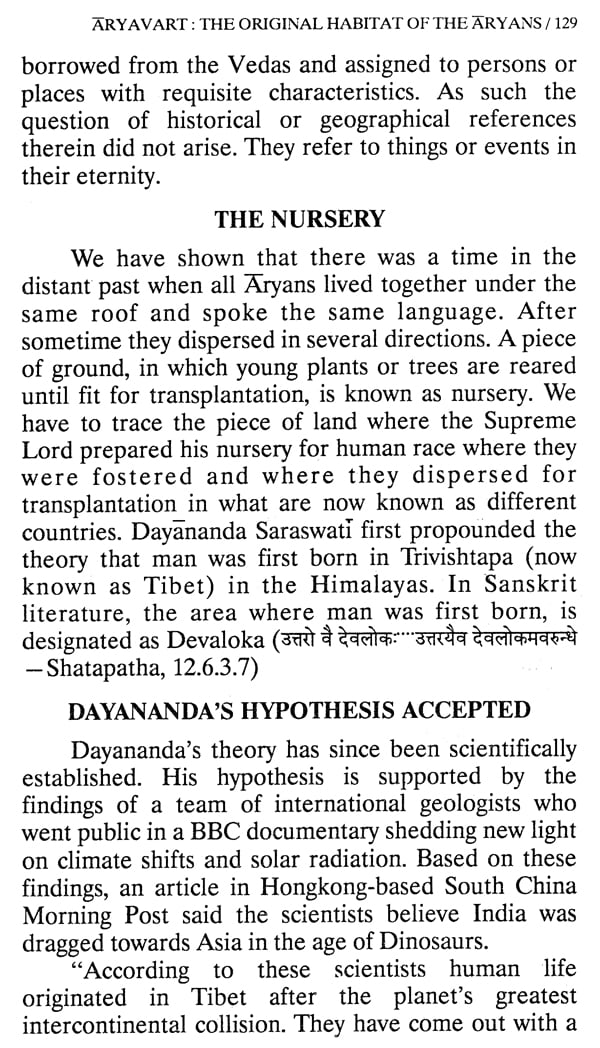 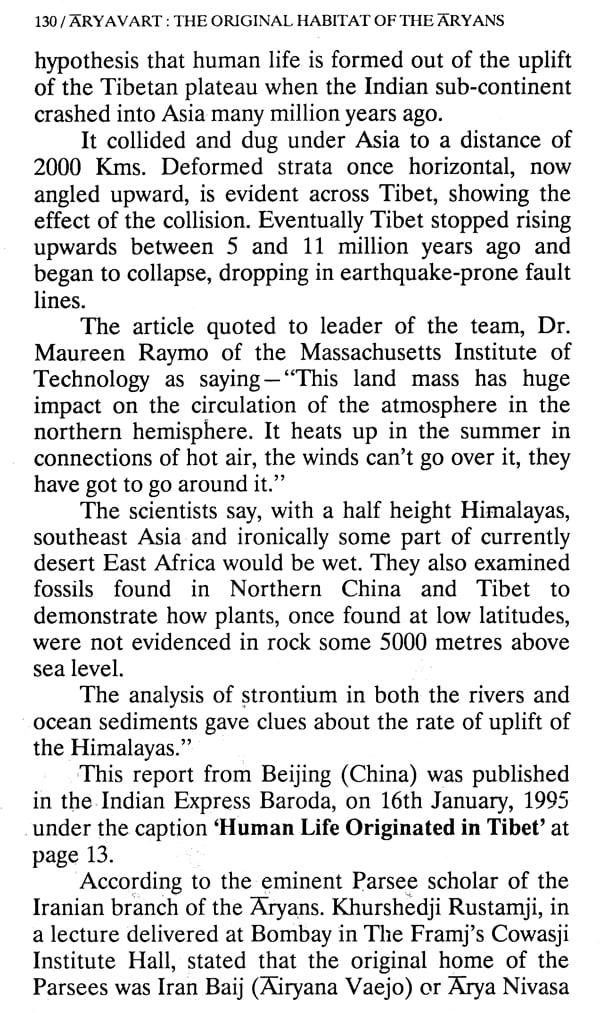 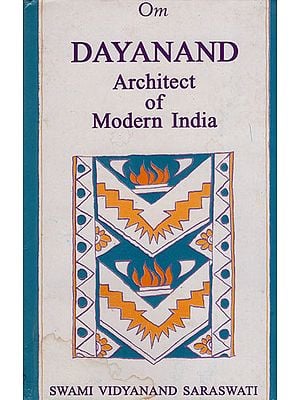