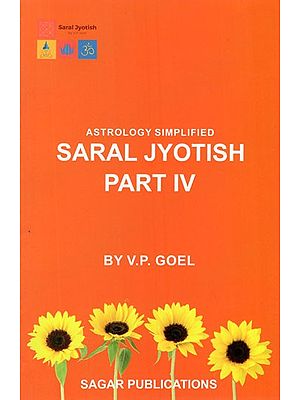 Part 4 of Saral Jyotish deals in the exaltation of planets and the Panch Maha Purush yoga. All possible yogas are analysed for each Ascendant and is illustrated with examples to highlight their results. Modifications of the yogas are discussed which brings out the worth of these yogas. A very useful book for all lovers of Astrology.

Shri Vinod Prakash Goel is a former officer of Indian Engineering Services and served Ministry of Defence, Government of India. He also held senior managerial positions with private companies in India and abroad before setting up engineering, manufacturing and contracting firms.

In the year 1999 and 2000, he was awarded Gold Medal for Jyotish Alankar and Jyotish Acharya at the Institute ofAstrology, Bhartiya Vidya Bhavan, New Delhi. He has written twenty four books on Astrology. Seven books have been translated into Russian language.

I take great pleasure in writing Part 4 of Saral Jyotish and thanks all Astrology lovers for their encouragement and good wishes to continue writing this series.

This part of Saral Jyotish deals with two important features of Hindu Astrology. One is exaltation of planets and the other is Panch Maha Purush Yoga. These features when present in the horoscope brings smile and happiness to the owner of the horoscope. A planet is exalted in 9 percent of time of its movement in twelve signs. A good number of horoscopes will have at least one planet in its exaltation sign. Some horoscopes can have more planets in exaltation but we do not find many highly placed people with this feature. The percentage of successful people is lower than the percentage of horoscope having exalted planets. Sage Garg has opined that in Kaliyuga debilitated planets are desired even when there are three planets in exaltation. The effects of debilitation have been discussed in part 2 of Saral Jyotish.

The results of these yoga are given in simple and easy to understand explanation. Formation of these yoga for each Ascendant is given and will help the readers to apply them on a horoscope. This is equally useful for practising Astrologers and for learners.

A chapter on modifications of these yoga is also included which will be helpful to gauge the potential of the yoga.

My sincere thanks to all Astrology lovers and readers of Saral Jyotish series for their encouragement and comments.

My sincere thanks to Sh. Narinder and Sh. Saurabh Sagar for their support and publishing all my books. 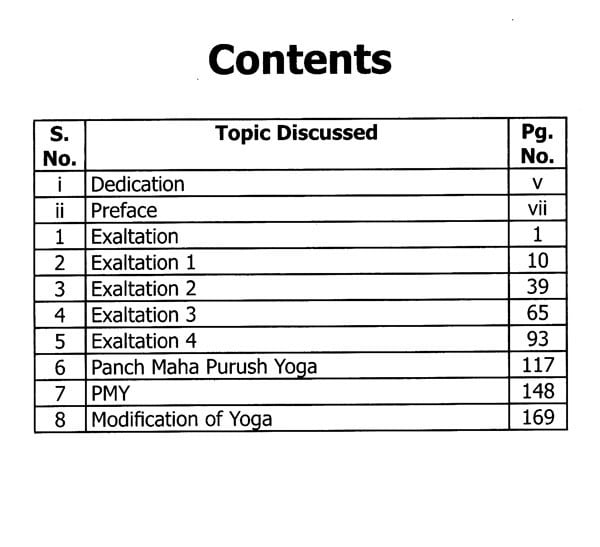 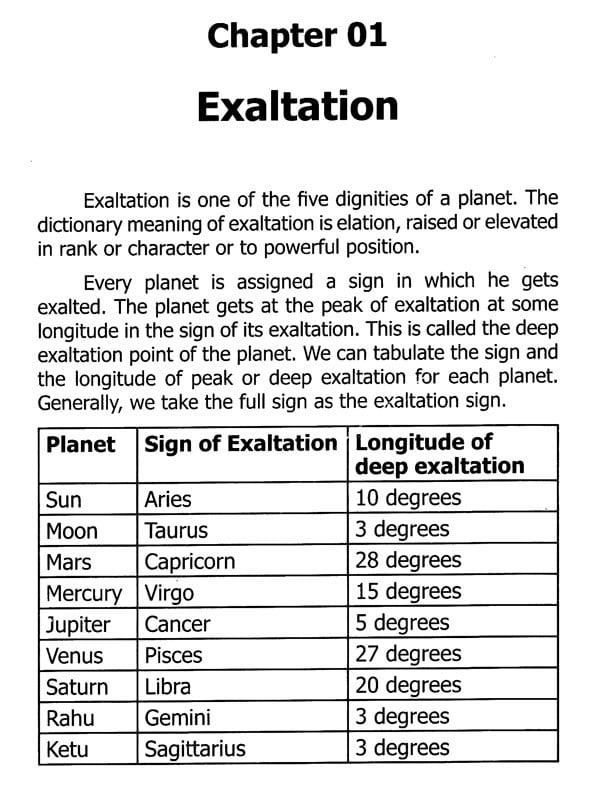 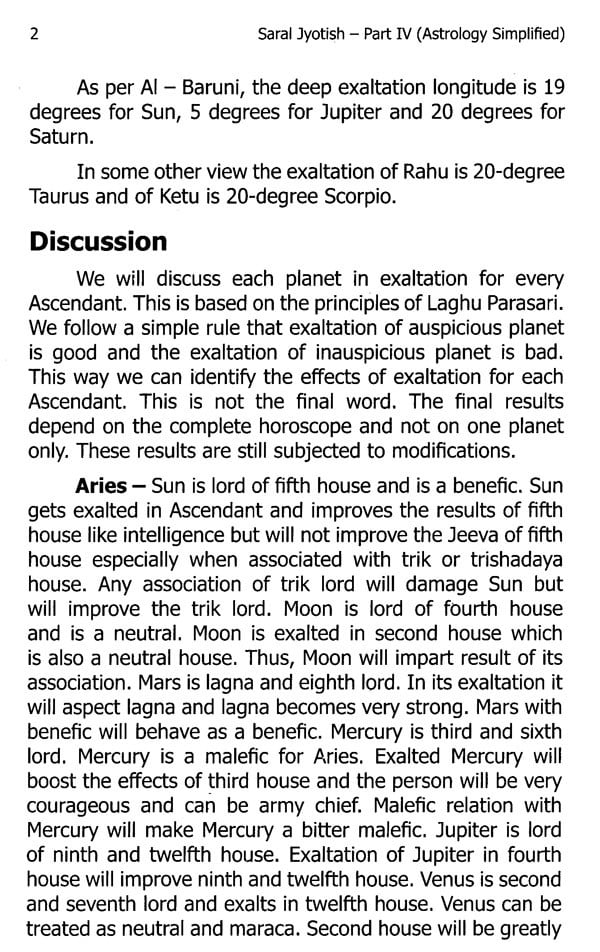 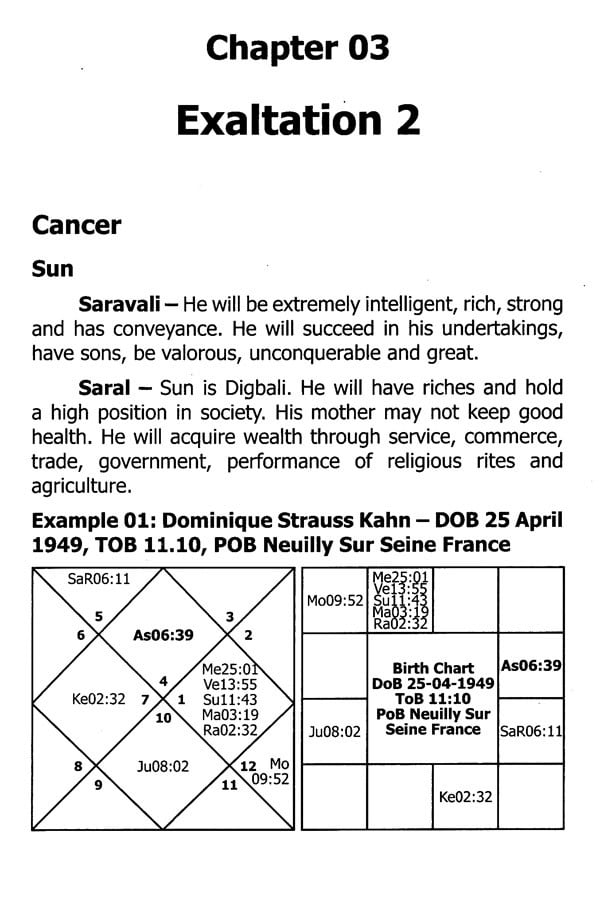 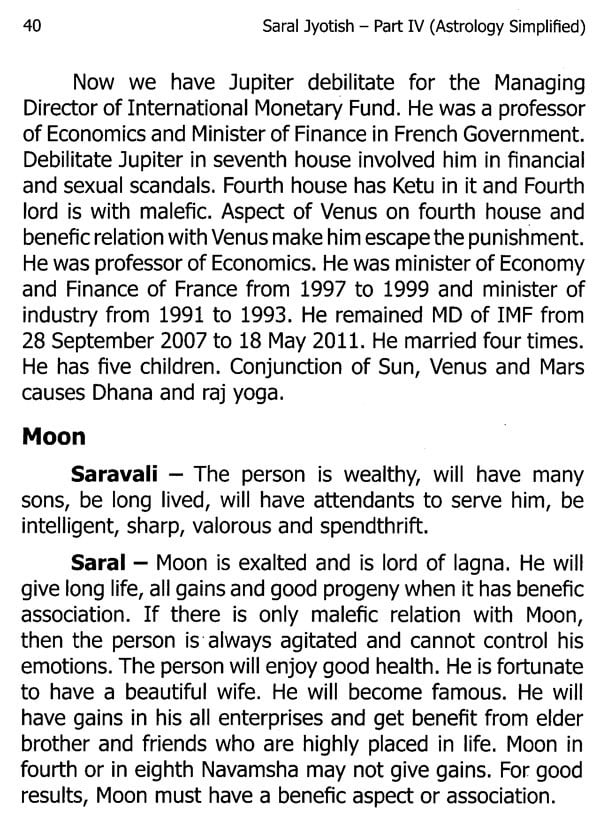 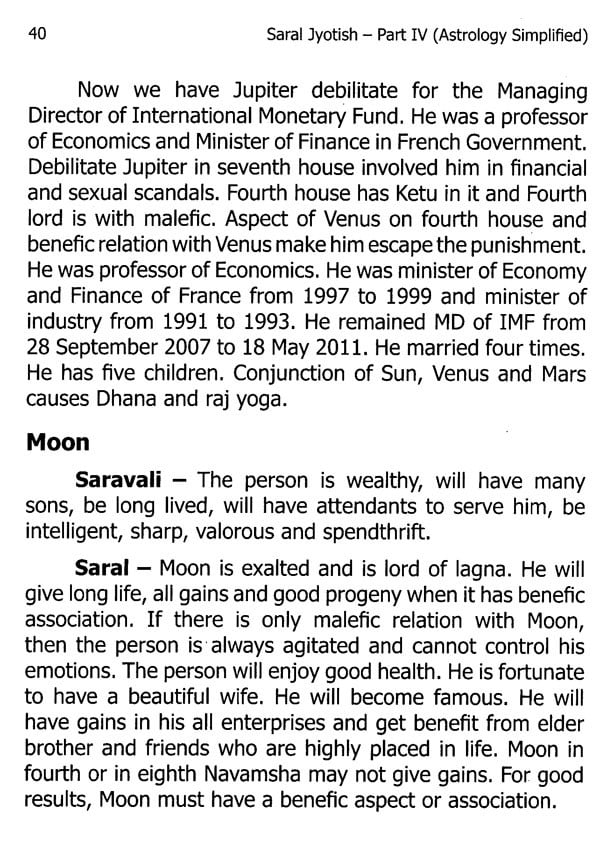 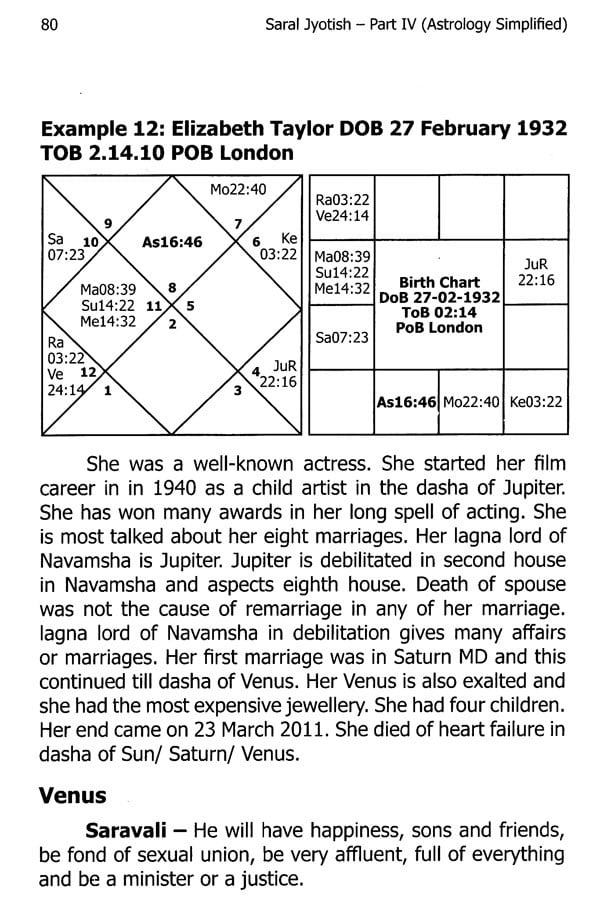 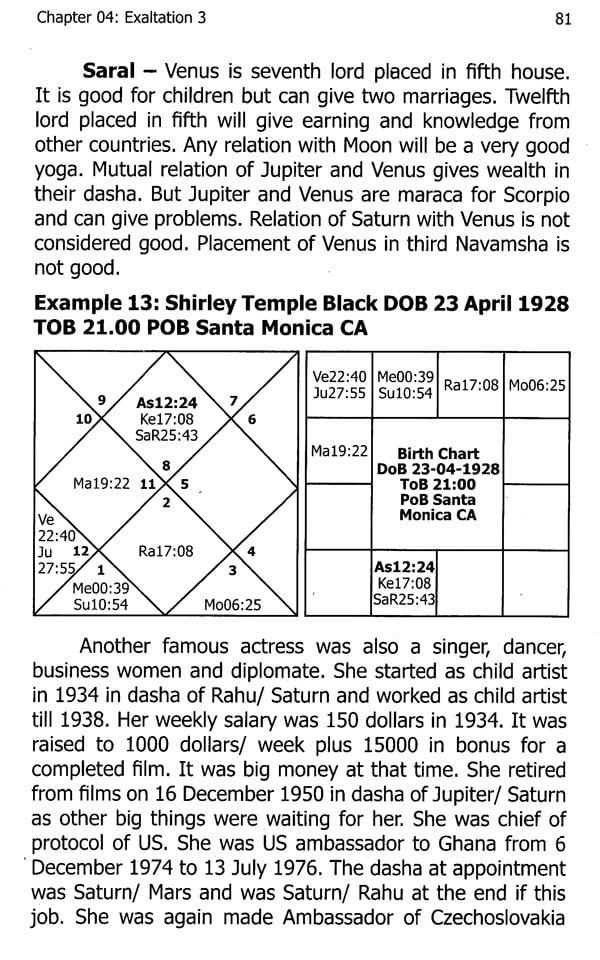 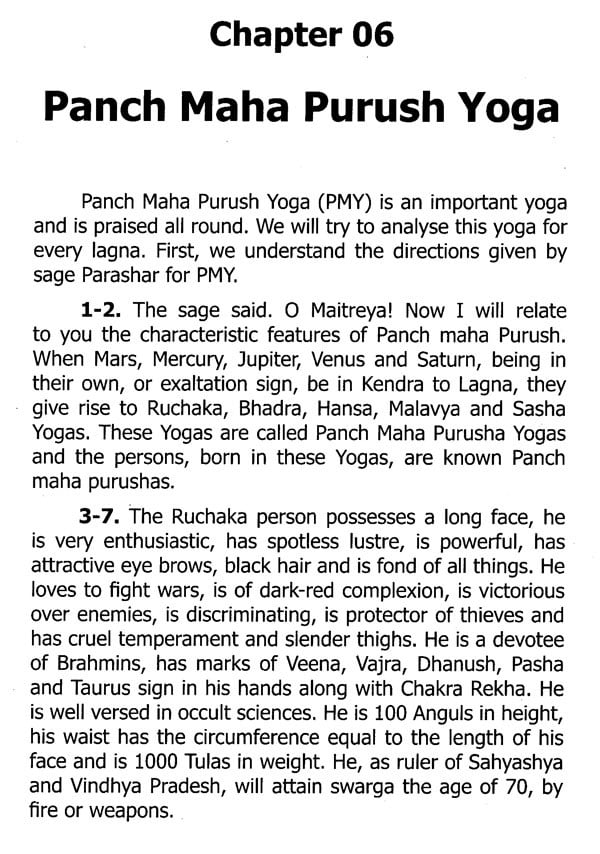 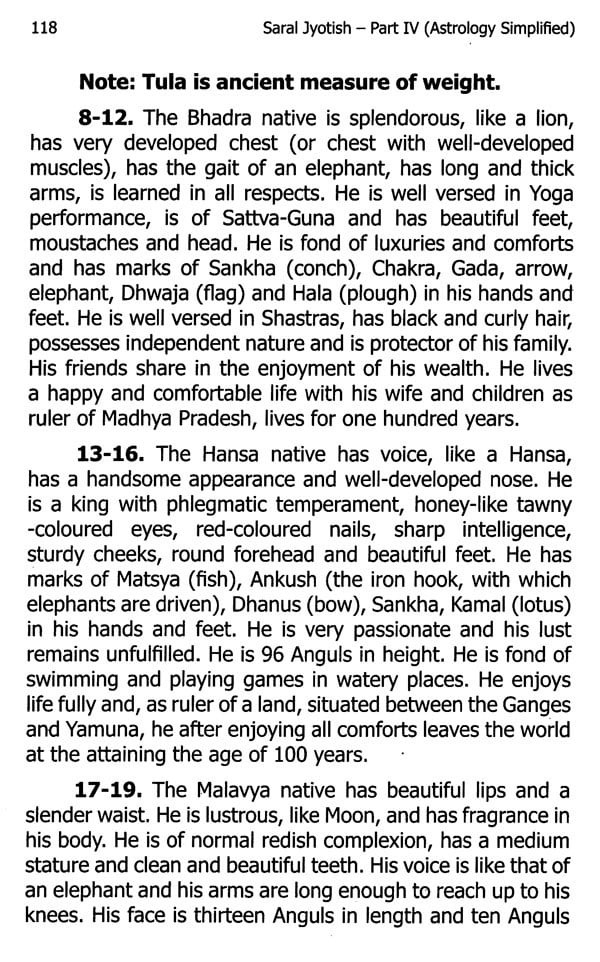 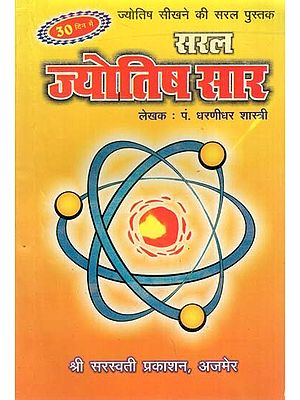 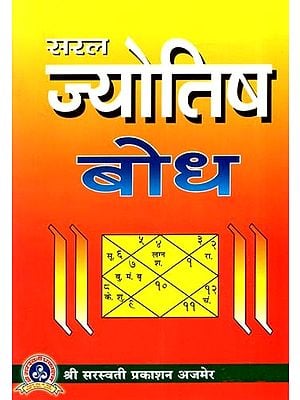 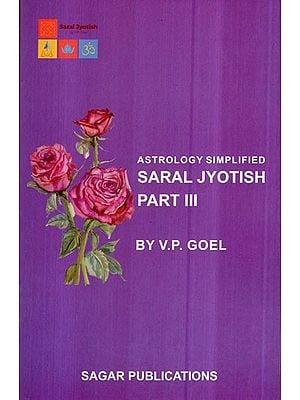 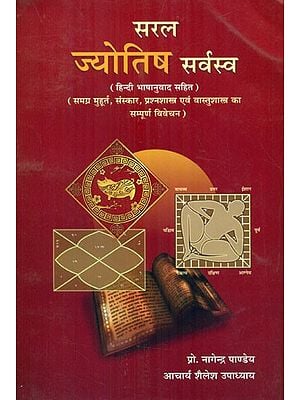 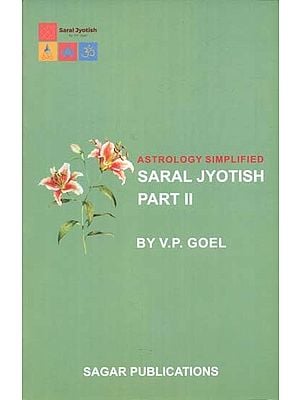 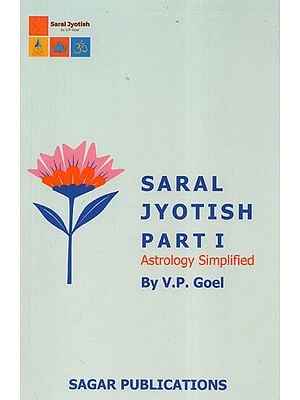 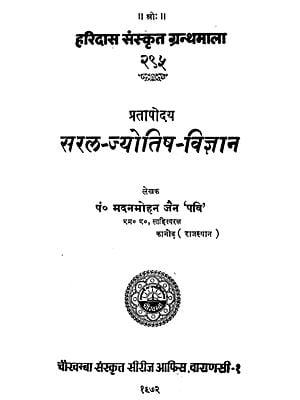 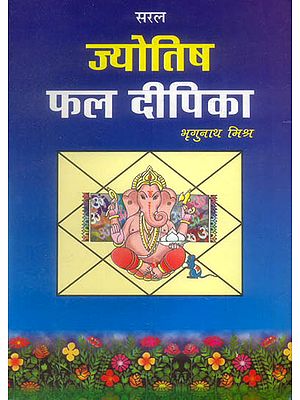 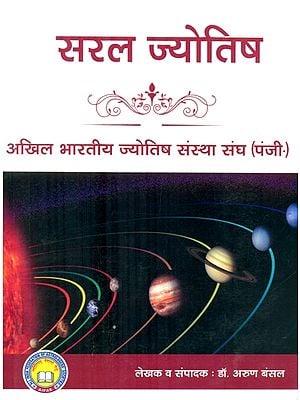