Battleground India: Prognosis of Hindu-Muslim Exclusivism is an interpretive study of the historical spectrum of India from 10th Century to the present period. This period witnessed the rise and collapse of Muslim politico-military powers in India, gradual sprouting of Hindu nationalism and, later germination of Muslim nationalism. Hindu aspirations to assert nationalism, cultural and religious identity, and achieve self-rule; and Muslim endeavours to assert a separate identity as a distinct linguistic, cultural, religious and political entity, have been projected. Initial Hindu reaction to treat the British as the deliverer and the Muslim attitude of aversion led to disproportionate growth of Hindu and Muslim fortunes. The book interprets how Ashraf Muslim and the British connived to thwart Hindu nationalists and perpetuated the ‘Two Nation’ concept on the basis of religion, which finally succeeded in dividing the people, irreconcilably. The evolution of Muslim separatism since 1857 has been scientifically studied sand discussed. The growth of Hindu majoritarianism and assertion of identity has also been chronicled.

The mindset of ‘living together separately ‘ persisted even after Independence. The Indian Muslim continued to carry the burden of a minority identity crisis. The ambience of exclusivism continued undated. Alleged minorityism practised by the state and Muslim clamour for better share evoked sharp Hindu reaction. Battleground India has examined all these aspects both at macro and micro levels. The first unbiased projection of the deteriorating grass roots conflict prognosticates bad news for national unity and integrity.

Moloy Krishna Dhar is a product of Calcutta University. After joining the Indian Police Service in 1964, he was seconded to the intelligence Bureau, a platform that offered him in-depth perceptions and insight into Indian politics, insurgegency, counter-terrorism, counterintelligence and other ground realities of the nation. After retirement, he took to freelance journalism and authored many literary works. Some of his bestsellers are Open Secrets: India’s Intelligence Unveiled, Fulcrum of Evil ISI, CIS, AI Qaeda Nexus, Operation Triple X, Black Thunder, We the people of India: A Story of Gangland Democracy, Shakti and Train to Pakistan.

I did not wake up in the ambience of Hindu-Muslim exclusivism in my Meghna-Brahmaputra basin village in East Bengal. The first wave had hit us during the Direct Action in 1946, when we got up to the reality of living together separately. The post-partition shock waves had rocked us and the signs of fissures in the social landscape devastated our memory of history of India. In 1950, we had to cross over to a new India after wading through streams of blood and mounds of dead bodies. Migrating to Calcutta was a. traumatic experience. The ambience of exclusivism, hate and anger pervaded the air.

I am not a historian. The mystery and history of the ambience of ‘living together separately’ was first partly cleared up by Prof Hiren Mukherjee (former MP) who briefly taught us history at Ripon College. His analysis started from the visitations of several civilizations to India and the distinct differences between earlier visitations and advancement of Islamic forces to the subcontinent. His personal conclusion was that the meeting of the two civilizations had not created a composite civilization. The two streams of people developed in diverse directions.

His encouragement inspired me to have a deeper look into the interpretive aspects of the history of India, besides eulogies and condemnations recorded by several historians. The quest continued, and I had the opportunity of reading and interpreting the nee-history written by Pakistani historians and sociologists. I pursued the subject for three years with a professor of Carleton University, Ottawa, Canada, during my posting there. It took 15 long years to search the history of the subcontinent written by several Indian, Pakistani, Bangladeshi and western authors. My special study focussed on studies on communal relations in the subcontinent. My service tenure offered opportunity of studying the sociological, cultural, economic and communal spectrums of both the Hindu and Muslim communities of the subcontinent.

Personal ground research in several areas of Assam, Paschimbanga, Bihar, Uttar Pradesh, Maharashtra, Gujarat, Kerala and other states helped me to fathom the width and depth of the fissures in our socio-political and cultural ambience. Post 1970 developments in South Asia, Afghanistan, Iran and seeding, sprouting and spreading of Islamic jihad had added new dimensions to the Indian spectrum. Strident growth of Islamic militancy and ideological contamination of sections of Muslim youths had given fillip to the seeding and growth of Hindu fundamentalism and militancy. Newton’s Third Law of Motion had come to affect the social and political spectrum of the society. Separatist ideology inspired certain sections of the Muslims. Hindu response condemned alleged minoritism practised by certain political forces. Craving for distinct Muslim identity was responded by strident call for assertion of Hindu identity and affirmation of majoritarianism.

Both the communities memorized the past history and historicized the memories drawing granite walls of division. That granite wall had made both the Hindu and Muslim communities to ‘live together separately’ for over ten centuries, ignoring the facts of marginal assimilation at undefined verges. The country appears to be back to the situation of 1935-37 when communal division had resulted in division of minds and partition of the country. Whatever measures are taken by the governments to elevate the self-imposed backwardness of the Muslims, generate two reactions: Hindus interpret these as minority appeasement for vote bank considerations and Muslims feel that very little has been done. They desire to have extra-special patronage. Vote bank uncertainties compel the political forces either to adopt more appeasement policies or stridently oppose any additional concession to the minorities. This vicious circle has added to the tectonic drifting process of social, cultural and religious groups. Votes have become more important than cohesiveness of the national fabrics.

Battleground India-Prognosis of Hindu-Muslim Exclusivism is a combination of historical study, interpretation and evaluation of the social, cultural and traditional spectrums of the country and dispassionate dissection of the anatomy of communal explosions and trends of Internet warfare-what is described as iMuslim and iHindu electronic weaponries.

Special emphasis has been laid on analyzing the towering personalities who fashioned the destiny of South Asia from the day the British occupied the throne of Delhi to the partition of the country. Such figures include Shah Waliullah, Sir Syed Ahmed, Pre- Gandhi stalwarts such as Bal Gangadhar Tilak, Bipin Chandra Pal and Lala Lajpat Rai. Obviously, Mohandas Karamchand Gandhi, Mohammad Ali Jinnah, Subhas Chandra Bose, Jawaharlal Nehru and Wins ton Churchill were the key characters. A detailed analysis of these personalities has been included without malice and favour. No effort has been made to deify or demonize any of the towering leaders. Dispassionate history is not a bouquet of tributes; such history is precise clinical and surgical truth often rejected by mythology and eulogy lovers. History is a merciless scalpel. If used dispassionately, major tectonic fissures can be avoided.

The book makes effort to analyze how Hindu and Muslim nationalism started growing in parallel streams leading to mirage of belief that the Congress represented the entire people of India and the Muslim League and Jinnah espoused causes of the entire Muslim masses of the subcontinent. The truth was: Congress basically represented Hindu interests. Barring a few secular Muslims, most of the Muslim intellectuals boycotted the Congress. For a brief period, during the Khilafat Movement, Gandhi tried in vain to unite the Hindus and Muslims. This had a devastating impact on communal relationship.

In Battleground India, efforts have been made to conjoin the historical events before Partition and the events after independence of India. No composite socio-political study has been carried out so far by juxtapositioning the past with the present panorama. The past is important to understand the present and prognosticate the future. In this quest, detailed studies have been made from open sources and through ground research over a period of nine years. Both Hindu and Muslim points of view have been presented impartially. Examination of the entire spectrum prognosticates systemic and organic fault lines, which do not auger well for the unity and integrity of the country. This is the final chance for introspection and adoption of programmatic consensus actions to reunite the widening chasm. Missing the chance may be a historical blunder.

Hindu Views and Ways and the Hindu-Muslim Interface: An Anthropological Assessment - An Old Book
By Agehananda Bharati
$16.80 $21.00  [ 20% off ]
FREE Delivery

Remembering Sylhet (Hindu and Muslim Voices from a Nearly Forgotten Story of India's Partition)
By Anindita Dasgupta
$24.80 $31.00  [ 20% off ]
FREE Delivery 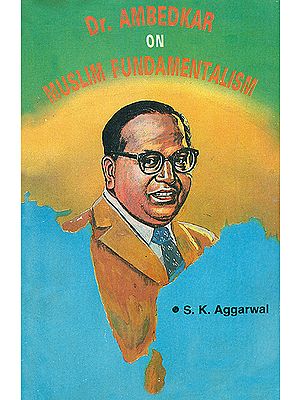 Dr. Ambedkar on Muslim Fundamentalism (An Old Book)
By S. K. Aggarwal
$5.00
Out of Stock 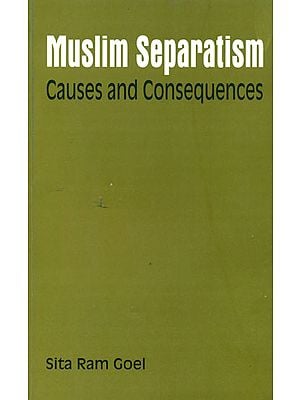 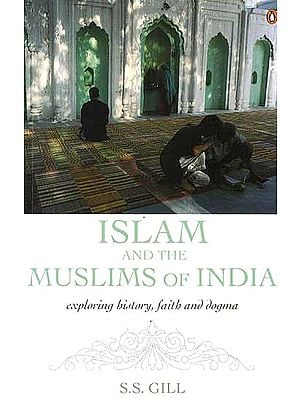 Islam and the Muslims of India Exploring History, Faith and Dogma
By S.S. Gill
$29.00
FREE Delivery