A chance comment in 1974 bred Peter Brook and Jean-Claude Corriere with the idea of producing a play based on the epic. Together they travelled across India, searching for all possible theatrical forms of the great poem. The result was an epic play—nine hours with two intermissions—later made into a film and a TV series, which has become a landmark in theatre. Another result was this delightful book made from the notes that Corriere jotted down during his travels, whose charm is enhanced by his piquant illustrations that run through the pages.

The 'sacred frenzy' of Theyyam in a Kerala village and the intricacies of Kathakali are interwovzen with their encounters with the aged Shankaracharya of Kanchipuram, a 'one-in-three saint', and the towering Satyajit Ray in Kolkata. Here they also meet Professor P. Lal, who has been working for twenty years on translating the Mahabhararta into English. It is uignettes like these that make their search for the epic into a journey that shows India, through Carriere's words and sketches, in a way it has never been seen before.

Jean-Claude Carriere was the main reason I stuck out what turned out to be a life-changing five-year adventure for me.

It was April 1984. I was five months pregnant with my first child, and had been in bed with jaundice for four months. That is how Peter Brook, Jean-Claude, Marie-Helene and the two designers, Chloe and Pippa, first saw me, at my home in Ahmedabad. Two days earlier I had received a telegram from my friend, the cultural attache at the French embassy in Delhi, saying that they wanted to see me. I was surprised and presumed it was for some minor role. I didn't know Peter's work but had read news reports of his casting quest in India. Within ten minutes of our meeting, Peter asked me to audition for the role of Draupadi. I was flabbergasted. Draupadi had always been my favourite character, feisty, unyielding, vocal. There was a catch, of course, and that was that the play was in French (I didn't know the language) and that the contract would be for two years. I was about to be a mother, had just started a publishing company with my then husband, and the prospect sounded frightening.

However famous Peter was, I knew that I had to like his work before even considering the offer. In New York a week later I watched his Cal"Mell, and was blown away. I told Peter I would audition. I was flown to Paris and made to do an audition at two in the morning at Peter's theatre, the Bouffe du Nord. I was offered the role, three weeks off early rehearsals to have my baby, and that was that.

Moving to France with a tiny baby, setting up home for the first time, not speaking the language, in the midst of the worst winter in years, with frozen piping in my apartment, and a rehearsal space which was an eight-floor walk up, was hard. And I disliked the atmosphere of the rehearsals. Every other actor was a star theatre actor from one country or another. I was a dancer. I was the only Indian and the only one amongst the actors who knew and had read and reread many versions of the Mahabharata. I had problems with women being interpreted as shrews. (There are no shrews in the Mahabharata, I told Peter, only Shaktis!) I disagreed with the way many scenes were interpreted. And I only had Jean-Claude to turn to, a man in charge, English-speaking, encouraging and understanding of my loneliness and despair.

I learnt French. Began to speak it well, in fact.

I learned to hold my own. I made good friends. I started unpeeling myself like an onion as an actor. I learned to be knowledgeable enough to be able to put up cogent arguments for why I thought certain scenes were wrongly interpreted. Previews started. I found women of all kinds reacting positively to my interpretation of Draupadi. We started touring the world. Then came the English version, then the film. And five years had gone by.

All the performance work I have done since, the work I create to bring about changes in mindsets and attitudes, were born in my experience playing Draupadi to diverse audiences. The confidence I got as a storyteller also comes from there. And through it all Jean-Claude remained a friend to turn to, a shoulder to cry on, and a buddy to celebrate with.

This book has been a fascinating read for me too because it predates my adventures with the troupe. And his squiggles are always a delight, capturing as they do, the prang of the figure he has drawn. 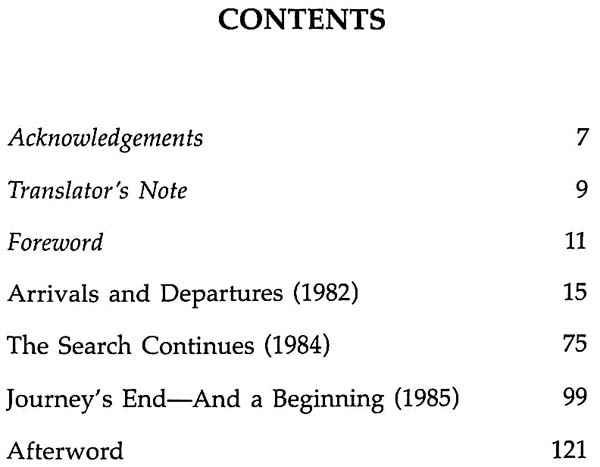 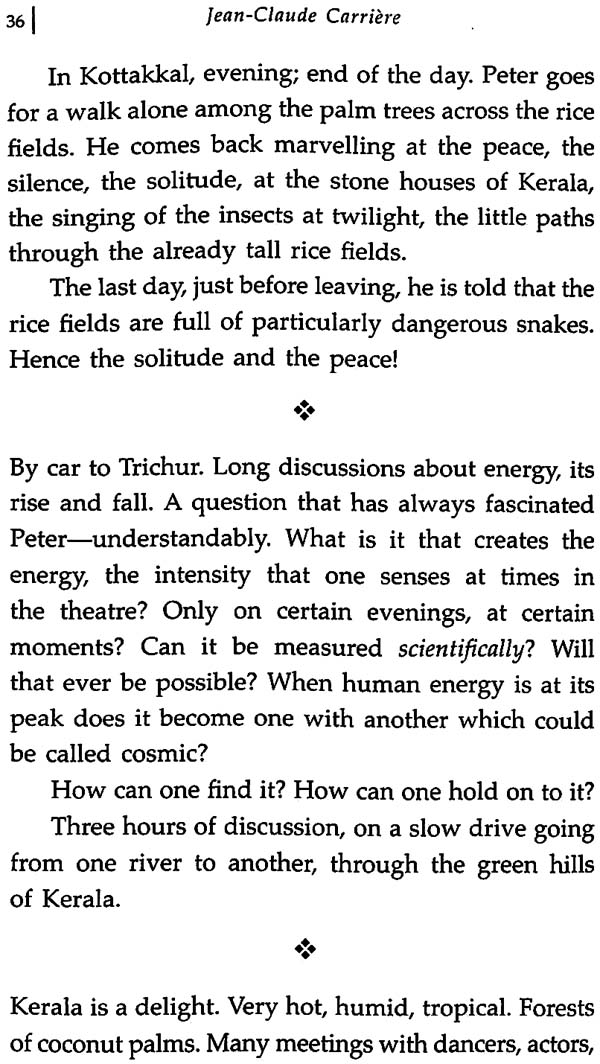 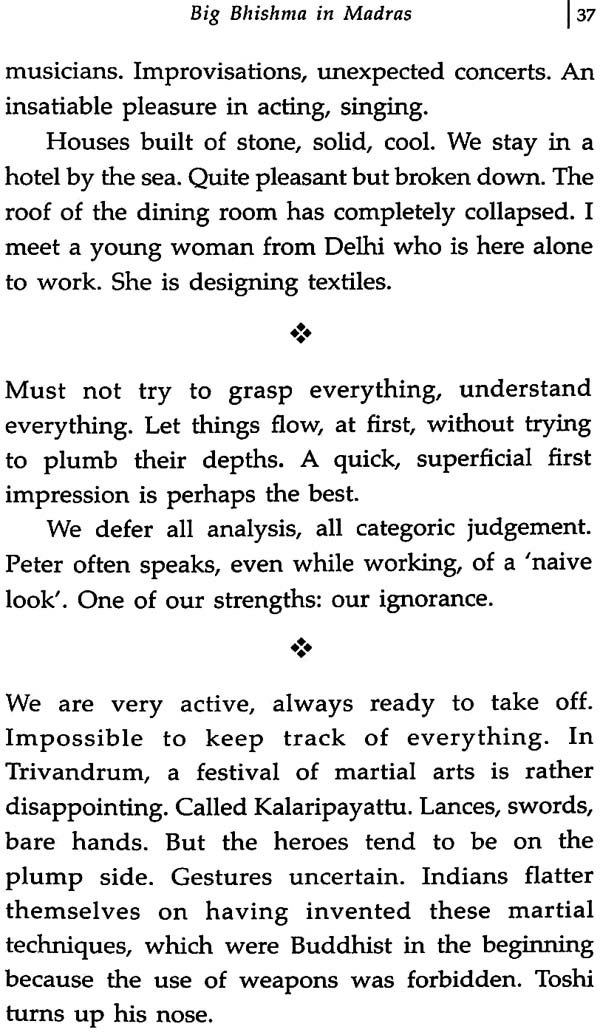 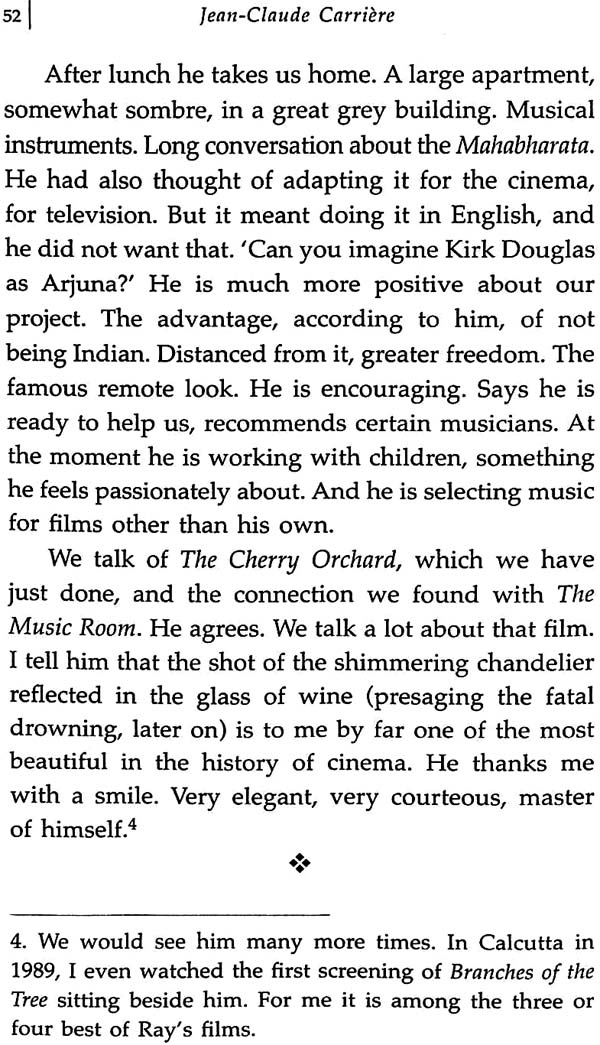 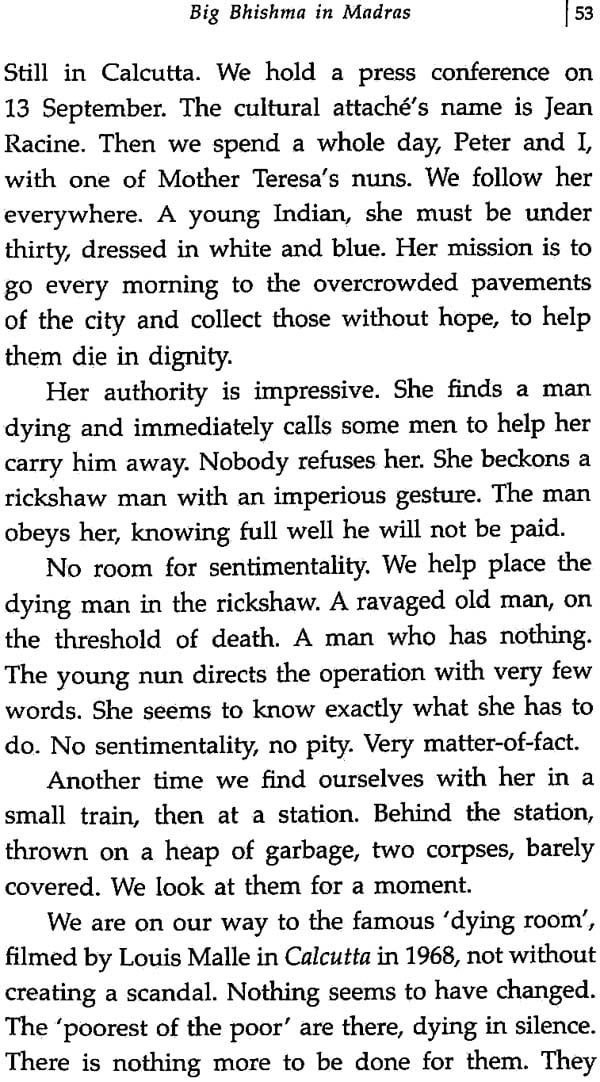 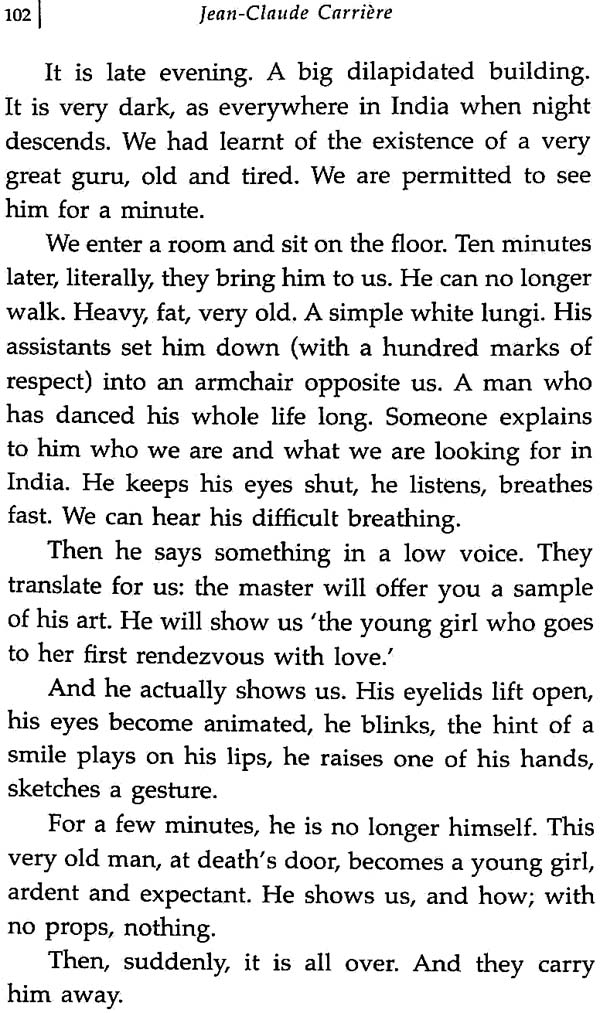 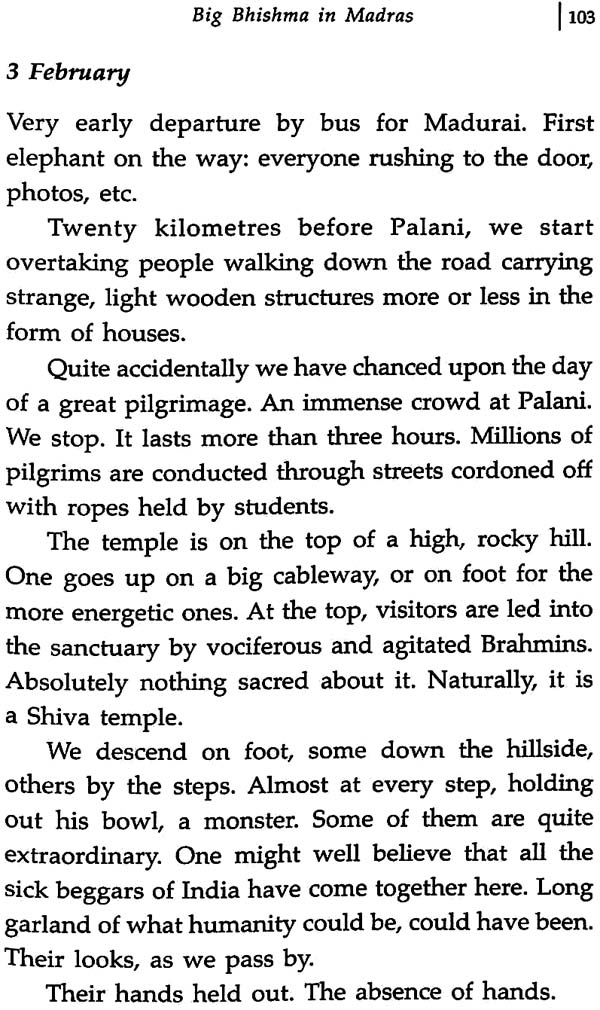 Mahabharata in Performance (A Rare Book)
By M. L. Varadpande
$52
Out of Stock