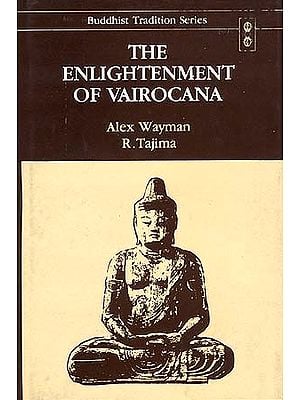 The Enlightenment of Vairocana

The title The Enlightenment of Vairocana is a covering for two boos that study a famous Buddhist scripture with given Sanskrit titles of Vairocanabhisambodhitantra or Mahavairocanasutra. The first book, by Alex Wayman, translates the second chapter, which contains the body mandala of Vairocana's Compassion, copiously using Buddhaguhya's compassion, copiously using Buddhaguhya's commentary, study of some other chapter such as the final one on fire lineage, and include much introductory material, stressing the indo-Tibetan approach, on such topics as the Dharmadhatu and deities of the second chapter. The second book, by Ryujun Tajima, translates the first chapter, with scripture's theory of becoming a Buddha in one life, copiously using Subhakarasimha's commentary, summary of the remaining chapters, and includes introductory material stressing the Sino-Japanese approach, especially introducing the reader to the position of the Shingon sect.

The two books complements each other, and provide the interest reader with a veritable feast of information Hopefully the reader will appreciate the beauty of religious message, and the efforts of the two authors render the words of the scripture sensitively and carefully. It should be admitted that this is a profound Buddhist scripture with numerous well-crafted verses, and that it is resistent to the understanding, requiring lengthy attention for its penetration.

This is carefully crafted, profound Buddhist scripture, enjoying a remarkable success since it was composed I the Sanskrit language. The composer had a knack for creating quotable verses, cited as far apart as Java, Nepal and Tibet. The scripture is sophisticated, resistant to a quick understanding, and taking much for granted in the back ground of the reader. It has echoes of the most popular of the Mahayana scriptures, such as the Avatamsaka and the Saddharma-pundarika, which help account for its successful movement to China, then to become a revered scripture in Japan, particularly in its esoteric schools.

My study sets forth that the composer may have headed a committee instrumental in turn to a more hieratic Buddhist art as the Ellora caves began to be carved out in Maharashtra and that this new era was probably influence by iconographical depictions of the scripture's Chapter II, hence was composed in the mid-sixth century, A.D. My Indo-Tibetan approach takes the large Chapter II as the core of the scripture, so I have translated it with elaborate citations of the commentary and with various introductions.

It is the thesis of the present study that the unknown composer was a Brahmin convert to Mahayana Buddhism, who helped popularize the Buddhist form of the Brahmanical homa, or fire sacrifice, the chapter on which being well treated herein. As a Tantra the scripture shows the way of becoming a Buddha in the Present body, with foundation compassion (karuna). As a Tantra it is quite different from what is generally understood as the class of Buddhist Tantra, indeed with enlightened contents separated by a chasm from the material found in certain modern "introductions" to Buddhist Tantra.

Here it is believed that all those favourable factors, including the healthy kind of profundity and the beauty of religious message, as well as the influence on Buddhist art, amounted to a powerful impetus continuing after the lifetime of this Brahmin composer, both in Buddhist art and in the survival of this scripture by translation along with commentary into Asian languages; and by the aforementioned citation in texts of distant countries.

This Vairocana scripture has many references to what the Buddhists call the 'Dharmadhatu': accordingly, I present a large treatment of this matter in my introduction. It is said to be the source of mantra power, which the Buddhas have learned to use. It is claimed in this tradition that the acaryas' initiations (of Body, Speech, and Mind) of this scripture draw their power from the Dharmadhatu. Hence these rituals are not 'meaningless' except for those who find them 'meaningless'; wile for those who by dint of personal merits can employ the power of the Dharmadhatu, the rites are 'meaningful'. This scripture has much material on the topic of mantra, and many illustrations, starting with Chapter two.

The scriptural rite has a "preliminary service" of six months preceding 'initiation' in the mandalas. This goes with a theory of six elements of man-a teaching that is found in earliest Buddhism. The first five elements, in the order, earth, water, fire, wind, space (akasa), are allotted respective colors, geometrical forms, and mantras for the symbolism of the human body as a Stupa; and go respectively with the first five months, in each of which, various syllables among the 'hundred syllables' are used. This rite is first depicted in what both the Tibetan and Chinese versions umber Chapter Five, and my work presents the requisite information. Besides, my work presents the chapter called "Fruit of Placing the Hundred Letters" with Buddhaguhya's comments; and this chapter deals with the sixth month's fruit of the drill in the preceding five months. This fruit consists of various aims such as prosperity; and the chapter especially shows how the five elements can be used for curing illnesses.

The scripture has a theory of 'stages', called in Chapter One the 'ten minds', which appear to be ten stages of penetrating the Dharmadhatu. In the Indo-Tibetan tradition the ten stages are ten Bodhisattva Stages. In the Sino-Japanese tradition, Kukai attempts to associate various sects with various stages, setting his own Shingon at the highest level, the tenth stage. Apart from these associations, his basic treatment of the ten stages appears to be consistent with the scripture itself. In any case, the ten minds implicate different kinds of persons in the sense of spiritual progress. My introductions also treat these matters.

The Vairocana-tantra has many descriptions of deities, along with their gestures (mudra) and mantras. It has not been possible to present the complete descriptions of all of them in the present work. However, much data is presented. The descriptions of the deity Vairocana are consistently that of the Bodhisattva form, while the Dharmakaya form of this deity is apparently not susceptible to being depicted iconographically. The important role of Sakyamuni in this scripture is explainable as the Nirmanakaya of Vairocana Buddha, while the Bodhisattva form used for Vairocana in the center of the main mandala of Chapter Two is taken by Buddhaguhya to be the Sambhogakaya of Vairocana.

There is much information on both male and female deities. For example this Tantra's depiction of Avalokitesvara and the entourage of feminine deities indicated that the later theory and iconography of Tara divinities starts here. Vajrapani's of set feminine divinities shows their role of bringing persons onto the Buddhist path by threats and forcible dragging. Among Sakyamuni's group are female deities symbolic of his enlightenment; the set of mundane deities goes with his old epithet "teacher of gods and men".

The large Chapter Two has two parts 'the single means' and 'the several means'. Since this distinction is of great importance for understanding the message of this scripture, I have a special introductory section devoted to the difference between these two parts.

The great emphasis of this scripture upon persons, whether called 'sravakas', 'pratyekabuddhas', or 'bodhisattvas'; or 'buddhas', 'complete buddhas', and so on, is due to its position that what is drawn from the Dharmadhatu depends on who does the drawing and utilization. There is a special treatment of the 'acarya' meaning the hierophant who is performing the 'preliminary service' of six months and then goes through the three mandala initiations. While the chapters "Reality of the Acarya" and "Array of Letters" are brief, they are sufficiently important for my presentation with commentarial expansion. The acarya must place 32 Letters in different parts of his body. Hence the scripture is very demanding of the qualifications of this hierophant before he is deemed competent to initiate the disciples.

The foregoing should clarify why the present author deems it a great privilege to delve into this scripture. It is an abstruse text, yet justifying very effort to unravel its intentions. As the various sections of my study grew, bit by bit, they amounted to an eye-opening exercise directed to endless vistas. To grasp this text even partially is the presence of a great mind, an immersion in a powerful current of religious creativity, a return by some mystery to an era when a master held all the essential doctrines and lore, so to say in the palm of his graceful hand.

This study, as a companion to the English version of Tajima's study of the same scripture, was encouraged by Shree N. P. Jain of the publishing firm Motilal Banarasidass, Delhi. My wife, Hideko, gave me invaluable help, e.g. by acquainting me with Kambayashi's introduction to a Japanese version of the scripture, or by furnishing information about the Sino-Japanese readings at certain spots. I regret the many delays in finishing this study, and can acknowledge that the scripture being exposed is fascinating and difficult, resistant to a short-time application. If this remarkable scripture has been treated with a modicum of success, this is indeed a reward for so dwelling upon a wonder.

Alex Wayman is well known for his previous works on Tantra. With F. D. Lessing he brought out Mkhas grub rje's Fundamentals of the Buddhst Tantras. He also wrote The Buddhist Tantra; Light on Indo-Tibetan Esoterism; Yoga of the Guhyasamajatantra; and a monograph type study of the Sarvarahasyatantra. He has published just as much in the fields of non-tantric Buddhism, including Buddhist Insight with 24 of his essays and has 24 other essays being published with the title Untying the Knots in Buddhism. He becamein 1967 Professor of Sanskrit at Columbia University, New York. In April 1978 he was awarded the honorary D. Ltt. At Nalanda University, India. Wayman is, since 1991, Professor Emiritus of Sanskrit, Columbia University.

Ryujan Tajima was long involved with this scripture, called Dainichikyo in Japanese. His graduation essay in 1919 at Busan University was on the Sino-Tibetan forms of this scripture. In July 1935 he was awarded the Ph. D. at the University of Paris for his French work Elude sur le Mahavairocano-Sutra, the English translation of which is presented here as Tajima's book. He is well known for the posthumous publication in Tokyo of his French work on the two Mandalas (Les Deux Grands Mandalas), one from the Viarocana-sutra, the other from the Tattvasamgraha-sutra. For many years he taught at Taisho University in Tokyo, and was the second Director of the Shingon Study Center there. In 1995, a few years before his death in 1958 at age 65, he received the high honorary title Daisojo (Grand Abbot of Busan sect, Shingon school). 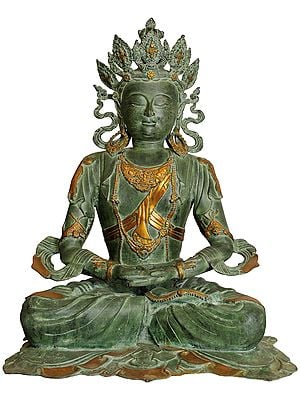 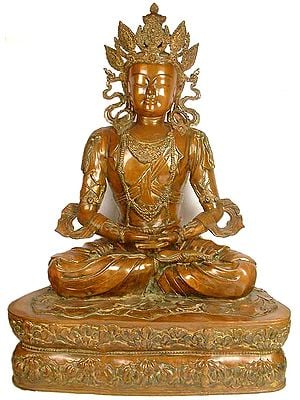 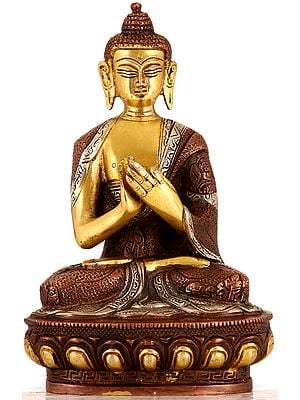 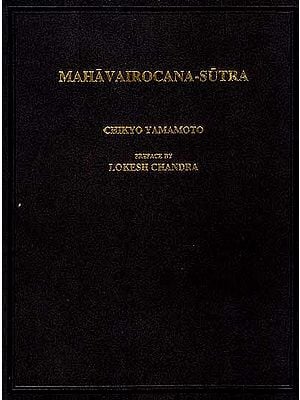