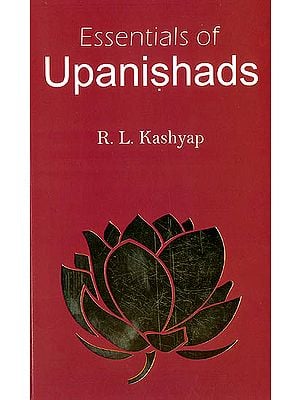 $10.00
Notify me when this item is available
Save to Wishlist Send as E-card Share by Email
About The Author

Dr. R. L. Kashyap is Professor Emeritus of Electrical and Computer Engineering at Purdue University, Lafayette, Indiana in USA. He had his Master’s degree from Indian Institute of Science,. Bangalore and obtained Ph.D. from Harvard University. He is the recipient of many International awards. In 2003 he has received Vedanga Vidvan award instituted by Maharshi Sandipani Vedavidya Pratishthan (Ujjain), an autonomous body of HRD, Govt. of India.

He has authored more than 350 research articles of which 220 are published in scholarly technical journals and the rest were presented at conferences. He has guided over 50 doctoral students.

He is the Honorary Director of Sri Aurobindo Kapali Sastry Institute of Vedic Culture, Bangalore.

This book is addressed to those who are interested in the rich Hindu Heritage and Vedic culture, but may not be academics or scholars. The quotations from the Upanishads are in footnotes so that a person who does not know Sanskrit can read the book smoothly.

All the ten major Upanishads printed in Devanagari need a book of 500 pages of this size. Introducing all the important ideas of Upanishads in a book of 100 pages is a daunting task.

In this book, we have not only responded to the special topics requested by our well-wishers, but have covered information not available in other books on Upanishads. Our intention is to draw the reader’s attention to several topics of interest in everyday life, so that he/she can do more reading and pondering.

The topics covered here are the relations of the Upanishads to Veda mantras, Vedanta and Indian philosophy in general. The 12 anecdotes given here throw a wealth of light on the way of life in the Upanishads period, more specifically the period of Chhandogya Upanishads. A common topic of interest to many of our readers is the system. Was it home schooling or residential schools? What was the age when the boys went to these residential schools? What was the duration? Did all the teachers belong to Brahmin caste? Were those who were not Brahmins turned away? Did some persons in their middle age go to a teacher for instruction?

We have included essays on Brahman, the Bliss, Truth, Infinity and Knowledge. The knowledge conveyed by the Upanishads is usually termed Brahma-vidya. But the word Brahman is vague even to most persons who regard themselves as familiar with Upanishads. Sri Aurobindo’s essays on these topics are luminous and should be of help to many readers.

In recent times, many of the books of translation and monographs on Upanishads have been written by monastics, who portray their own opinions as representative of all the Upanishads “The knowledge of Brahman is possible only to monastics; money, marriage and possessions are the great obstacles in this endeavour”. But these persons cannot give a single quotation from Upanishads to support their viewpoint. Raikva, the yoked one accepts the offer of marriage and the villages. The sage Yajnavalka does recommend a wandering life and begging at the end of his life. But he was a knower of Brahman even while living with his two wives and running a residential school (gurukula). The famous teacher Satyakama Jabala was married.

This book is based on the thoughts of Sri Aurobindo whose translations and essays are available in Ref. 1. We have included several of his splendid essays verbatim such as the knowledge of Brahman. Appendix 1 contains his essay harmonizing the three schools of Vedanta namely Advaita, Dvaita and Vishishta-advaita. A well known person placed them in a vertical line with Dwaita at the bottom indicating and implying that it is meant for inferior types. But Sri Aurobindo clearly explains the need for all of them and what happens when one completely ignores one of them such as Advaita or Dvaita.

This book complements the work of Sri T.V. Kapali Sastry entitled, ‘The Lights on the Upanishads’. We follow his guidelines in describing the Madhu vidya, Vaishvanara vidya and the teaching of the Katha Upanishads.

I acknowledge the help extended by Sri P.V. Kulkarni, the SAKSI staff and the Sreeranga printers.

The Upanishads are the supreme work of the Indian mind. The Upanishads are at once profound religious scriptures for they are a record of profound spiritual experiences; they are also documents of revelatory and intuitive philosophy of an inexhaustible light, power and largeness, written in verse or cadenced prose. Here religion, philosophy and poetry are at par because this religion does not end with a cult, nor is it limited to a religio-ethical aspiration; it rises to an infinite discovery of god, of self, of our highest and whole reality of spirit and being. Here the intuitive mind and intimate psychological experiences of the Vedic seers pass into a supreme culmination in which the spirit discloses its own body, as declared in a phrase of Katha Upanishads. (The word ‘body’ is in the quote)

This character of the Upanishads needs to be insisted with a strong emphasis, because it is ignored by foreign translators. They seek to bring out the intellectual sense without feeling the life of thought-vision and the ecstasy of spiritual experience. Even now for those who have some contact with inner life, it is not merely a revelation to the intellect alone, but shruti, spiritual audience, an inspired scripture. The Upanishads have been the acknowledged source of numerous profound philosophies and religions that flowed from it in India like the great rivers from the Himalayan cradle nourishing the mind and life of people, never failing to give fresh glimpses of illumination, a fountain of inexhaustible life-giving waters. Yet those works are not philosophical speculations of intellectual kind to logicise truth. They help us to transcend the limits of the thinking mind. 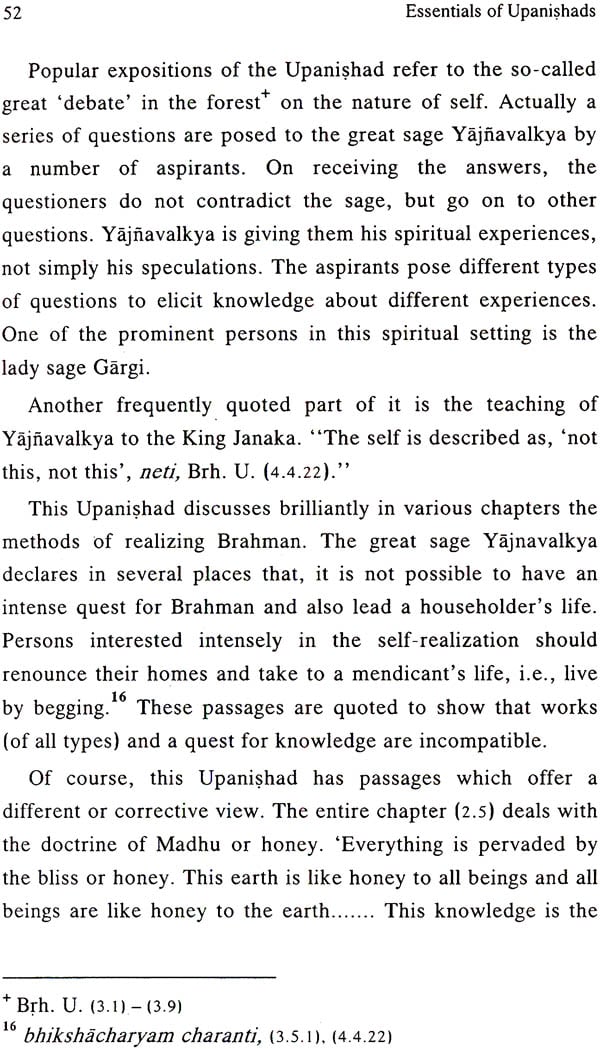 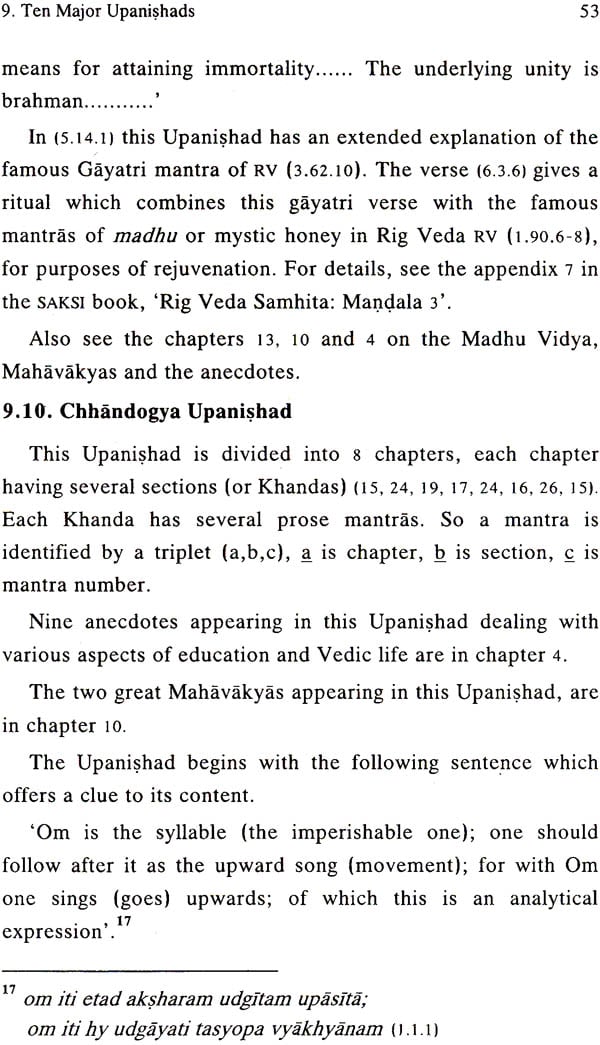 Essentials of Upanisads (According to Sri Madhvacharya’s Bhasya)
By Prof. K.T. Pandurangi
$16.00 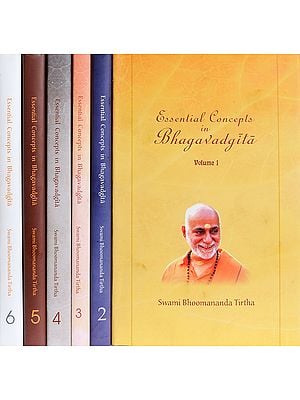 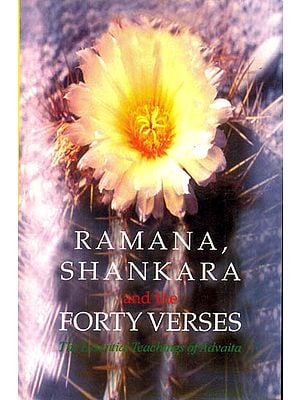 Ramana, Shankara and The Forty Verses (The Essential Teaching of Advaita)
By Alan Jacobs
$21.00 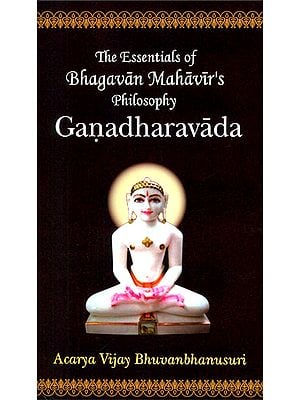