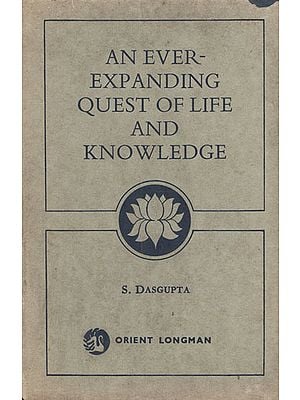 Tue late Professor Surendra Nath Dasgupta intended to write his own system of Philosophy and also about his life and career. He wrote an article giving the barest outline of his philosophy under the title "Dependent Emergence’ in Contemporary Indian Philosophy, edited by Radhakrishnan and Muirhead. He also wrote several essays in Bengali on his philo- sophical views and gave a more comprehensive account in his book Religion and Rational Outlook, published by Allahabad Law Journal Press. He could not write out his system of thought owing to the pressure of heavy academic preoccupations and also various other engagements. A History of Indian Philosophy in five volumes took the greatest amount of his time and energy, but he thought himself committed to this sacred task for life. To him the rich heritage of his country came first. His adminis- trative work as the Principal, Sanskrit College, Calcutta, and Secretary, Bengal Sanskrit Association, also consumed much of his time.

His health, which was never very good, became an impedi- ment during the last seven or eight years of his life, when he was mostly confined to bed. He fought valiantly against his sickness, meeting the challenge squarely in the face, and in spite of suffering and disturbances, carried on the task of com- pleting his History. He passed away before he could complete the fifth volume, on which he was working till the last day of his life.

He intended to write out his philosophy in two volumes. His own attitude towards life and its problems was different from both the Eastern and Western thought, though very much enriched by a study of both and of the sciences in general, and those of physics and biology in particular, He also started writing his biography, completed the introductory chapter and a brief sketch of some remarkable events of his career, but had to give it up for pressure of other work.

He loved and valued life very dearly and had a deep, insati-

able desire to explore its mystery and wealth in various dimensions. Since truth comes from various phases and aspects of existence and environment he tried to find out the deep unity that runs through them all and understand them in harmony and also in their manifoldness. He did not believe in reducing the diversity of life to one principle, nor did he deny thcir unity. Life, with its magnificent splendour, varied beauty and charm, - through the challenge and delightful experience that it pro- vides us, is to be grasped in its fullness, which is never exhausted. The truths of life shine like pearls on the underlying unity that holds them together, Our experience of joy and sorrow, enthu- siasm and frustration, and the ever-changing play of nature around us in different seasons and various aspects, are discrete like the independent beads; each constitutes a world by itself, yet they are not isolated. The simile will be more apt perhaps, if each is taken as a separate leaf or a bud running its own life and at the same time contributing to that of the whole, a tree, or a complex flower, respectively.

The unity which runs through matter, life and mind in all their variety, being of organic nature, involves inter-depen- dence. For instance, there are physical forces working on matter, which are functioning in unity and in mutual dependence.

Depending on this, there emerges life, which draws its nourish- ment from matter but is sustained by a separate group of laws operating on it. Then life in its manifold evolution leads to the emergence of mind at the human level, which has to depend on the body, life and matter, but is regulated by its own laws. The mind itself constitutes a complex realm in man and shows for the first time in the evolution of life, the emergence of the sense of value. The values may be biological, social, intellectual and spiritual, which emerge through mutual relation and interac- tion, but are different from one another. It seems that a hierarchical order can be traced in the emergence of values.

Man is primarily concerned with biological values, his

interest in the preservation of his own life and that of his family.

With the progress of civilisation, he takes into consideration the interest of other men as members of a society or nation. This sense of the good of the community is still tied to a sense of utility. ‘Do unto others as you would be done by’ is an advice based on a practical consideration of mutual help and a sense of fairness and justice among the members of a group or com- munity. This helps man to understand rationally the concept of the intellectual values like justice and other principles. But there unfolds in man another order of sense of value where all utilitarian considerations are cast aside, and a new concept of human existence takes its form and gives way to a unique experience. One does good to others not out of any utilitarian considerations, but out of the fullness of his realisation of an inner truth in himself in union with man and nature around him. This may be called spiritual as distinguished from social, - intellectual and biological values. The later emergent values have a more unifying influence on man, bringing him closer to his fellow-beings and also giving him an insight into moral and spiritual aspects of life which are higher and nobler. These higher values illuminate the whole of man’s personality and shed their own light on his other planes of existence.

Thus when the human mind attains a state in which it can transmute its biological tendencies into spiritual values, there is the beginning of saintliness. The process is not a process of mental annihilation, but a richer one of mental growth, in which the mind plays its role of an emergent reality, linked to the body as its basis, but leading a life which is entirely its own. 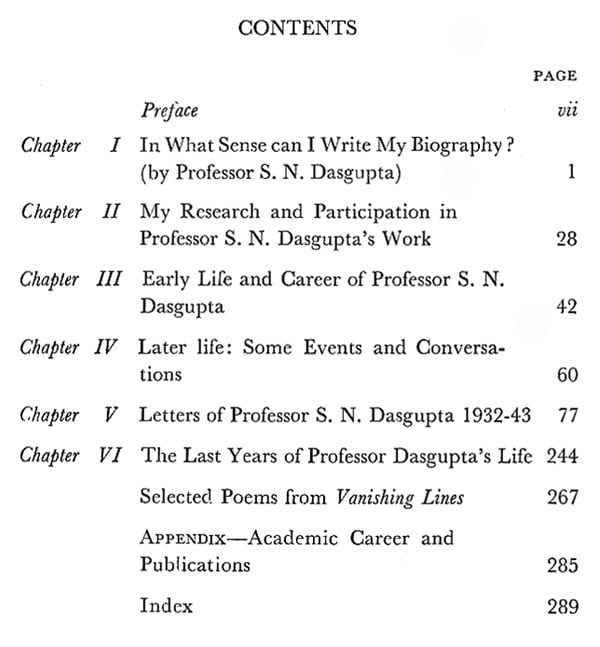 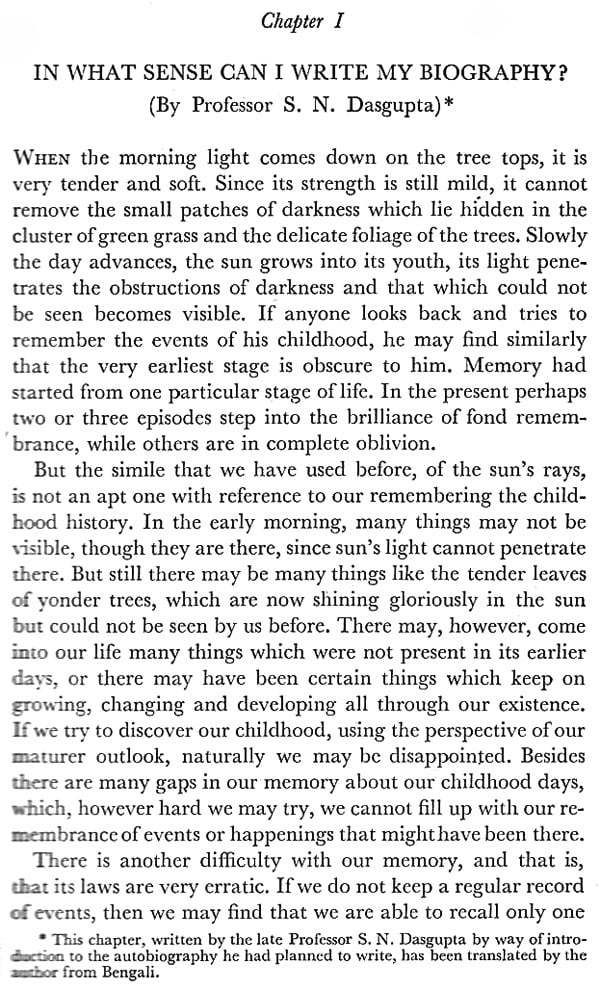 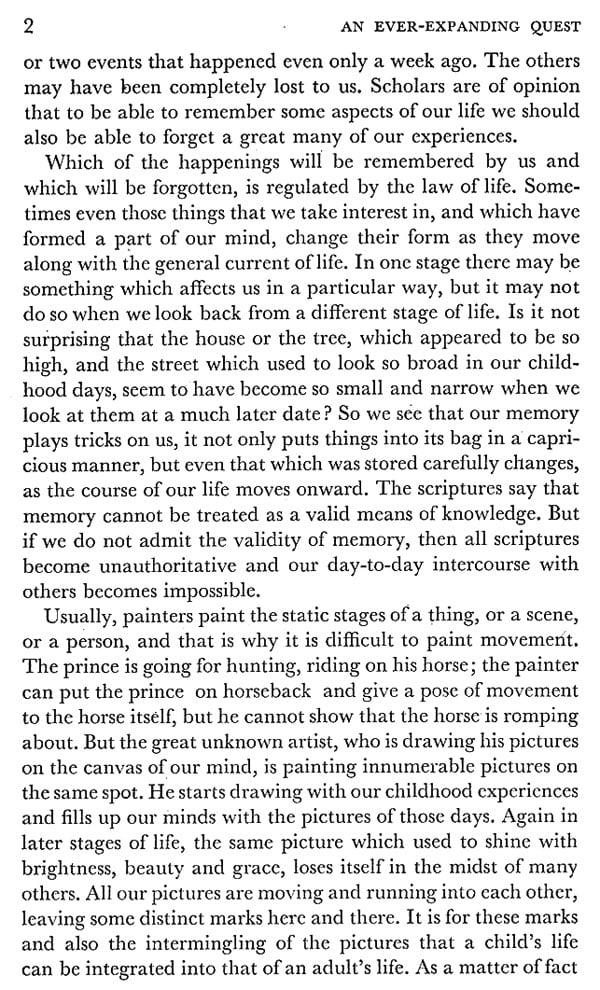 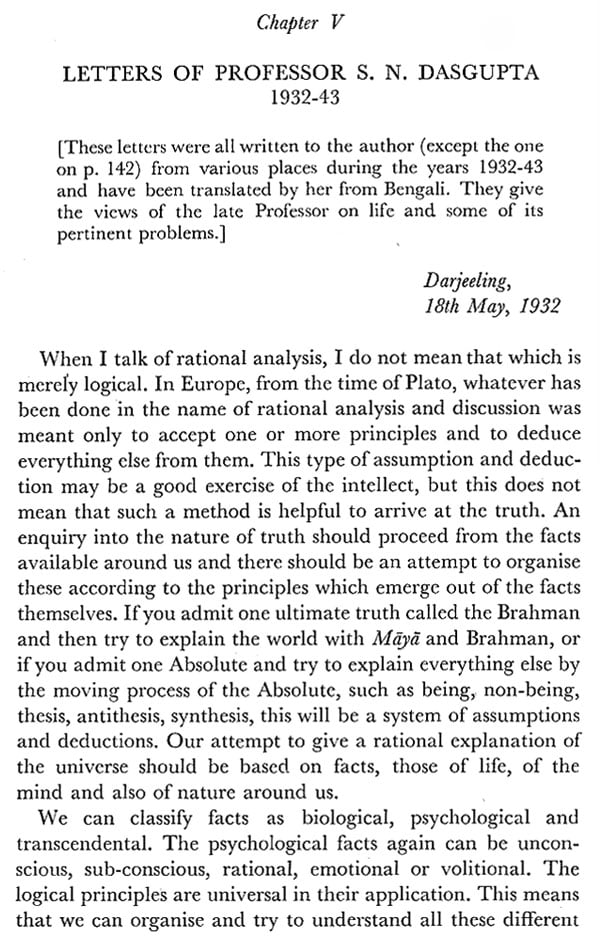 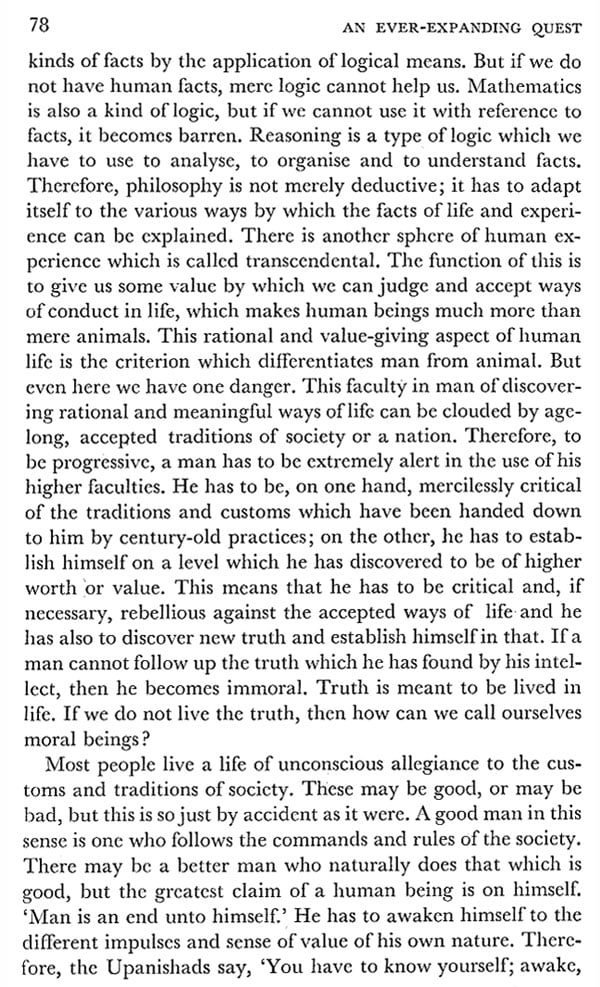 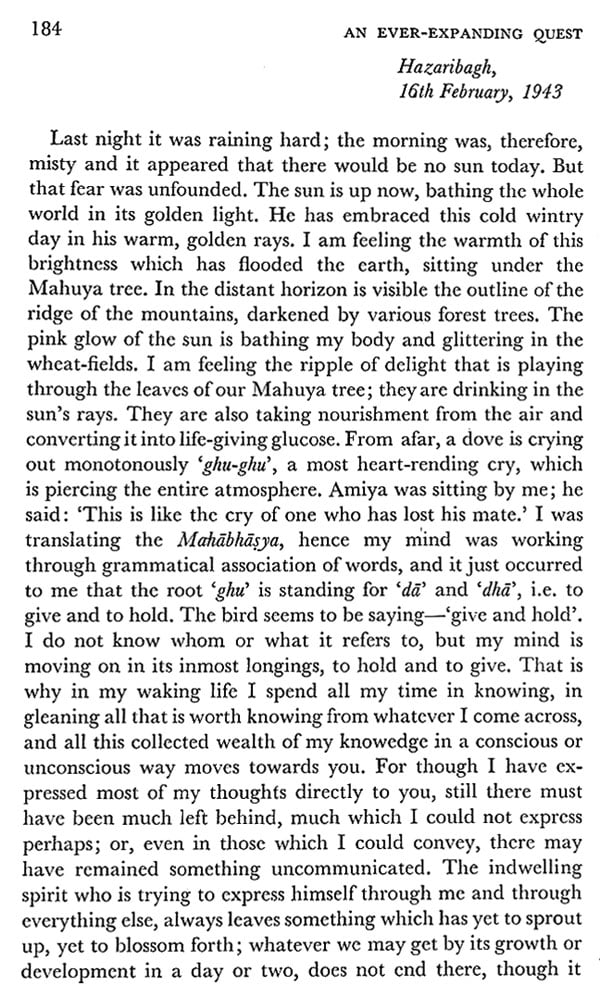 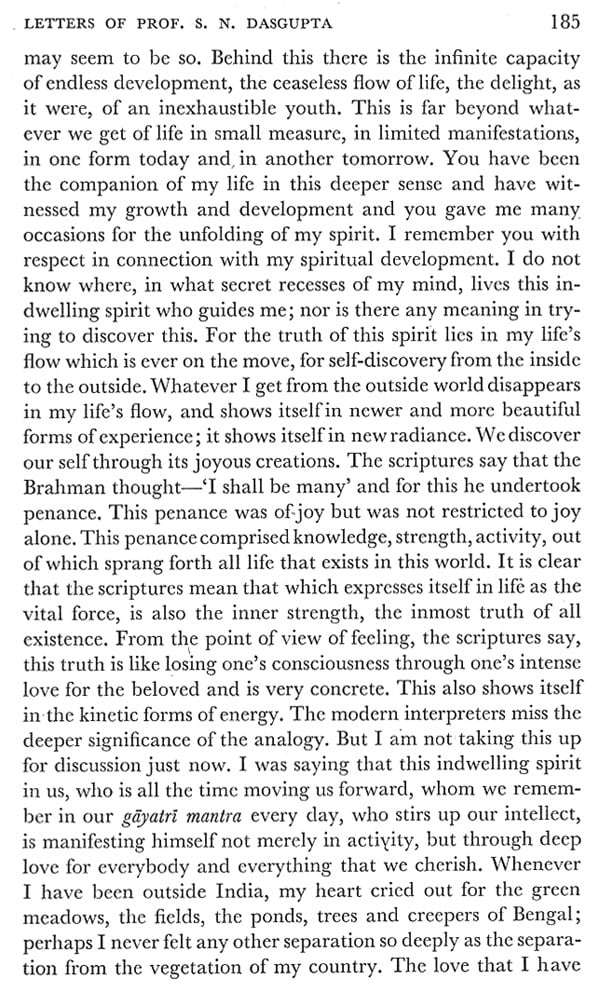 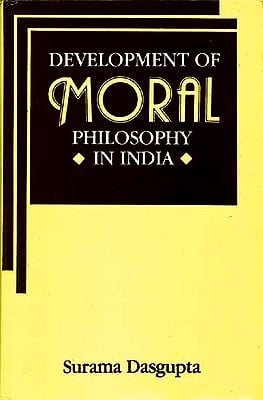 Development of Moral Philosophy in India
By Surama Dasgupta
$29.00

The Mahabhasya of Patanjali - With Annotations (Ahnikas I-IV)
By Surendranath Dasgupta, Ed. By: Sibajiban Bhattacharyya
$29.00 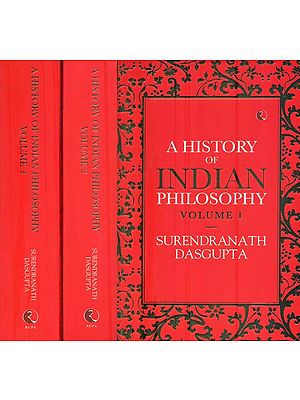 A History of Indian Philosophy (Set of Three Volume )
By Surendranath Dasgupta
$75.00 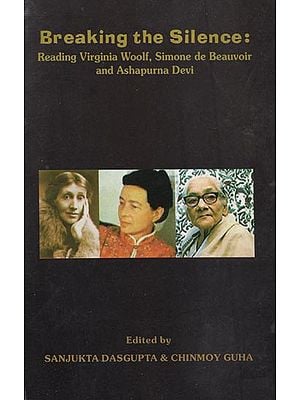 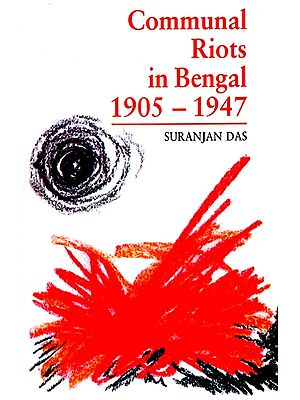 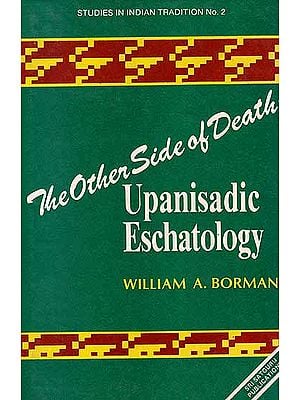 The Other Side of Death: Upanisadic Eschatology
By William A. Borman
$11.00