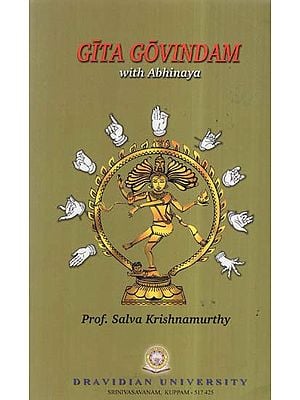 The Government of Andhra Pradesh started Dravidian University, with the co-operation of the sister States, to research and reflect on the inherent oneness of the cultures of the four States whose languages number up to 27. Its endeavour is to promote unity and amity in the family of several languages. The main objectives of Dravidian University are to augment the common weal and social well being of the communities of marginal languages and to build bridges among the Southern States. .While working on each language separately in varied areas, it aims at a synthesis and discovery of the common heritage through Comparative Studies.

Prof. Salva Krishnamurthy, a revered teacher occupies a pride of place in the field of Telugu literature and a permanent seat in the hearts of his students for four decades. His scholarship is second to none, embellished both by his style of exposition and well scrutinized stylistics in the science of literature which makes the study of classics a joyous exercise. He is one of the finest exponents of Sanskrit poetics and aesthetics and his critical commentary, almost word to word and with no fits and starts or quirks, prepares the reader to explore the rich text further, on his own, to enhance the sensibility of literary appreciation. The kind of linguistic command and intuitive facility both in English and Telugu such as of Prof. Salva's is almost a rarity in most other modern scholars.

I consider myself one of the few fortunate students of Presidency College, Madras while he was heading the Department of Telugu there.

It is no exaggeration to say that he has made an in depth study of the most remote and the densest areas of Bharatiya Philosophy, Mantra Sastra and their corresponding disciplines including Indian aesthetics.

It can be said with no fear or favour that South India is almost the maternal home for Indian Philosophy. Dravidian contribution to its propagation is quite a remarkable one. Every sound scholar holds a justified opinion that Bharata, the author of Natya Sastra, was infact a Dravidian.

Gita Govindam in Sanskrit introduced a peculiar note of melody in Indian literature. Tanjavur Saraswati Mahal Library published the manuscripts of Gita Govindam twice - once in 1950 and another in 1983. Prof. Salva has gone deep into both the manuscripts and compared them incisively with the two printed ones. Entwining himself with the two, he worked hard for two years and came out with both Telugu and English translation, and what is more, he presented them with special commentary on the intricacies of dance there in.

This volume, now in your hands is a fine product of Professor Salva Krishnamurthy's devoted research work done from 2003-2006 as a Senior Research Fellow under a special project of Dravidian University granted to scholars of eminence.

Each page of this commentary is replete with his erudition. Every word of the 16 Astapadis and 46 slokas go with a scintillating exposition serving both the teachers and students of dance as an art form. It is a lamp in hand spreading splendorous light for both. Even for a lay reader it is a feast for the eyes what with Prof. Salva's delineation of the mudras and all of Gita Govindam.

Dravidian University considers publishing this precious volume a stroke of luck. It also thanks Prof.Salva for giving us this book worth its weight in gold.

Jayadeva flourished in the court of Laksmana sena who ruled Bengal area between 1179-1206 A.D. with Navadvipa as his capital which is called Nadia in modern times. Umapatidhara, Carana, Govardhana and Dhoyi were his contemporary poets in the same court. The first three were Sanskrt poets and Dhoyi was a poet in local language. The following text in the 10th canto confirms the fact that Padmavati was Jayadeva's wife: Jayati padmavatiramana jayadeva-kavi' bharati bhanitamiti gitam.

The work imbibes both `marga' and `Desi' modes of composition. Most of the Slokas are in syllabic feet of Sanskrtic prosody. Astapadis are in moric feet of Desi composition. Madhav pattanayak’s, Vaisnav Lilamrtam' says that Gajapati Ananga Bhima Dev who ruled in Orissa between 1211 and 1238 A.D. established Gita Govindam as an item of evening service in the temple of Jagannatha at Puri. This work was written in 1535 A.D. just two years after the passing away of Caitanya. One can imagine how quickly Gita Govindam became popular and spread. An inscription of 1292 A.D. at Patna quotes a Sloka from Gita Govindam.

Andhras have a subtle but colourful emotional affinity with Gita Govindam. This is related to the fact of Gita Govindam being an item of evening service at the temple of Jagannatha at Puri. Gajapati Kapileswara Dev who ruled Orissa between 1434 and 1467 A.D. invaded Telangana area of Andhra Pradesh, and while returning took some dancers and appointed them in the service of Lord Jaganath. His successor Gajapati Purusottama Dev (1467-1497 A.D.) is said to have banned Gita Govindam in the temple in favour of an imitative work of his court-poet by name Divakara Misra. After this king, Gajapati Prataparudra Dev ascended the throne. Workers in the temple are said have brought pressure, under the leadership of one Gopaswamy, to revive the Gita Govindam service in the temple. Then Prataparudra issued an order in 1499 A.D. restoring Gita Govindam service in the temple. An inscription in Oriya is said to exist on the Jaya-Vijaya door of the temple stating that only Gita Govindam should be offered at the service by those brought by Kapileswara Dev from Telangana and that nothing else should be danced or sung. Besides the dancers there were four singers given, for the purpose. It is clear from this inscription that it was Andhras from Telangana who have been rendering this service from the days of Kapileswara Dev. Gajapati Prataparudra dev is known to have presented some 500 dancers to the temple. The people were Telugus or Andhras in Ganjam district though the rulers were Oriyas. If these 500 dancers were from Ganjam district they could very well have been Andhra dancers. There are experts in dancing and interpreting Astapadis in places like Muktyala, Jaggayyapeta and Jayanti-puram in the coastal Andhra. Dance programmes in Andhra have interpretation of Astapadi as an item. The syllabus for Diploma in Dance contains 'the influence of Gita Govindam on Bhama Kalapam'.

The present work `Nrtylaksanasahitam Gita Govinda Mahakavyam' gives directions for abhinaya for each word of 46 slokas and 16 Astapadis of the work, following the classical tenets of Bharata Natya. The work abruptly breaks off at the third carana of the 17th Astapadi. It is a rare work of vintage value. Works on Music and Dance lay down the principles but they cannot give the know-how. This is a peculiar difficulty in performing arts. This work which gives word by word directions for the text of Gita Govinda is a rare and valuable one. 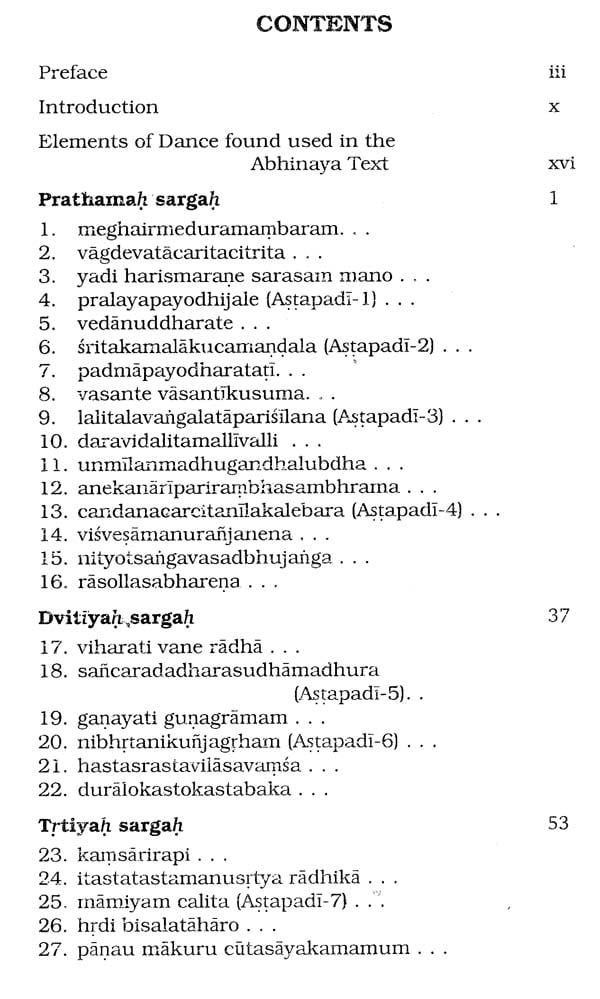 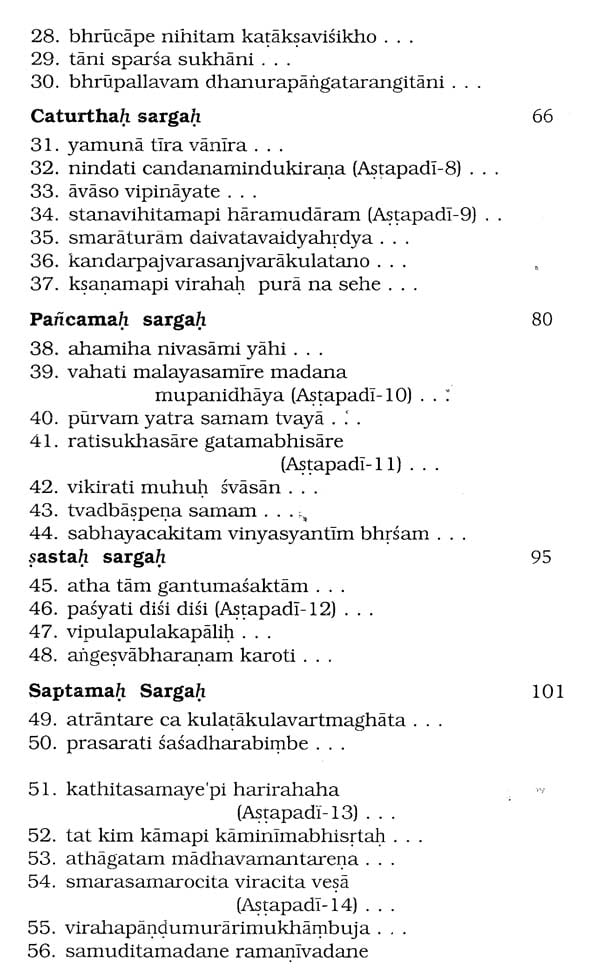 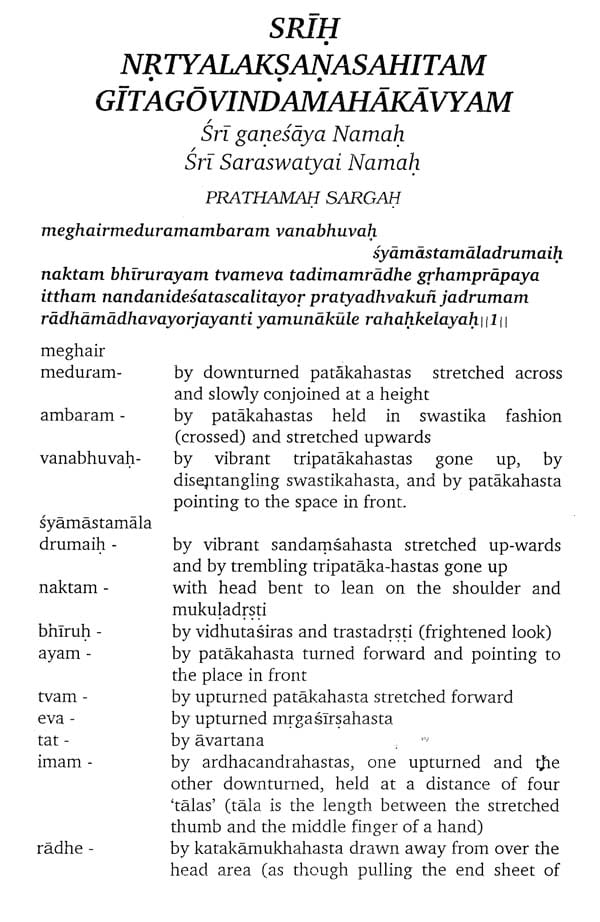 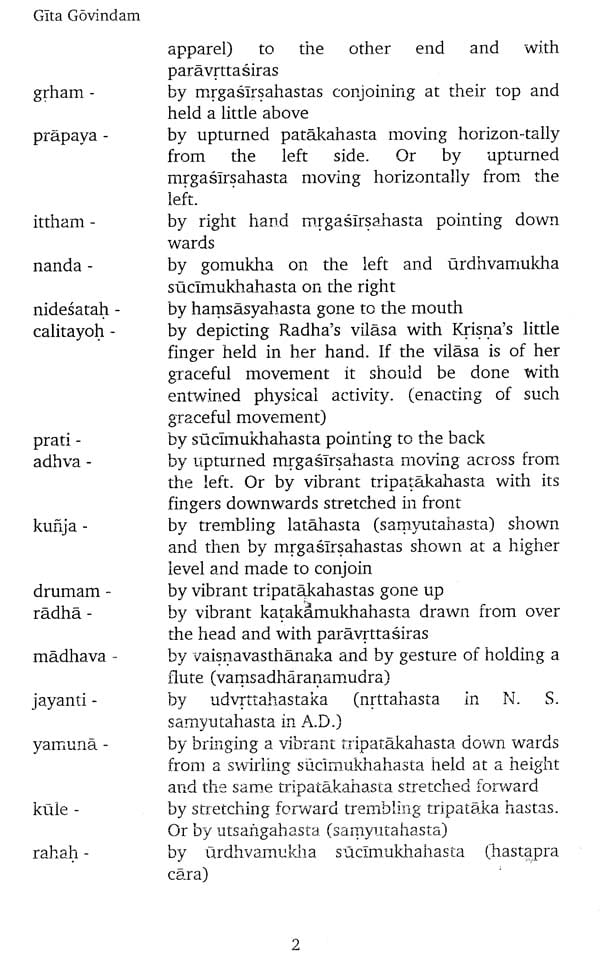 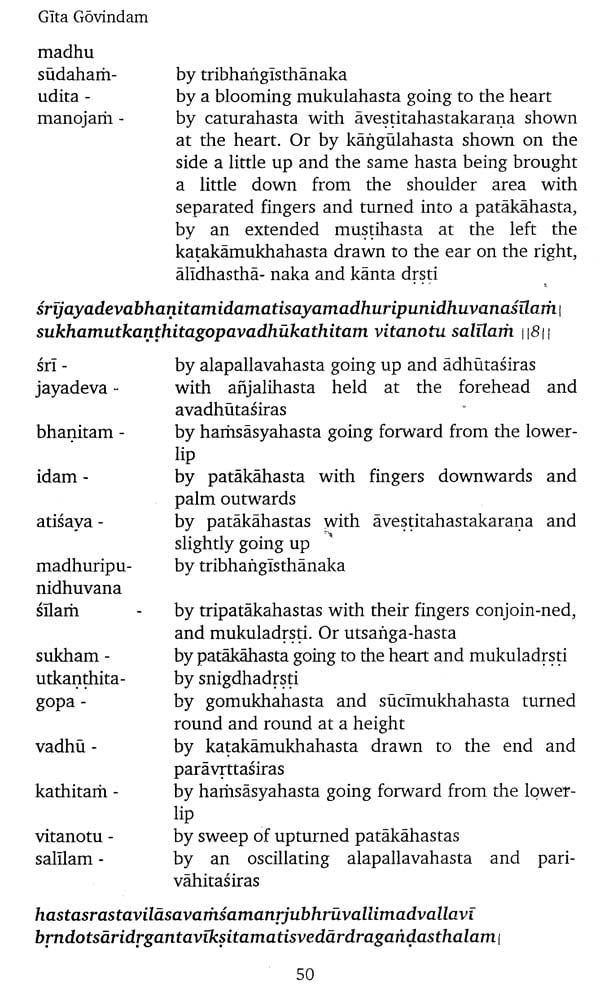 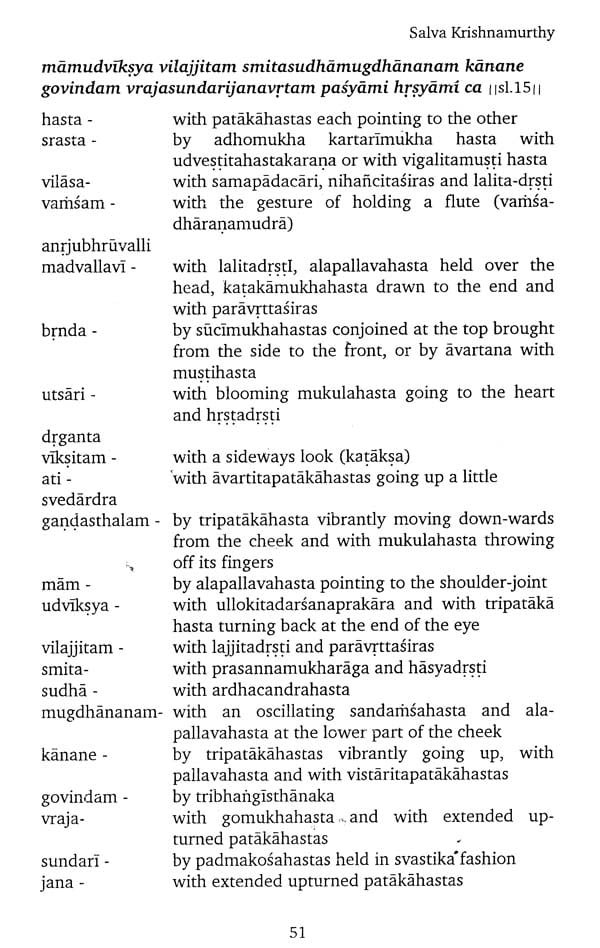 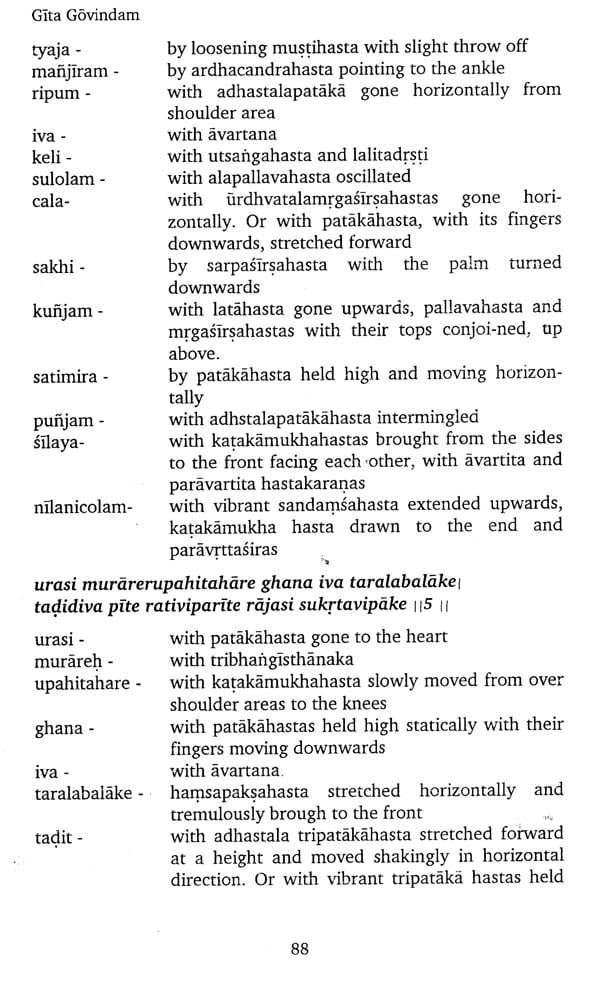 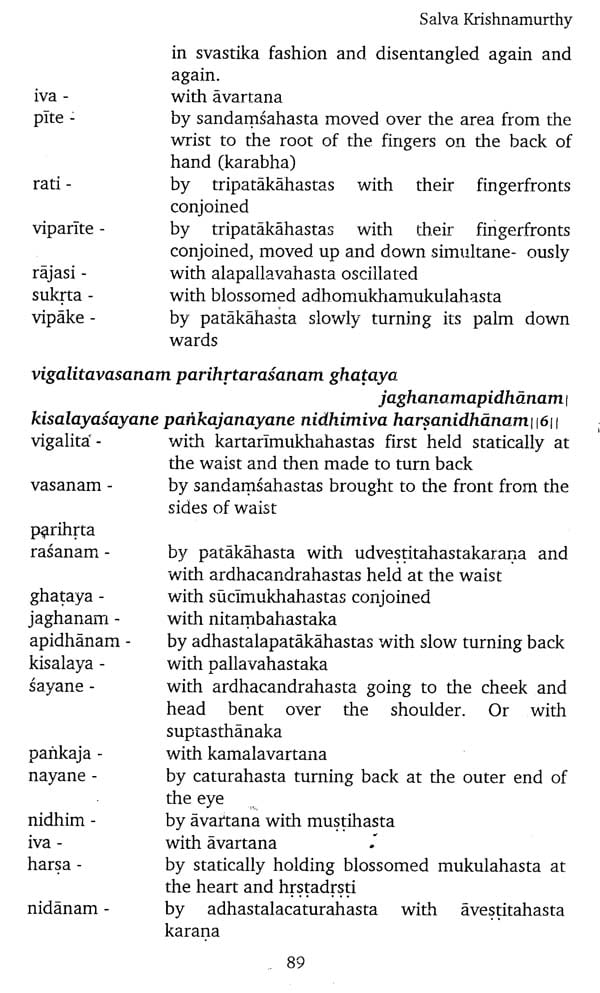 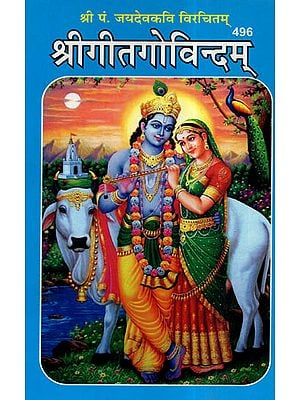 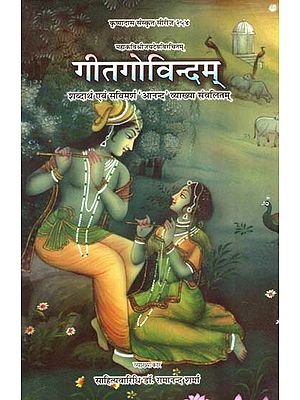 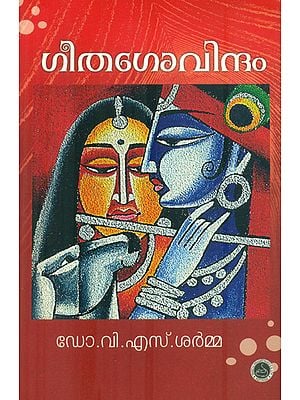 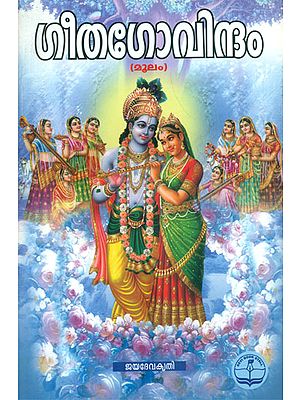 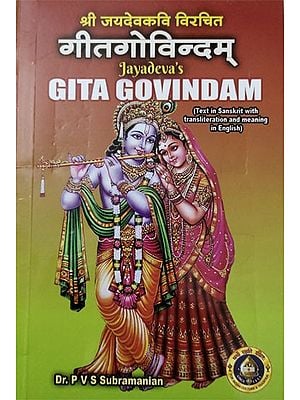 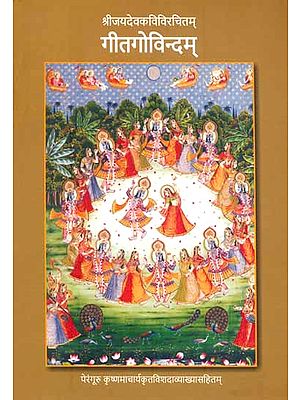 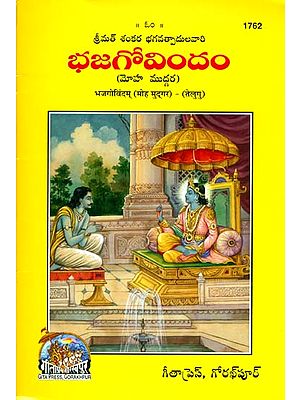 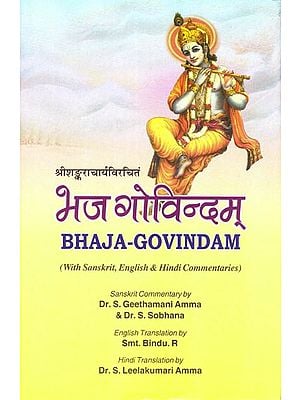 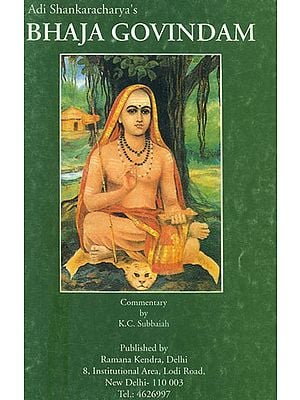