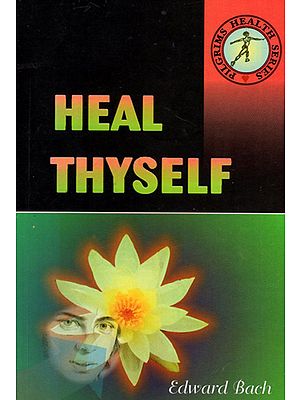 Simplicity, humility and compassion-the three basic tenets of Edward Bach's life and teaching are to be found written over the door of the Bach Foundation. With his great sensitivity, Dr. Bach was aware that we have a series of energy bodies within our physical body and shows us the vital principles, which should guide medicine in the future. His book there-fore comes directly into the practical politics of medicine. This book is dedicated to all who suffer or who are in distress. It is quite apparent that it is not the object of this book to suggest that the art of healing is unnecessary but it is according to the author, humbly hoped that it will be a guide to those who suffer and that it will enable them to seek within themselves the real origins of their maladies, so that they may assist themselves in their own healing. In the words of Edward Bach himself, 'We each have a Divine mission in this world, and our soulsuse our minds and bodies as instruments to do this work, so that when all three are working in unison the result is perfect health and perfect happiness"

According to the author the main reason for the failure of modem medical science is that it is dealing with results and not causes. This becomes obvious when we consider the di-lemmas we face when we are confronted with disease. For example, who is the best doctor to consult, or which hospital will provide the better facilities? Another factor, which be-comes a major cause for concern is the fact that for centuries the real nature of disease has been masked by materialism, thus allowing disease itself every opportunity of extending its ravages, since it has not been attacked at its origin. The situation is similar to an enemy strongly fortified in the hills, continually waging guerrilla warfare on the country around, while the people ignoring the fortified garrison, content themselves with repairing the damaged houses and burying the dead, which are the results of the raids of the marauders. So, generally speaking, is the situation in medicine today; nothing more than the patching up of those attacked and the burying of those whoare slain, without a thought being given to the real stronghold.

The author is very clear in his perception of the cause of disease and is convinced that it is in essence the result of a continuing conflict between Soul and Mind and will never be eradicated except by spiritual and mental effort. Five hundred years before Christ some physicians of ancient India, working under the influence of the Lord Buddha, advanced the art of healing to so perfect a state that they were able to abolish surgery, although the surgery of their time was as efficient, or more so than the present day. Such men as Hippocrates with his mighty ideals of healing, Paracelsus with his certainty of the divinity in man, and more recently Hahnemann who realised that disease originated in a plane above the physical-all these knew much of the real nature and remedy of suffering.

In order to understand the nature of disease certain fundamental truths have to be acknowledged. The first of these is that man has a Soul which is his real self; the second that we, as we know ourselves in this world, are personalities down here for the purpose of gaining all knowledge and experience, which can be obtained through earthly existence, of developing virtues which we lack and of wiping out of all that is wrong within us, thus advancing towards the perfection of our natures; thirdly, we must realise that the short passage on this earth, which we know as life, is but a moment in the course of our evolution, as one day at school is to a life, and although we can for the present only see and comprehend that one day, our intuition tells us that birth was in-finitely far from our beginning and death infinitely far from our ending; the fourth is the understanding that so long as our Souls and personalities are in harmony all is joy and peace, happiness and health; the next great principle is the understanding of the Unity of all things. 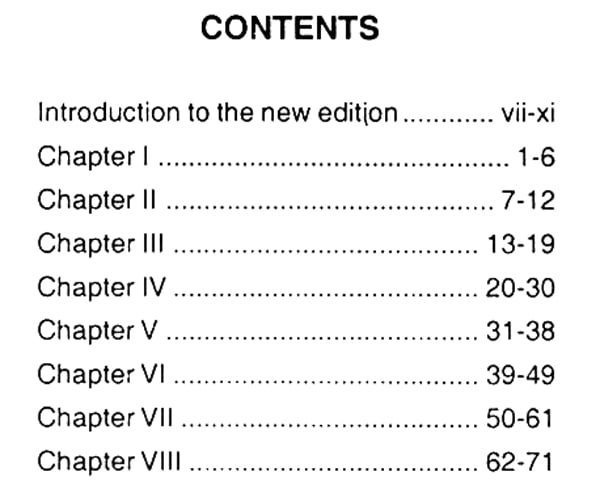 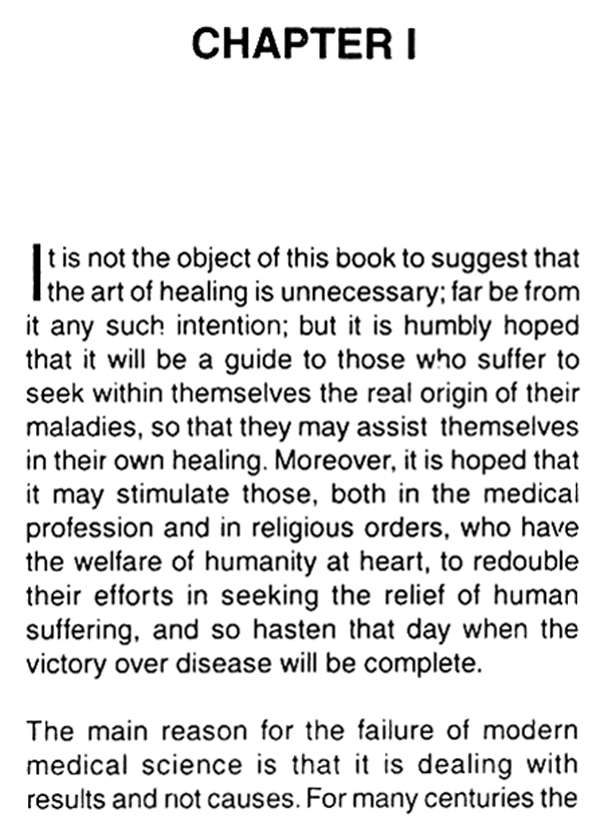 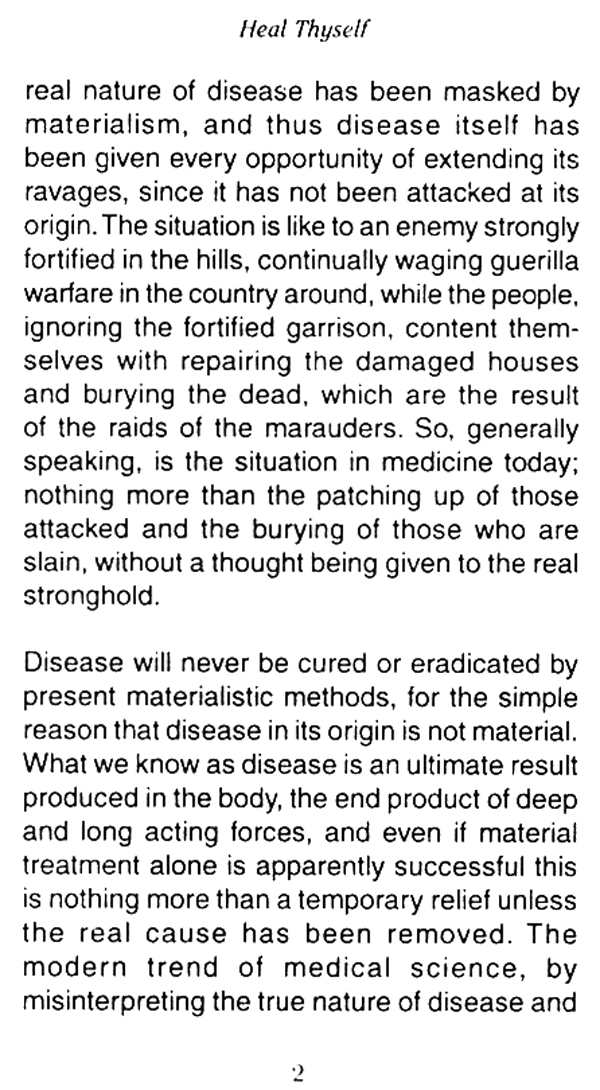 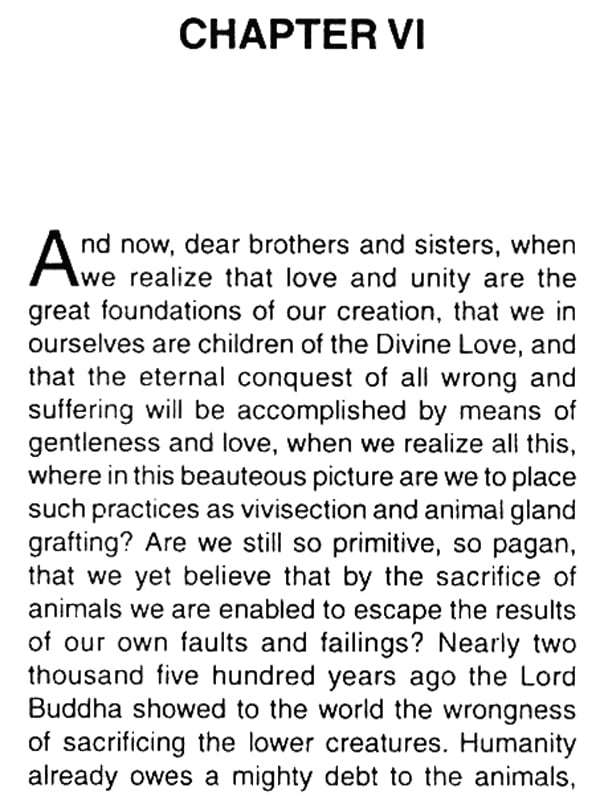 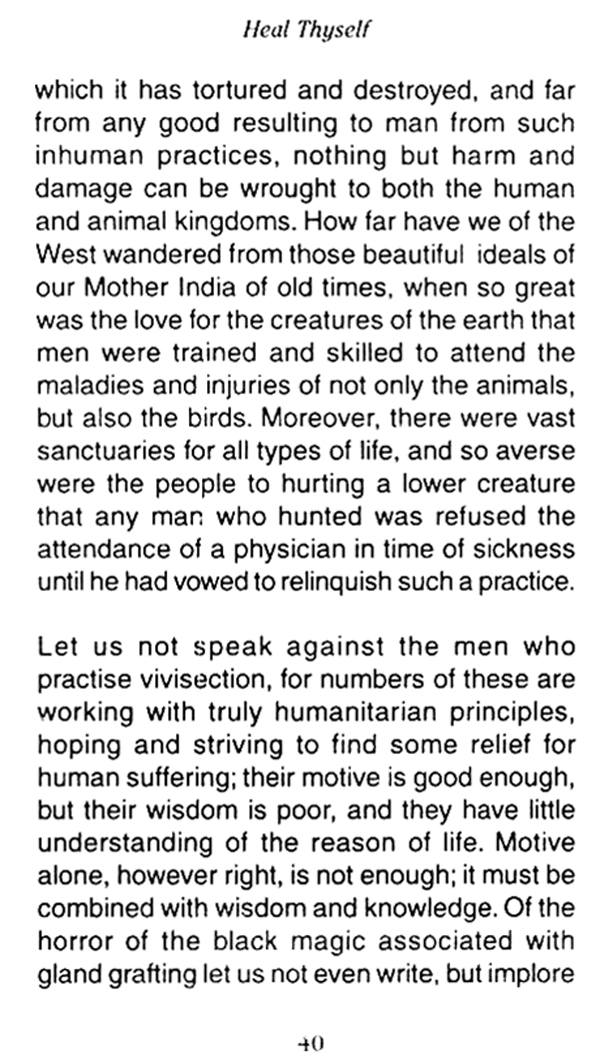 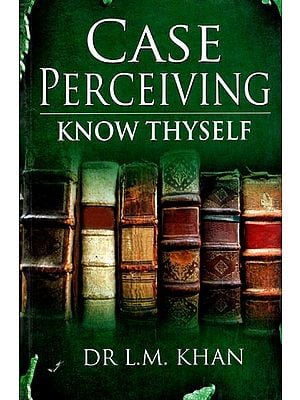