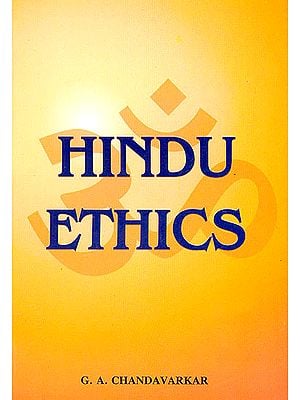 When two nations, with different cultures and traditions, are brought together by Providence in the character of the rulers and the ruled, there is either a conflict of civilizations attended with bitter social and political results or an interpenetration of each culture with some vital features of the other and the consequent enrichment of both. If the politically subordinate nation is unable to contribute to the enrichment of the civilization of the dominant race, it fails to win esteem and must, needs, depend for the grant of free institutions and the rights of citizenship upon the philanthropic sinks further and further down in its own estimation, instead of becoming, day by day, fitter for self-government, and it becomes more and more devoid of national self-respect, less and less self-reliant. It is for this reason that the civilized nation of Europe, who have learnt their lessons from History, are determined to preserve their distinct cultural existence with a view to become equal partners in the comity of nation. This is why Poland resistes to its last drop of blood the Prussian and the Russian effort to sweep out of existence its language, history and traditions, why Alsace and Lorraine refuse to submit to Prussian Rule which is equivalent to the forcible Prussianisation of the French people and the brutal imposition upon nations of the world the Aryans of India hold a unique position. There is probably no nation of earth as this that was in the past, before the beneficent advent of the British, so frequently subjected to ruthless foreign conquest and exploitation and his yet completely preserved its distinct existence as a civilizing agency with a clearly-recognised and definitely formulated cultural mission. What is the secret of this wonderful phenomenon in the social and religious history of the human race? The problem is not difficult to solve. The Aryans of India always commenced an intellectual conquest of the ruling race soon after tendering their political submission. The Greeks swept over India. The result was that the Scythians were completely Indianised and many Greek kings formally adopted the religion and culture of the Aryans. Greek Philosophy, too, was profoundly influenced by Indian thought. We read in the "Foundation of the Nineteenth Century" by Chamberlain:-

"That Indian thought has exercised an influence of quite a determinative character upon Greek philosophy is now a settled fact; our Hellenists and Philosophers have, it is true, long combated this view with the violent obstinacy of prejudiced scholars; everything was supposed to have organized in Hellsa as autochthon-at most the Egyptians and the Semites were allowed to have exercised a moulding influence-where by philosophy would in truth have little to gain; the more modern Indologists. However, have confirmed the conjectures of the oldest (particularly of that genius Sir William Jones)."

Next came the Mohamedans. Says Chesney in his " Indian Polity".

"India presents a remarkable contrast to all other countries which have come under Mahomedan rule in that when as everywhere else the whole population was forcibly converted to the faith of the conquerors the conservative force of Hinduism exerted a passive resistance which was never overcome.

It maybe added that under the influence of Hinduism the Mahomedans of India have acquired many caste practices of a quasi-Hindu kind which are unknown to the votaries of Islam elsewhere."

The ancestors of Hindus being intensely spiritual in nature fixed their attention on a life beyond death. They regarded the human soul as an eternal entity co-existing with the Supreme Being. Every human soul, they held, was required to go the round of births and rebirths and reap the fruits of its actions. The eternity and the transmigration of human soul and the law of Karma form the cardinal doctrines of Hindu philosophy which preaches that, when a soul comes to be associated with the gross material body it is bound to perform certain deeds and in conformity with laws divine, reap the fruits' thereof. The belief is that, if good deeds are performed, happiness results and if evil deeds are done, misery falls to the lot of the doer. The human soul never dies, it can never remain without doing 'actions' and can never claim exemptions from reaping the fruits of its deeds. It reaps as it sows. Ever and anon, man struggles and scrambles to attain happiness and as happiness is the fruit of Karma, he should necessarily know what is good and what is bad. Every law-giver and every thinker of ancient India felt, therefore, the supreme necessity of framing certain rules of conduct and of presenting the ultimate end to which all the life of a human being is to be directed. Sanskrit Literature, either of the Vedic or the Puranic periods, bears eloquent testimony In the history of Hindu thought it is practically impossible for anyone to trace out a period of divorce between Ethics and Religion. A calm and dispassion- ate study of the Hindu. Scriptures will convince any one that ultimately religion and ethics are one. Many of the Hindu institutions have their superstructures built on the foundations of the fundamental principles of the Science of Ethics. The Panca-Maha- Yojnas- the five daily duties-s-the performance of which is obligatory on every Hindu-typify philanthropy. These five Yajnas are (1) Brahma- Yajna- Worship of God. (2) Deva-Yajna-Reverence to men of light and leading, (3) Pitri- Yajna-Propitiation of elders by ministering to their wants, (4) Bhuta-Yajna-Feeding the cattle and the birds, and (5) Alithi- Yajna-Hospitable treatment of deserving guests. The Yoga- bhyasa. the practice of which from the standpoint of a Hindu, is essential for Moksha-freedom from the necessity of going along the ever-rolling wheel of births and deaths-is based on Ahimsa-" mercy to all sentient beings." Lord Buddha, too, glorified the same virtue and preached his religion only to re-establish the reign of righteousness. From the Vedas down to the Puranas hardly is there any Sanskrit work which does not sing the glory of Niti-the Ethical religion. Even a treatise on medicine like the Charaka-Samhita pays a tribute to this and says that physical happiness depends on the practice of morality. Sanskrit poetry, as represented in later dramatic literature, too, first preaches and then pleases. Kalidasa and Bhavabhuti appeal to their readers, more as ethicists than as mere versifiers. Valmiki, Vyasa, Canakya and Bhartrhari are undoubtedly great moralists, worthy of being admired by the students of Plato, Aristotle, Confucius and Laotse. The two Satakas of Bhartrhari can very favourably be compared with the 'Meditations of Marcus Aurelius, ' The golden rule of Christian morals “ Thou shalt love thy neighbour as thyself”is already voiced forth in one of the hymns of the Yajurveda. There can, therefore, be no denying the fact that Sanskrit writers attach great significance to ethical laws or to what they call ‘Dharma' which means “right thought, right word and right deed." In immortal strains have the bards the saints, the prophets and the law-givers sung the glory of 'Dharma. The devotional songs of Chaitanya, Kabira and Tukarama are echoing and re-echoing the noblest sentiments of sublimest piety. The philanthropic activities of many of the modern religious movements in India have the stamp of this Dharmic revival indelibly marked on them. That moral elevation of the masses is an indispensable necessity for all kinds of advancement is an undisputed fact. In the past, ethical elevation it was that preserved the integrity of the Hindu civilization. It is owing to the moral vitality that the Hindu race, though often conquered politically, maintained its stability. The history of Hinduism, in all the stages of its struggle with the alien systems of thought, presents the curious phenomenon of its moral victory which is mainly the result of the ethical development of its followers. The power of Dharma has always been marvellous. With its rise nations have risen and with its fall they have crumbled to dust. The world is built on moral foundations alone. In the long run, truth and justice triumph and injustice and falsehood perish. 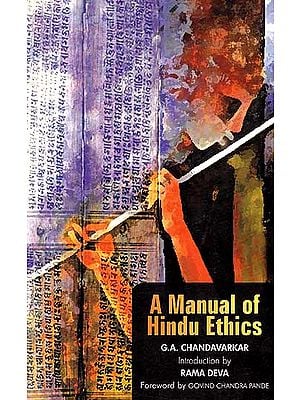 A Manual of Hindu Ethics
By G. A. Chandavakar&Govind Chandra Pande
$17.50 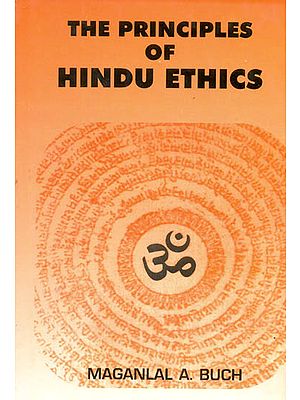 The Principles of Hindu Ethics
By Manganlal A. Buch
$39
FREE Delivery

Hindu Ethics (Purity, Abortion and Euthanasia)
By Harold G.Coward and Julius J.Lipner
$16.50
Out of Stock 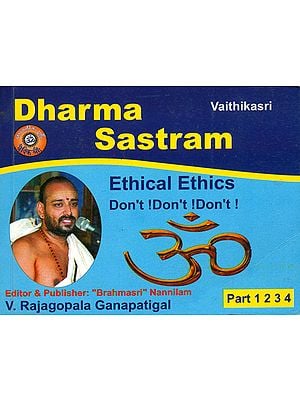 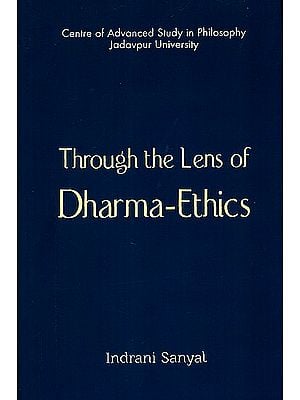 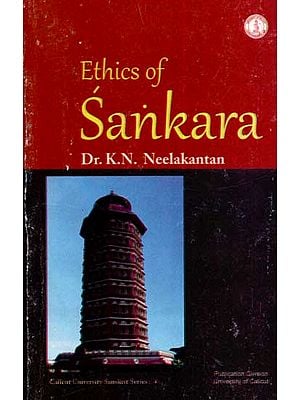 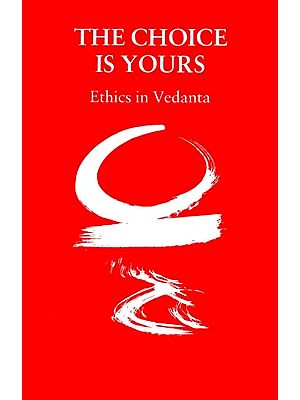 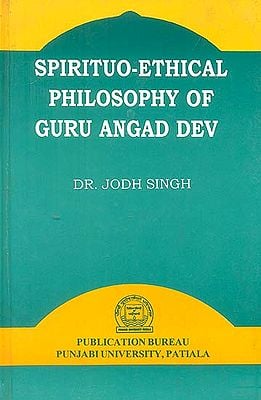