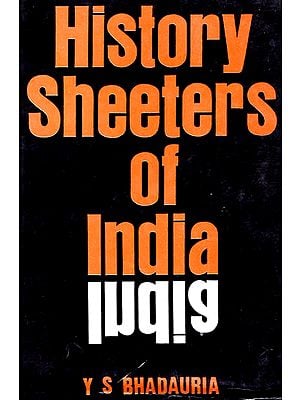 History-Sheeters are registered by the police under police regulations as bad characters who are likely to become habitual offenders or abettors of such criminals and kept under police surveillance to protect the society. They are usually treated as out castes and beydnd reformation and rehabilitations. The present study of the History Sheeters of India offers a wide view of the criminal behaviour and reformative approach towards criminals. The author has undertaken a scientific study of history sheeters form sociological point of view which has so far been overlooked and neglected.

The book covering 200 history Sheeters presents an interesting study of ciriminal behaviour, attitude and approach of society towards persons who acquire notoriety and problems faced in their rehabilitation. The attitude of the society towards criminals and particularly history sheeters i.e. 'tooth for tooth' and 'eye for an eye' has been replaced with 'hate' the crime and not the 'criminal'. This study breaks the barrier and highlights the realities of the situation.

The present volume is an original, definitive and commendably well written text of empiri-cal research on a tough sociological problem. It promises to. be of great value not only to the teachers and students of social sciences, but more so to the officers of the Judiciary, police, probation and prisons, as well the general reader.

Dr. Y.S. Bhaduaria, since the beginning of his professional career, was actively engaged in teaching, research and extention of rural services in the field of sociology and political science for several years.

In 1982, he Joined Planning Research and Action Division, State Planning Institute, Government of U.P., Lucknow, one of the pioneers in the field of Action Research established in 1954, as Rural Life Analyst and Head of Rural Life Analysis and Statistics Section. He is now rated as an outstanding Action Sociologist in the field of social development, evaluation, developmental training etc.

Dr. Bhadauria has successfully completed many professional training programmes on various aspects of Rural Development. He is an active member of various national and international professional Organisations. He has conducted many studies and success-fully impelemented many research projects assisted by various funding agencies at University and Government level. He has to his credit a large number of articles and papers published in various scientific journals in India and aboard.

Dr. Y.S. Bhadauria 's study of the history7sheeters of India though quite specific yet it offers a very wide view of the criminal behaviour and reformative approach towards the 'criminals. He has undertaken a scientific study of history-sheeters from sociological view point which has so far been overlooked.

The attitude of the society towards criminals and particularly the history-sheeters i.e., 'tooth for a tooth' and 'eye for an eye' has been replaced with 'hate the crime and not the criminal'. The history-sheeters were always considered as hardened criminals who were to be kept away under police surveillance to protect society. They were treated as outcastes and beyond reformation and rehabilitation. The history-sheets of the history-sheeters are the records to be maintained by the police under police regulations. Whenever and as soon as it has been established by suspicion or conviction that a suspect or the convict is an active and prominent member of a gang of criminals or a better thereof, who has become dangerous to society and is unlikely to be reformed, a history sheet is opened for him with the permission and order of the Superintendent of Police. This study of 200 history-sheeters by Dr. Bhadauria presents an interesting phenomenon of criminal behaviour, attitude and approach of society towards persons who acquire notoriety and the problems faced in their rehabilitation.

The first chapter of this work introduces to the readers the nature of the study, approach and process of collection of data. In the second chapter different meanings of crime, various types of criminals and theories of punishment have been discussed with reference to present day reformative approach. In the third chapter the statutory concept of history-sheet, history-sheeter, rules and regulations have been brought out. Chapters four and five contain the characteristics and family life of history-sheeters. In the sixth chapter comparison has been made of crime committed by history-sheeters before and after opening their history-sheets. The nature of crimes, causes, age at which first crime was committed, punishment awarded to them, have also been studied. En chapter seventh economic conditions and occupations of history-sheeters have been discussed. The change in social status of history-sheeters and the attitude of community towards them have been described in chapter eight. Chapter nine is devoted to the analysis of, the relationship of history7sheeters with police. In the tenth chapter suggestions have been made to make history-sheeters and their families useful citizens of the country and planning for their social adjustment, reform, rehabilitation, after care .and in making them accepted by the people among whom they can work and live.

Dr. Bhadauria's work is a significant contribution in the field of criminology and is of great importance to all those who are concerned with the reformation and rehabilitation of the history-sheeters. I believe that this work will prove invaluable source book to the scholars, administrators and reformers. I compliment Dr. Bhadauria for having produced such a fine study of history-sheeters, a very specific problem, which so far had escaped the attention of the researchers. My congratulations to Dr. Bhadauria. 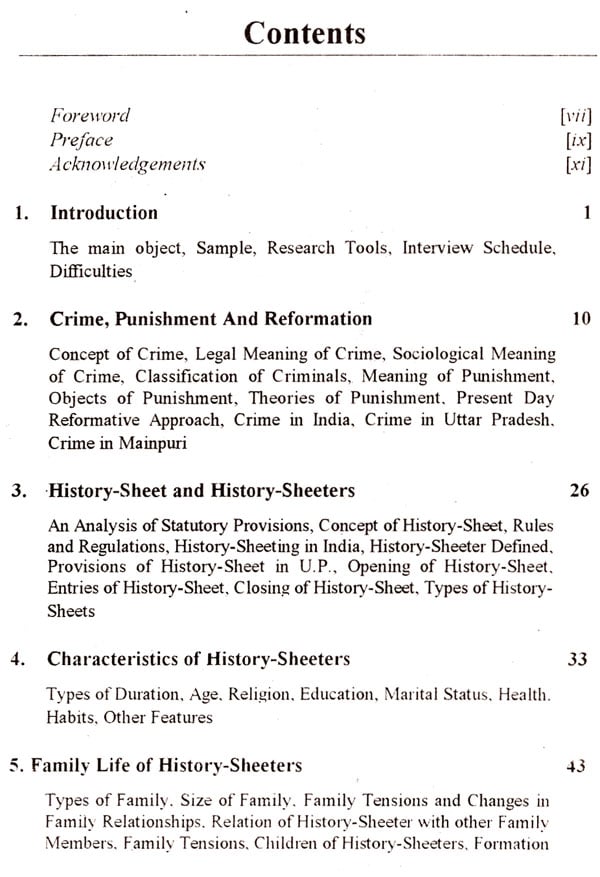 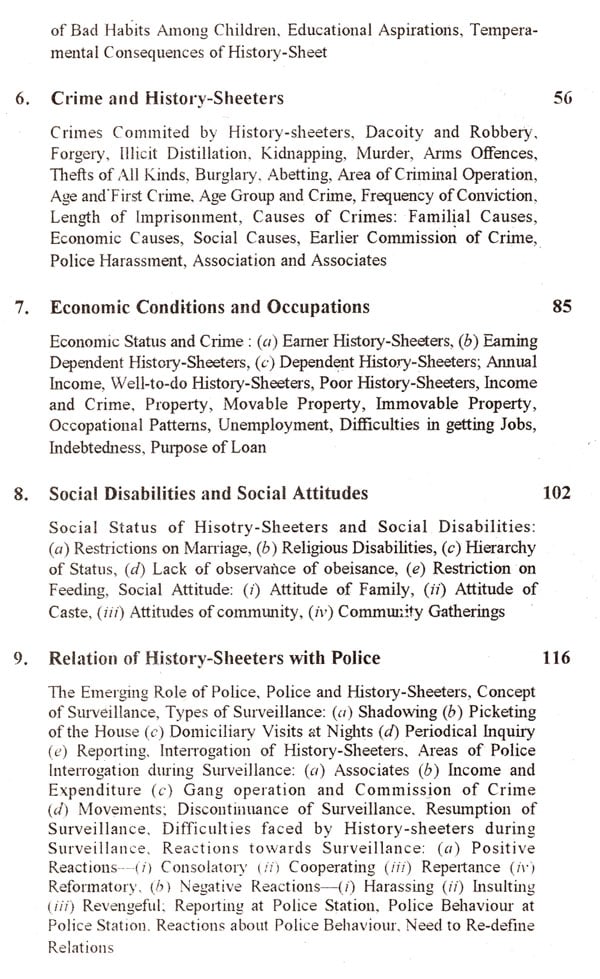 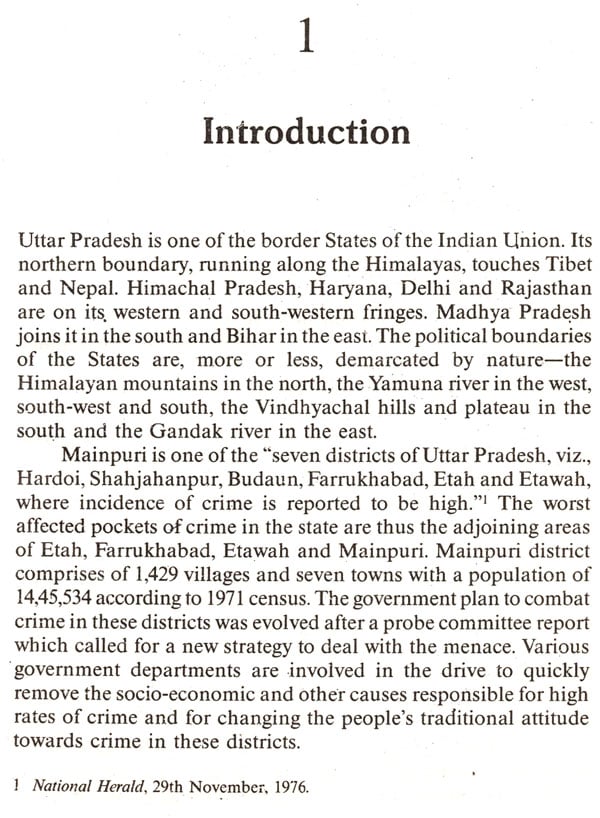 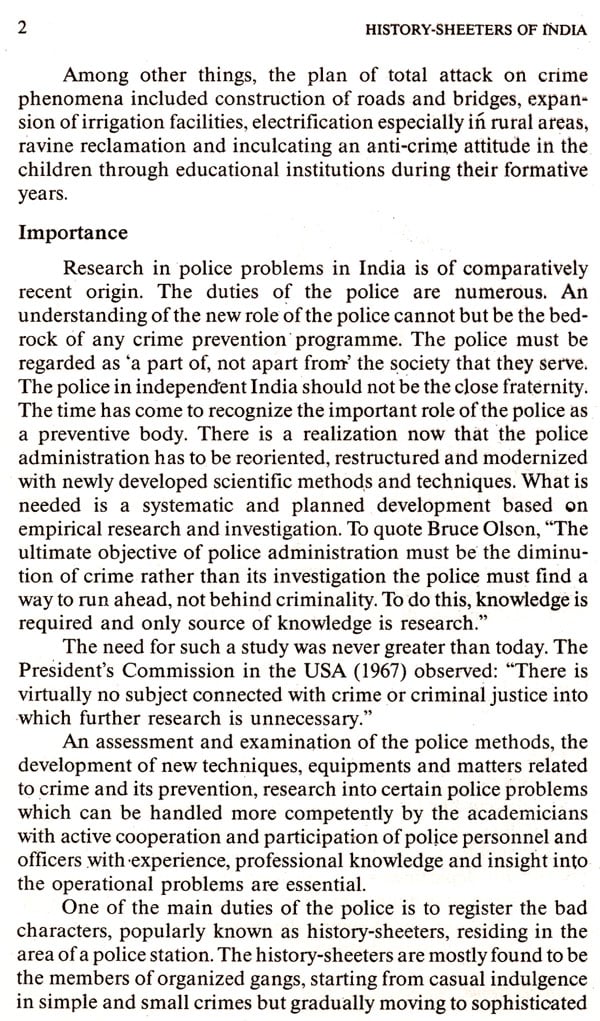 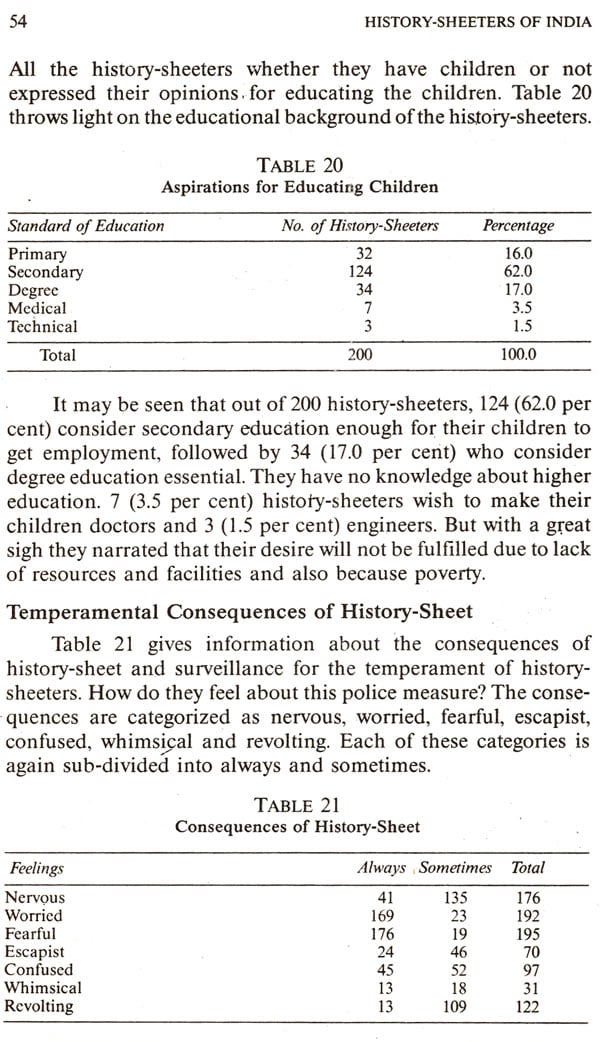 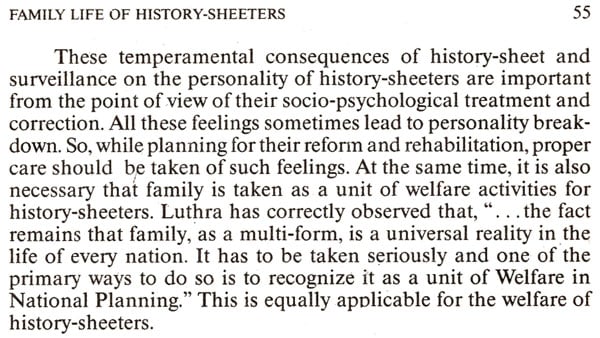 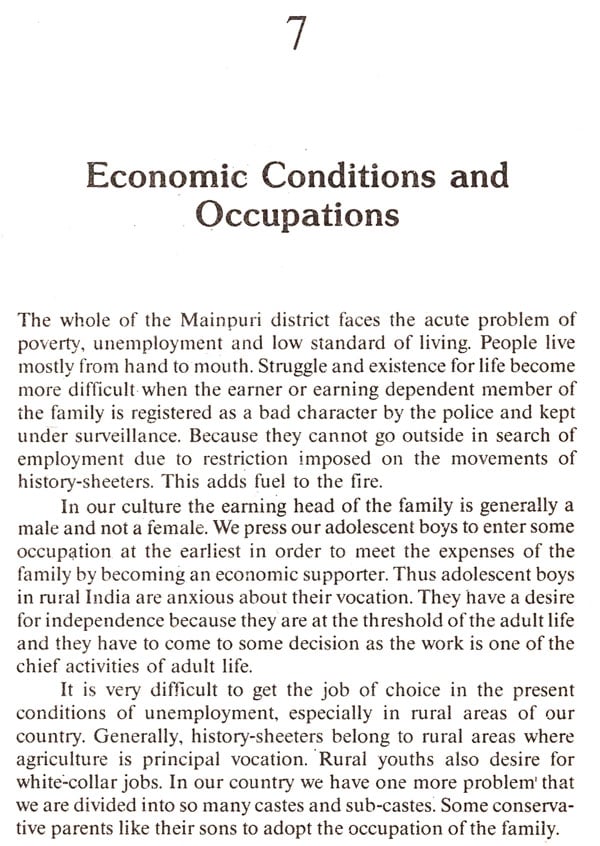 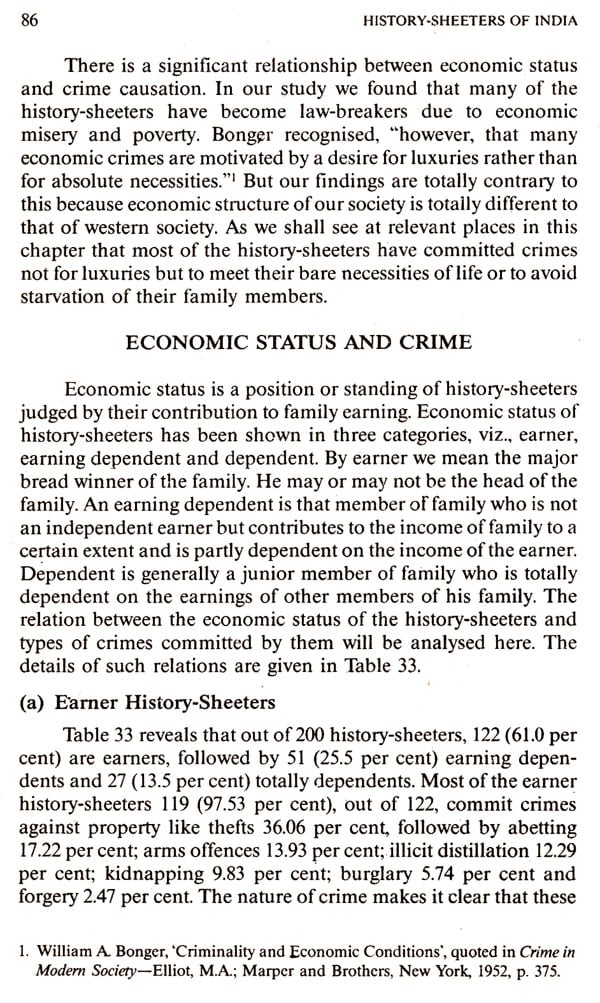 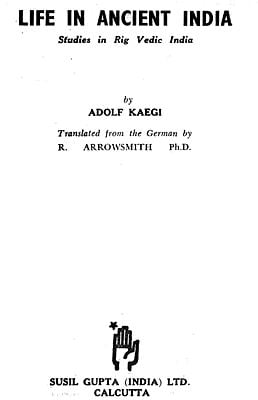 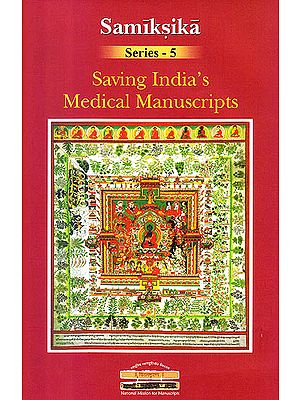 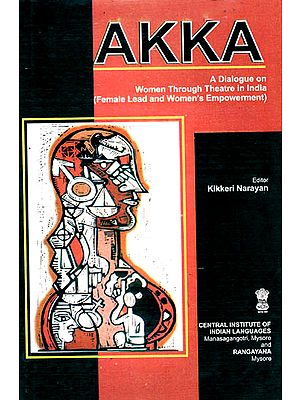 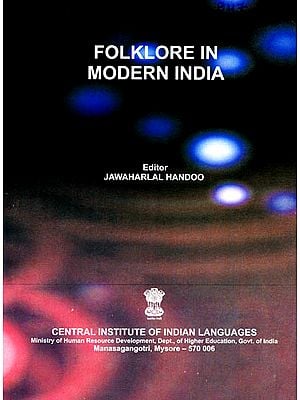 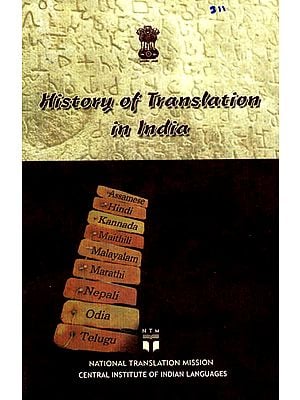 Bhanudas - The Saint Heritage of India (A Collection of Classical Works)
By Justine E. Abbott
$16