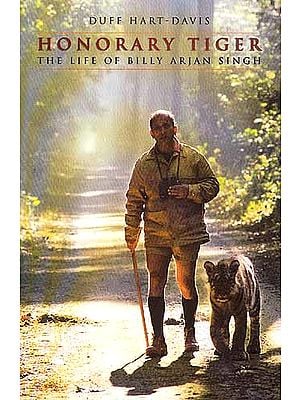 Popularly known as India's latter-day Jim Corbett and 'tiger man', 87-year-old Billy Arjan Singh is by any standards an extraordinary man. At Tiger Haven, his home in a magical spot on the edge of the jungle in UP. Billy's experiments with bringing up three orphaned leopards, and also Tara, a tiger cub which he imported from a zoo in England - shot him into both fame and controversy. His aim was to see if Tara's instincts would make her revert to the wild when she became mature. They did - and over the years she produced four litters of cubs, thus proving his contention that it is possible to supplement dwindling wild stocks with zoo-born animals. But when it was discovered that the tigress had Siberian genes in her ancestry, he was accused of having introduced a 'genetic cocktail' into the jungle.

Undeterred, Billy remained a champion of the forest and its denizens. It was almost entirely due to his advocacy that in 1973 the then Prime Minister, Indira Gandhi, authorized the creation of the Dudhwa National Park. Now, in his eighties, comes recognition for his efforts: In March 2005 he received the J. Paul Getty Wildlife Conservation award - a global honour administered by the World Wildlife Fund, that serves to recognize outstanding contributions in international conservation.

In this affectionate biography, the British author Duff Hart-Davis tells the story of a man absolutely dedicated to the cause of animals, who has given fifty years of his own life to their conservation.

Duff Hart-Davis has written or edited more than thirty books, specializing in biography and natural history. From 1986 to 2001 he contributed a weekly column on country matters to the London Independent. His illustrated encyclopaedia Fauna Britannica, was described by the London Sunday Telegraph as 'Highly readable, skillfully researched  myriad fascinating details.' His books include eight adventure novels, and Audubon's Elephant, published in 2003.