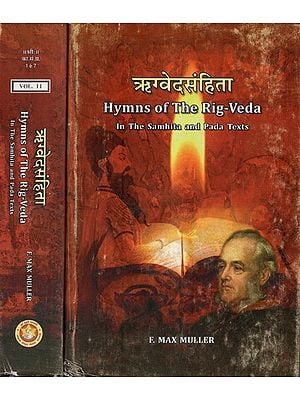 ऋग्वेदसंहिता - Hymns Of The Rig-Veda: In The Samhita and Pada Texts- Set Of Two Volumes (An Old and Rare Book)

FREE Delivery
$60
Quantity
Ships in 1-3 days
Notify me when this item is available
Preface
THIS edition of the text of the Rig-Veda, the first complete edition of that ancient text in both the Samhita and Pada forms, is chiefly intended to answer the requirements of students in India. The Rig-Veda, the oldest book of Indian literature, has very properly been made one of the principal class-books for those who study Sanskrit in the schools and colleges in India, and though at present a scholar-like knowledge of the Vedic hymns is in the examinations required of the more advanced students only, yet, as soon as editions, translations, grammars, and dictionaries shall have rendered the study of these ancient documents more accessible, I doubt not that the time will come when no one in India will call himself a Sanskrit scholar, who cannot construe the hymns of the ancient Rishis of his country. What should we think of a Greek scholar who could lead Euripides or Anakreon, but could not construe Homer? Yet that is, or, at all events, will be the- position of a Sanskrit scholar who professes to pass in Sakuntala and Amaru, but is unable to under-stand the best hymns of the Rig-Veda.

When this new demand for a complete edition of the Rig-Veda arose, it was clearly impossible to meet it by a reprint of my large edition, containing both text and commentary. The first volume of that edition is nearly out of print, and, without the liberal assistance of the government, no reprint of it could be brought out, except at a price that would place the book beyond the reach of most scholars. All that might be done, would be to reprint the first Adhyaya for schools; for it may be safely said, to use the words of Sayan, that he who has honestly worked his way through that first book, is able to understand all the rest of Sayana's commentary.

But even a reprint of the text only of the Rig-Veda was by no means an easy undertaking. I have sometimes been blamed for not having published such an edition long ago. All that I can say is that I was most anxious, but that I was too poor to do it, I began an edition of the two texts of the Rig-Veda in the year 1856, hut, though everything was ready, the expense of the undertaking proved too great to allow the German publisher to continue the work to the end. It was only with the assistance of the German Oriental Society, and through the liberality of a Royal Academy, that the Editor of the "Indische Studien" was enabled to publish a transcript into Roman letters by Prof. Aufrecht, and this for the Samhita-text only, with extracts from the Pada-text. In answer to certain ill-natured misrepresentations reflecting on the promoters' of that undertaking, I can only say that if I did not complain because the text of two out of ten Mandalas might thus seem to have been snatched from my edition, it was hardly for others to complain in my name. What I said in the preface to the first volume of my translation of the Rig-Veda, I say here again: "No one could have rejoiced more sincerely than I did at the publication of the Romanised transliteration of the Rig-Veda, carried out with so much patience and accuracy by Prof. Aufrecht. It showed that there was a growing interest in this, the only true Veda ; it showed that even those who could not read Sanskrit in the original Devanagari, wished to have access to the original text of these ancient hymns ; it showed that the study of the Veda had a future before it like no other book of Sanskrit literature. My learned friend Prof. Aufrecht has been most unfairly charged with having printed his Romanised text me insciente rcl invite. My edition of the Rig-Veda is publici juris, like any edition of Homer or Plato, and anybody might have reprinted it, either in Roman or Devanagari letters. But fat from keeping me in ignorance of his useful enterprise, Prof. Aufrecht applied to me for the loan of the MSS. of the two Mandalas which I had not yet published, and I lent them to him most gladly, because, by seeing them printed at once, I felt far less guilty in delaying the publication of the last volumes of my edition of the text and commentary." And, in order to remove all possible misunderstandings, I take this opportunity of stating, that when Professor Aufrecht applied to me, I lent him, not my transcript of these MSS., but the MSS. themselves on which my text is founded (see Preface to the first volume of my edition, 1849, pp. vii-x), because without them, as he wrote to me, he found it impossible to give a correct text of that portion which I had not yet published.

An edition of the Rig-Veda in Roman letters, however useful in Europe, was of course of little assistance in India. It had no doubt the advantage of being cheap, and this chiefly owing to the liberal subsidy from two learned societies; but it proved again, what was known before, that it is physically impossible to avoid a large number of mistakes and misprints in transcribing Sanskrit texts, more particularly with accents, in any European alphabet. 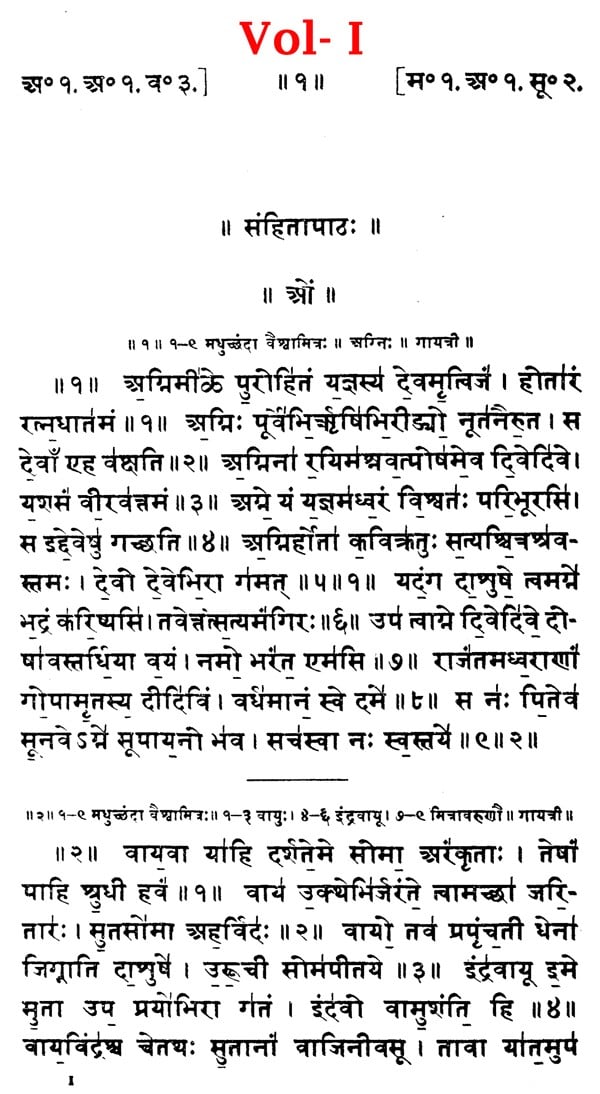 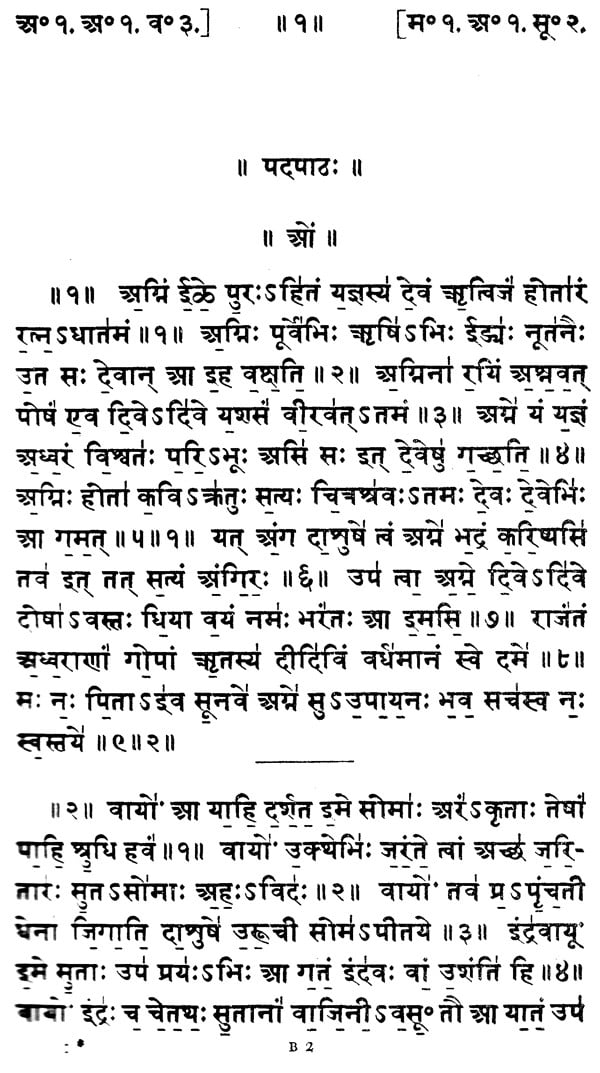 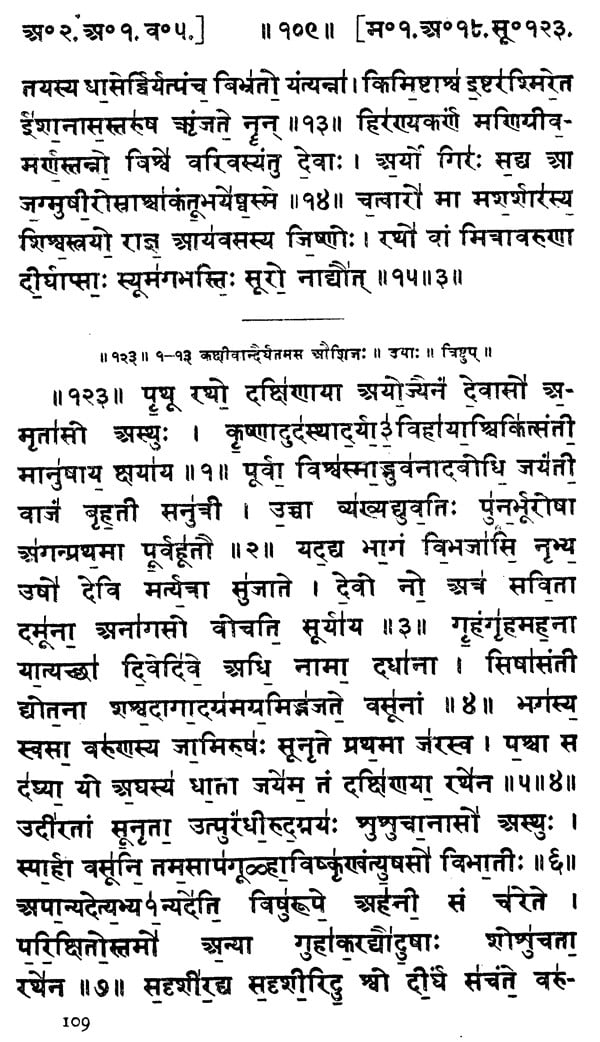 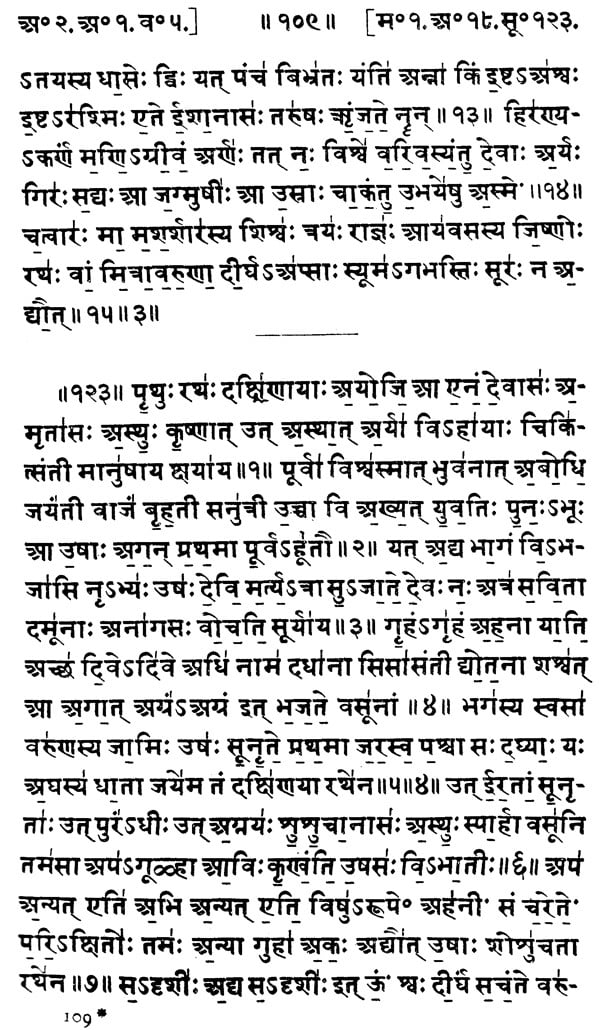 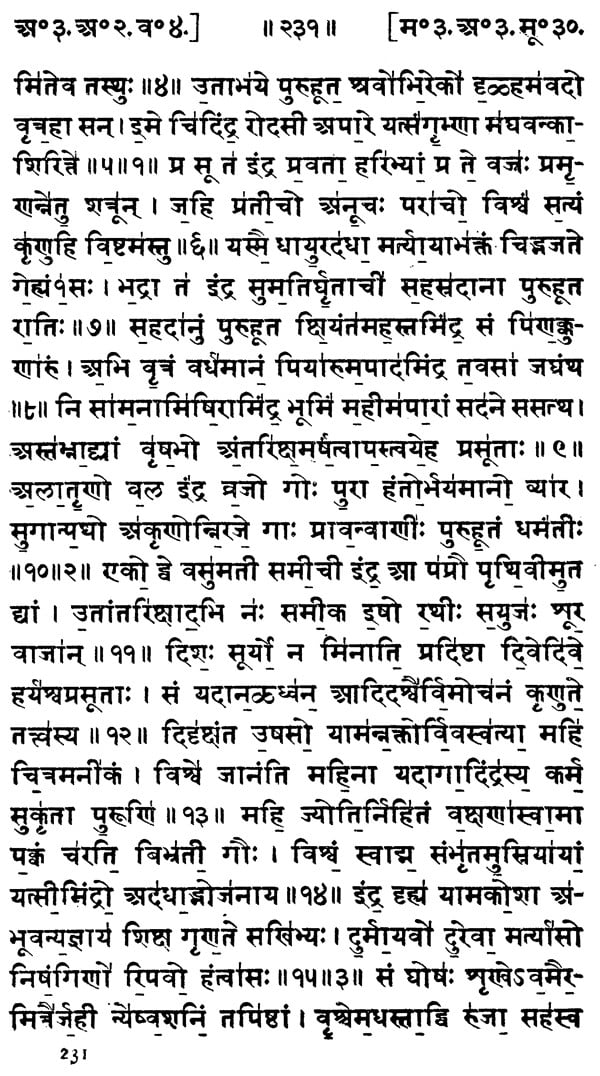 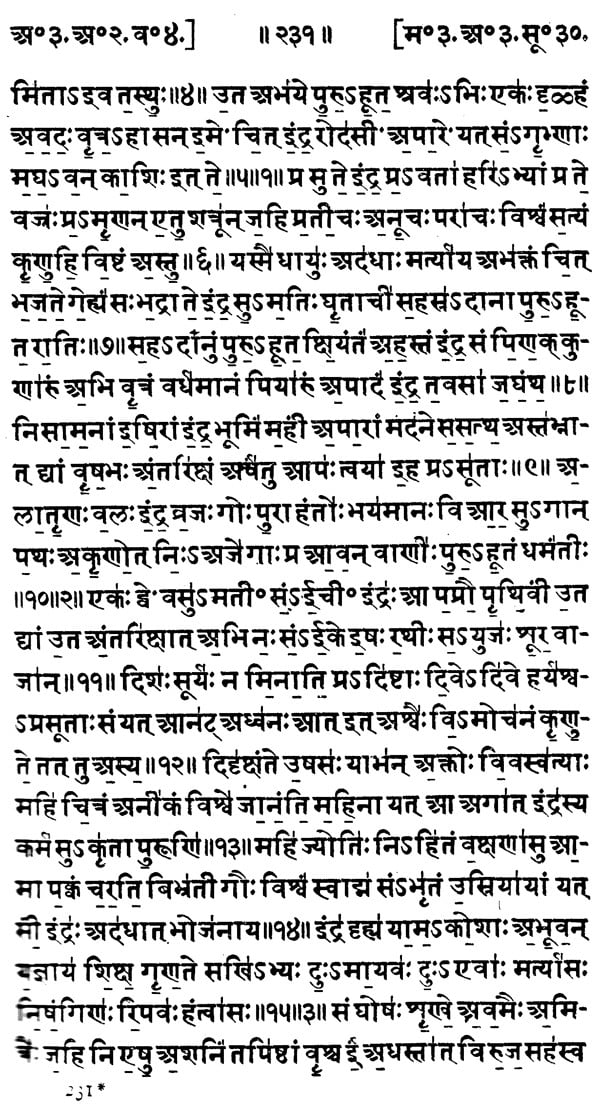 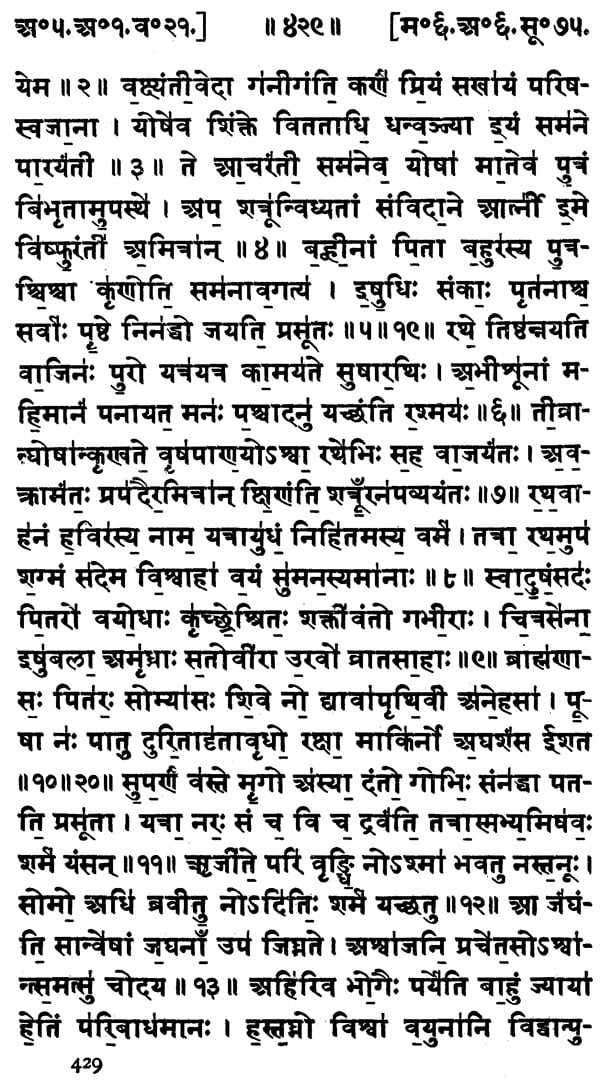 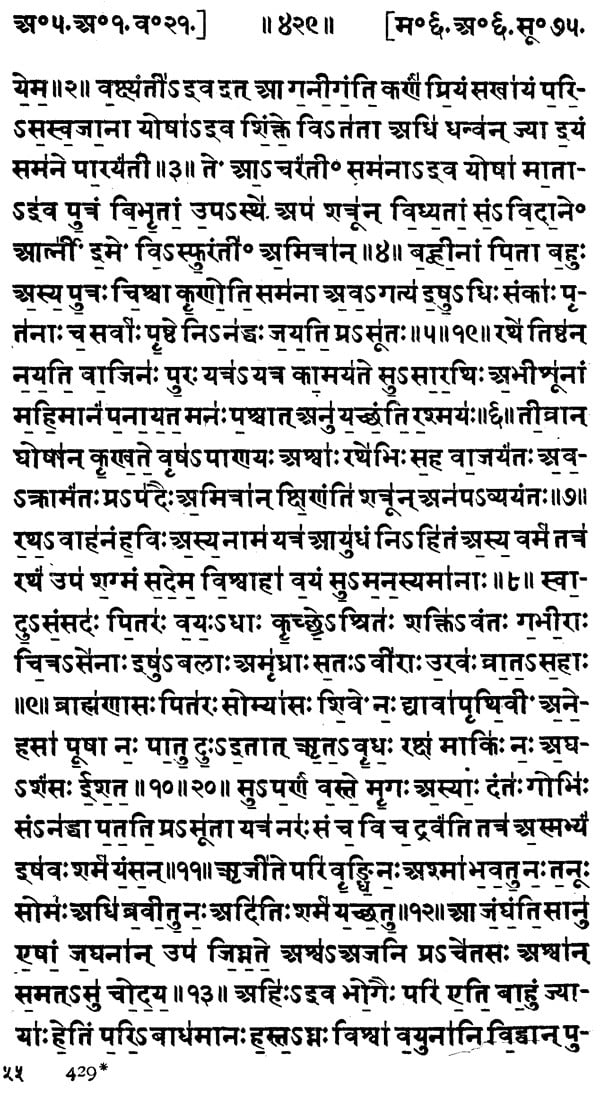 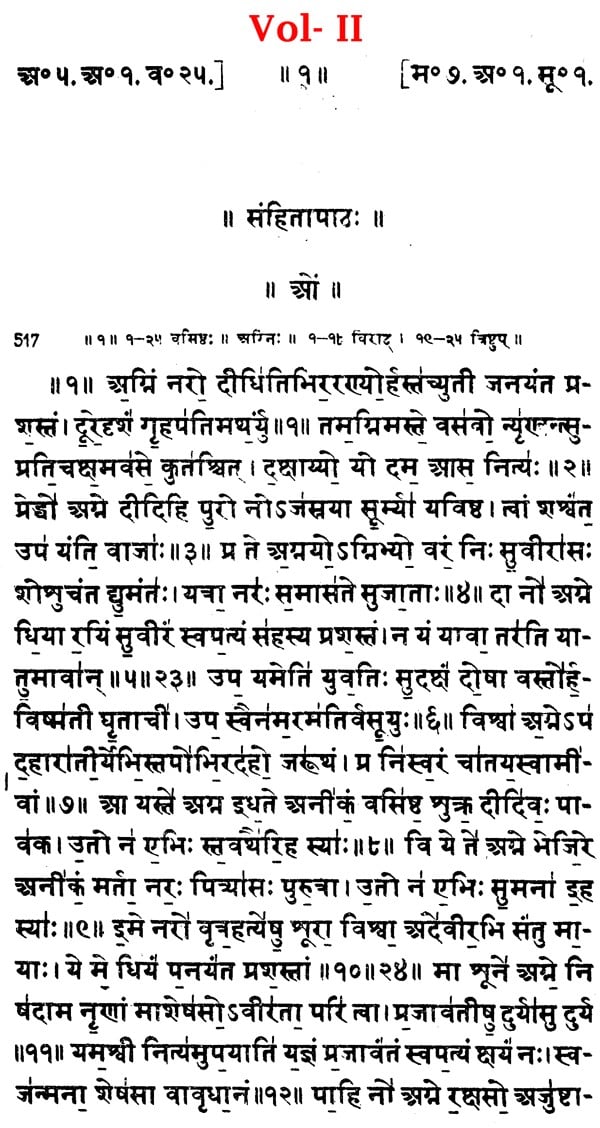 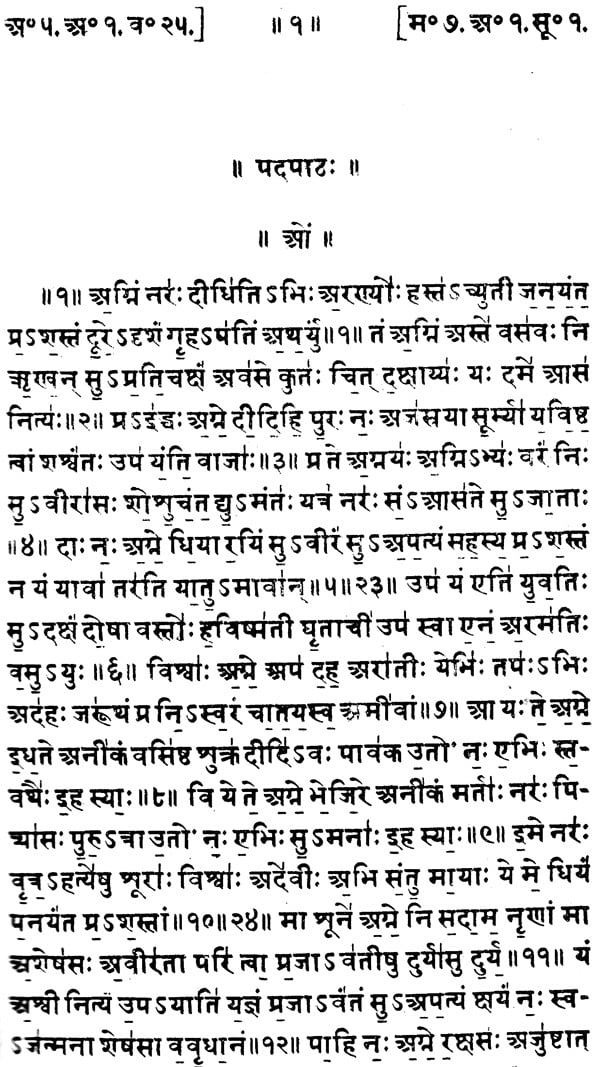 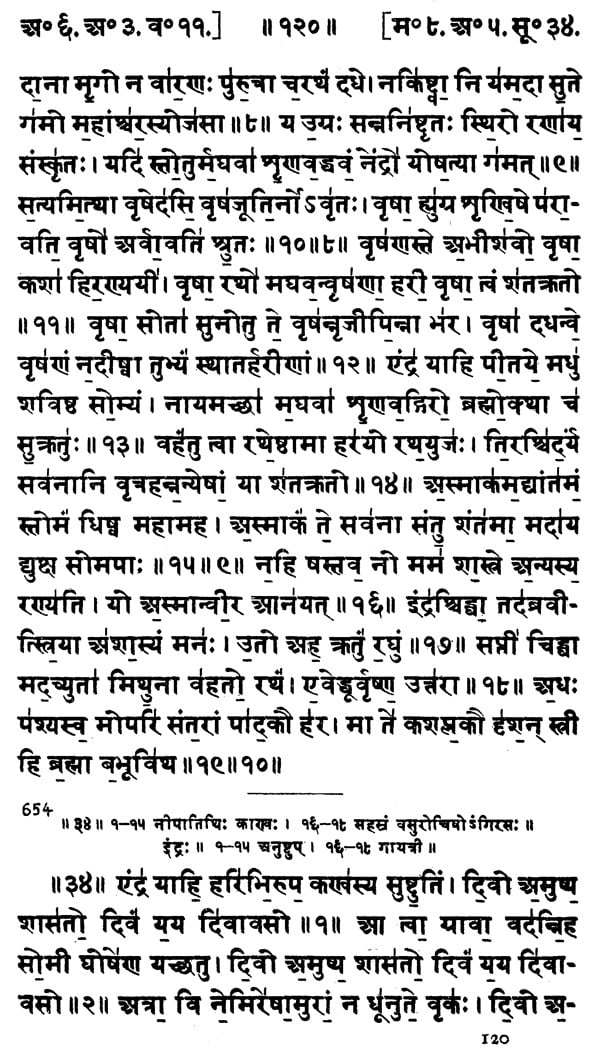 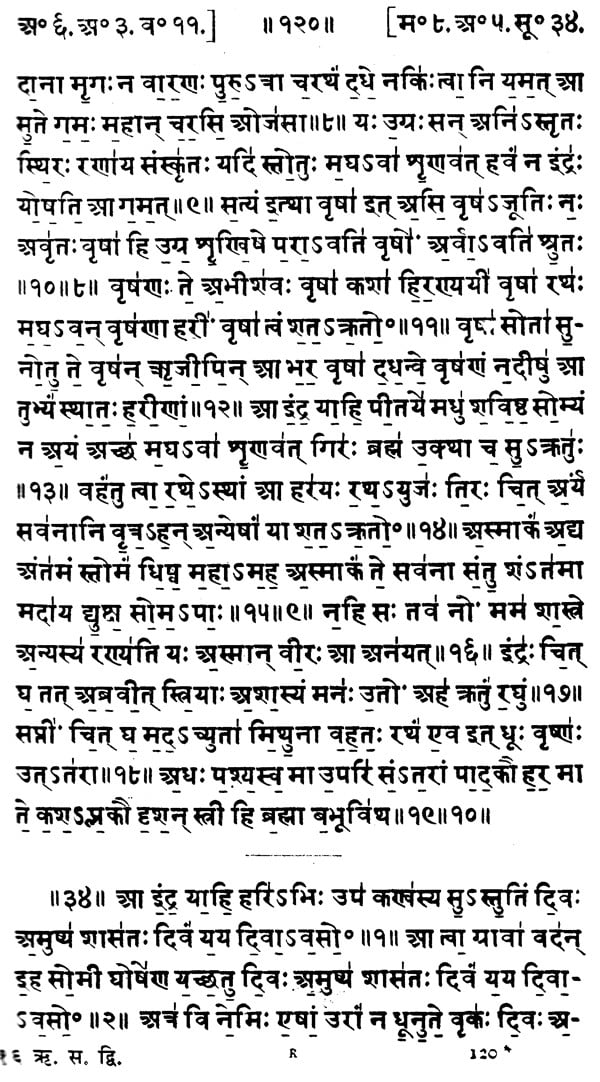 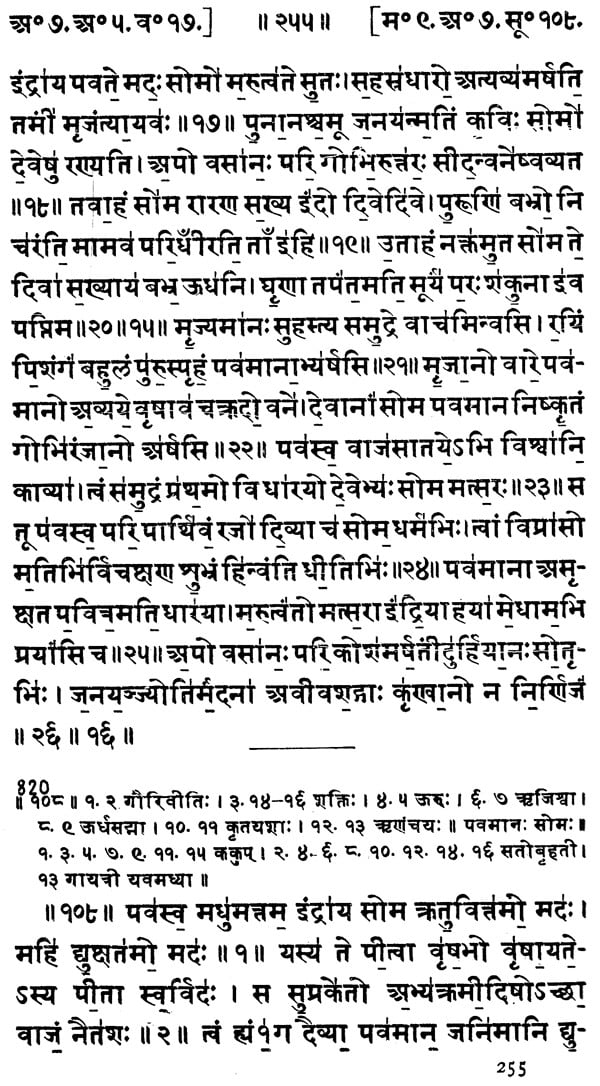 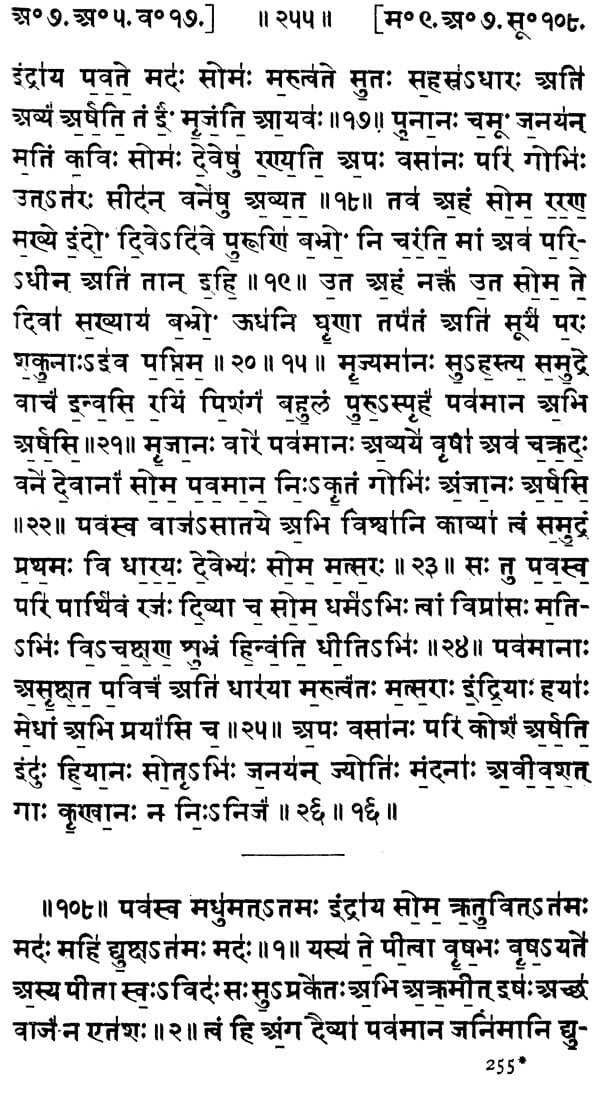 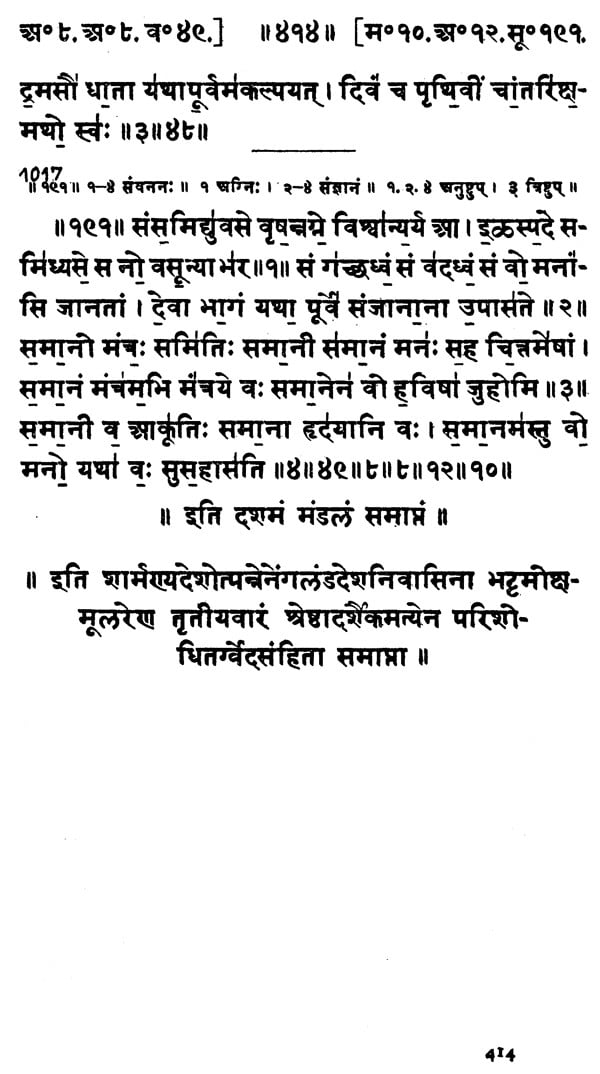 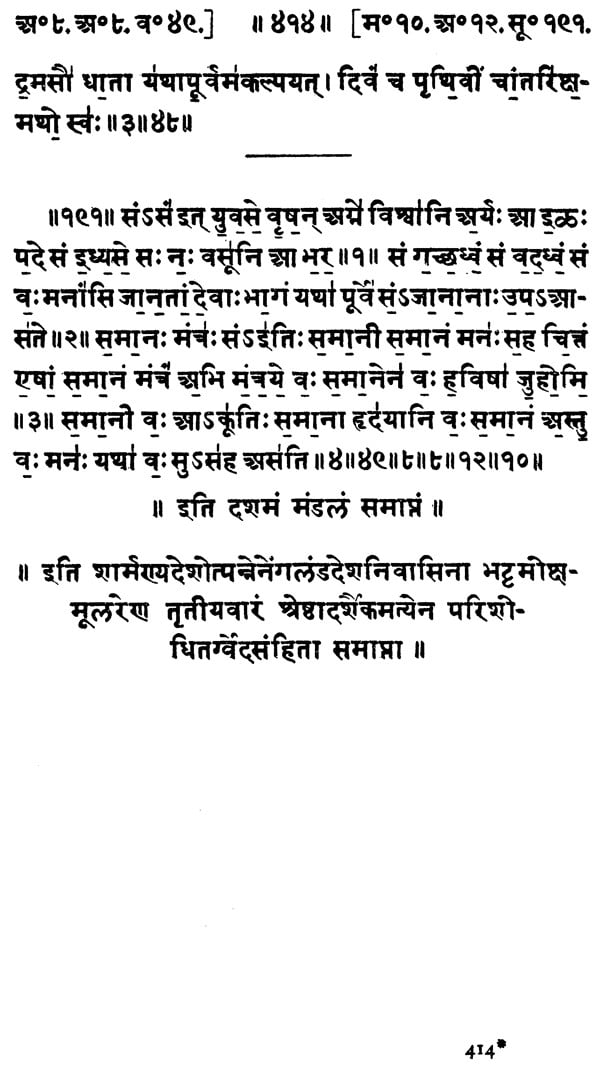