The Iconography and Ritual of Siva at Elephanta

$36.00FREE Delivery
Ships in 1-3 days
Notify me when this item is available
Back of the Book

“Collins develops a theory about the layout of the reliefs in the cave that is innovative and important, and which he makes credible, even if not absolutely conclusive in his argument.”

The beautiful rock-cut Siva temple on Elephanta Island in Bombay harbour is one of the finest monuments of Indian religion and art. Until now, interpretation of its magnificent sculptured scenes has been neglected.

In this book, Collins systematically surveys the pertinent Vedic, Epic and early Puranic literature as well as the contributions of India’s foremost poet and dramatist, Kalidasa, to reveal sources for and interpretation of the subjects of the relief sculptures. This surveys shows strong associations with are as formerly controlled by the classical Gupta dynasty in northern India. This book provides the first detailing of this link, intimated by others before, which helps to explain the grandeur of style found in the colossal reliefs.

By applying certain aspects of ritual texts of the Lakulisa-Pasupata, the sect that probably used Elephanta originally, exceptional clarity is reveled for the worship of the sculptures in a counterclockwise sequence, quite unusual in India, but appropriate to this particular sect. Lakulisa-Pasupata texts are invoked in Collin’s theory of how the cave-temple at Elephanta was used. This area of investigation has been virtually untouched by other scholars of any early Hindu shrine in India.

Charles Dillard Collins is Associate Professor of Fine Arts at the Rochester’ Institute of Technology.

THE great Saivite rock-cut temple on Elephanta Island in Bombay Harbor is a major monument of the period just following the rule of the Gupta dynasty in northern India. Much has been written about the iconography of the relief-sculptures inside the cave-temple, but no one has systematically studied them as an integrated program, especially in relation to specific sectarian literary sources. In addition, there is still no scholarly consensus about the style of the sculptures as it relates to the schools of the Gupta dynasty, of their feudatories, and of their immediate successors in western India. The political situation of the region around Elephanta has recently been defined, but it needs to be reconsidered in view of the sectarian and stylistic factors. The dating of Elephanta in light of the stylistic and political uncertainties has differed by hundreds of years among scholars.

The major publications on Elephanta include James Burgess’s The Rock Temples of Elephanta or Gharapuri (1871); Hirananda Sastri’s A Guide to Elephanta (1934); an entire issue of the journal Marg (September 1960), with most articles written by Muriel Neff; and Carmel Berkson et al., Elephanta: The Cave of Shiva (1983). These and many other competent references for the cave-temple will be discussed in Chapter II.

The rock-cut temple is the largest of several excavations on the island. Its shape is basically a square of about 130 feet per side, with reentrant corners (Figure 1). The interior consists of a number of aisles separated by pillars. The dominant axis is east-west and a freestanding square shrine with a linga is found at the west end of a pillared nave. There are columned porches on three sides. On the remaining south side of a secondary north-south axis, there are three sculpture niches, with a large bust-length image of Siva in the central one. Adjoining the main cave on the east is a separate wing with its own freestanding shrine and an open hall flanked by two rectangular chapels. On the opposite or west side of the main temple is a smaller rock- cut shrine with portico, and nearby is a cistern.

The sculptural program in the main temple consists of eight narrative panels, two in each of the three porticoes and two on the south wall that flank the central iconic image. Two reliefs in the east porch represent a domestic scene of Siva and Parvati seated atop a mountain (Umamahesamurti or Umamahasvaramurti- Figures 2, 54), and Siva and Parvati on a mountain with a demon figure beneath (Ravananugrahamurti: literally, showing favor to Ravana-Figures 3, 45, 47). The reliefs in the north portico show Siva as an ascetic (Siva as Lakulisa, or generally Yogesamurti - Figures 4, 61, 75), and Siva in an attitude of dancing (Nrttamurti—Figu1•es 5, 22, 78). The sculpture panels in the west portico depict a destructive form of Siva who slays a demon (Andhakasuravadhamurti —Figure 6), and a marriage scene of Siva and Parvati (Kalyanasundaramurti—Figures 7, 68). Finally, in the center of the south wall are three niches, with a scene of Siva beneath a river goddess and next to Parvati (Gahg6dharan1iirti—Figures 8, 39, 69-71, 77) on one side, opposite a half-female (and half—male) image of Siva (Ardhanarisvaramurti—Figures 9, 41, 72) on the other side. Between these panels is a colossal and deeply carved three-faced image of Siva (Siva Mahadeva or Mahesvara or Mahesamurti [Mahesvaramurti)-Figures 10, 65, 66, 73, 74, 76). This bust-length image of Siva is another component in the program, but its character is more hieratic than narrative. It serves as the focal point of a secondary north-south axis in the temple. Other sculptures within Elephanta include guardian figures with attendants that flank this image of Siva (Figures II, 56) and even larger guardians with attendants that surround the four doors of the shrine (Figures 12, 13, 60).

The sculptures in the separate cave off the east court (Figures 14-16, 79-84) include the "eight" Divine Mothers (Sapta-Matrkas literally, seven mothers) along with Ganesa and probably Karttikeya (Skanda) in the west chapel, and two guardians flanking the shrine pathway. Lions flank the shrine staircase. The sculptures in the smaller west court (Figures 17, 18) include a dancing image of Siva, a seated image of Siva as an ascetic, and two guardians beside the shrine doorway. The sculpture in the wings is separate from the program in the main cave which will be the primary focus in this study. Therefore, only those sculptures in the west court that represent the same subjects found in the relief-panels of the main cave will be referred to for specific points of iconography or style. References of the layout and sculptures in the east and west courts will be made in Chapter VI, below.

The first chapter will survey the political situations in the Deccan between the fifth and the seventh centuries in order to put the dynasty of the Kalacuris, who are believed to have been the patrons of Elephanta, in pro- per perspective. In Chapter 11, the chronicles of visitors to the rock-cut temple and its surrounding urea from the sixteenth century to the present will be surveyed for information about the condition and interpretations of the monument. The evidence for a lost inscribed dedication panel is included in Appendix A.

Literary sources, both religious and secular, are appraised and analyzed in Chapters III and IV. The purpose here is to more clearly define the iconography of the sculptural program at Elephanta, and also to explore the contextual significance or iconology of the reliefs. Chronologies are not precise for these writings, but a relative sequence is established in terms of those that most likely preceded or were contemporary with the cave-temple. For much of this literary material critical editions are not yet available, but an attempt has been made to sort out some of the more obvious later interpolations or improper transcriptions in the textual tradition. Using the texts, the sculptures will be analyzed in sequence in an attempt to clarify the meaning of each separate scene, and to elucidate their possible collective significance as a coherent iconographic program.

In Chapter V, the artistic sources and stylistic parallels are studied to determine the probable directions of influence on the sculptors of Elephanta. This expands the material on iconography and serves to integrate it with the political situation, particularly the orbit of the Kalacuris which over- lapped that of the earlier Guptas or their feudatories.

The last chapter of the study is an analysis of two texts of the Lakulisa- Pasupata cult of Saivas in the context of Elephanta. From all available evidence, it appears that this sect, to which the Kilocuries rulers may have belonged, has a direct relevance to the cave—temple. The evidence of these two textual sources had not been applied to the, monument before and yet they are of major help in understanding how dogma and ritual are manifested in it. The earlier of the texts, the Pasupata Sutra with its commentary, was apparently compiled not long before Elephanta was begun. 'Therefore, in addition to filling some of the iconographic gaps in the Puranic literature, it is the most important source for the iconology of Elephanta. Along with the evidence of the later Ganakarika text and commentary, it is used as the basis for a new theory of how Lakulisa-Pasupata ritual might have taken place within the temple. 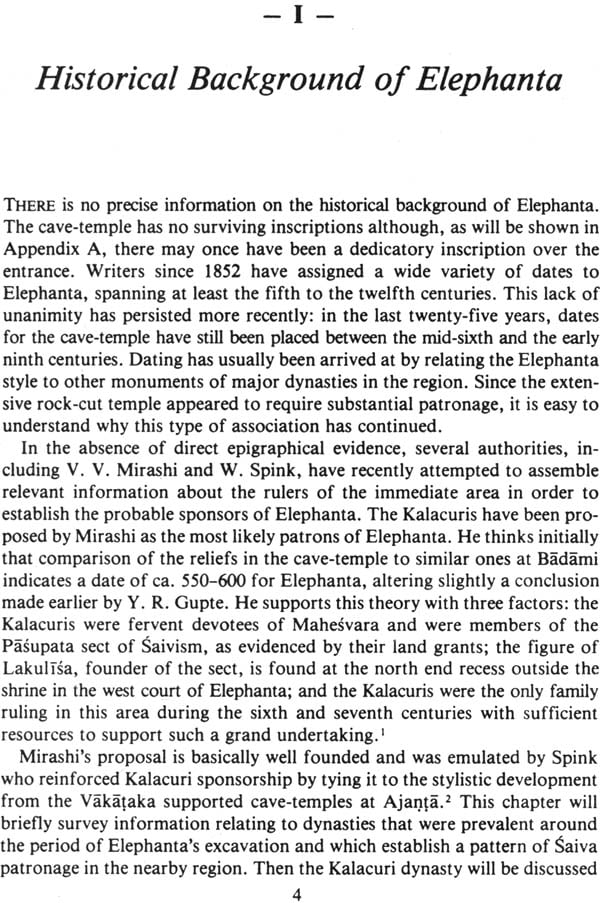 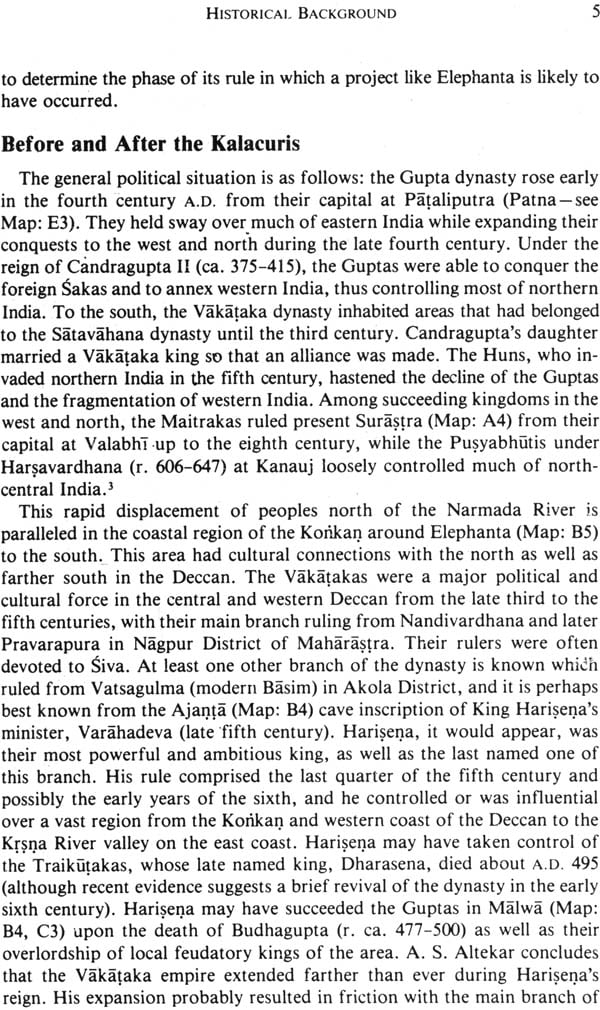 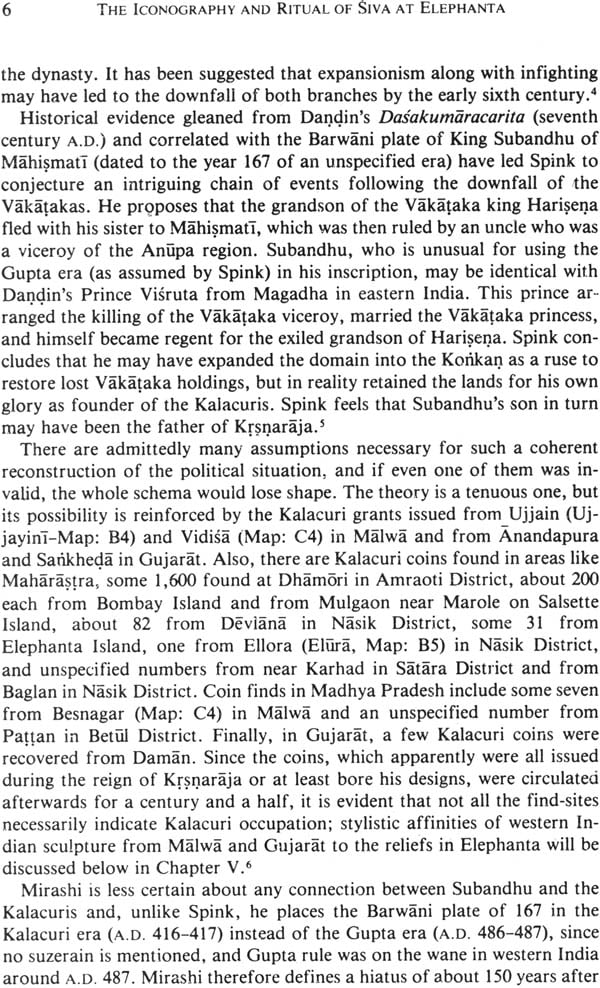 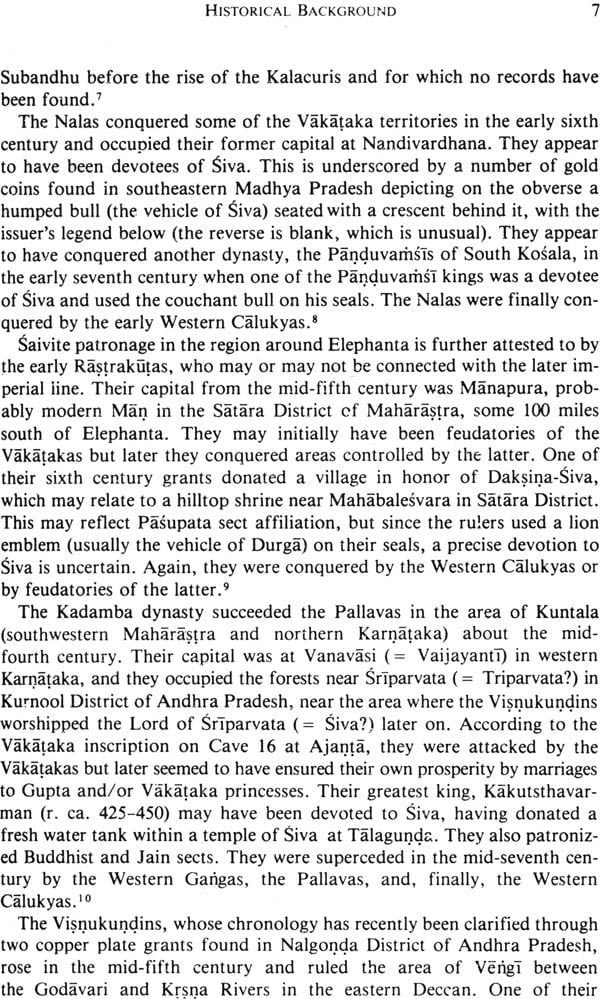 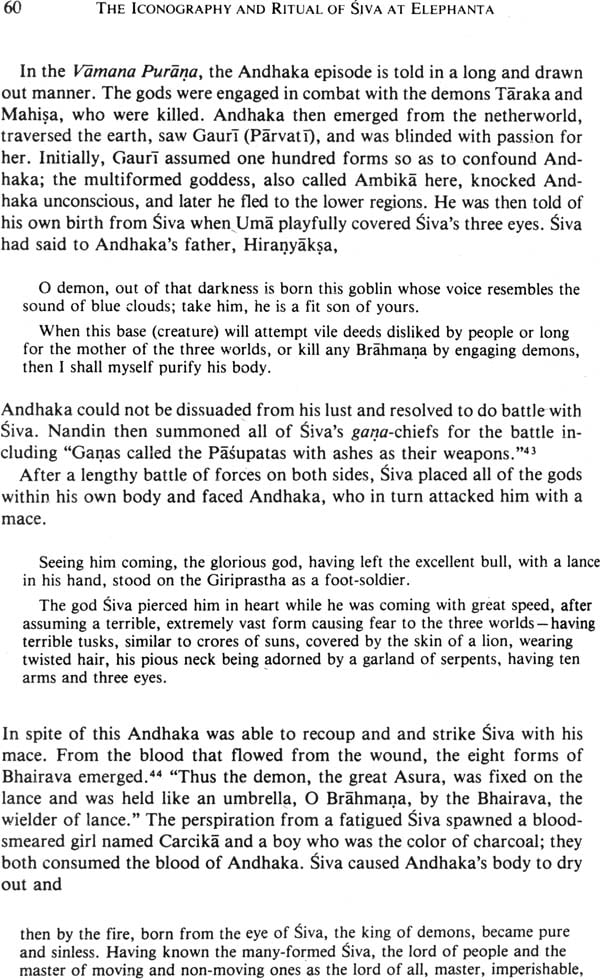 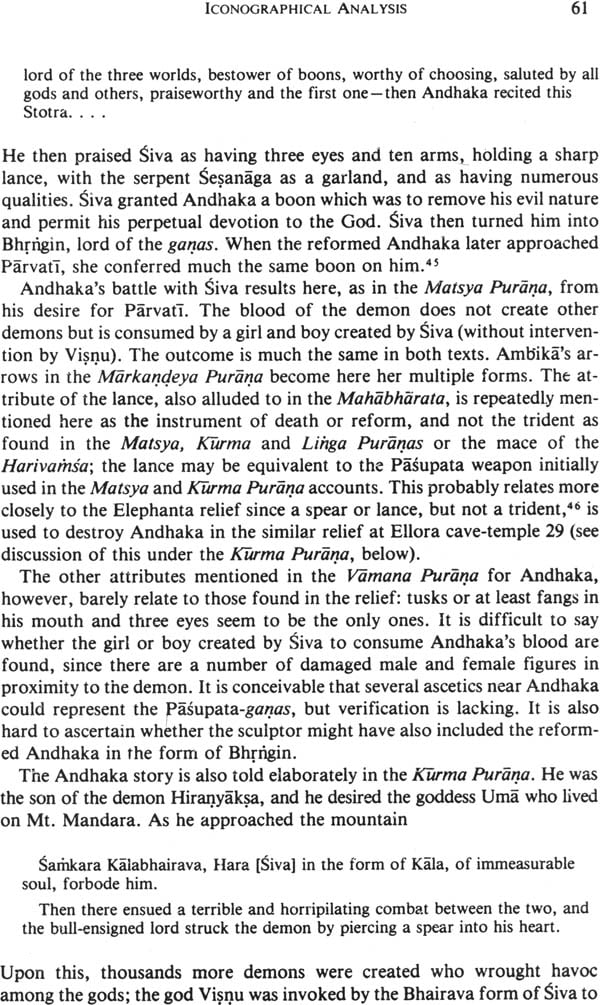 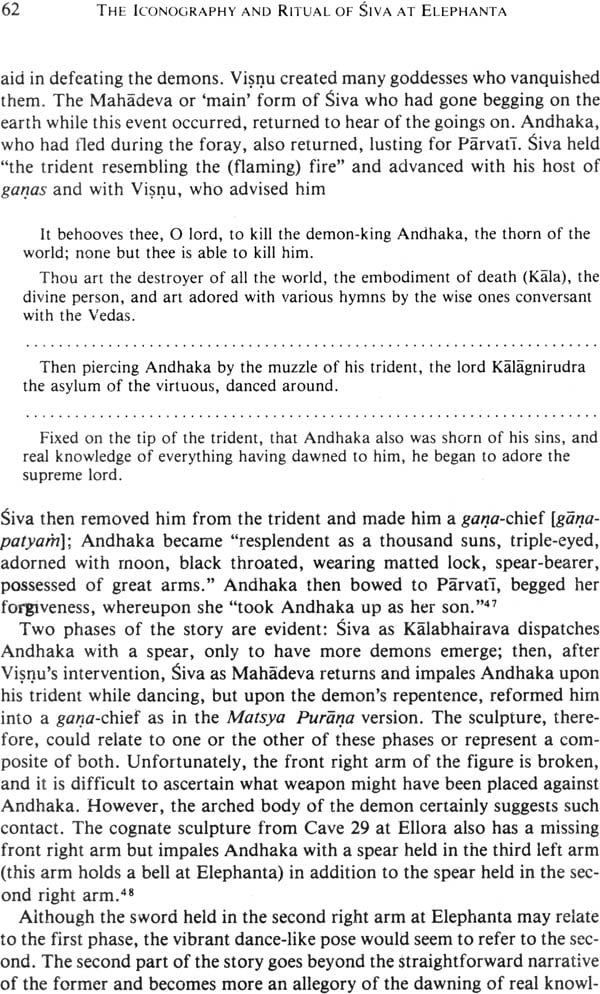 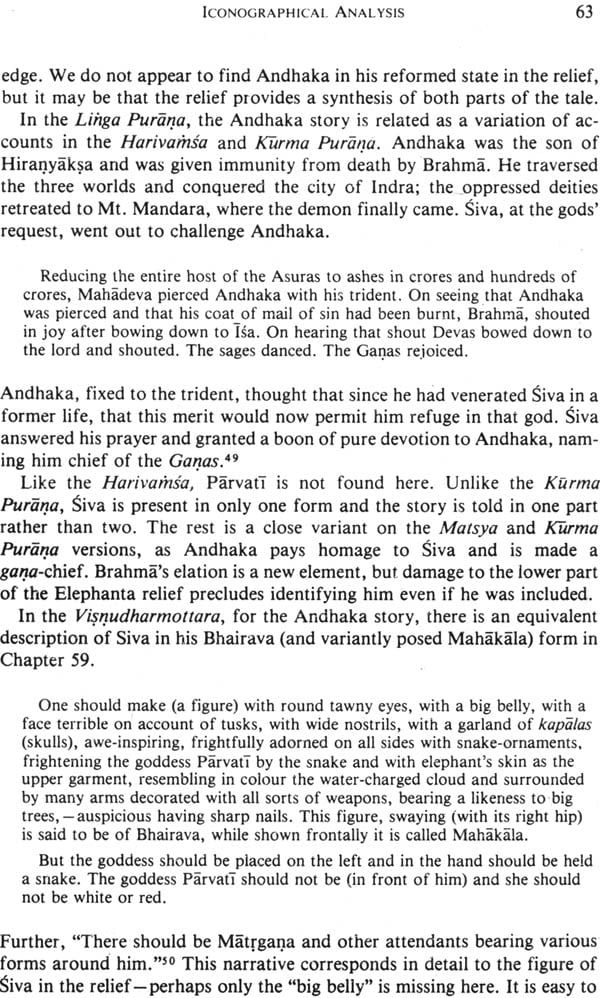 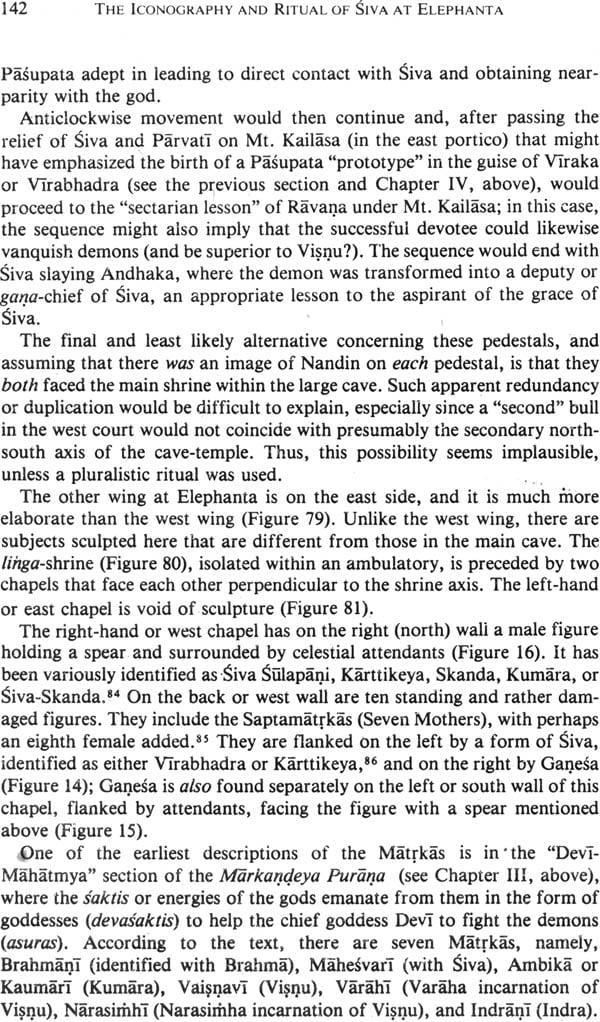 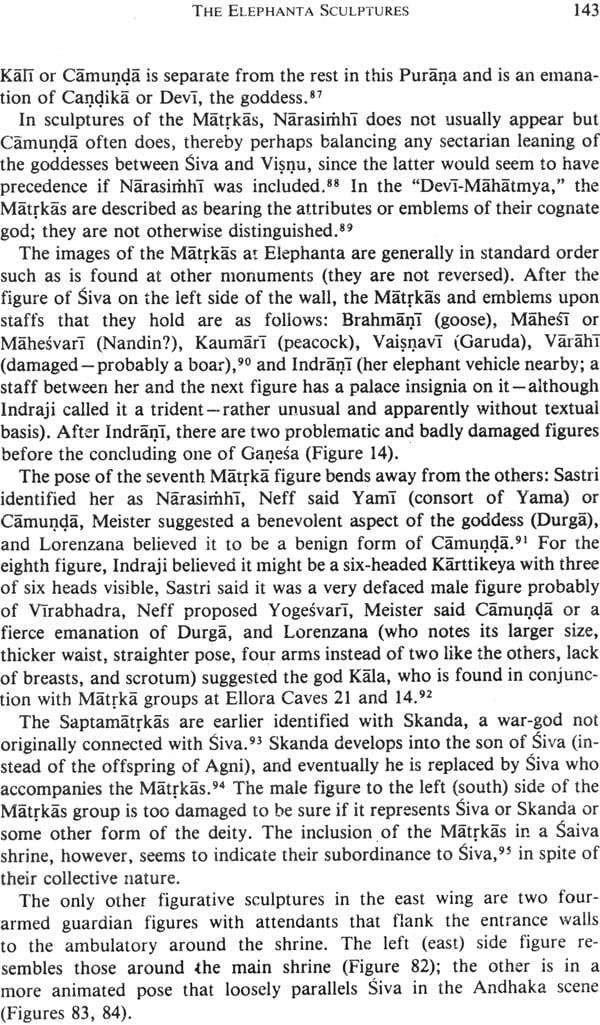 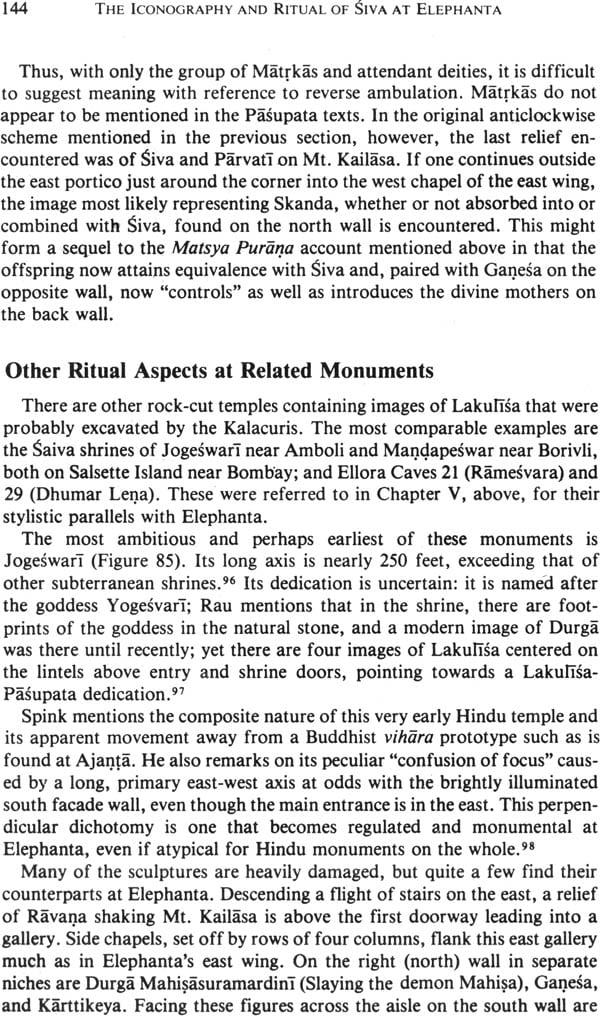 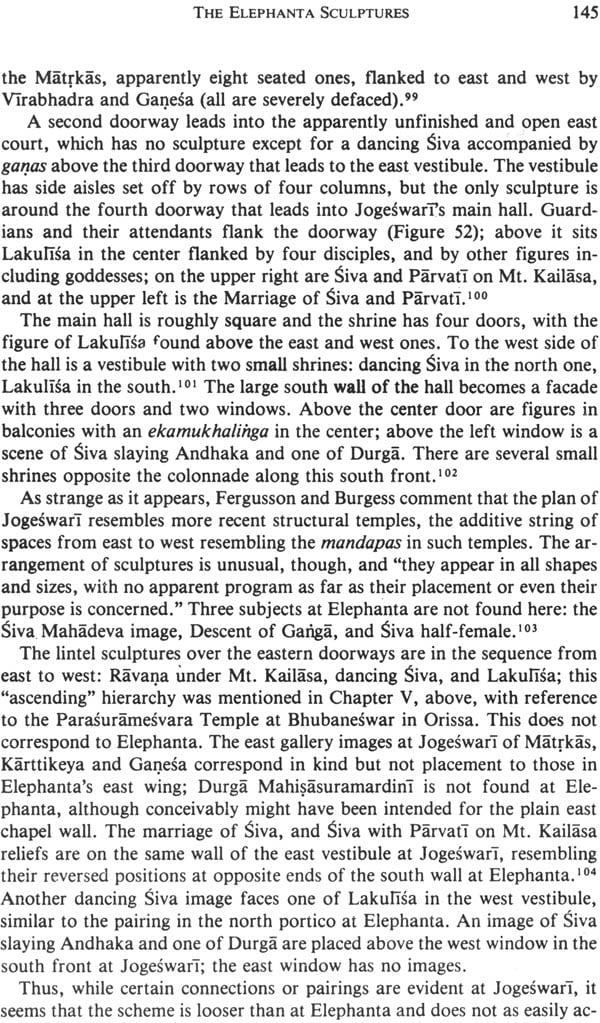 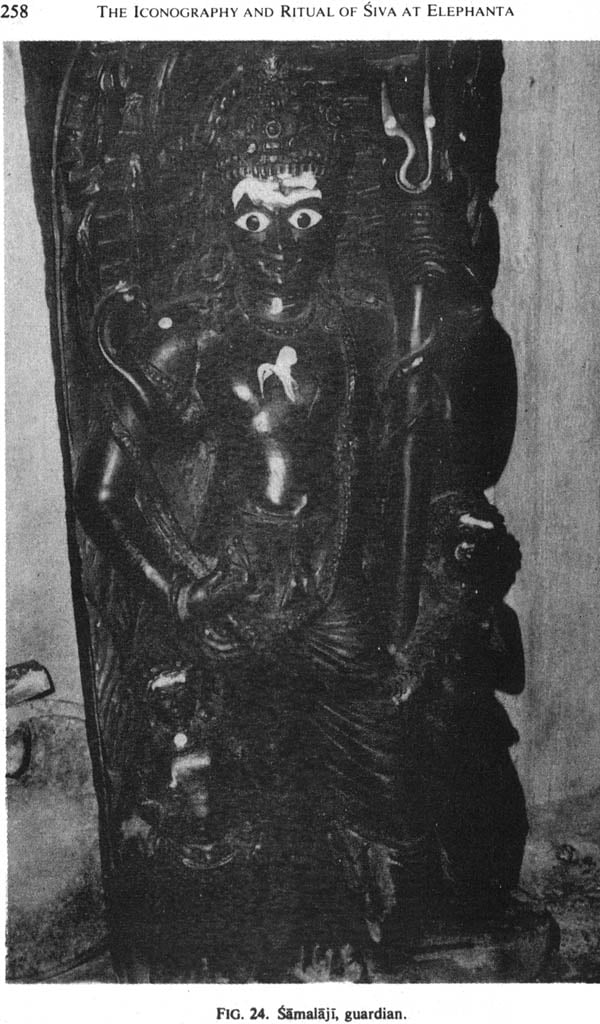 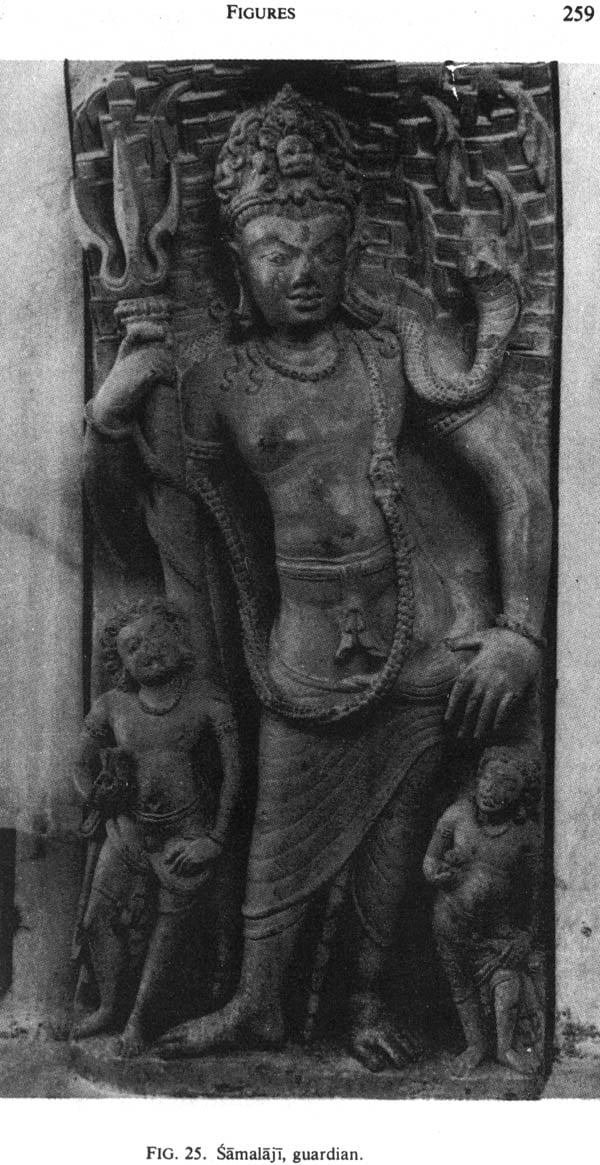 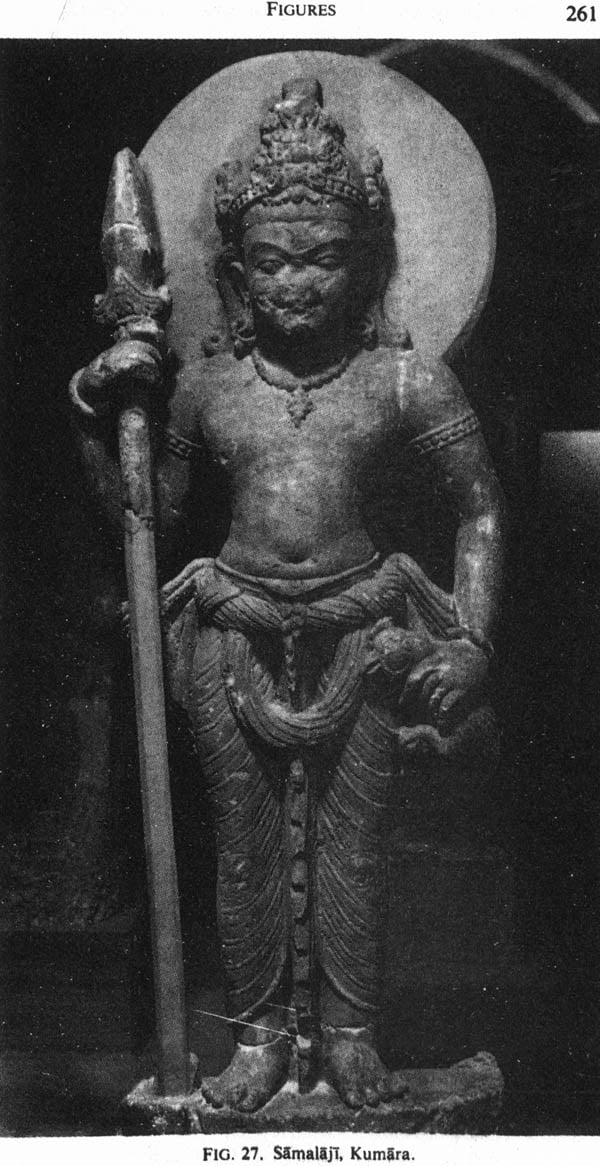 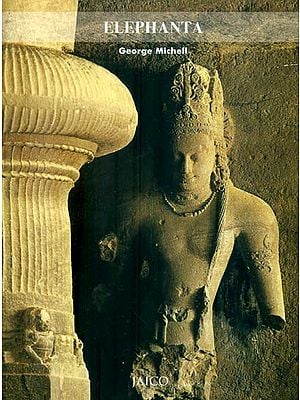 Much Maligned Monsters (A History of European Reactions to Indian Art)
By Partha Mitter
$85.00
FREE Delivery 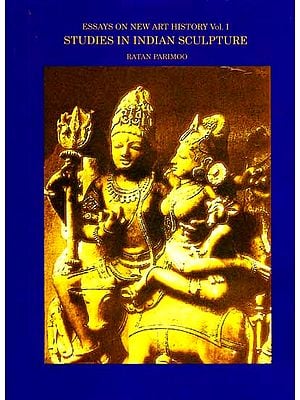