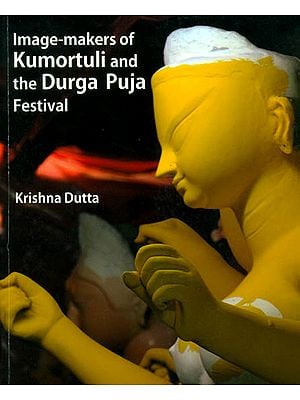 Image-Makers of Kumortuli and The Durga Puja Festival

This book is a tribute to the image-makes of kumortuli, as well as a social and cultural account of Durga Puja-the most impotant religious festival of Bengal.

The potter community of Kolkata, the kumors as they are colloquially known, are more than what name suggests-they are artists. Tangible images of deities that from the crux of Hindu worship, find shape in the hands of these artisans, who, with sheer dedication to the craft, have kept the tradition alive for generations. Durga Puja, on the other hand, is not only the major religious festival of Bengal but has also evolved into a cultural extravaganza. From the point of view of sheer vastness and magnitude of organizational mobilization, it is comparable only to the global impact of Christmas.

Through vivid photographs and absorbing text, the book captures Kolkata’s spirit of artistic creativity and spiritual ecstasy, embodied in these ephemeral constructs of clay, straw and bamboo. It also sensitively documents Bengal’s unique and most enduring cultural heritage of image worship.

Born in Calutta and educated in india and the UK, Krishna Dutta has been living in London since the late 1960s. She specialize in the history and culture of Bengal and has coauthored a biography of Rabindranath Tagore, The Myriad-Mined Man, coedited Tangali short stories and poems. Her book Calcutta: A Cultural and Literary History, published in 2003, was critically acclaimed by many and now has a recently updated Indian edition. In 2013, she published a popular culinary cultural book on Indian dal recipes, titled The Dal Cookbook, in London, which has already gone through several editions.

Kumortuli is a thriving colony of artisans in the north of Kolkata, fairly close to Sova Bazar metro dtation, between the river Hugli and the arterial road Rabindra Sarani. There is also a regular boat service to the place.

Here, for over 200 years, the icon-makers of Bengal have been making a living constructing celestial images from the Hindu pantheon. During Hindu religious festivals, these icons are sold for the annual ritual worship in private homes as well as in public spaces-all over Kolkata and beyond.

As my ancestral home happened to be near Kumortuli, I grew up watching the divine icons icons being made and their stalls being crafted in nearby Dompara. Some of my childhood friends lived even closer to Kumortuli. As children, we often visited the place, with the expectation that a few kindly potters would let us have bits of soft clay to play with, which seemed almost like play-dough. We made balls, coils and weird shapes with them, scoring eyes and mouth with matchsticks. Playing with our own creations was great fun.

Back in the 1950s, on my way to school as a child, I was equally fascinated by the wonderful make-believe shapes, like that of a giant swan or a fairytale palanquin, being constructed around an automobile by the bamboo craftsmen at nearly Dompara. What was just an unfinished bamboo frame of an ugly duckling in the morning, would turn into a splendid tissue-paper of surprise that engulfed me.

As I grew older, other engagements, interests and experiences gradually moved me away from these haunts, but I never lost my fondness for these places. I returned to Kumortuli whenever I could, just to breath in the soothing artistic raptness of the icon-makers the middle of the swarming hectic city.

Amazingly, over the years, both these shanty towns have not changed much except for the ubiquitous of mobile phones. People, as ever, remain gentle, modest and friendly; working conditions still cuttered, humble and yet surprisingly productive.

This book is a tribute to the me and women who live and work in the unique and thriving colony of the artisans of Kumortuli and their co-workers at Dompara who creat equally fascinating structures of temporary divine abodes for the gods.

Like the cave paintings of Ajanta near Mumbai and the sculptures of the Sun Temple at Konark, Odisha, these unique and enduring methods of making icons and their stalls at Kumortuli and Dompara, are also parts of our broader artistic and cultural heritage. Since these works, unlike stone sculpture or mural painting, are essentially ephemeral, they are in ever greater need of documentation, conservation and special protection.

With this motivation, I have attempted to convey the sight, sound and smell of these little-known creative domains in Kolkata through word and photographs, with relevant historical and cultural information, but without much use of specialist terminology. I have often used the Sanskrit word murti for clay images, because, be it icon or a rock. The word is now familiar among the Western academics of Hinduism.

Throughout the book, I have consciously used both nomenclatures, Calcutta and Kolkata, for chronological reasons. Most references to pre-1990 period retain the old spelling of Cslcutta to capture the historic flavour of the place.

I hope this book will be a useful resource and an absorbing guide for readers across cultures. 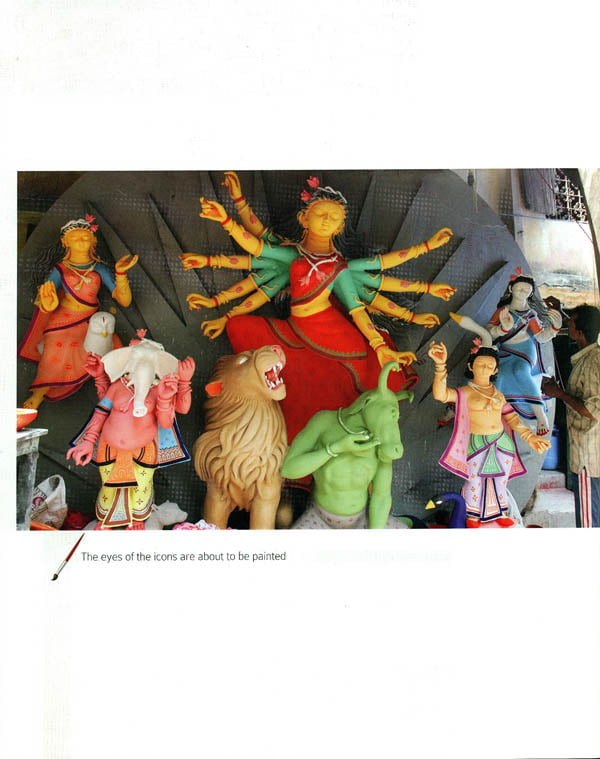 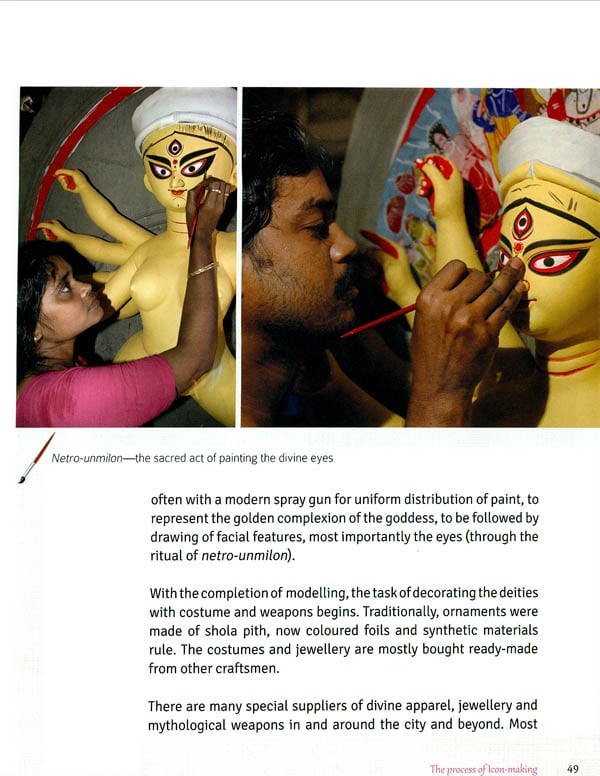 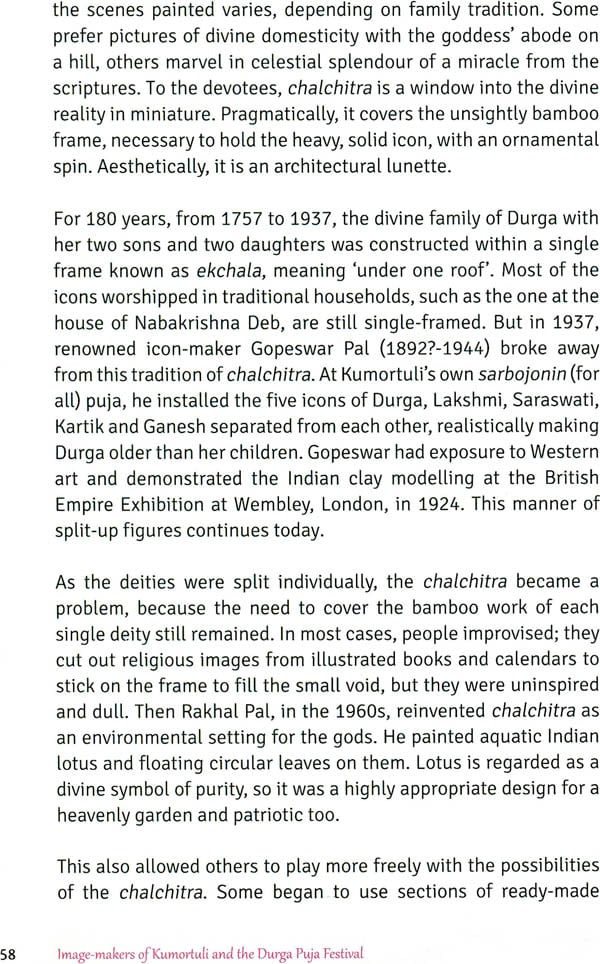 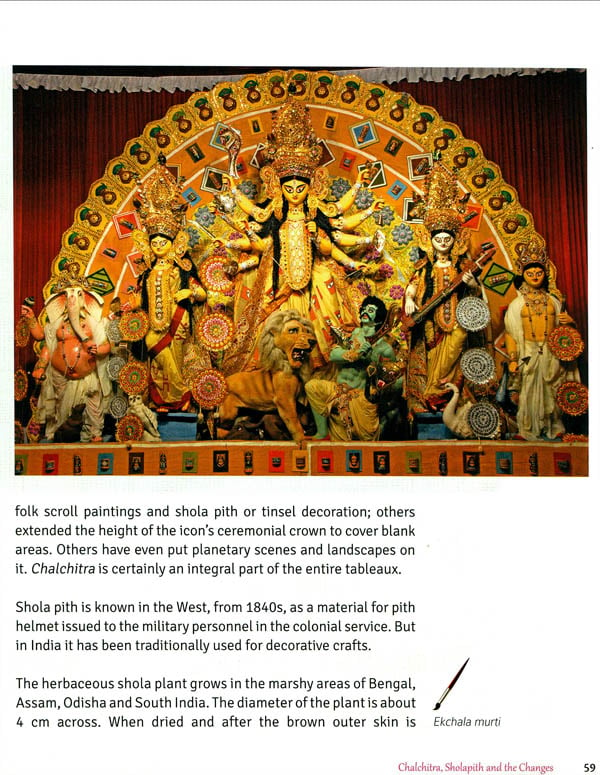 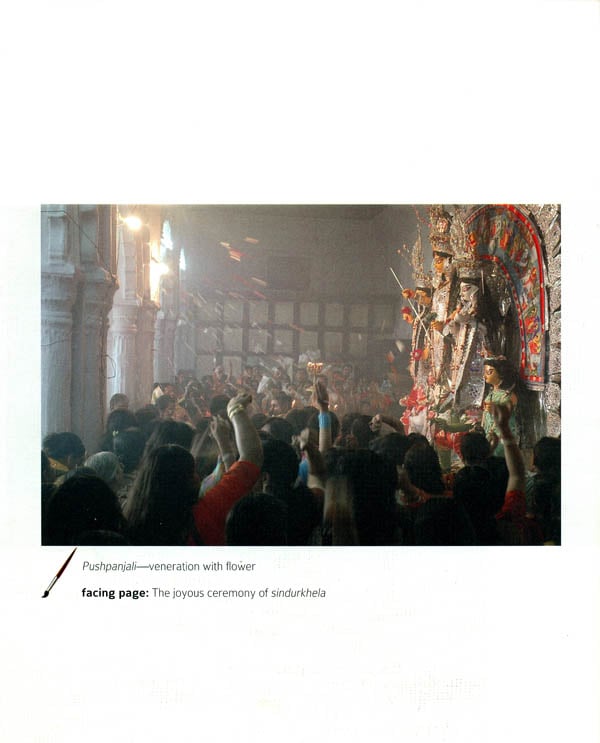 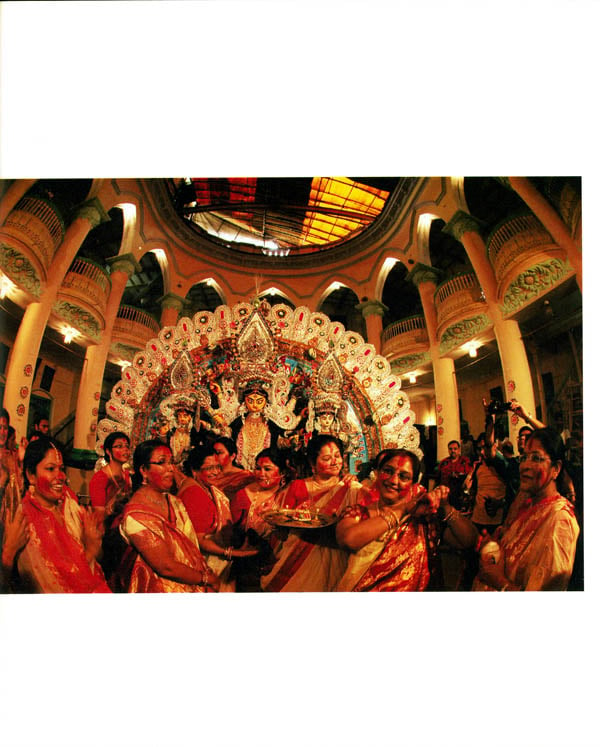 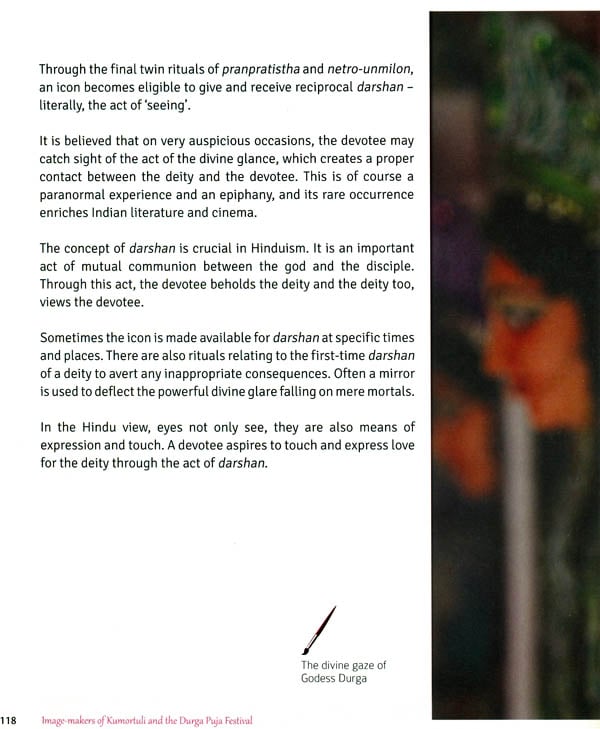 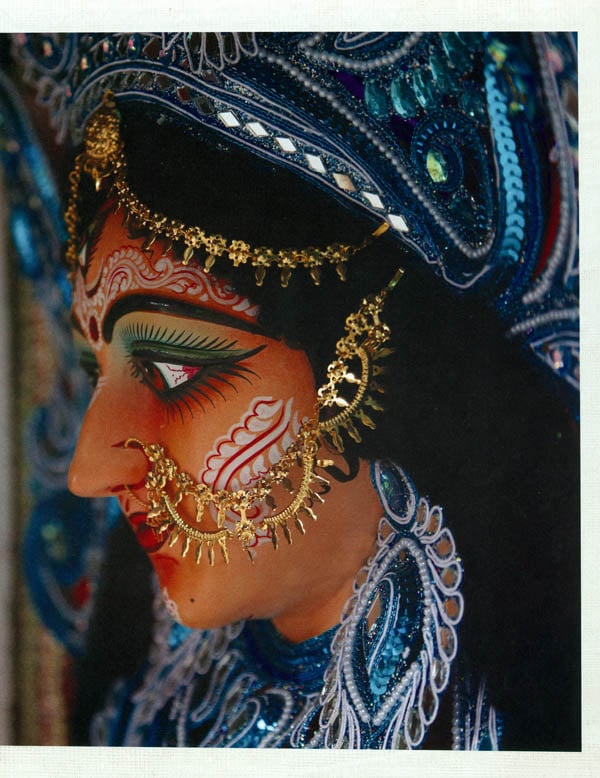 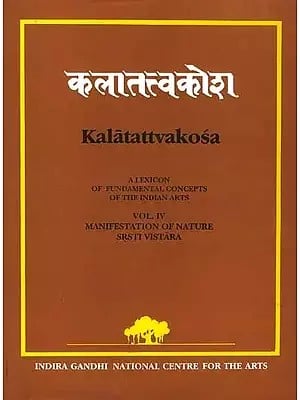 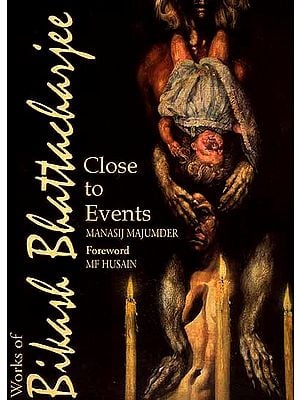 Close to Events (Works of Bikash Bhattacharjee)
By Manasij Majumder, Foreword by M F. Husain
$104
Out of Stock

The Yantras of Deities and their Numerological Foundations -an iconographic consideration-
By Fredrick W.Bunce
$63
FREE Delivery
Best Seller