An Introduction to Assamese Phonology (An Old and Rare Book)

$29.00FREE Delivery
Usually ships in 10 days
Notify me when this item is available
Introduction

Assamese is the anglicized name for asamiya, pronounced Dxdmia, by which name it is known among the people of the state of Assam. One of the fourteen constitutionally recognized national languages of India. It is spoken in the eastern most state of Assam, pronounced Dxdm, mainly in the Brahmaputra Valley districts covering a long area with North-Lakhimpur in the east and Goalpara in the west. It is the mother-tongue of 6,784,271 people and is spoken and understood as a second language by 1,631,396 other inhabitants of the state.

Assamese is surrounded on all sides by language of the great Sino-Tibetan and Thhai-Kadai families with Khasi, an Austric speech forming a linguistic islet in the middle. It is an Indo-Aryan language derived from Magadhi Prakrit and its Apabhramsa dialects which had been the immediate parents of all the main Aryan languages of North-Eastern India, viz. Assamese, Bengali, Oriya and the Bahari dialects. According to Dr. S. K. Chatterji Magadhi Prakrit gave rise to four Apabhramsa dialect groups, viz. Radha, Vanga, Varendra and Kamarupa, and from the last group of dialects developed the language of North Bengal and Assam constituted a single dialect group. The Kocha kings of Koch-Bechar, now in West Bengal patronized Assamese language and literature, and the latter, in fact, reached its flourishing stage during the patronage of Maharaja Naranarayana and Chilaraya in the 15th-16th centuries A.D. During the century the language of North Bengal has been influenced to a great extent by its powerful neighbour Bengali, and after the political amalgamation of the area with Bengal the process of change has been accelerated.

Hiuen Ts’ang the great Chinese traveller visited Kamarupa, the early name by which present Assam was referred to. in 643 A.D. during the reign of Kumara Bhaskara Varman. He recorded that the language of the land “differed a little from that of mid-India”. Kamarupa was Aryanized during the first two centuries preceding and following Christ; and the “Kumara Raja” was a Hindu king who patronized Sanskrit learning and culture. Therefore, by the 7th century A.D. the kingdom of the “Kumara Raja” that extended to Bengal must have been populated by the Aryans, and by virtue of their superiority spread the Aryan language. The Chinese traveller, by the statement “deffered a little from that of mid-India” must have note the individual growth of eastern Apabhramsa dialect that developed into Assamese later on. The language accepted a great deal of innovations in all the department, phonology, morphology and vocabulary so as to present it in a unique shape and form quite distinct from all other sister languages of the country. These innovations or peculiarities were the results of the fusion of Aryan and extra-Aryan speakers into a common fold and medium, viz. Assamese; and that this fusion was very early has been evidenced by Hiuen Ts’ang in his remarks on the language. The Aryan language thrust upon the non- Aryan population that accepted it as, and shaped and moulded it with all the requirements of, a lingua franca for whole of the multi-lingual eastern India since very early times the acceptance of Assamese as the state language for consolidation of the Ahom kingdom spread far around into the tribal areas by the 15th-16th centuries, by the Ahom kings, the Shan conquerors who gave the present name Assam’ to the state, after three hundred years of administrative experiences is a strong evidence in point.

0.21 Early specimen. The copper-plate inscriptions of the early Assam kings dating back from the fifth century onwards written though in Sanskrit, give clear indication on certain phonological features of the language of the, which have been carried over to the present language. The vowel harmony of the spoken language affected the Sanskrit language also in the form of spelling mistakes of the scribes. The present velarization of all the Sanskrit sibilants is evidenced by the confusion in spelling of s, s and s written indiscriminately; and so is alveolarization and spirantization of the palatal affricate series.

0.22 However, the earliest specimen of the language is available in the mystic dohas of the Buddhist Siddhacharyas, better known as the Caryas. These dohas discovered and brought to India by M.M. Haraprasad Sastri from Nepal were written by eighty-four Siddhas hailing from various parts of eastern India. A few of them are recognized to have come from Kamarupa by authorities like Dr. G. Tucci. According to Dr. P. C. Bagchi these dohas were composed in between the eight and tenth centuries A.D.

The language of the dogas is late Apabhramsa and hence represent the formative period of the New Indo-Aryan language. Some of the features both phonological and morphological have been identified as typically Assamese and carried over through the centuries up to the present day language. Some of the idiomatic expressions are quite homely even today among the Assamese people. Beside the linguistic features, the literary form viz. The doha, is also a precursor of the Assamese Bar-Gil, the song celestial composed by the early Vaishnavite poets of Assam.

0.23 But the earliest available available literary work which may be claimed as distinctly Assamese is the Pralrada Carita written by Hema Saraswati in the later half of the thirteenth century A.D. The language of this small poem seems to have been still nurtured in the cradle of its Apabhramsa mother. Ever since the fourteenth century A.D. there has been a continuous stream of literature to the modern times. The prose style of writing was introduced by the great Vaishnavite reformer Sri Sankaradeva in his one act dramas of the sixteent century, which developed in the following century in the hands of Vaikunthanatha Bhattacharya Kaviratna who translated the entire Bhagavata Purana and the Gita into a masterly prose style. The Katha Guru Carita, the prose biography of the Vaishnavite gurus of the 17th century and the historical writings, better known as the Buranjis, evidence the proud treasure of early Assamese prose works. 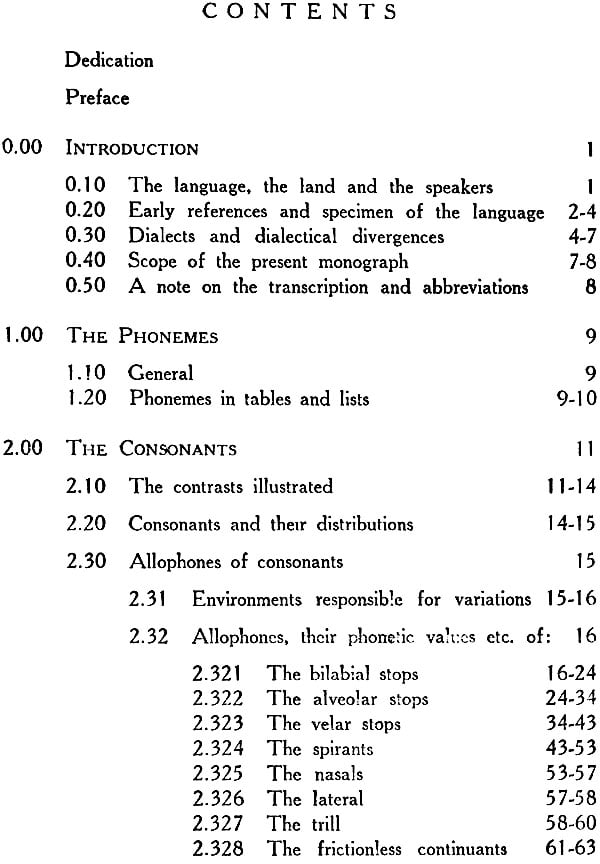 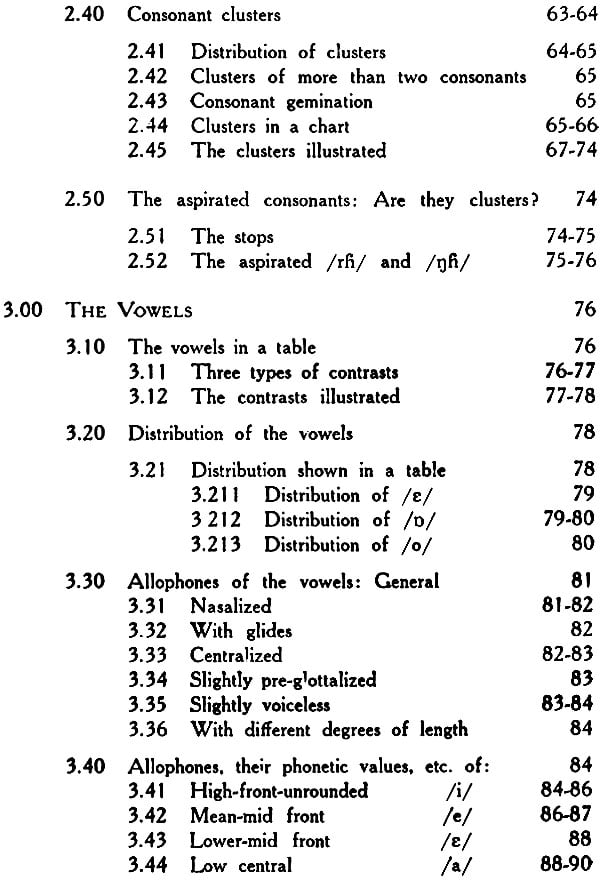 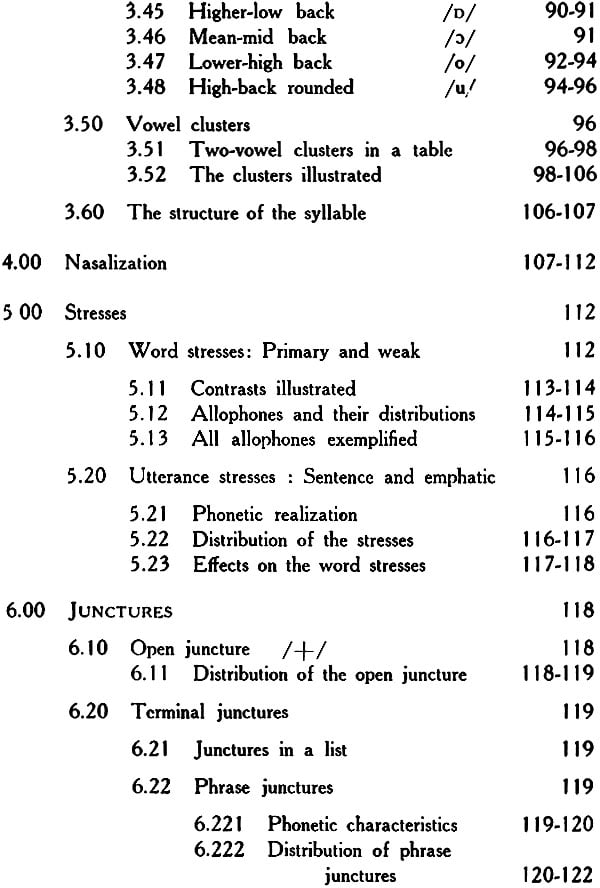 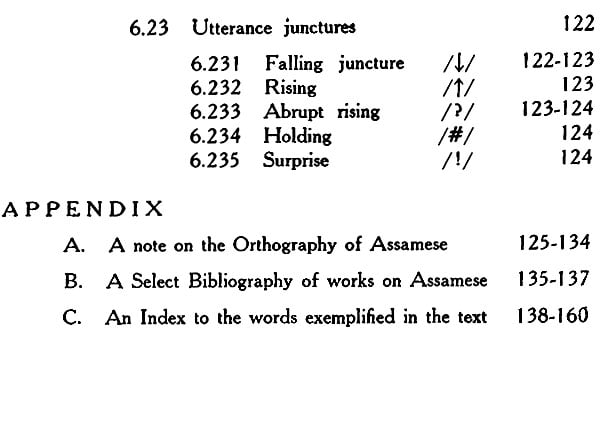 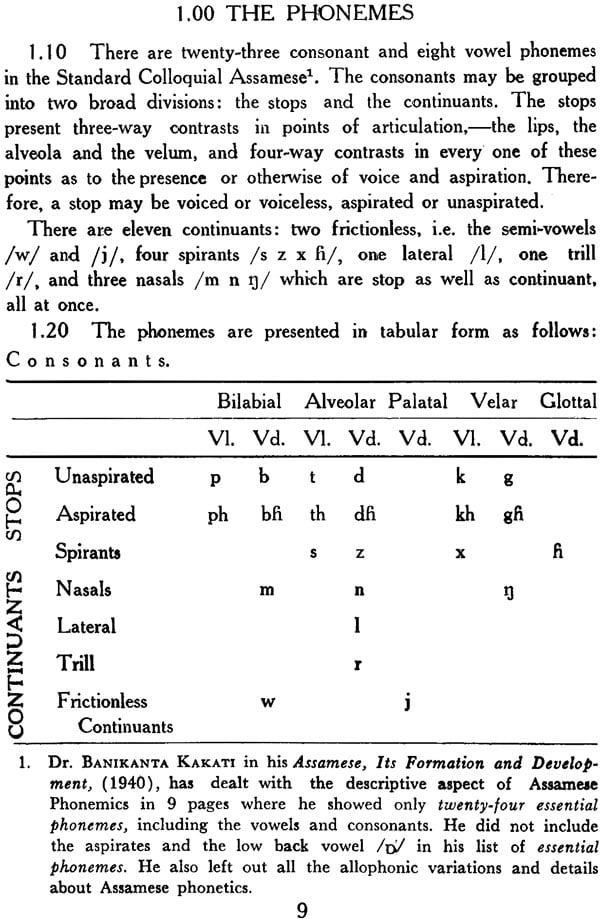 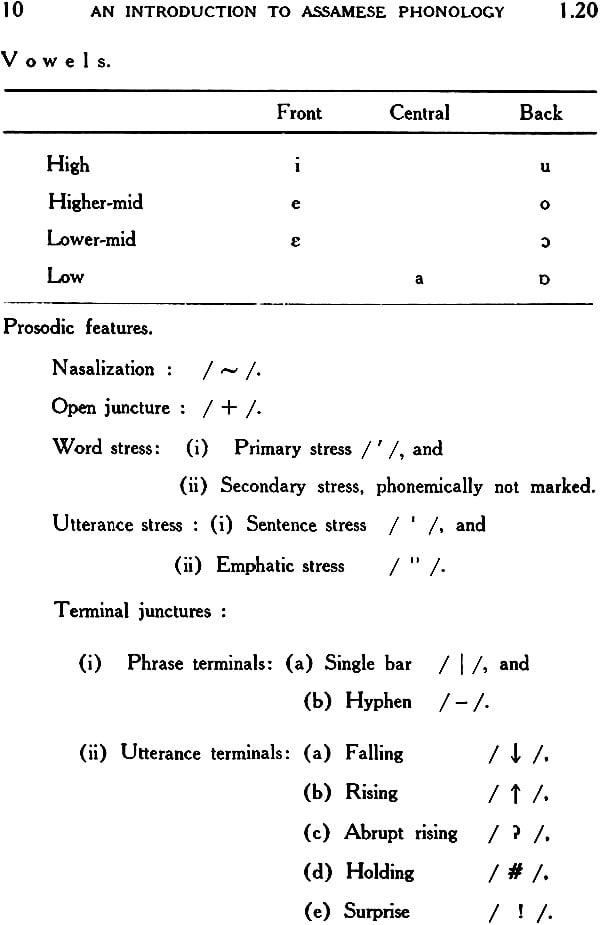 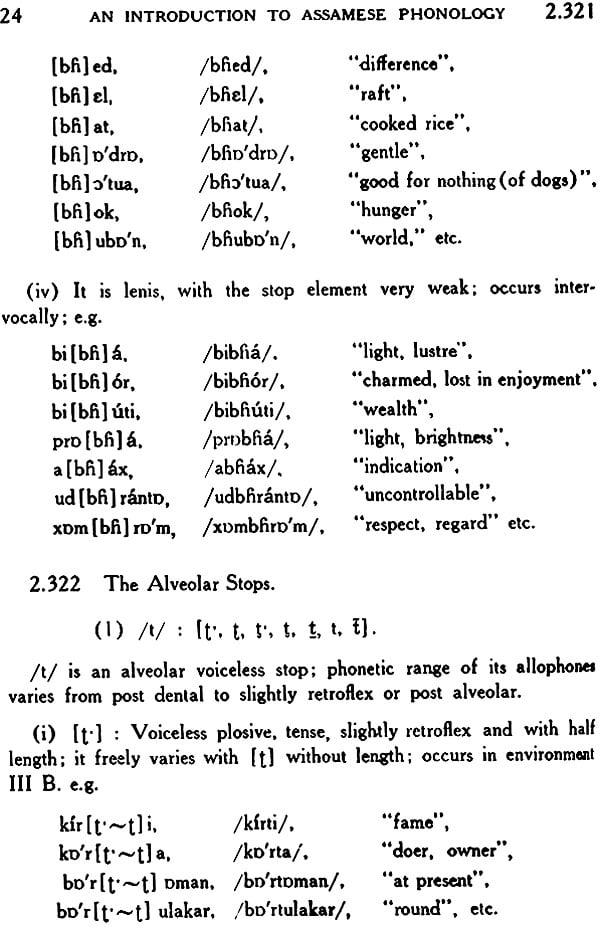 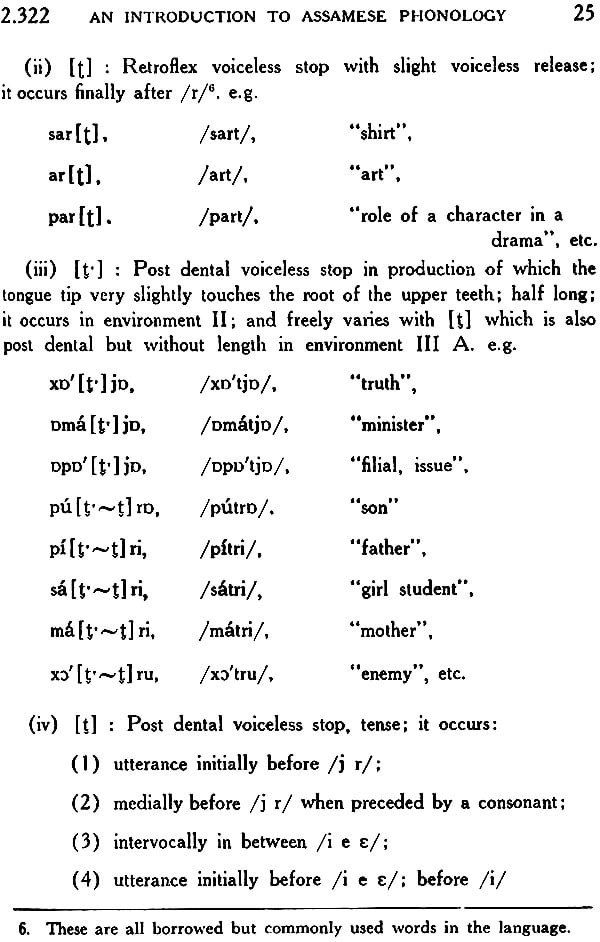 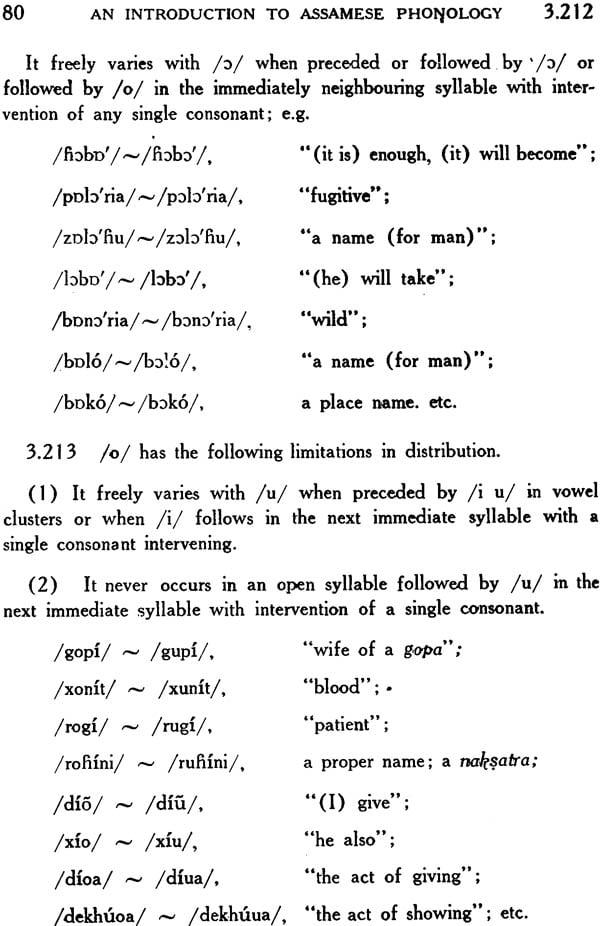 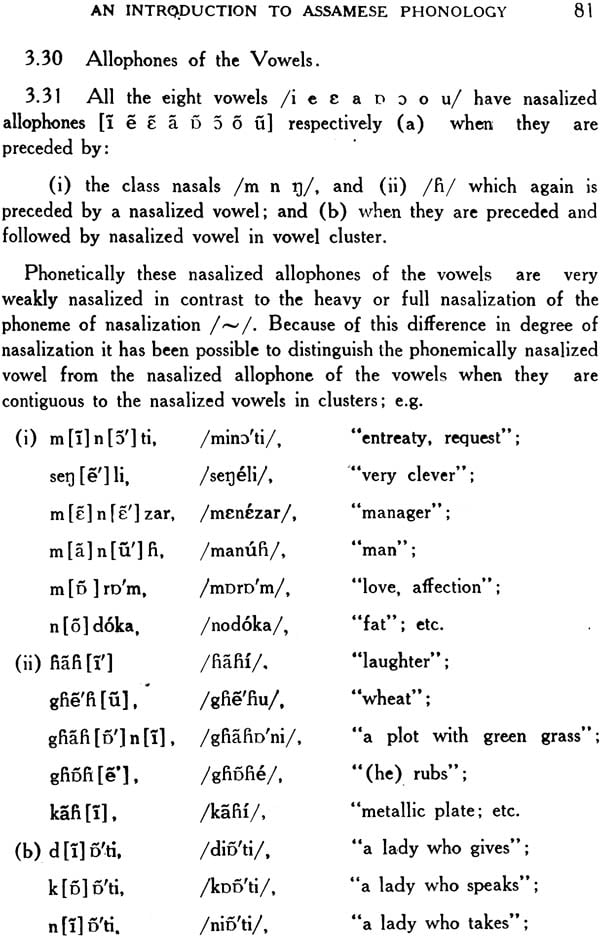 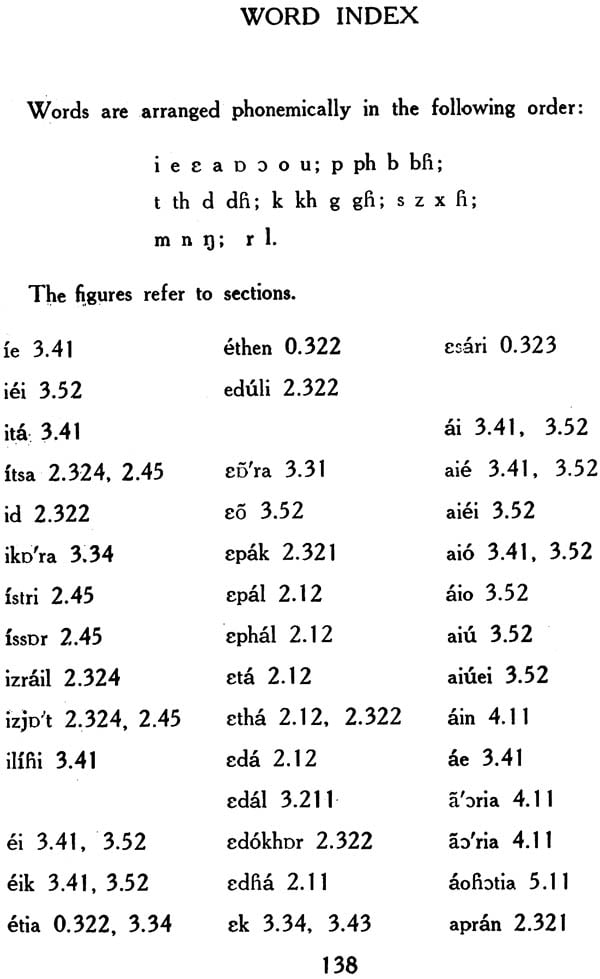 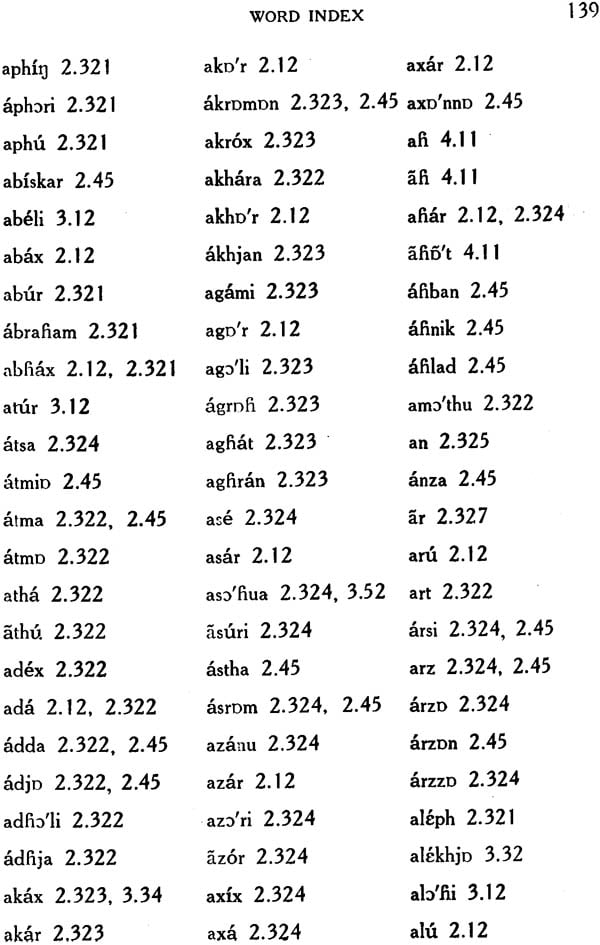 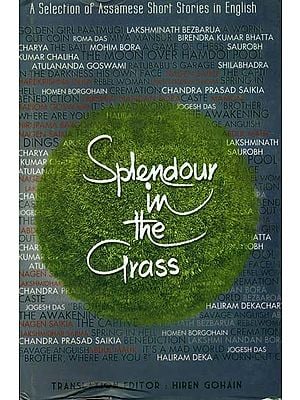 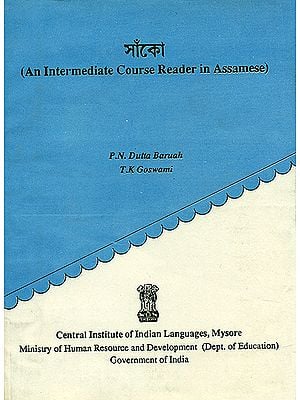 An Intensive Course in Assamese (An old and Rare Book)
By P.N. Dutta Baruah
$43.00
FREE Delivery 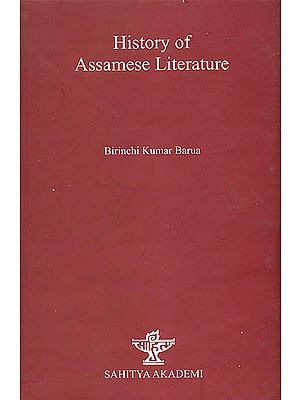 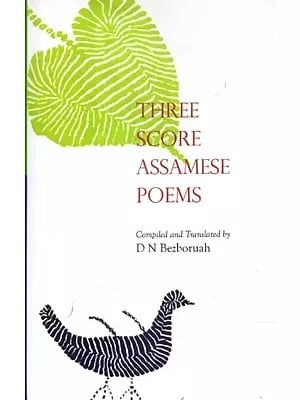 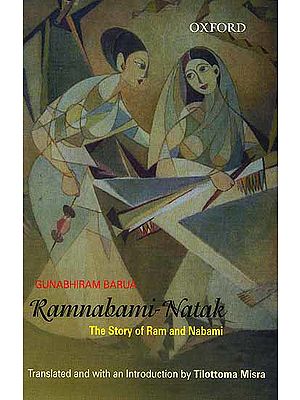 Ramnabami-Natak The Story of Ram and Nabami
By Gunabhiram Barua, Translated from Assamese and with an Introduction by Tilottoma Misra
$23.20 $29.00  [ 20% off ]
FREE Delivery 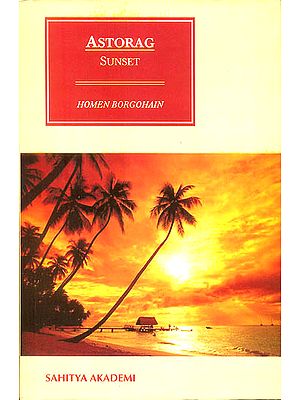 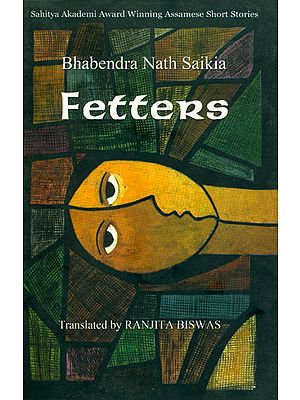 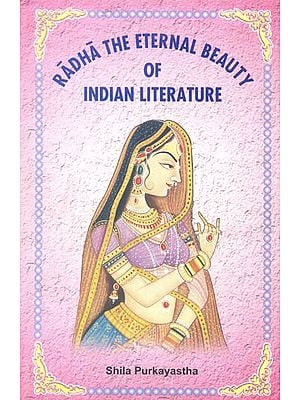