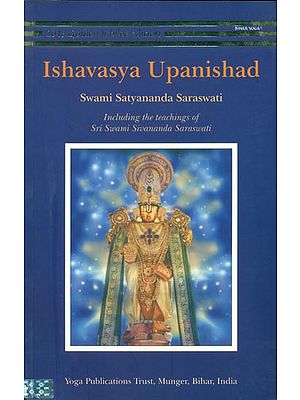 The Ishavasya Upanishad is a small text of eighteen verses that comprises the last chapter of the Yajur Veda. Consider to be the seed of the entire Indian Philosophy, it is one of the most profound literary works to date.

This masterful commentary on the Upanishad by Swami Satyananda Explains the Vedantic concepts in the context of deep yogic insights and personal shadhana. kAs a result, a different light is thrown on the mantras, reaching a depth of understanding not conventionally found. The original Sanskrit text has been translated and explained in alucid and comprehensible style, which effortlessly upligts the reader. The Volume also includes Swami Sivananda’s teachings on Ishavasya Upanishad.

Swami Satyananda was born in Almora (Uttaranchal) in 1923. Drawn to spiritual life from an early age, he left home at the age of eighteen, and in 1943 surrendered himself to Swami Sivananda in Rishikesh who initiated him into Dashnami sannyasa in 1947. He served his guru for twelve years, perfecting every aspect of spiritual life. Thereafter, he travelled through- out the Indian subcontinent , wandering ascetic.

Realizing the need of the times as scientific rendition of the ancient system of yoga, he founded the International Yoga Fellowship in 1956 and the Bihar School of Yoga in 1963. During the next twenty years, Swami Satyananda hoisted the flag of yoga in every corner of the world, consolidated BSY into a foremost institution of yoga, and authored over eighty major texts on yoga, tantra and spiritual life. 'Satyananda Yoga' became a tradition which combines classical knowledge with experiential understanding and a modern outlook. In 1984 he founded the Yoga Research Foundation to synchronize scientific research and yoga, and Sivananda Math to assist the underprivileged. In 1988, at the peak of his achievements, he renounced everything and adopted kshetra sannyasa, living as a paramahamsa ascetic. In 1989 Rikhia was revealed to him, where he came to live and performed higher vedic sadhanas in seclusion. Receiving the command to provide for his neighbours in 1991, he allowed the ashram to help the underprivileged villages in the region. From 1995 onwards, he performed a twelve-year Rajasooya Yajna with the sankalpa of peace, plenty and prosperity for all, and in 2007 he announced the establishment of Rikhiapeeth with its mandate to 'serve, love, give'.

Swami Satyananda attained mahasamadhi, a yogic accomplishment of discarding the body at will to become one with the universal consciousness, in 2009, in the presence of his disciples.

The Upanishads were the culmination of the entire body of vedic literature and contain their philosophical essence. Here the ritualism of the Vedas gives way to a ceaeless search for the truth. The Upanishads do not require the performance of any action as such, but reveal the ultimate truth, which liberates the seeker at once. These text are the culmination of the quest for reality. The transition of the Indian mind from the ritualistic detail of the Brahmanas to the sublime doctrine of the Upanishads is a dramatic and a remarkable event in the Sanatana tradition.

The Rig Veda describes a creator from outside, a controller of mundane events, to whom one prays for worldly benefits. peaking of the Purusha, the Ultimate Person, it says, "Purusha has a thousand heads ... thousand eyes . . . He formed those aerial creatures and animals, both wild and tame." In the Upanishads, however, the viewpoint is entirely changed and the centre of interest is not a creature from outside, but within the self. This change of position does not carry with it any elaborate philosophical discussions or subtle analysis of the mind. It comes as a matter of direct perception, and the conviction with which the truth is grasped impresses the reader.

The word 'upanishad' is comprised of three words: upa + ni + shad. Upa means 'near', ni 'attentively' and shad 'to sit'. Thus, the term Upanishad actually describes the situation in which these unique texts were transmitted. The student or disciple sat near the realized master and listened attentively as he expounded his experiences and understanding of the ultimate reality. Some scholars call the Upanishads 'secret doctrine'; others call them 'book of knowledge'. Practically, it means notes taken down by disciples in ancient days, when the guru gave lessons on the supreme knowledge. The lesson were recorded in the minds of the disciples and written down later on for posterity.

Since the instructions of a guru were first heard and remembered by the disciples and noted down later, the Upanishads are also known as shruti, 'that knowledge which is heard'. This teaching was said to destroy the ignorance or illusion of the spiritual aspirant regarding what is self and non- elf, or real and unreal, in relation to the absolute and relative reality. Adi Shankara, in his introduction to the Taittiriyopanishad, says: "Knowledge of Brahman is called Upanishad, as it loosens the bonds of birth and death and destroys them altogether, and as it leads the seeker very near to Brahman wherein the highest God is seated."

During the period when the upanishadic texts were propounded, this knowledge of the ultimate reality was considered sacred and was not easily accessible to all. It was imparted on a very selective basis after the mental and spiritual calibre of the seeker had been tested and proven. Each Upanishad reflected the teachings and tradition of a realized master and was connected with a specific Veda and vedic school, or shaka. At one time the vedic schools and their respective Upanishads numbered 1,180, but today only 108 are generally known, although about 200 are still extant. These texts contain the direct teachings of great scholars, sages and saints of their time and reflect the heights of their spiritual insight and understanding.

There are ten principal Upanishads, thirty minor one, and in all 108 popular Upanishads. Some of them are quite old and can be traced back many centuries before the birth of Christ. They are written in a language which was spoken in India during the vedic period. The Sanskrit of the Upanishads is different from the Sanskrit language of today. The rules of grammar are also different. Usually, a present-day student of Sanskrit finds it difficult to read the Upanishads independently. The language used in the Upanishads is known as old or vedic Sanskrit.

The seers of the Upanishads and their social and historical background are subjects of great interest. In India, the brahmins safeguarded the religious and theological knowledge of the country. Whatever they preached, sincerely or in insincerely, pertained to this lower world, such a rituals and ceremonies for birth, marriage, funerals, and so on. Rituals such as propitiating gods or worshipping nature were taught to the people. The study of the history of the vedic period reveals that there was a time when the masses were very interested in rituals and practiced karma kanda, or ritualistic religion. In big yajnas, fire ceremonies, thousands of people would get together to take somarasa, the spiritual drink, and to perform fire worship. In order to conduct the worship, many thousand quintals of food grains would be offered as oblation to the fire.

The vedic people had their own definition, description and dictionary of knowledge about God. It was nevertheless a good thing for householders. Although there were few people in society at that time, still they often questioned: "Is what the priests preach about God and the temples all true?" Since people had their own liabilities and responsibilities to their families, they could not find the time to search for a true answer to their enquiries. Some of them then decided to renounce their responsibilities and retire into the forest In seclusion for contemplation and meditation, to find out the truth:"I there a God sitting somewhere?""Or Are there many gods responsible for different departments of the world?""Are they like angels or Ghosts?’ Does god come or send somebody as His representative?" Religious beliefs were questioned and people wanted to know the truth. Therefore, after fulfilling the obligations of family life, they retired into seclusion, either with their spouse or alone. 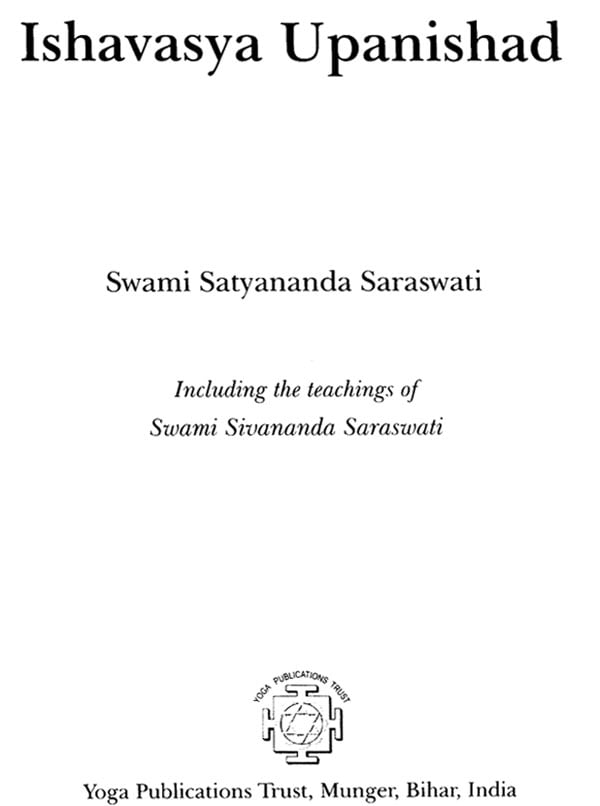 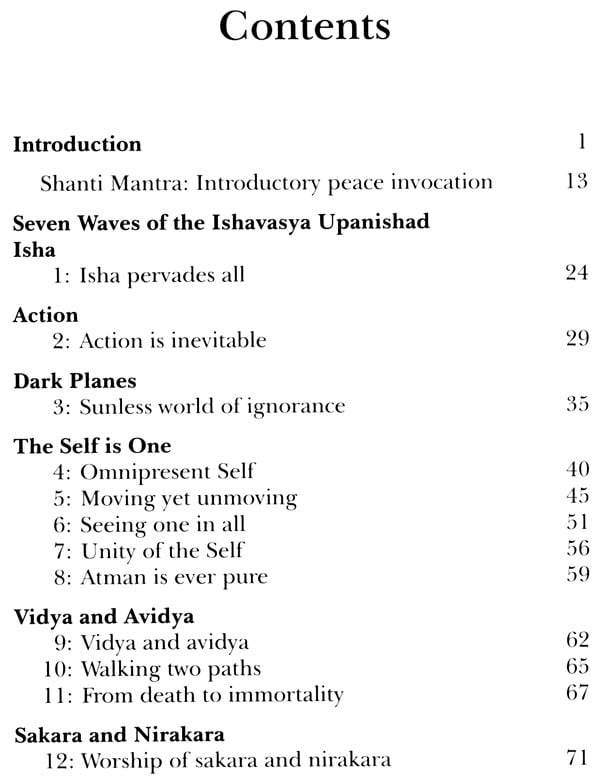 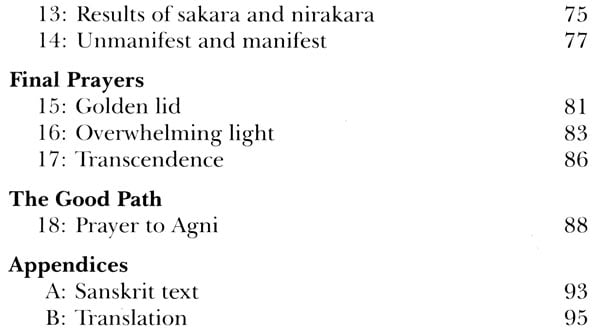 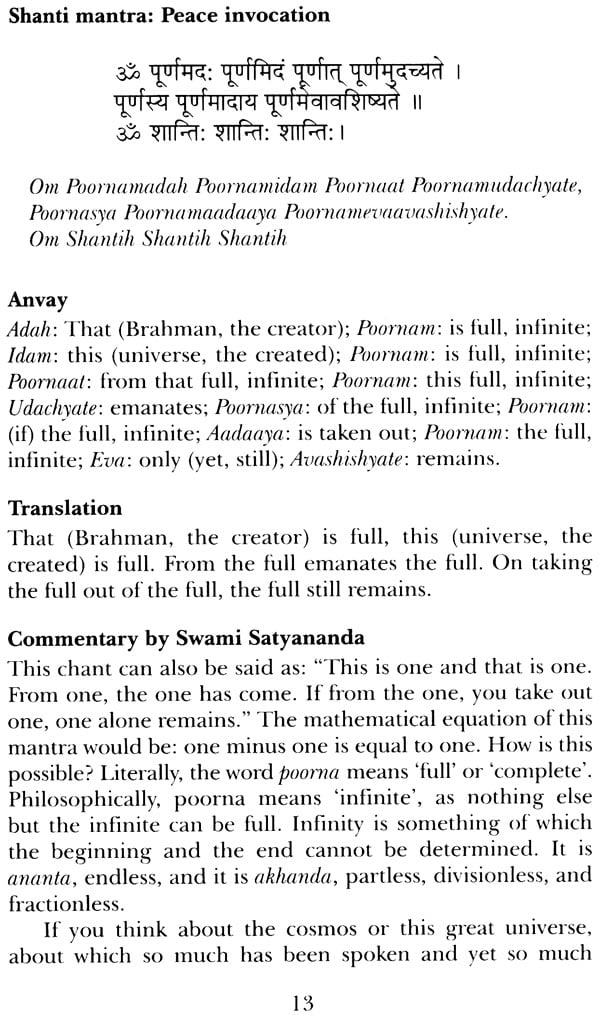 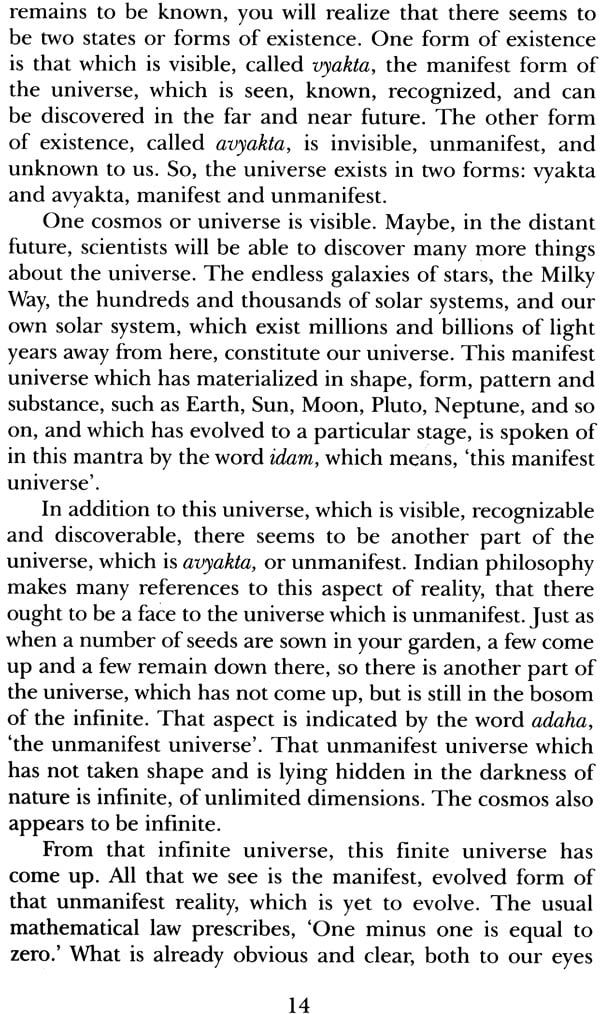 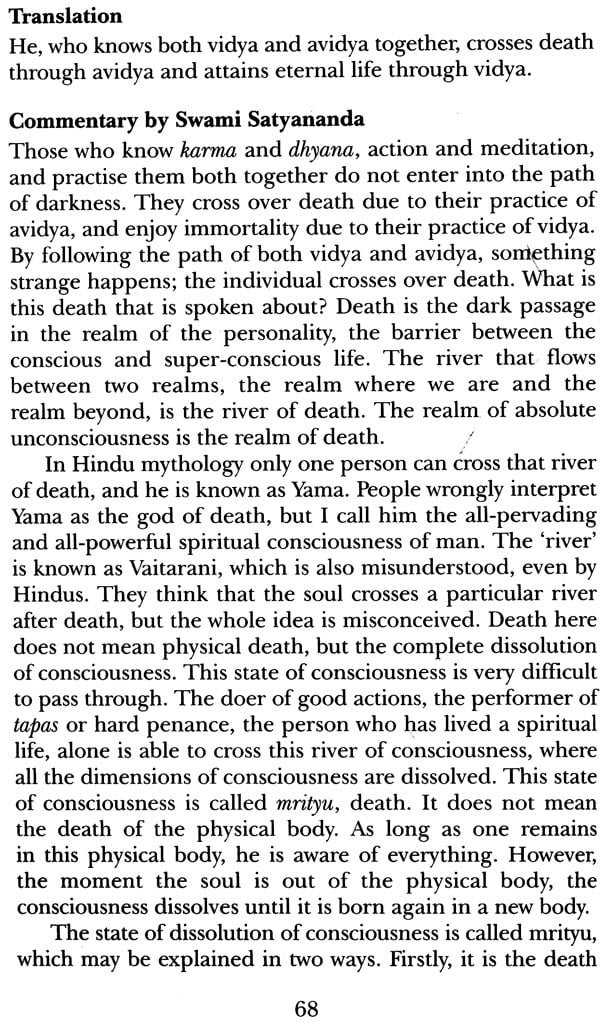 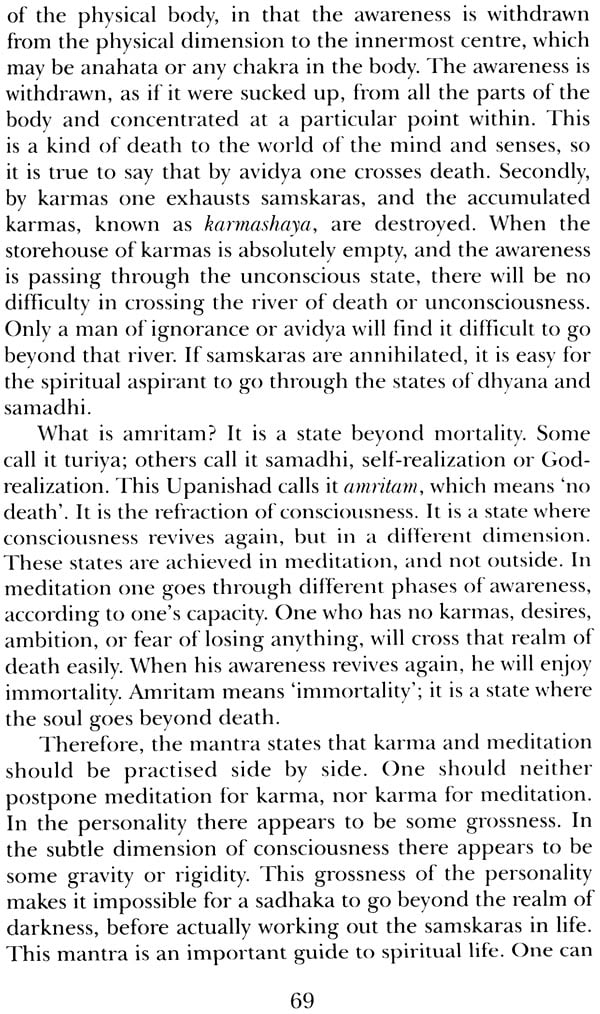 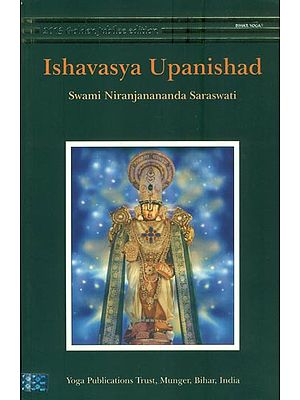 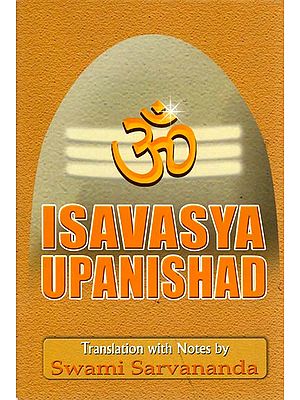 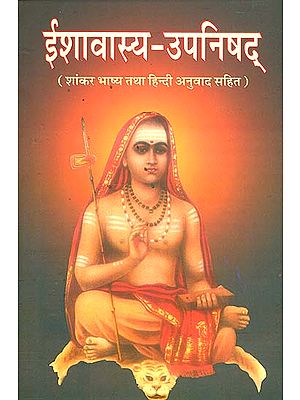 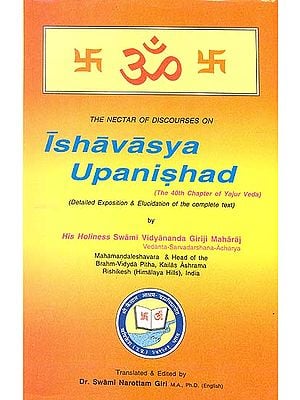 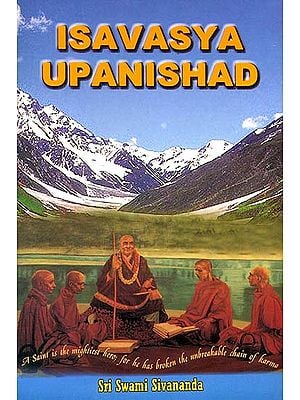