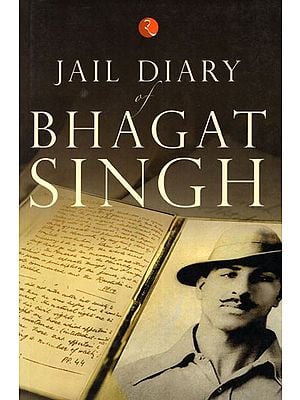 Bhagat Singh wrote extensively in the period between September 1929 and March 1931, before he was sent to the gallows. He maintained a diary which was full of daily notes, his own thoughts on freedom, poverty, class struggle, and on varied political thinkers and intellectuals such as Lenin, Marx, Omar Khayyam, Morozov, Tagore, Trotsky, Bertrand Russell, Dostoevsky, Wordsworth, Ghalib, among others.

Through the pages of his jail diary, the real Bhagat Singh emerges—one who is without the hat or a gun, one who had an acute scholarly mind and a robust socialist persona.

One of the most powerful writings of the twentieth century, calling for freedom from poverty, slavery and exploitation, Bhagat Singh's jail diary is a common man's greatest manifesto till date.

(Slaughtering makes you happy, and I crave to die!

Me and my killer have the same desire.)

The sheer lack of mortal fear in the couplet reproduced above that was penned by Shaheed Bhagat Singh lucidly sums up the man behind the persona. These lines written originally in Urdu script are found in one of the entries of his Jail Diary. That he was a condemned prisoner facing death didn't bother him. Bhagat Singh wrote extensively in the period between September 1929 and March 1931, before he was sent to the gallows a day prior to his actual hanging date. He maintained a diary which was full of notes of daily usage, his own thoughts on freedom, poverty and class struggle and thoughts on varied political thinkers and intellectuals such as Lenin, Marx, Ummar Khayyam, Morozov, Rabindranath Tagore, Trotsky, Bertrand Russell, Dostoevsky, Wordsworth, Ghalib and many others.

The actual page count of his Jail Diary is 404 pages but a lot of it was left blank. Naturally, for readers, convenience, we have not included the blank pages but these blank pages in his diary convey a surreal message. Perhaps he didn't want to write that particular day and wanted this to be communicated, hence he left the pages blank. We will never know what really was going on inside Bhagat Singh's mind. What we do know, however, is that the man was fully in control of his thoughts and emotions. His steely resolve reflected in one of the notes in which he quotes Russian revolutionary Vera Figner:

During the moments which immediately follow upon his sentence, the mind of the condemned in many respects resembles that of a man on the point of death. Quiet, and as inspired, he no longer clings to what he is about to leave, but firmly looks in front of him, fully conscious of the fact that what is coming is inevitable.

However, it is not that he was not aware of his state of captivity. On the same page he quotes another Russian revolutionary Nicolai Morozov, which reflected his rather pensive mood.

How dark and sad you are,

How heavy to be prisoner inactive,

And dream of years of freedom.

But the most striking entries of his diary are the ones where he is talking about social justice, economic empowerment, child labour, political power, class divisions on economic lines, the need for a just society, the impoverishment of the masses, the exploitation of the labour class and the ruthlessness of capitalism. It is here that the real Bhagat Singh emerges, sans the hat, sans the gun wielding revolutionary and we get a portrait of man with an acute scholarly mind and a cheerful socialist heart. 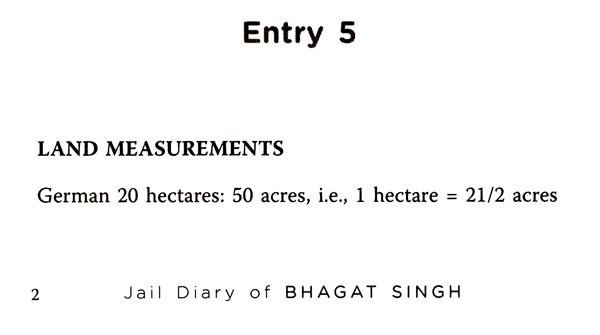 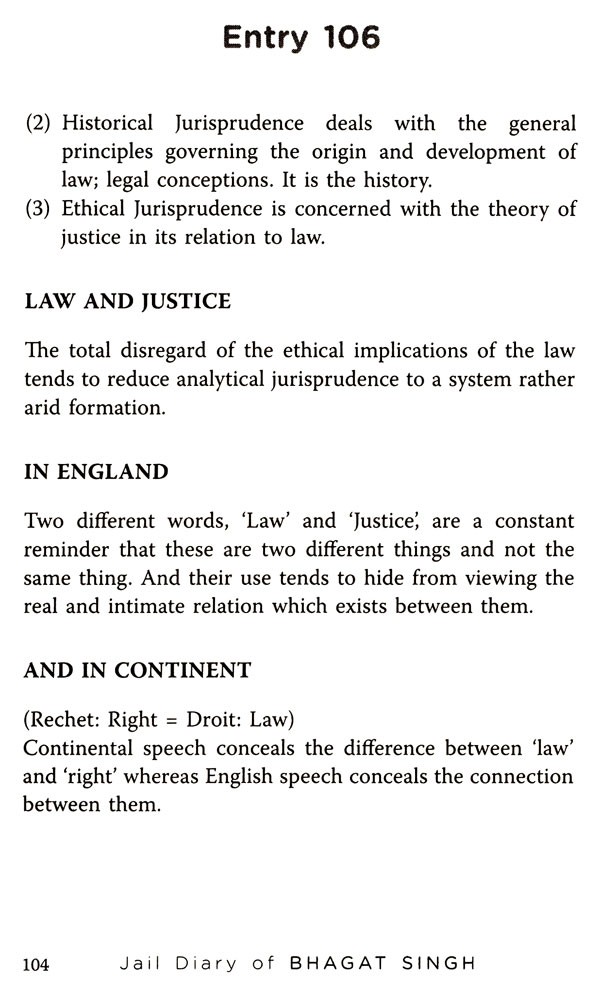 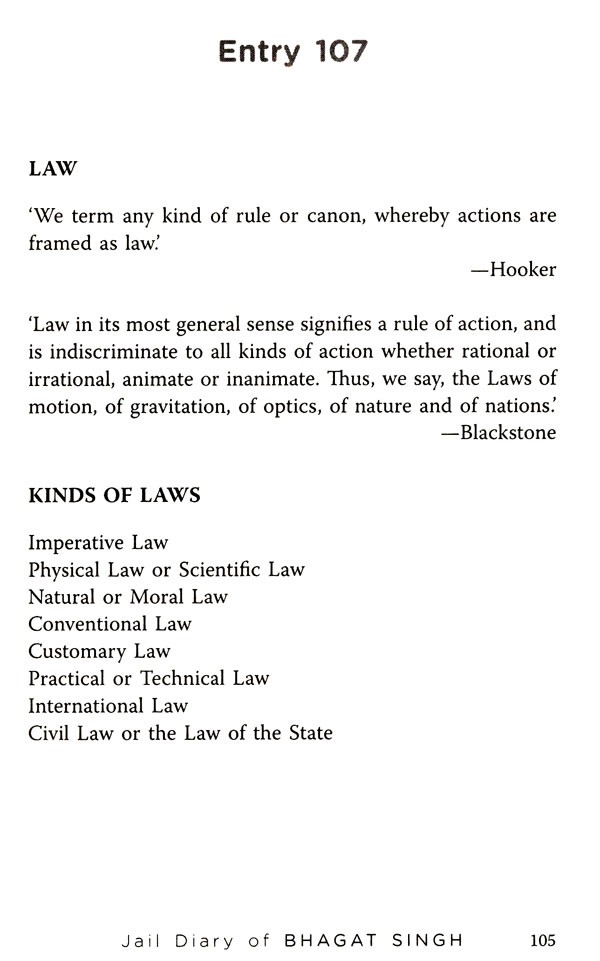