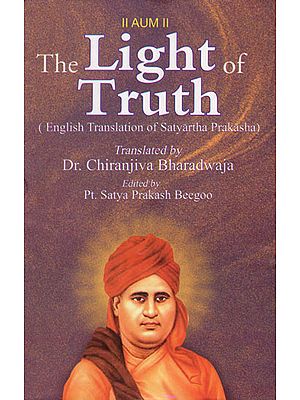 The Light of Truth (English Translation of Satyartha Prakasha)

This translation of Satyartha Prakasha into English by Shri Dr. C. Bharadwaja is unique in several aspects. As most of the Vedic terms and Samskrita words do not have their equivalent in the English vocabulary, the learned doctor has very carefully chosen the English words which convey the correct and right meaning of the terms to a greater range in this translation. Besides, being a scholar of Samskrita and science, his insight into the Veda mantras, Shlokas and other Samskrita aphorisms is remarkable. He has thus made this translation easily understandable and to the point both for the Indians who are familiar with the Vedic and Samskrita terms and also for the foreigners who are eager to have a clear understanding of the ancient and oldest Sanatana Vedic Dharma, culture and history of the Aryas. This translation is indeed a must read for missionaries, students of comparative religions, and for the seekers of truth.

At the time when the first edition of this book, called Satyartha Prakeisha was published and before that we spoke Samskrita and made use of the same in reading and writing while our mother-tongue was Gujarati. For this reason we had a poor knowledge of the language (i.e., Arya Bhasha) in which this book is written. Consequently, the language of the first edition was very defective. Now, that we have acquired fair practice in speaking and writing Bhasha, we have corrected the language in accordance with the rules of grammar and brought out this (second) edition. Emendations in words, idioms and construction of sentences have been made here and there because it was found absolutely necessary to do so. It was difficult to improve the literary style without making these changes. But no alteration has been made in the subject matter, though some new matter has been added. The book has been carefully revised, and misprints have been carefully corrected.

The book is divided into 14 chapters. Out of these, the first ten constitute the First Part, while the remaining four form the Second Part. But the last two chapters and "A Statement of My Beliefs" were, left out in the first edition which have been incorporated in this edition.

Chapter I is an exposition of 'Awn' and other names of God.

Chapter II treats of the up-bringing of children.

Chapter III treats of Brahmacharya, duties and qualifi-cations of scholars and teachers, good and bad books and the scheme of studies.

Chapter VIII treats of the Creation, Sustenance and Dissolution of the Universe.

Chapter IX treats of knowledge and ignorance, and emancipation and bondage.

Chapter X treats of Conduct-desirable and undesirable, and of Diet-permissible and forbidden.

Chapter XI contains criticism of the various religions and sects prevailing in India.

At the end of the book a summary of the teachings of the Eternal Vedic Religion has been given which we profess.

Aim of the author in writing this book

My chief aim in writing this book is to unfold the truth. I have expounded truth as truth and error as error. The exposition of error in place of truth and of truth in place of error does not constitute the unfolding of truth.

To speak of, write about and believe in a thing as it is, constitutes truth. He, who is prejudiced, tries to prove that even his error is truth, while the truth of his religious opponent is error, He cannot, therefore, know what the true religion is. Hence it is the bounden duty of truthful and learned men to unfold the right nature of truth and error before all men in their writings and speeches and then to leave them free to judge what promotes their welfare and what is prejudicial to their interests, and to embrace what is true and reject what is false. This will lead to happiness of the people at large. Though the human soul possesses the capacity for ascertaining truth, yet through self-interest, obstinacy, wrong-headedness, ignorance and the like, it is led to renounce truth and incline towards untruth. I have freed myself from these influences while writing this book. It is not my object to hurt anyone's susceptibilities or to injure anyone. On the other hand, my aim is to further the advancement and advance the well-being of mankind, to help (all) human beings in the attainment of what is right, and to enable them to accept truth and reject falsehood. In my opinion there is no other way of elevating the human race.

All errors or omissions, typographical or otherwise-on being pointed out to me, will be rectified, but no heed will be paid to anything that is said or written through prejudice with the object of unnecessarily criticizing the book. Of course, any suggestions made by persons actuated with the spirit of furthering the welfare of humanity, on being found good, will be most acceptable. There are undoubtedly many learned men among the followers of every religion. Should they free themselves from prejudice, accept the universal truth-that is, those truths that are to be found alike in all religions and are of universal application-reject all things in which the various religions differ and treat each other lovingly, it will be greatly to the advantage of the world, for it cannot be denied that differences among the learned creates bad blood among the ignorant masses. This leads to multiplication of all sorts of sorrows and sufferings and destroys human happiness. This evil, which is so dear to the heart of the selfish, has hurled mankind into the deepest depths of misery. Whoever tries to do anything with the object of benefits to mankind is opposed by selfish people and various kinds of obstacles are thrown away. But finding solace in the belief that ultimately truth must conquer and not error and that it is the path of rectitude alone that men and women of learning and piety have always trodden, true teachers never become indifferent to the promotion of public good and never give up the promulgation of truth.

It is my firm belief that everything calculated to the advancement of knowledge and righteousness is like poison to begin with but like nectar in the end. I have kept all this in view while writing this book. Let all those who read, or hear it being read, keep an open mind, enter into the spirit of the author and form an independent opinion. I have taken no sides in the way of jarring creeds.

I have incorporated into this book whatever is true in all religions and in harmony with their highest teachings, but have refuted whatever is false in them. I have exposed to the view of men-learned or otherwise-all evil practices whether resorted to secretly or openly. This will help the readers to discuss religious questions in a spirit of love and embrace the one true religion. Though we were born in Aryavartta (India) and still live in it, yet just as we do not defend the evil doctrines and practices of the religions prevailing in our own country-on the other hand expose them properly-in like manner we deal with alien religions. We treat the foreigners in the same way as we treat our own countrymen in recognition of our common humanity. It behoves all the rest to act likewise. Had I taken the side of one of the prevailing religions of India; I would have but followed (blindly) the example of sectarians who extol, defend and preach their own religion and decry, refute and check the progress of other creeds. In my opinion, however, such things are beneath the dignity of man.

Should a man act like an animal, which if strong, oppresses the weak and even puts them to death, he is more an animal than a man. He alone can righty be called a man who being strong protects the weak. He that injures others in order to gain his selfish ends, can only be called a big animal. 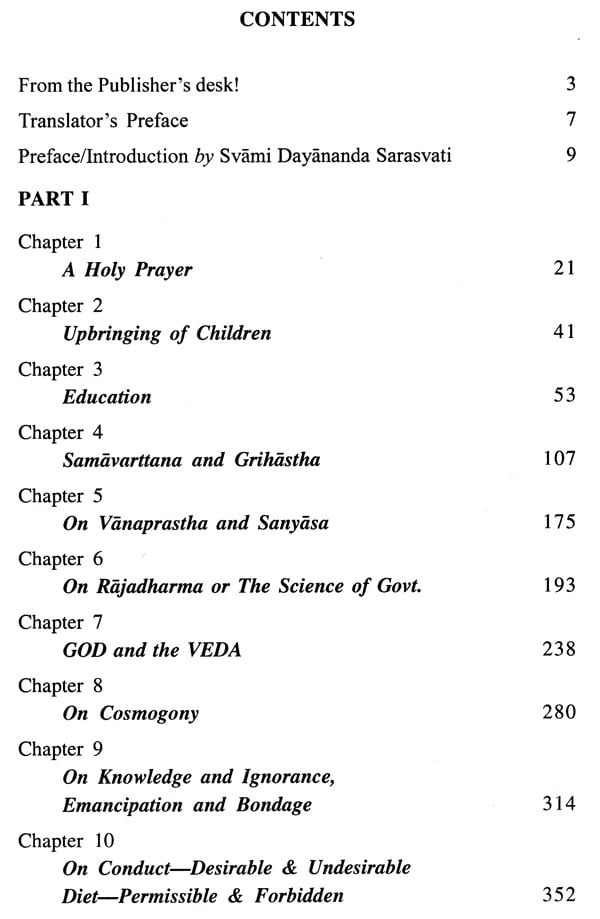 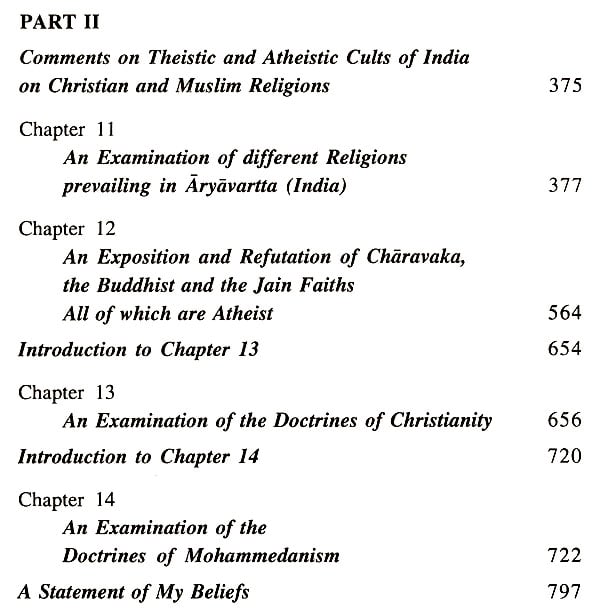 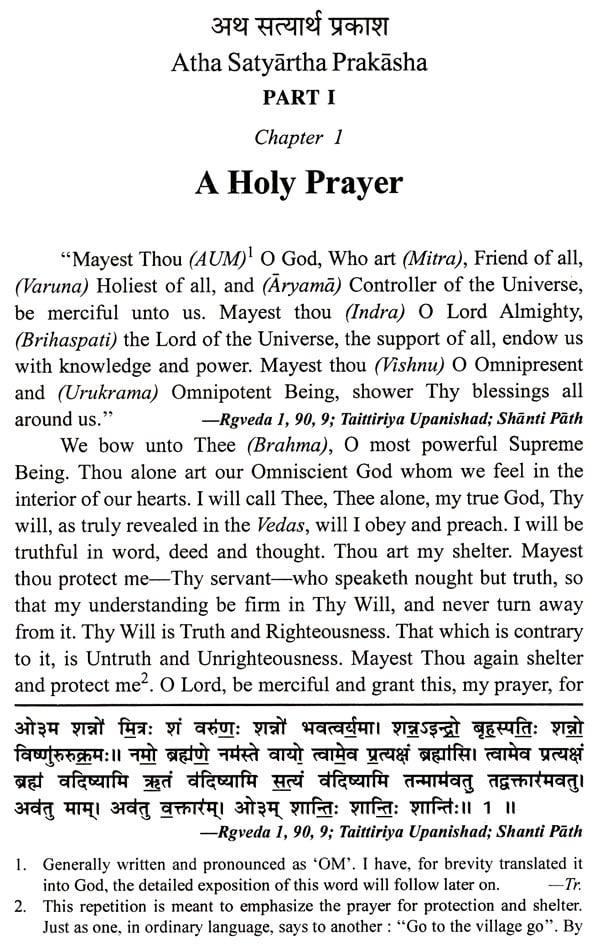 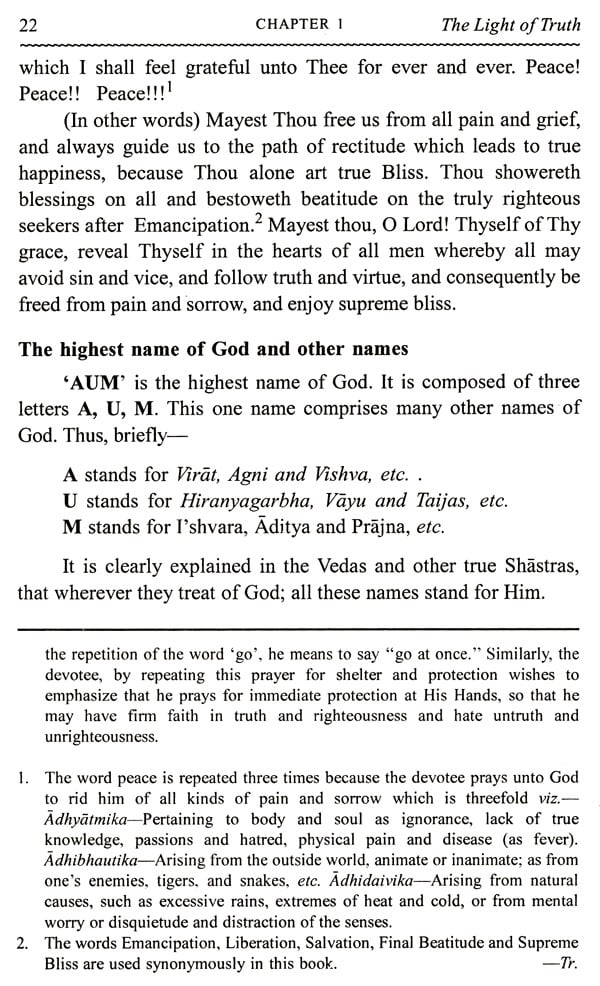 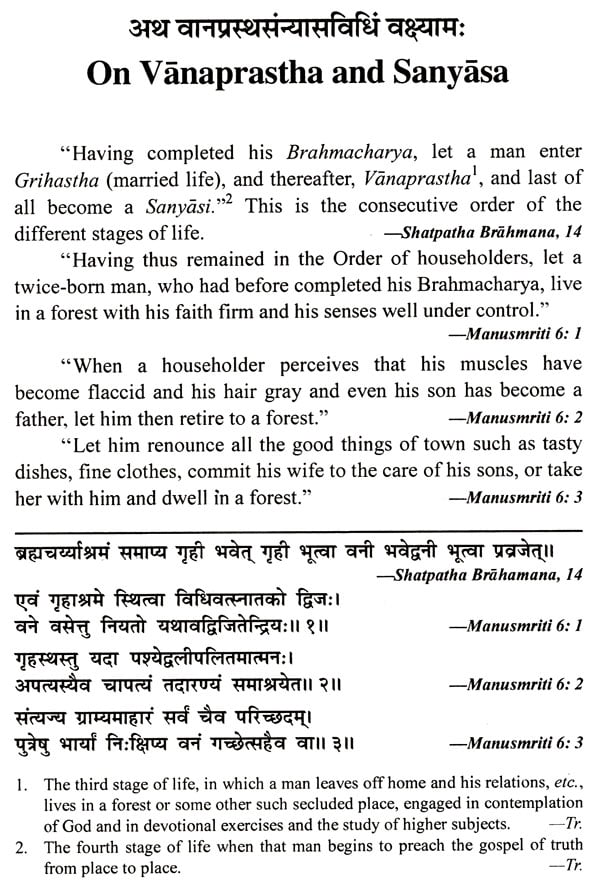 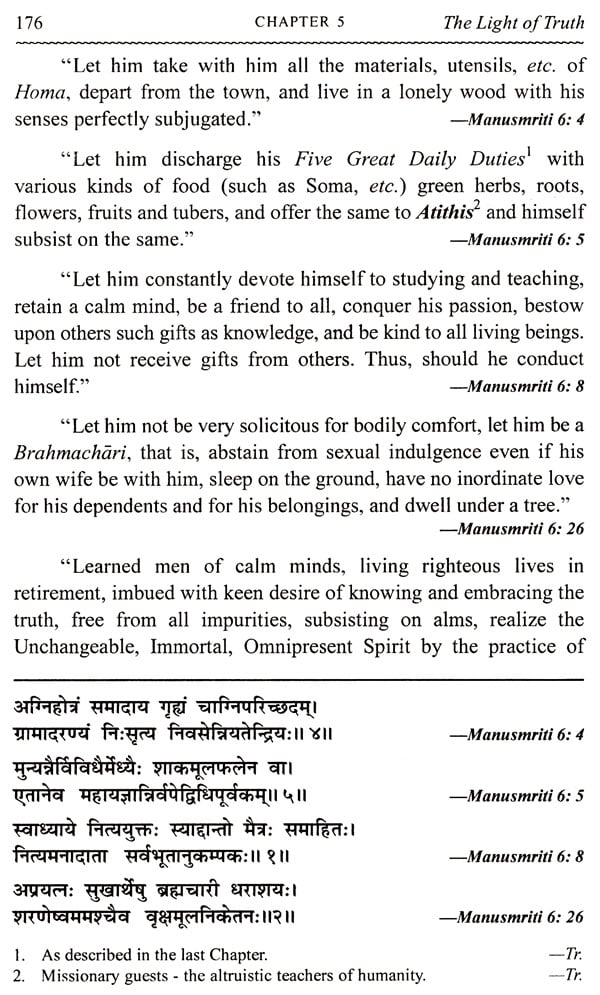 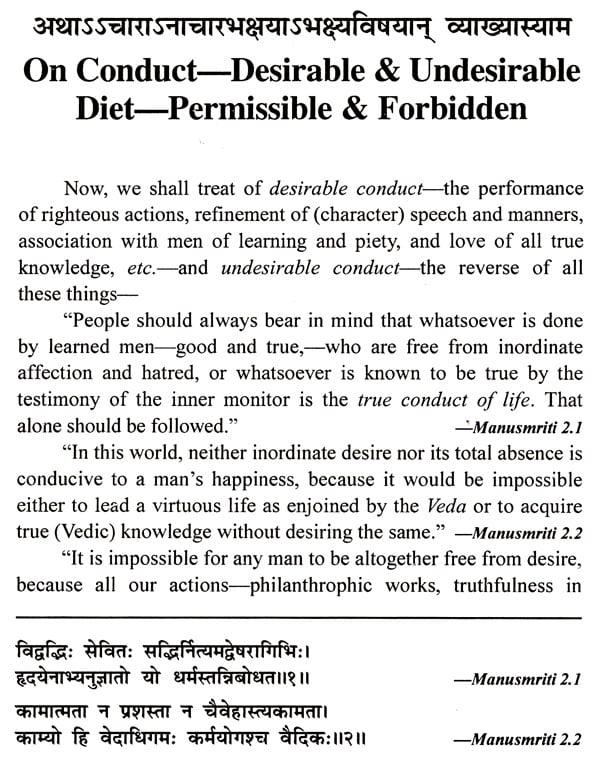 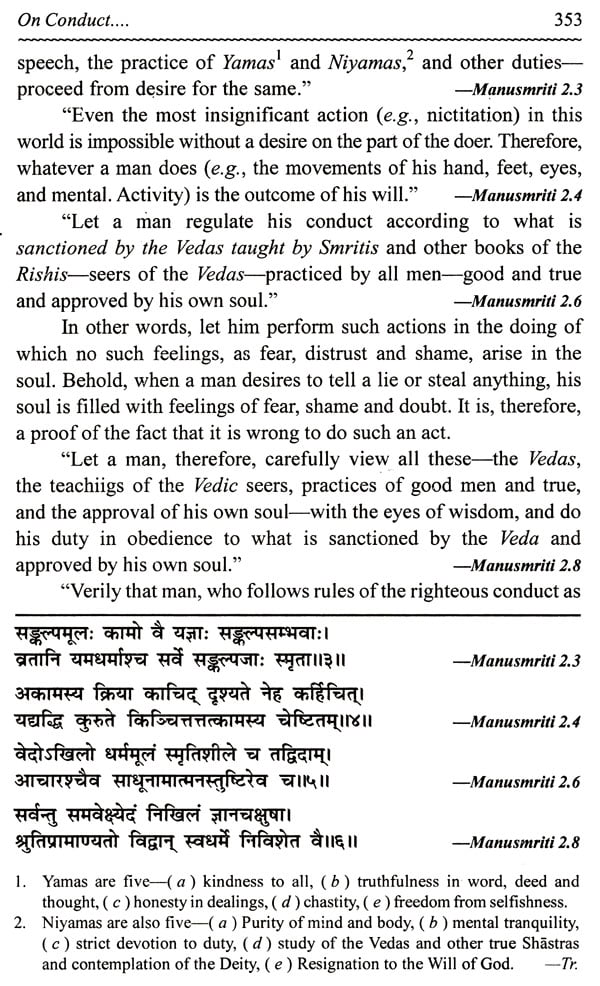 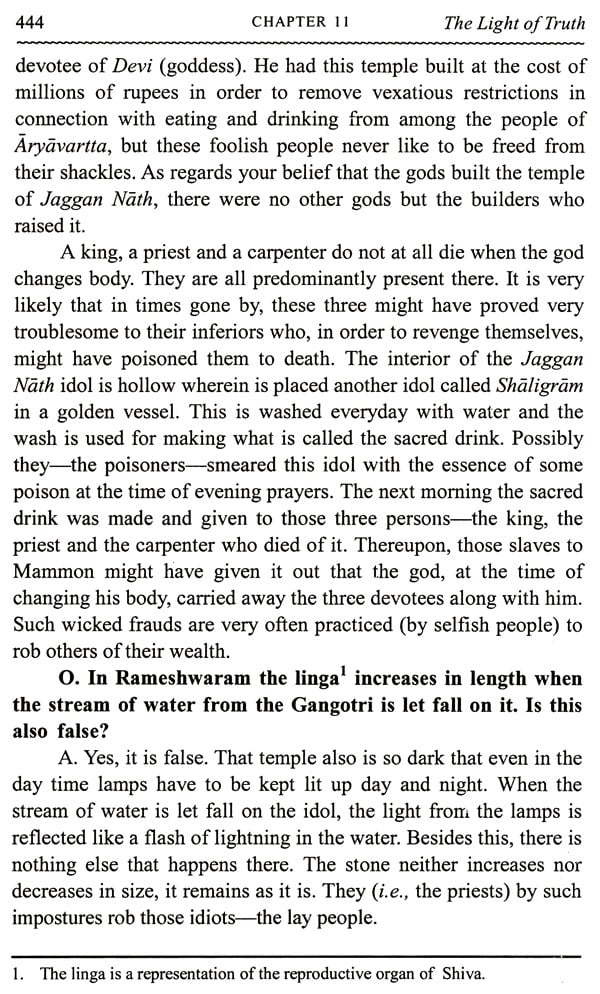 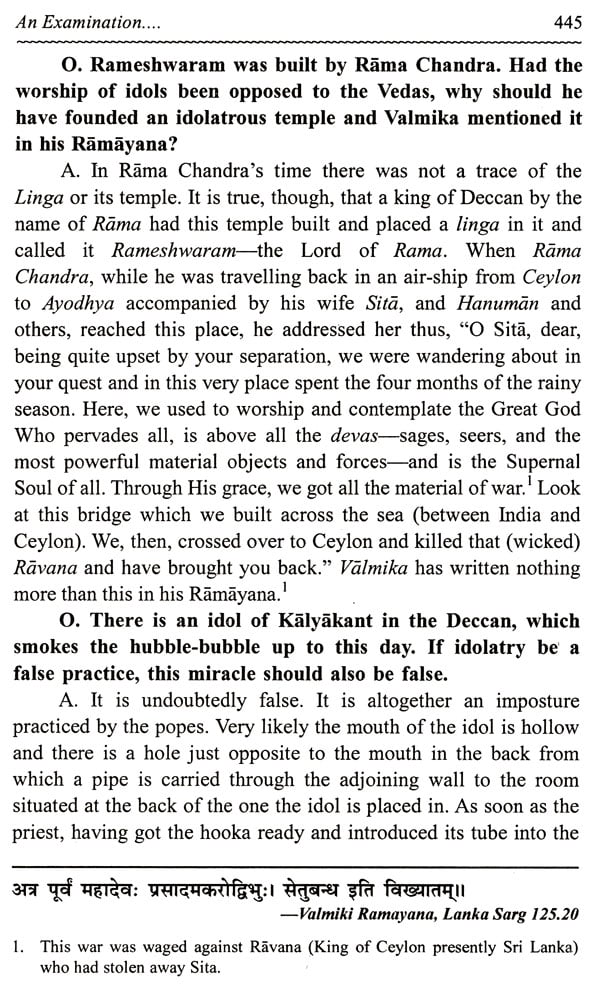 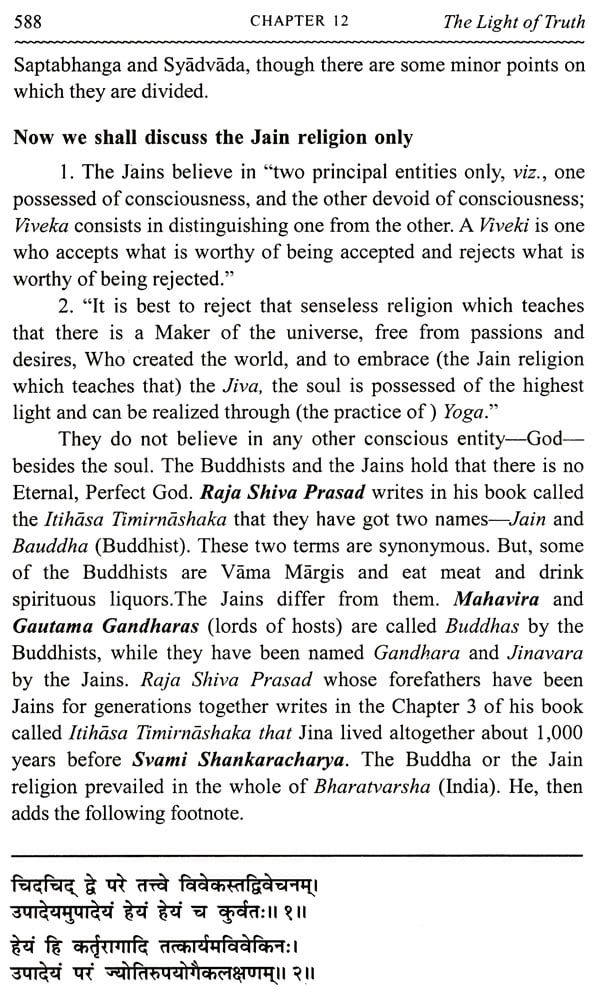 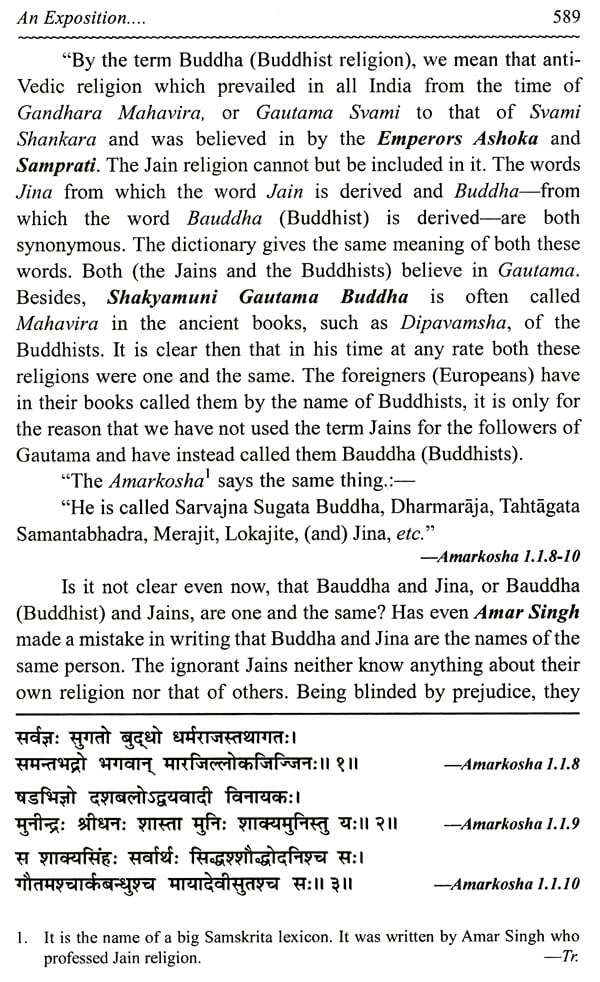 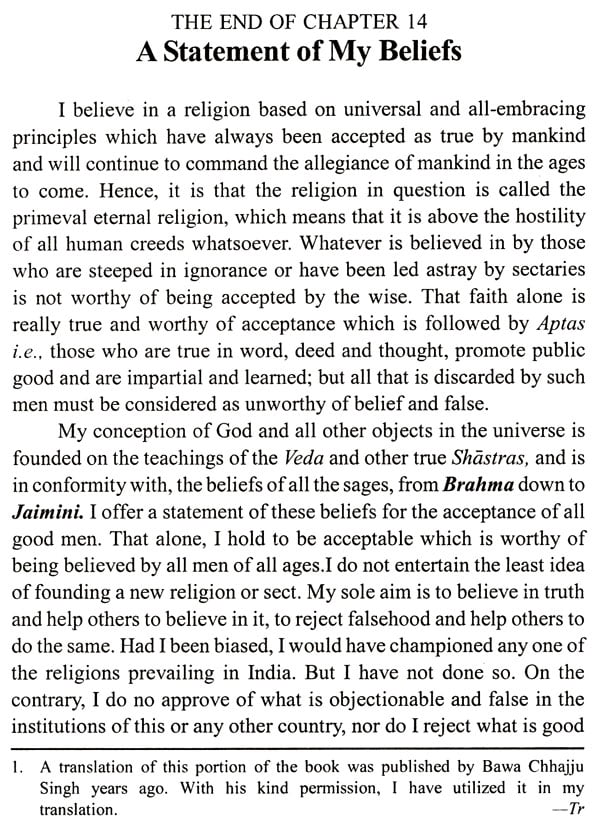 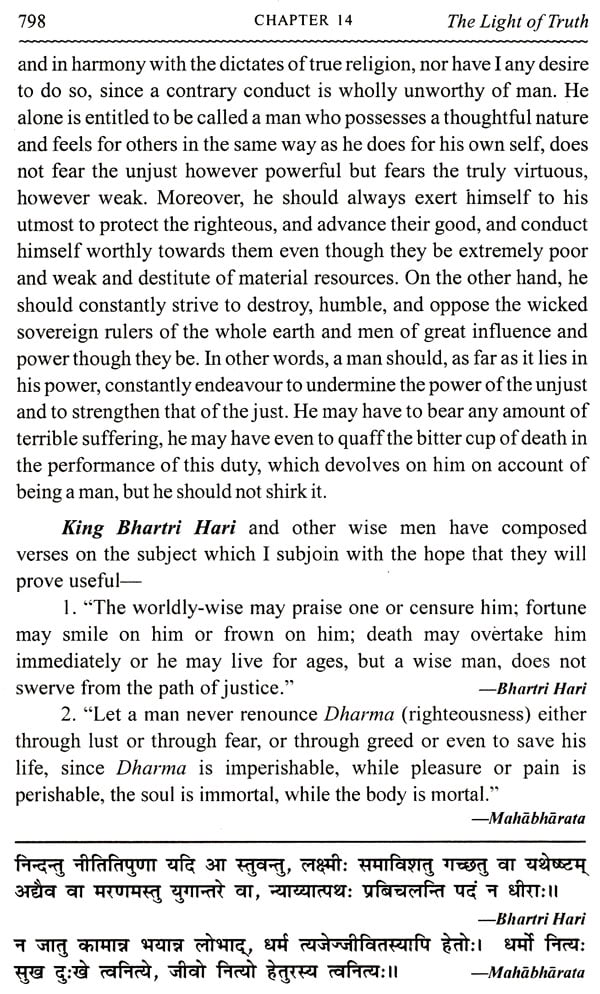 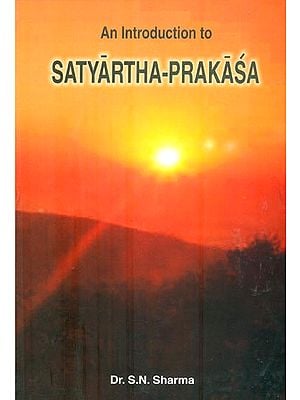 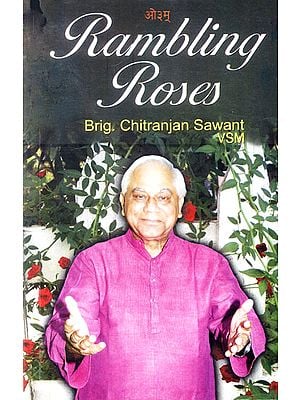 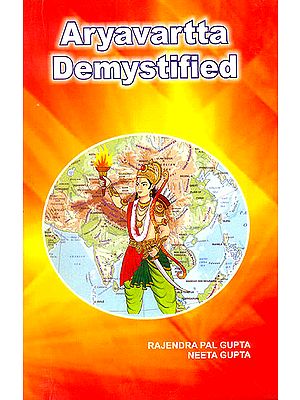