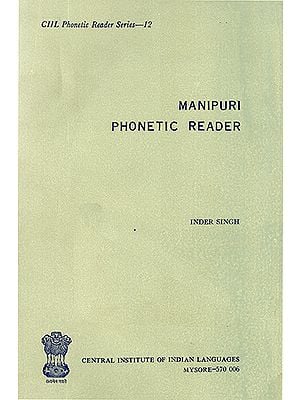 The Central Institute of Indian Languages was set up on the 17th July, 1969 with a view to assisting and co-ordinating the development of Indian languages. The Institute was charged with the responsibility of serving as a nucleus to bring together all the research and literary output from the various linguistic streams to a common head and narrowing the gap between basic research and developmental research in the fields of languages and linguistics in India.

The Institute and its four regional centres are thus engaged in research and teaching which lead to the publication of a wide-ranging variety of materials. Preparation of materials designed for teaching/learning at different levels and suited to specific needs is one of the major areas of interest of the Institute. Basic research relating to the acquisition of language and study of language in its manifold psycho-social relations constitute another broad range of its interest. The publications will include materials produced by the members of the staff of the Central Institute of Indian Languages and its Regional Language Centres and associated scholars from universities and institutions, both Indian and foreign.

The Central Institute of Indian Languages has initiated the Phonetic Reader Series in Indian languages with a view to presenting the range of phonetic variation obtaining in this sub-continent and demonstrating the closeness of language on the basis of phonetic patterning. These Readers are biased towards learning the sound systems of languages. Thus it is hoped that this series will be of interest to both scholars who are interested in phonetic studies and practical learners of languages who wish to make a beginning in their language study.

If these materials help solving the problems in the State and help in understanding the people speaking the language, then our efforts will have been amply rewarded.

The Census of India 1961 enumerates 1652 mother tongues in the country. Besides the languages listed in the Eighth Schedule of the Indian Constitution there are some languages with substantial number of speakers. Some such languages have a long literary tradition, and creative works have been produced in them for centuries. Manipuri, a language belonging to the Kuki-Chin group of the Tibeto—Chinese sub-family, is such a language. It has borrowed extensively over the centuries from the neighbouring languages, mainly Indo-Aryan languages, due to geographical, historical and cultural reasons. Manipuri is spoken in the eastern part of the country by 621244 speakers. Majority of the Manipuri speakers {502832 persons) are in the Manipur State, Rest of the speakers are spread primarily in Assam (89034 persons) and in Tripura (27940 persons). Manipuri (also called Meithei) is at present the a state language of Manipur and is used in education, administration and other spheres of life in Manipur.

It is used as medium of instruction at the school stage and is also allowed as an optional medium for college education. It is also a subject of study at the college and university stage in Manipur and in some other universities in eastern India. In spite of all this a comprehensive synchronic study of the language along modern linguistic lines is still not available.

The Central Institute of Indian Languages under its tribal and border languages research programme has undertaken a study of Manipuri language in all its aspects. It is visualised to publish a synchronic grammar, a trilingual dictionary and instructional materials for Manipuri besides the present Phonetic Reader.

1. The language teacher and the educated adult learner.

Taking into consideration the dual purpose of the Phonetic Reader an effort has been made to present the sound system of Manipuri with as little terminological complexity as possible while not sacrificing sufficient and accurate information of Manipuri sounds. ‘The Phonetic Reader in its introduction gives a general description of the structure of the Reader.

The second chapter gives a classification and description of Manipuri speech sounds. It presents first the tonal features and then segmental sounds. The description of these sounds singly and in clusters is also given.

The third chapter gives an analysis of Manipuri phonemes. It briefly introduces the relevant concepts and discusses some problems of phonemic analysis of Manipuri like free variation, nasalisation, etc. It is followed by a description of the allophones of the phonemes and their distributions. The second part of this chapter gives an account of the present Manipuri writing system which is an adoption of the Bengali writing system. Certain deficiencies in the present day writing system have been pointed out and suggestions for modifications thereto are also given.

The last chapter gives phonetic drills for inculcating and practising the correct pronunciation of Manipuri.

The Phonetic Reader does not claim to be complete or perfect. There are certain areas still left untouched. Thus there is no description of the international features in the Phonetic Reader. Although it is true that the pronunciation of a language can be more effectively learnt with the aid of the native speaking teacher the usefulness of a Reader like the present one cannot be underestimated. It is hoped that the Reader will be useful to learners and teachers of Manipuri alike and also to interested linguistic scholars working on Manipuri. 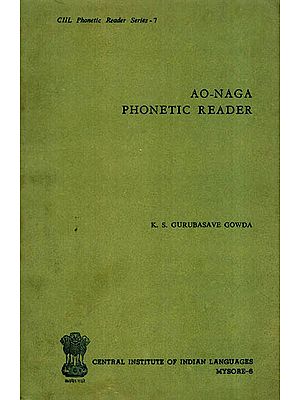 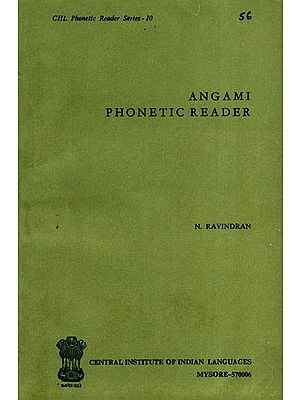 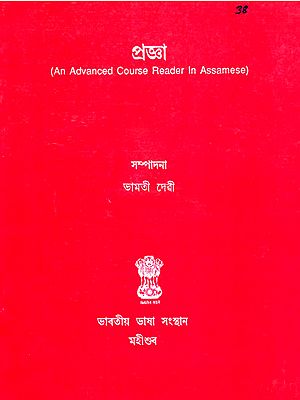