Music of the Nations (A Comparative Study) 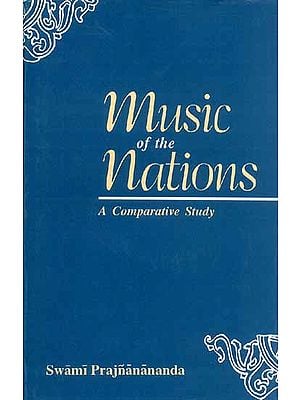 €24.65
Notify me when this item is available
Save to Wishlist Send as E-card Share by Email

The Music of the Nations is a comparative study of music and musical systems of the civilized world. Mesopotamia, Greece, Rome, Arabia, Persia, China, Japan, Korea, Siam, Burma, Central Asia, England, and Russia.

The learned author has approached with a new hope and attempt to represent many new materials for research work and also for knowledge of the inquisitive reader.

Swami Prajnanananda owned great reputation in the fields of scholastic studies and research. He learnt classical music under noted Ustads and has extensively read and made research on musical treatises. He was awarded the Sisir Memorial Prize in 1960, the Fellowship by the Sangeet Natak Akademi, New Delhi in 1963, and was awarded the Sarojini Gold Medal by the University of Calcutta. He was conferred D. Litt. by Robindra Bharati University, Calcutta. He is an author of many research books written in English, Sanskrit and Bengali.

The Music of The Nations is a comparative study of music and musical systems of the civilized nations of the world. The book deals with music of India, Me- sopotemia, Greece, Rome, Arabia, Persia, China, Japan, Korea, Siam, Burma, Central Asia, England and Russia. There was a close contact by land and sea between India and other Western countries, Middle East, and Central Asia, and India supplied various materials of art, culture and civilization to those countries. Be- sides, music of India was not limited within the corners of India, but it crossed the borders of India, and contri- buted her art and culture to other countries. The Buddhist age was a golden one, and in this age, India had a contact with Mesopotemia, Chaldia, Assyria, Greece, Babylon, Arabia, Persia and other countries. Both the Eastern and the Western historians unani- mously are of the opinion that as India borrowed many things from other countries, so she also contri- buted many things to those ancient countries through the medium of trade, commerce and religious mission. This book has been written for comparative as well as comprehensive knowledge of music. There runs a proverb that comparison makes a man perfect in his knowledge and experience. It is true that a compala- tive knowledge is a best and surest means for getting wide and perfect knowledge of everything. Swami Abhedananda said that one must know everything of something and something of everything, and it means that one should acquire deep knowledge in one of the subjects and shall acquire knowledge in various branches. Art and science of music should be approached from all sources possible. Sir S. •M. Tagore of Calcutta publish- ed Universal History of Music in 1896, and gave some comparative ideas of music and musical systems of different ancient nations of the world. It might be recognised as a source book of information on music of the world nations.

But fresh researches have been made upon the subject, and many of the source books have been published which were not available in Sir S. M. Tagore's time. Historians and musicologists like Curt Sachs, Smith, Carl Engle, Scholes, Dr. Farmar, Macdowell, Chapell and others have made fresh research work on music, and have contributed many materials of music and musical instruments of different nations. So the field of research works on music and musical systems of different nations has been wide open at present. Further researches should be made, and new books should be written with new vision and new materials so as to help the teachers and the students of music. It is true that this book is not sufficient to meet the greater requirement and demand of the research stu- dents of music, but yet I venture to approach with a new hope and inspiration, and so I hope that the inquisitive readers will find some clues and materials to equip their knowledge in the field of research on music

I offer my thanks to Shri Durga Pada Bhattacharyya for typing the manuscripts of the book and also (or corrections where necessary. I also offer my thanks to Sarvashri Suresh Chandra Chaudhury, Brahmachari Pranabesh Chaitanya, Devashis Hore, Ashutosh Chose, Hem Chandra Ghose, and Manicklal Dutt, for encourag- ingrne to write and publish this book.

I offer my thanks to Shri Devendra Jain, the Editorial Director, for carefully publishing the book on behalf of Messrs. Munshiram Manoharlal Publishers Pvt. Ltd. New Delhi. 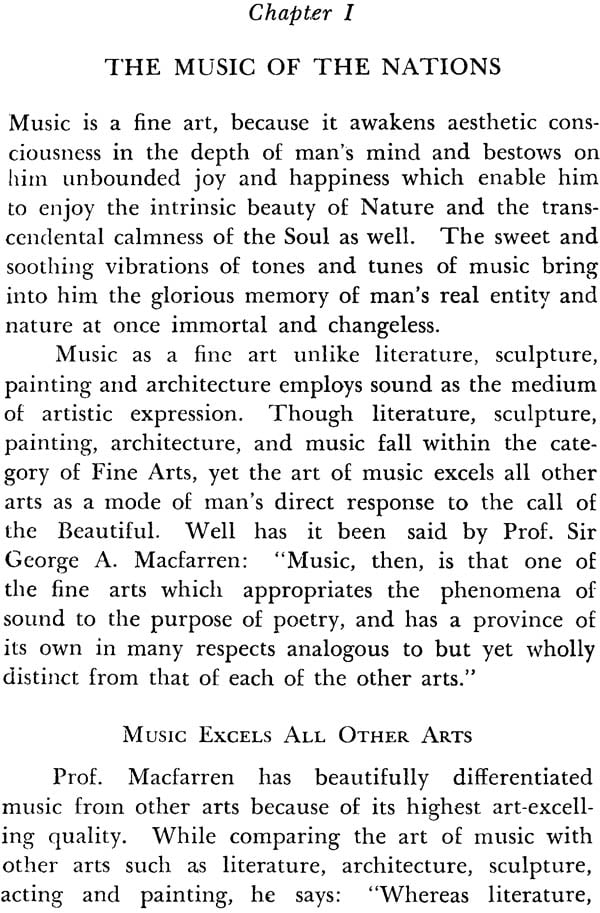 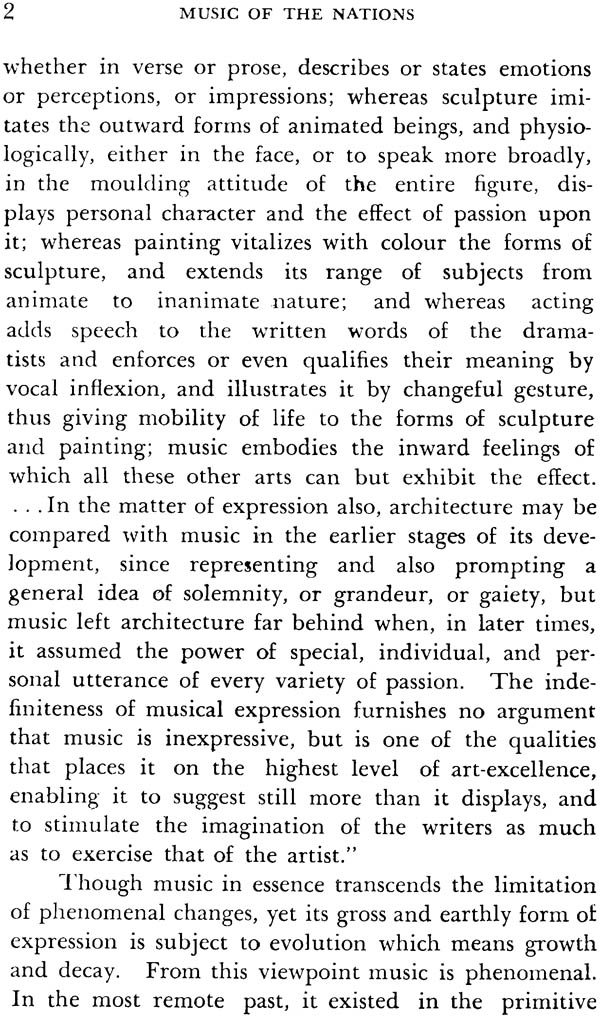 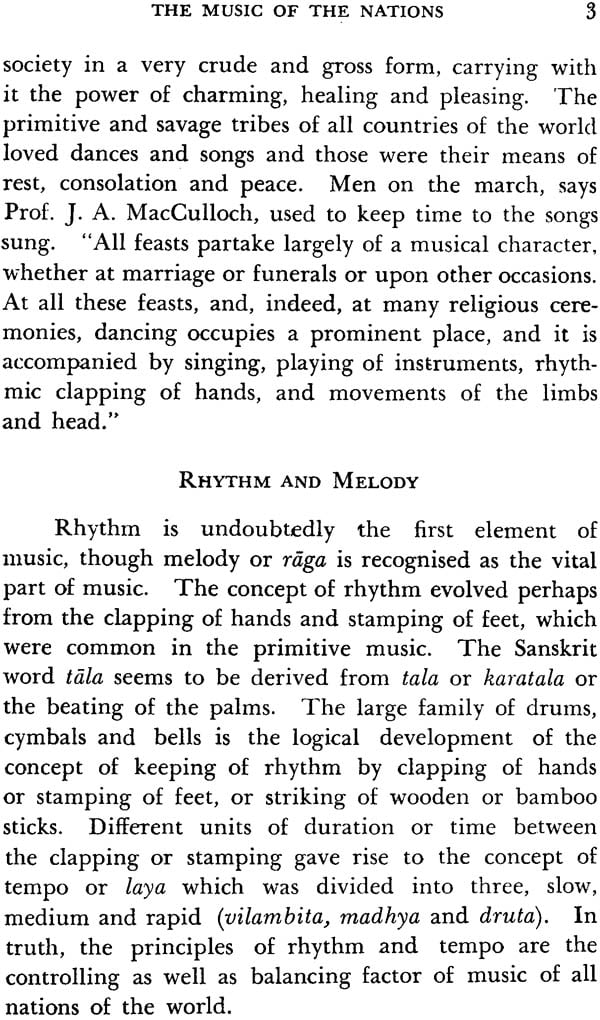 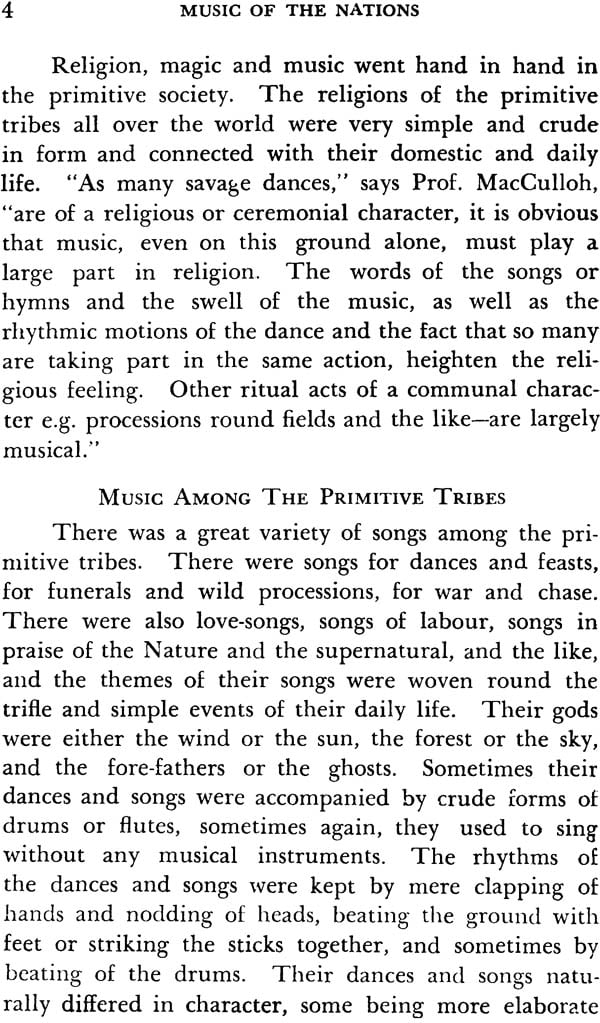 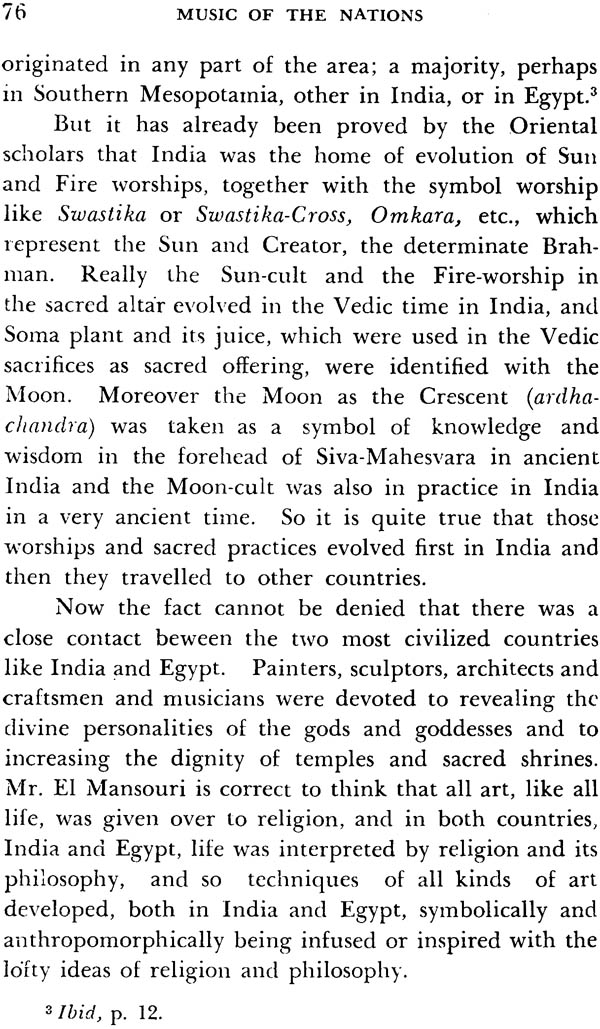 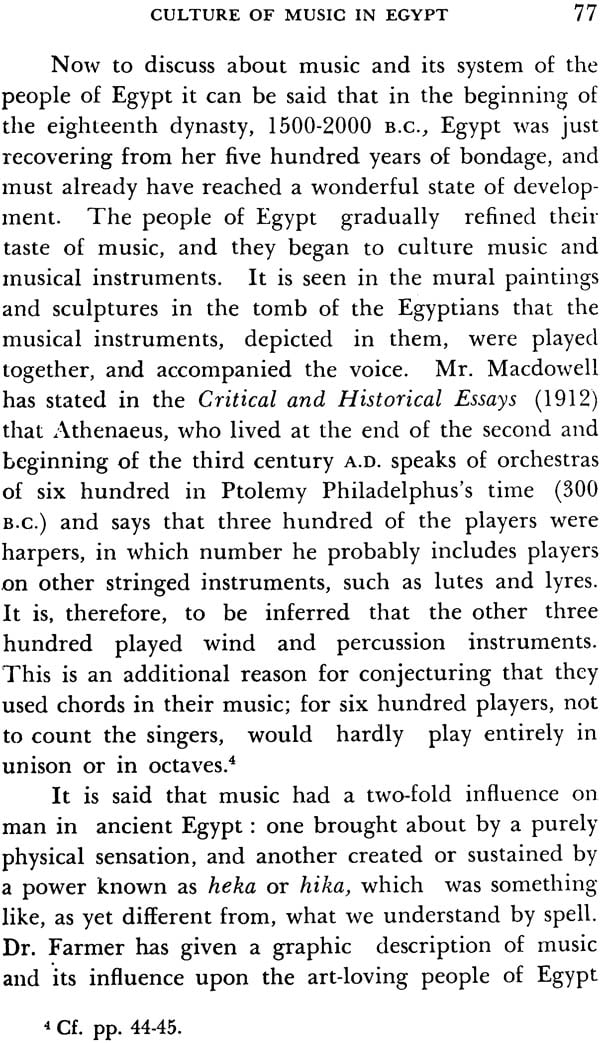 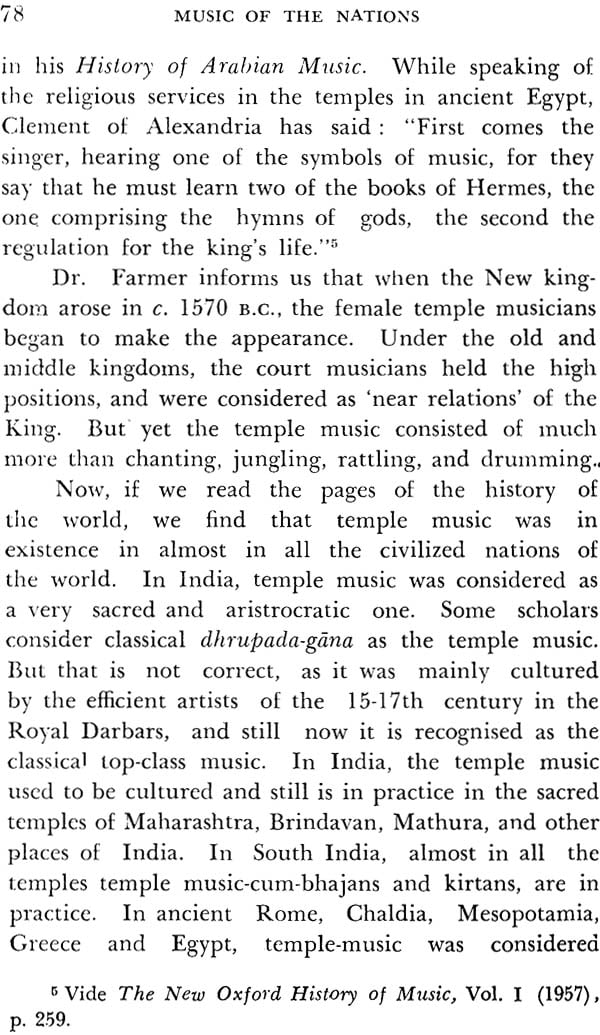 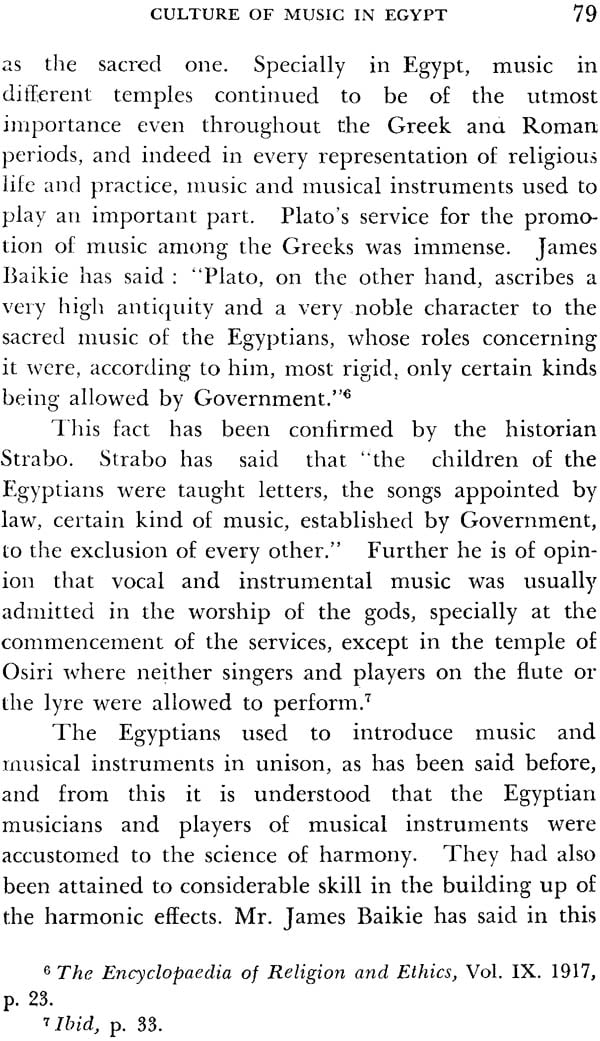 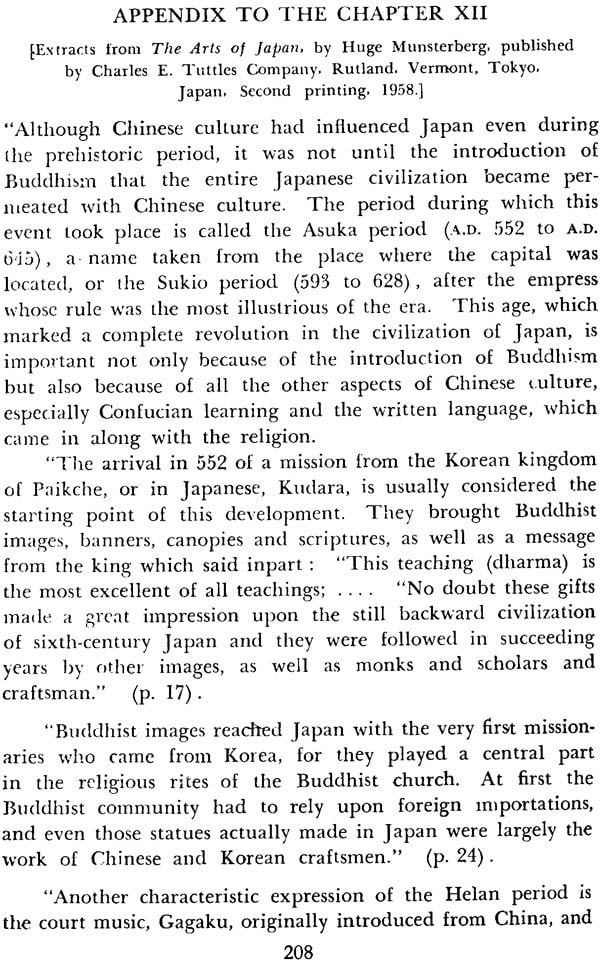 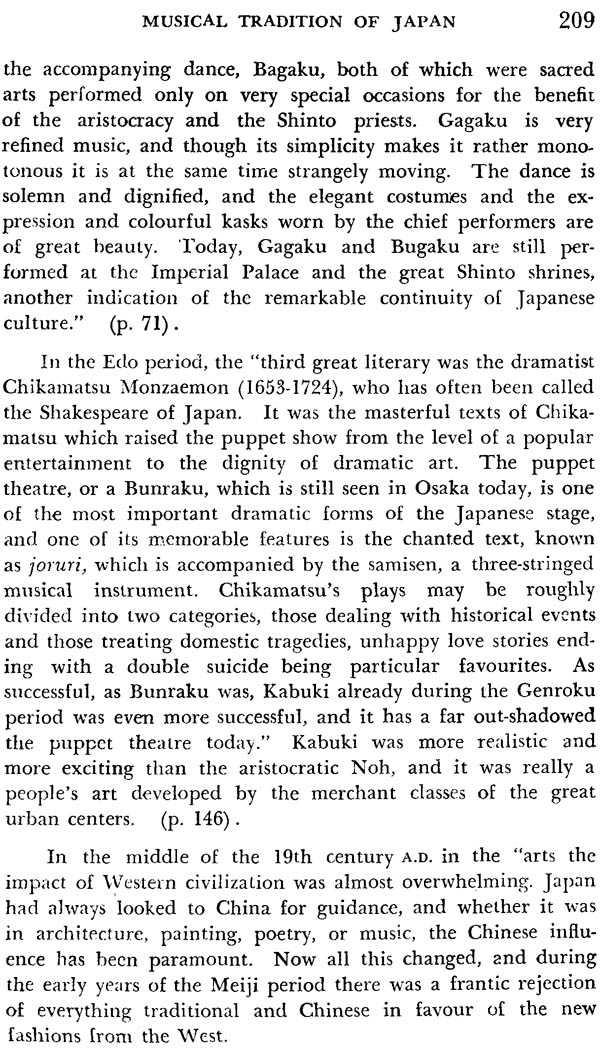 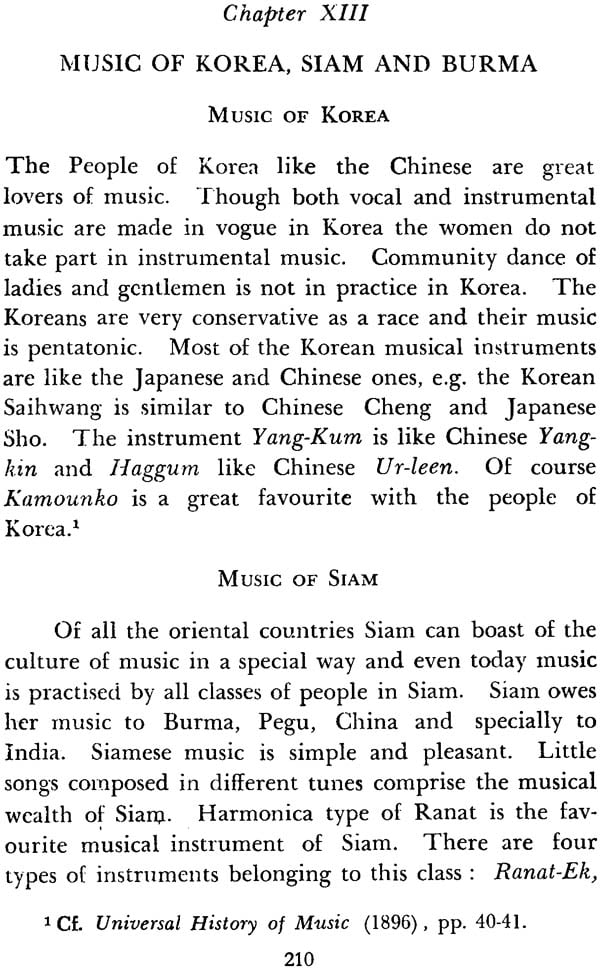 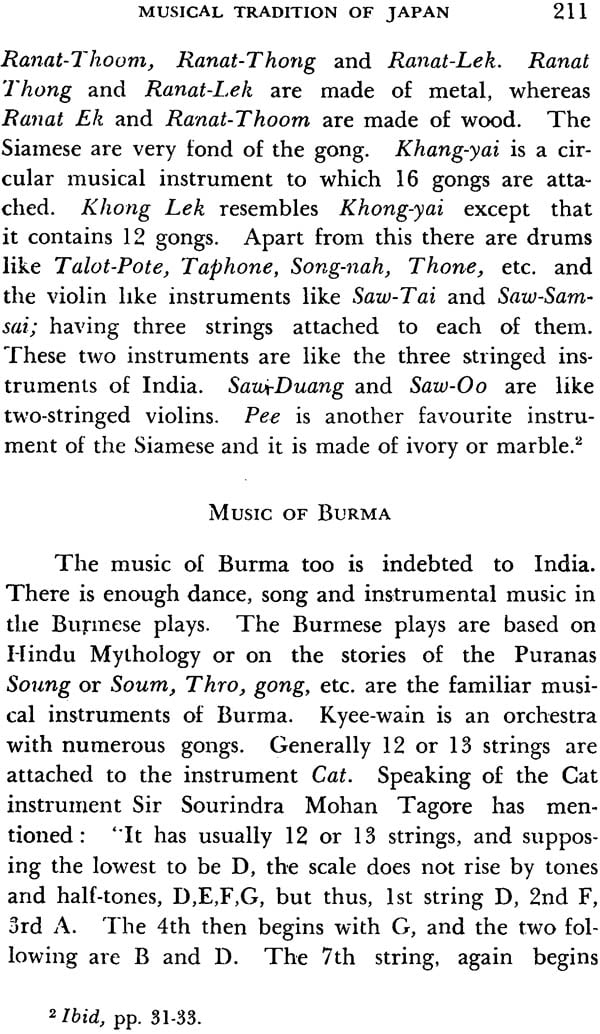 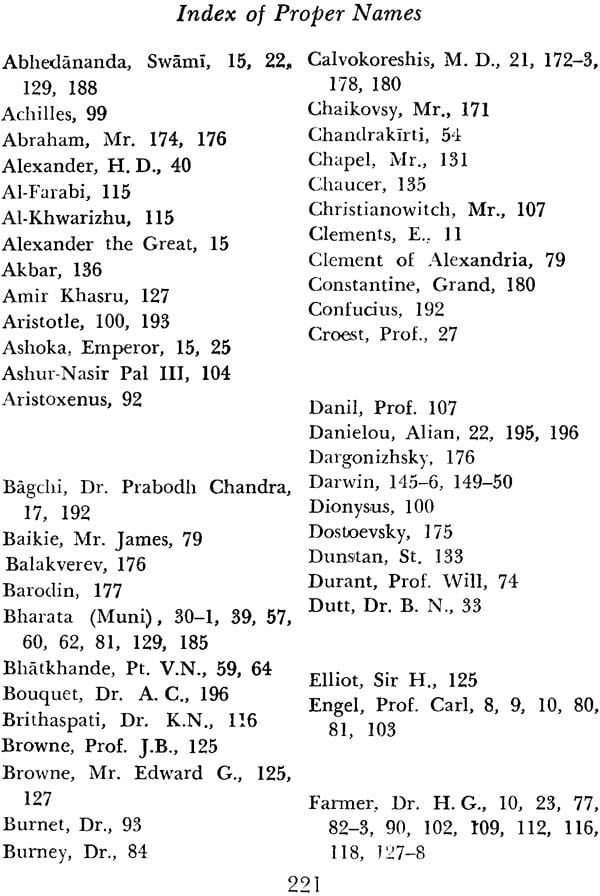 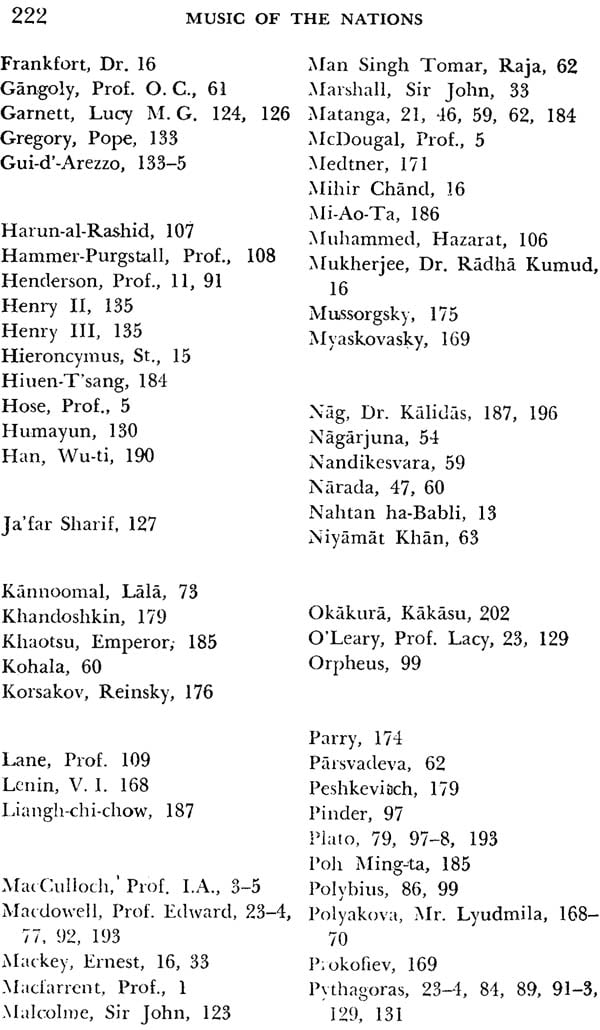 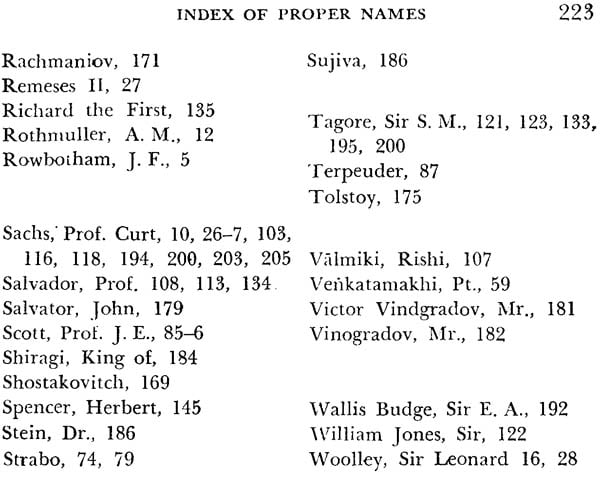