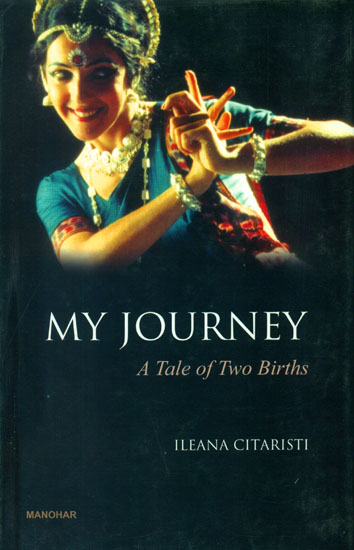 My Journey: A Tale of Two Births is the unputdownable saga of the two avatars of the eminent Odissi danseuse Ileana Citaristi. Growing up in the times of hippie culture, among the flower children of the seventies, Ileana Citaristi’s life is a fascinating story of a rebellious soul which migrates across continents, from the small town of Bergamo in the mountainous ranges of north Italy to bustling Cuttack on the east coast of India.

In this autobiography, Ileana recounts her journey, going back in time to the sixties, in her first avatar, doing it all; from a rebellious teenager to acting in theatre, from researching in Western psychoanalysis of Carl Gustav Jung to Tibetan mandala, from hitch-hiking across a pre- Taliban Kabul to entering India and learning Kathakali in Kerala, from being high on LSD to turning vegetarian, and finally metamorphosing from a bohemian foreigner to a disciplined Indianized shishya.

In the second avatar she takes a gigantic leap of faith, when she embraces an alien land and language as her own and surrenders everything at the feet of her Guru, Shri Kelucharan Mohapatra, to learn the ancient art form of Odissi, she is able to give shape to the inner strivings of her soul.

Ileana Citaristi is an Italian-born Odissi and Chhau dancer and choreographer, based in Bhubaneshwar, India. She was awarded the National Film Award for Best Choreography in 1996 for Yugant, a film directed by Aparna Sen, and conferred Padma Shri in 2006 for her manifold contribution to Odissi dance. Besides Yugant, Citaristi has also choreographed for M.F. Hussain’s Meenaxi: Tale of Three Cities (2003) and Gautam Ghose’s Abar Aranye (2004). She is the author of two books, The Making of a Guru: Kelucharan Mohapatra: His Life and Times (2001) and Traditional Martial Practices in Orissa (2012).

A few weeks ago I happened to watch a VHS tape shot by my parents in December 1980 when they came to visit me for the first time in Odisha. I could not believe my eyes! Not a single motor car was to be seen on the streets of Bhubaneswar only bicycles, cows and people were roaming the dusty and semi deserted streets! During that visit my father decided to buy me a Luna. I still remember the look of surprise on the shopkeeper’s face when we went to buy; a girl riding a Luna and that too a foreigner was unthinkable in Cuttack. Today there is not a single one among my students who does not own a bike and one hardly can see any bicycle on the streets!

Of course, these are not the only changes which have taken place in the last thirty years or so. But what immediately comes to my mind, apart from the incredible growth in the number of foreign students who are nowadays learning Odissi dance, is also the fact that none of the Odissi stalwarts, the great gurus who had put this dance form back on the world map, after it had almost completely vanished from the temple premises, are alive. I cannot imagine myself falling so completely in love with Odissi dance had it not been for the presence and personality of Guru Kelucharan Mohapatra. I would not have settled for anything less than his detailed teaching and in depth insights into the entire panorama of Odia culture.

The coexistence of everyday life and tradition, myths and reality, rituals and daily activities which I found in Odisha when I first came thirty years ago has been a major determinant in my decision to keep on learning and trying to go deep into the inner meaning of what I was learning. I came from a culture where dance and art expression in general had become a mere virtuosic technique, detached from philosophical and spiritual search. What found here was not only a physical training in a particular dance idiom but a complete form of expression involving mind and body, humanity and divinity, matter and spirit.

Is it still the same for the foreign students who come to India to train in dance? Nowadays, in place of the old masters and their wisdom and experience, other substitutes have come up in the form of digital aids and recorded tools. But what distinguishes the experience of learning Odissi dance in Odisha from the training received in any other part of India or the world is this continuity between dance and life which one can still encounter here. The knowledge of the inner meaning and motivation of what we dance is the treasure of the land from where this dance form originated and this treasure has to be preserved as well as passed on like the secret ‘brahma’ in the wooden frame of Lord Jagannath.

I will remain indebted all my life to all the people who have hosted, supported, accepted and helped me during all these years. I would like to thank each one of them including the ones who are no more. I consider myself very fortunate to have been accepted in this larger family even if that meant being far away from home.

Last but not least I would like to thank my good friend Malavika and her husband Sanghamitra Pattnaik for going through the first draft of the manuscript and suggesting valuable corrections. 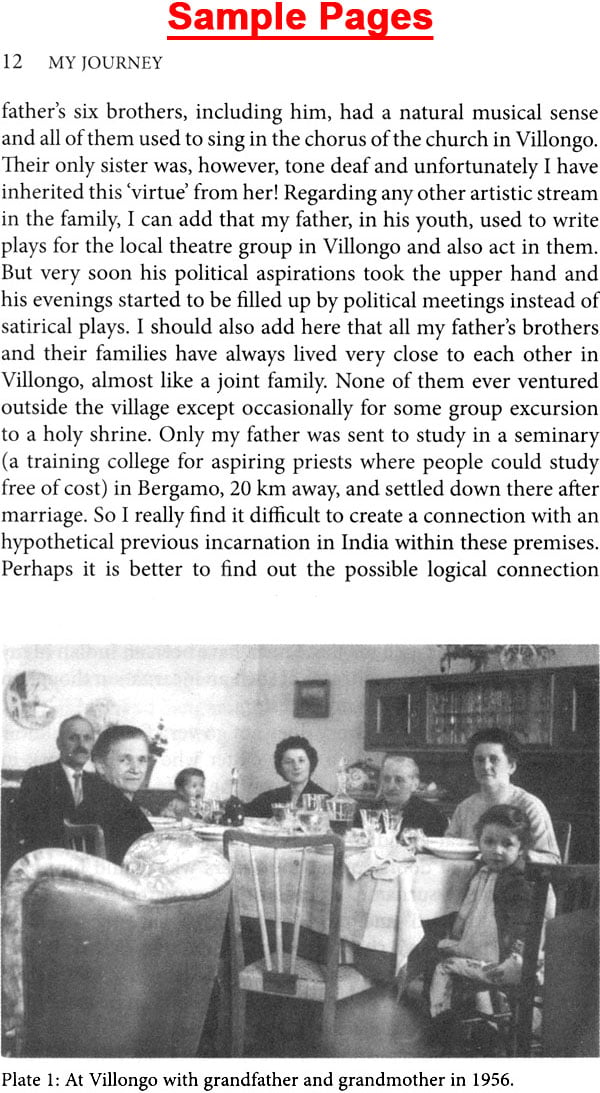 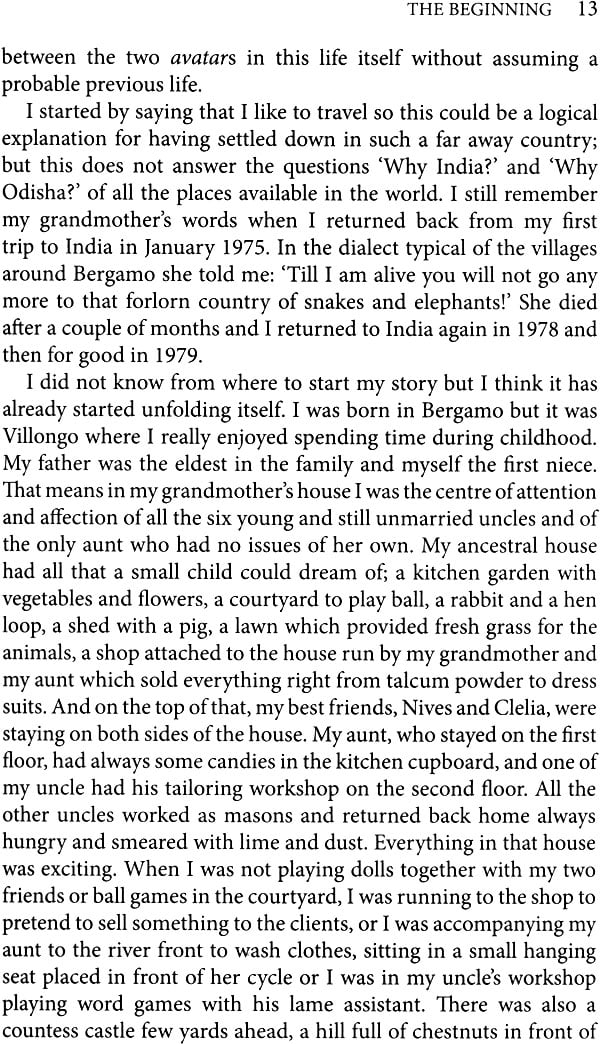 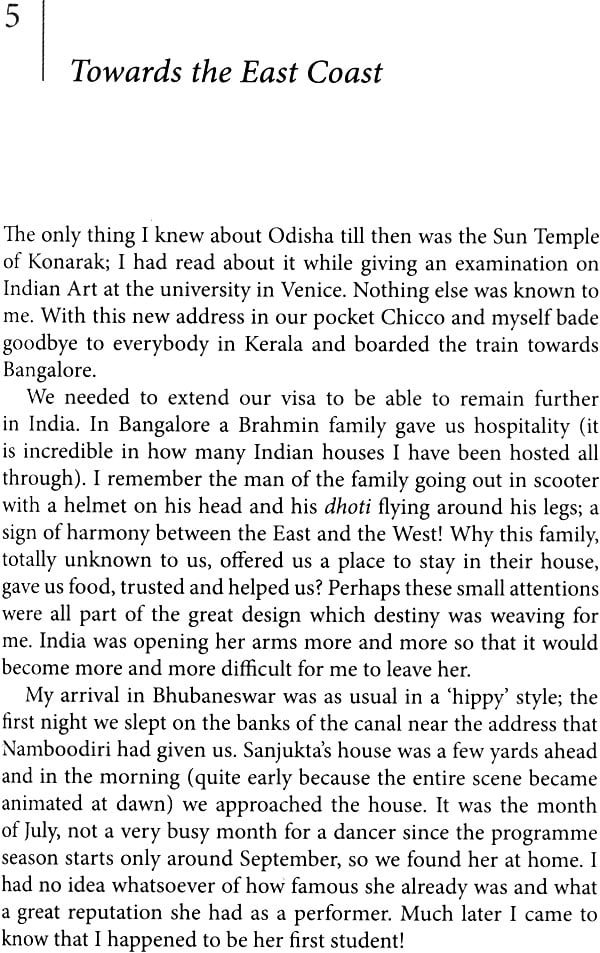 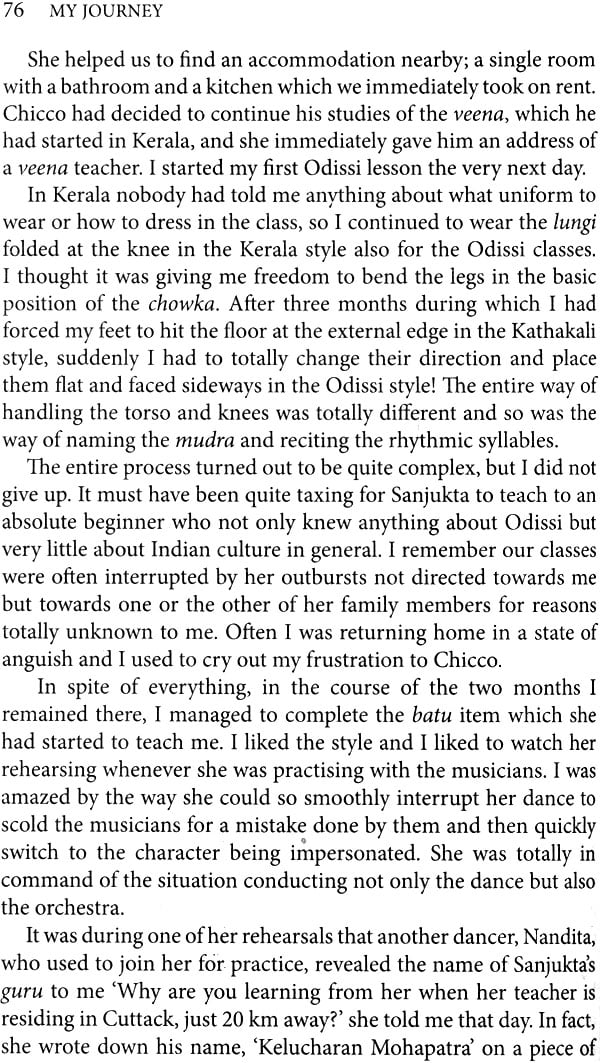 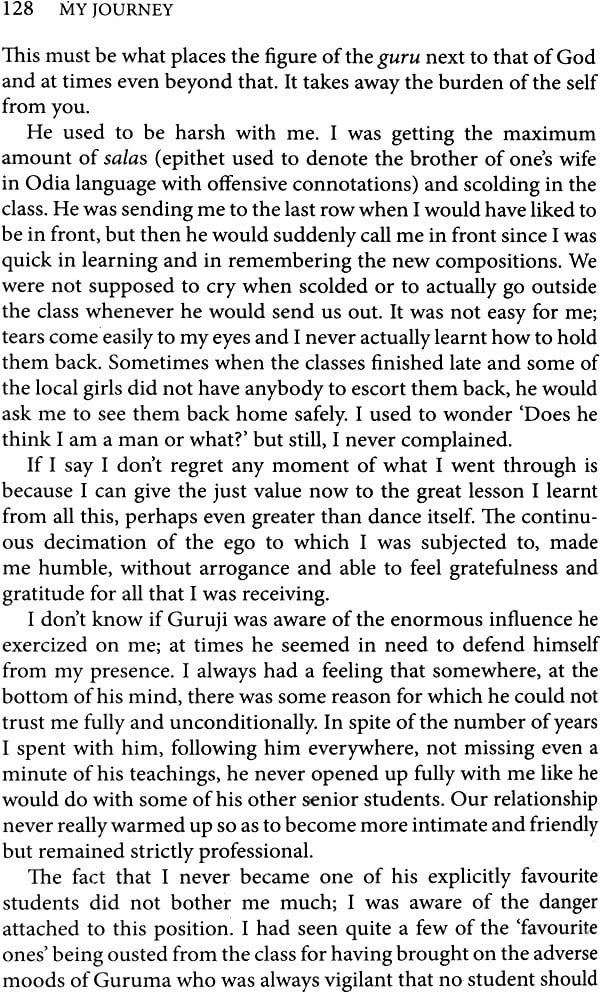 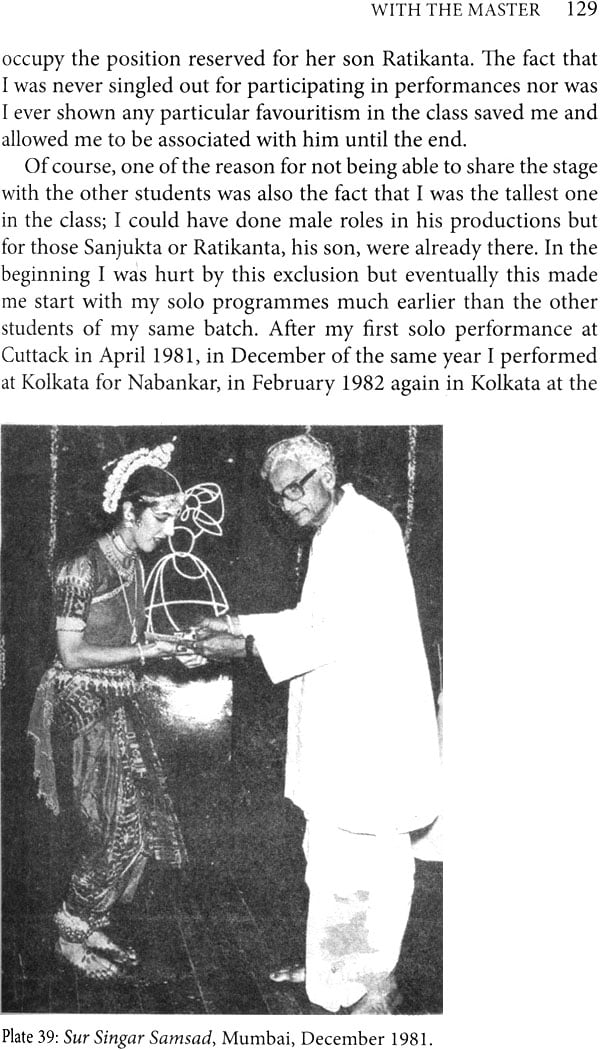 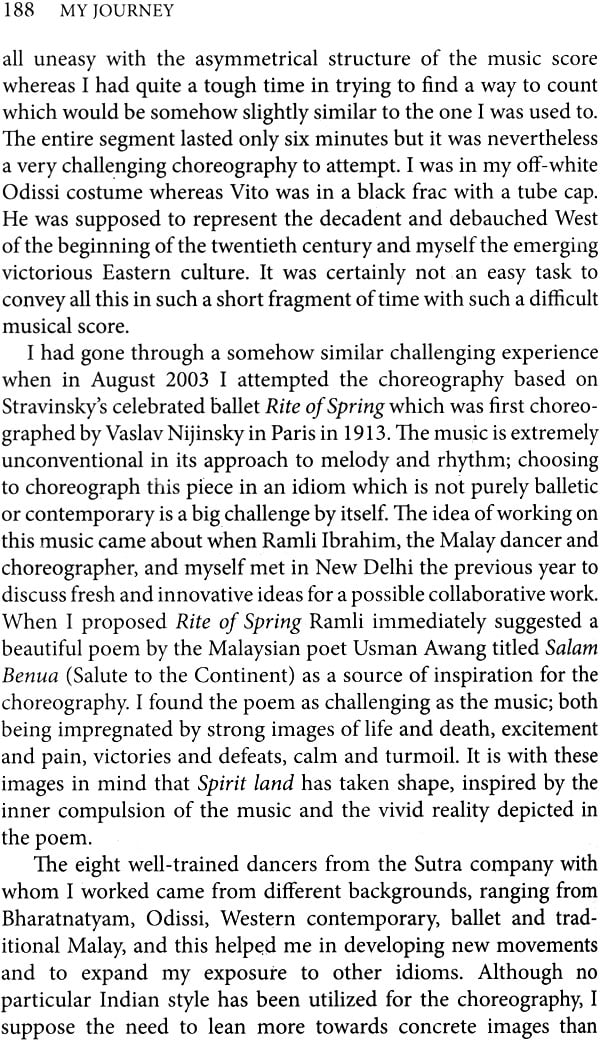 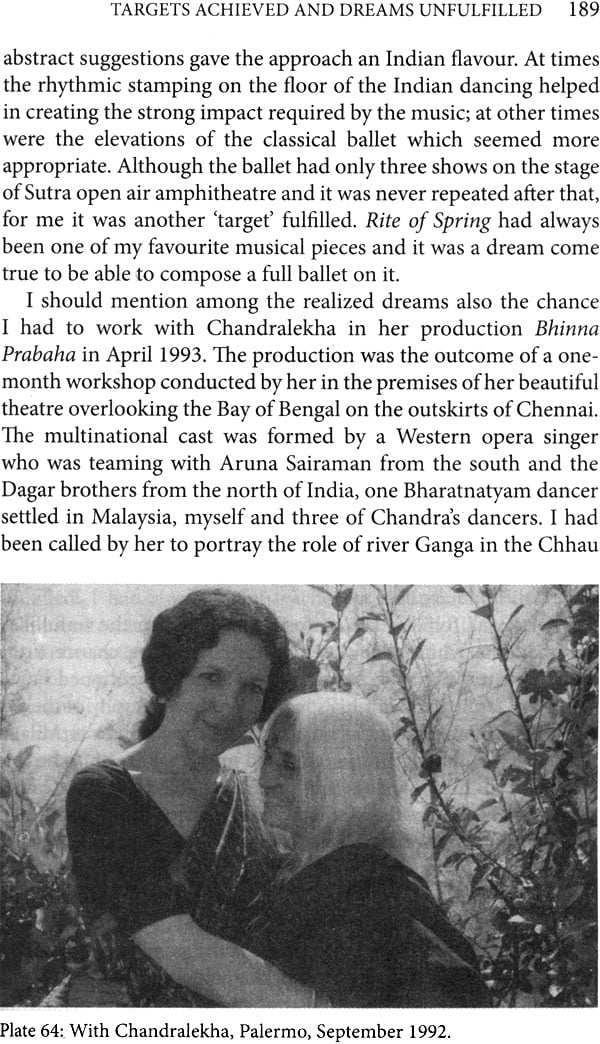 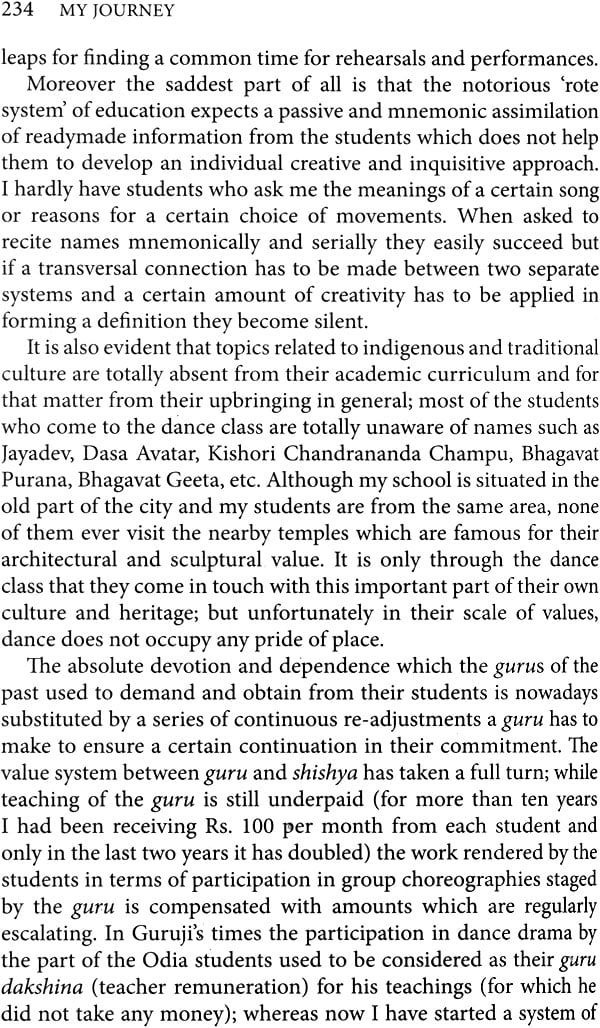 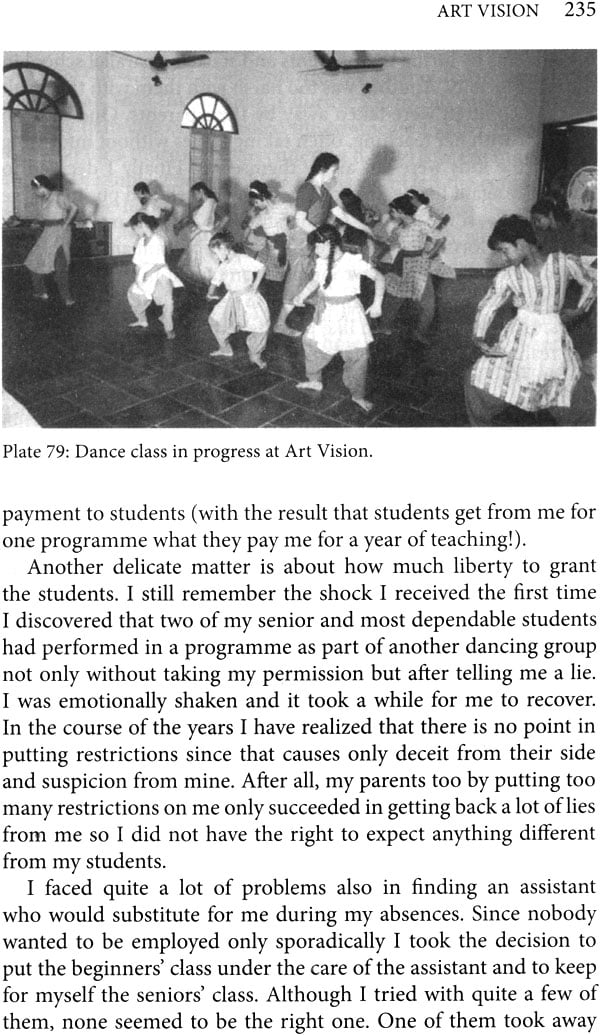 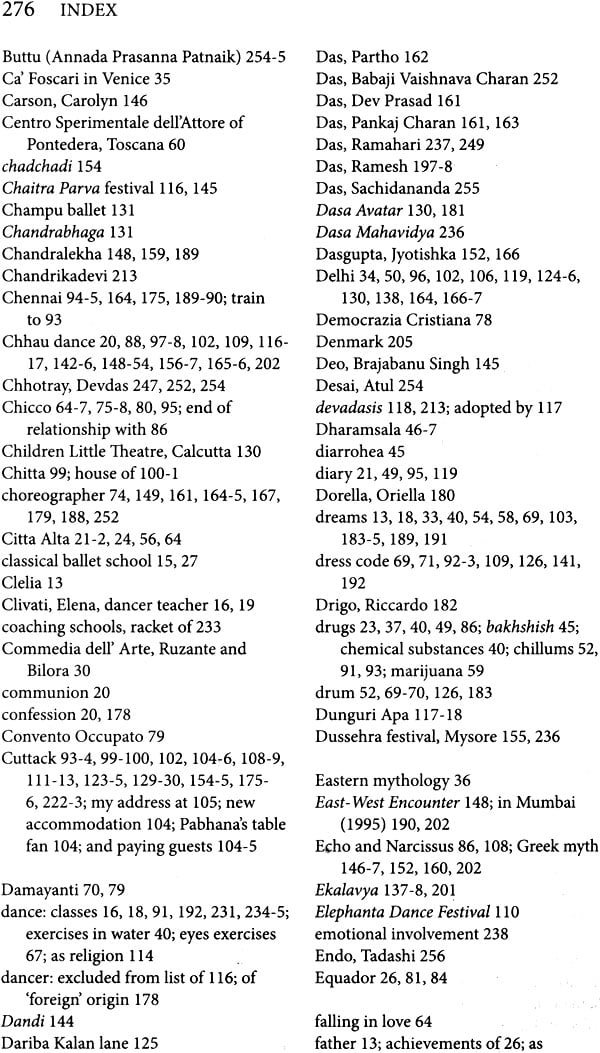 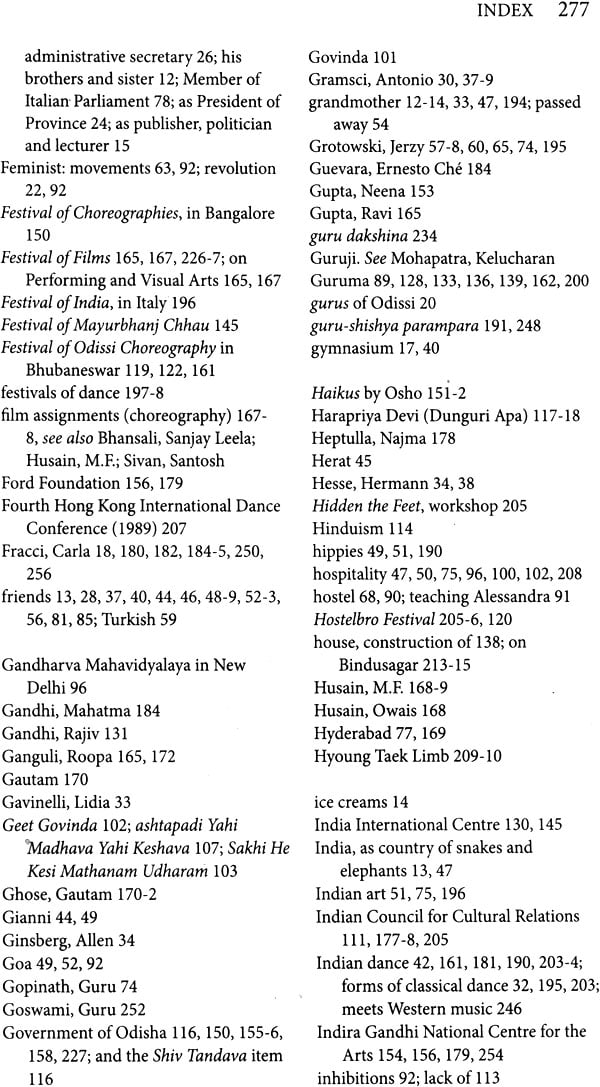 The Making of a Guru: Kelucharan Mohapatra His Life and Times
By Ileana Citaristi
$36.80
FREE Delivery
$46  (20% off)