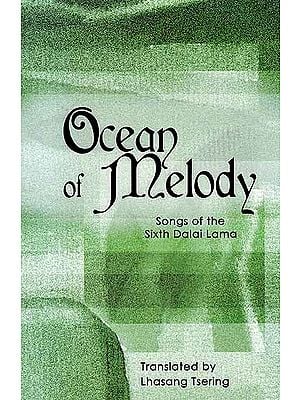 Ocean of Melody – Songs of the Sixth Dalai Lama

$16.50
Quantity
Ships in 1-3 days
Notify me when this item is available

Fully insured
From back of the Book

Finally a translation of the timeless and beautiful songs of the Sixth Dalai Lama which does justice to his poetry.

Lhasang Tsering author of Tomorrow and other Poems, has achieved a translation which maintains the poetry of the original Tibetan without compromising on the meaning in anyway.

His Holiness the Fourteenth Dalai Lama of Tibet is perhaps the most well – known and the most respected spiritual leader in the world today. He is certainly the most well-known Tibetan – Past or present. In fact, it may well be true to say that more people in the world toady know about the Dalai Lama than they know about Tibet or Tibetans. Many who know and care about Tibet and Tibetans do so because they know and respect His Holiness the Dalai Lama.

To a large extent this is due to the growing interest in Buddhism around the world – which has been strengthened by the efforts of many Tibetan lamas and their devotees. But here again the personal charisma of the Dalai Lama – and his untiring efforts and wide travels – have been major contributing factors. This in turn has been strengthened by the prolific writings of the Dalai Lama.

Be that as it may, knowing that the Dalai Lamas are capable of and do assume different manifestations for the benefit of lesser sentient beings – on second thoughts – it should not be a matter of particular surprise or concern that one incarnation turned out to be a ‘libertine’ and a composer of love songs – especially when these songs have been a source of joy and comfort to so many for so long.

More to the point, Tibetans and friends of Tibet who know me, or should I say know the one side of me as a stern former school principal and a former guerrilla with uncompromising political views, could very well wonder what I am doing translating love songs – albeit the love songs of the sixth Dalai Lama.

To cut a long story short, though my contributions are generally not acknowledged, after having helped to develop the school at the Tibetan Children’s Village (T.C.V.) into a proper high school and also having played an instrumental role in establishing the T.C.V. in Ladakh, the T.C.V. School in Lower Dharamshala and the T.C.V. in Bylakuppe, in December 1982, I was asked to leave. At the time I was serving as both principal of the school and also as deputy director to Jetsun Pema.

Being thrown out into the street in that unceremonious and unjust manner should not in itself have been a major problem. A refugee at seven and an orphan before completing high school – I was not exactly a stranger to hardship and homelessness. But by then I was married and my daughter was just eight months old. Fortunately, my wife is a strong and resourceful person. So what could have been my burden and my problem turned out to be my strength and my sustenance. My wife found a job in New Delhi and I was free to do what I wanted.

What I had always wanted to do was to get into direct action inside Tibet and that was what I set out to do. However, before long, His Holiness the Dalai Lama instructed me to rejoin Tibetan Government service. I did my best to avoid this but to no avail.

To cut another long story short, my family and my friends persuaded me by correctly making the point that – because this was the personal wish of His Holiness, I should re-join Tibetan Government service, even if only for a short while, and then leave at an appropriate moment. And so it was that in March 1983, I was back in Tibetan Government service. Since my old office – the Tibetan Office of Research and Analysis – had been closed, I joined the Information Office, what is Today the Department of Information and International Relations.

Perhaps it is simply because I am not cut out for a regular desk job, or at least not a 9 to 5 desk job, I found it hard to handle the free time before and after office hours. My working hours at T.C.V. usually began at 6 am – when I took the older boys for a run – and ended at 9 pm, or even later, after overseeing the evening prayers when I usually gave the older students a pep talk; dealt with any disciplinary matters for the day and made announcements, if any, for the coming days. It should also be mentioned that regular office work started at 8 am and never finished at 5 pm.

It was not merely strange but seriously worrying to me that people who were supposed to be spearheading a life and death struggle for the freedom and survival of an entire nation did not only have spare time but were often involved in petty squabbles for power and position or for pay and perks. As a junior functionary, there was no way I could do anything to change the system. But my disappointment at the state of affairs was so great, I actually suffered a stroke that left me unconscious for more than thirty-six hours and a complete loss of memory for almost four months.

Here, I must hasten to add that these remarks should not be misunderstood to mean that there was widespread corruption within the Tibetan Government-in-Exile. This was certainly not the case. To start with, there just wasn’t and still there isn’t much to be corrupt about. Also, it is a fact that the majority of Tibetan government officials have always been sincere and hardworking. All that I am saying is that within the context of our circumstances – where we are locked in a do-or-die, now-or-never struggle for freedom and survival, there was reason for me to be seriously disappointed at the state of affairs as I witnessed it at the time.

After my recovery, I decided to put to good use the free time before and after office hours to work on a new translation of the songs of the Sixth Dalai Lama. This was partly because I was not happy with the earlier translations and partly as a means to improve my poor knowledge of written Tibetan.

But soon, among other things, I got involved with activities of the Tibetan Youth Congress and was elected president of the Dharamshala chapter later that year (1983). Also, in the Information Office itself, I initiated the Narthang Publications Project. It was through this project that I helped to develop a new type font; planned for the future computerization of Tibetan, and intending to design a proper, frequency-based keyboard- conducted a frequency study of the Tibetan language. The office block for the Department of Information and international Relations came up as a result of my Narthang Publications Project.

However, before I could complete the Narthang Publications Project, in 1986 I was elected President of the Tibetan Youth Congress and re-elected in 1989. Through those busy years with the Tibetan Youth Congress and also during my years as a full time volunteer at the Amnye Machen Institute (1992-1999) as one of four founding directors, there just wasn’t any free time. At the end of 1999, I was asked to resign from the Amnye Machen Institute. This was good for me. For one, because I was doing full time voluntary work at the Institute, the Bookworm – the only source of income for my family – had begun to suffer. Today my situation has improved. I even have a house and I call it Exile House. However, although it is a proper mailing address, if you come to McLeod Ganj you will not see a signboard saying ‘Exile House’. This is because I had to borrow heavily to build my house and I am still so deeply in dept that I feel the house does not yet belong to me. I am now trying hard to sell Exile House. This is because – let alone paying back the principal – I am finding it difficult to handle the interest on my huge loans. The reason why I got into this situation is yet another story better left for another day.

Finally, it is because I do not have any regular job or responsibility today that I am able to complete what I had started all those many years ago – the translation of the Songs of the Sixth Dalai Lama. As a matter of fact, the translation of the songs had been ready for the past twenty years or so. In 1988, Mr Roger Hicks – the photographer and writer who co – authored Great Ocean: The Authorised Biography of His Holiness The Dalai Lama used my translations of song Nos. 3, 17 and 19 in his book Hidden Tibet as evidence that the Sixth Dalai Lama was, as he put it, a self – avowed lover of wine and women’. I had waited all these years hoping to get help from a good scholar to do a proper historical introduction to the text and, most of all, to the life of the Sixth Dalai Lama. Unable to get such help, I have now had to write these myself. I hope they are adequate for the needs of the general reader.

If somebody, somewhere, now or in the future, should derive some joy from any one of these songs I shall consider my efforts fully rewarded. 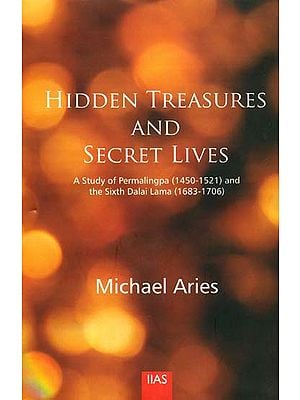 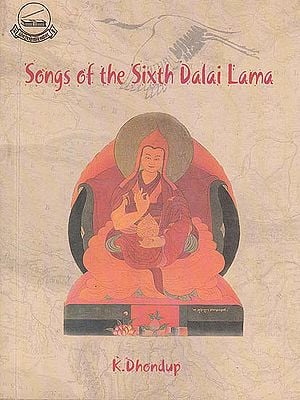 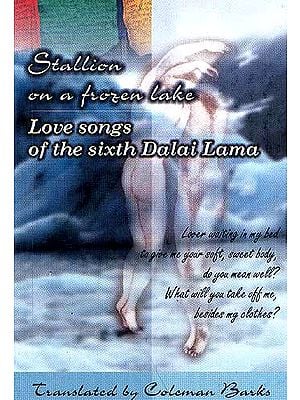 Stallion on a Frozen Lake: Love Songs of the Sixth Dalai Lama
By Translated by Coleman Barks
$12 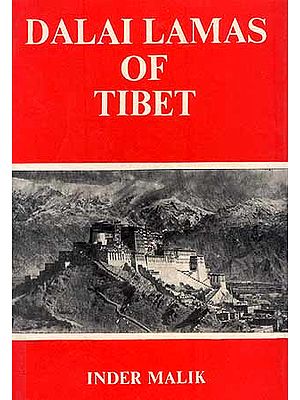 Becoming Buddha: Wisdom Culture for a Meaningful Life (Teachings of the Venerable Lamas)
By Renuka Singh
$24.80
FREE Delivery
$31  (20% off) 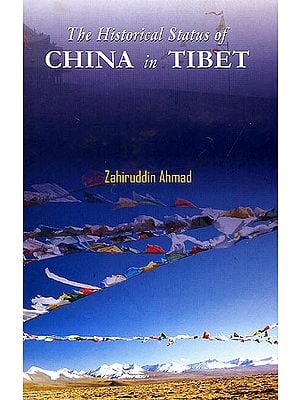 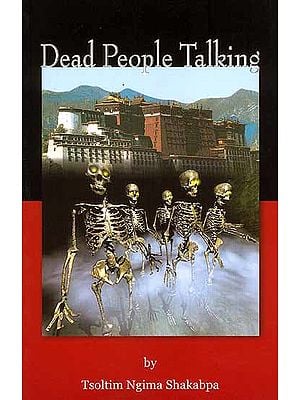 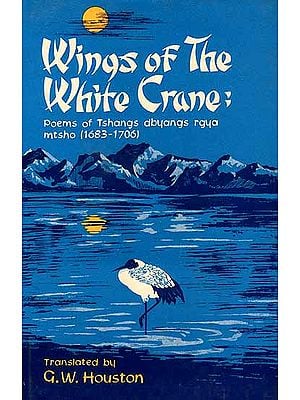 The Arrow and the Spindle Studies in History, Myths, Rituals and Beliefs in Tibet
By Samten G. Karmay
$41.60
FREE Delivery
$52  (20% off)

Stallion on a Frozen Lake: Love Songs of the Sixth Dalai Lama
By Translated by Coleman Barks
$12

Becoming Buddha: Wisdom Culture for a Meaningful Life (Teachings of the Venerable Lamas)
By Renuka Singh
$24.80
FREE Delivery
$31  (20% off)