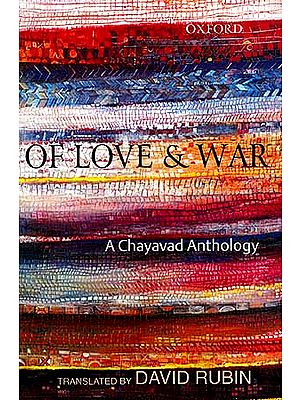 Of Love and War: A Chayavad Anthology

The period in modern Hindi literature known as 'Chayavad' marked the first blossoming of poetry in the language which, for its originality, depth, and technical resourcefulness, still remains unsurpassed. This anthology provides a sampling of the works of four major poets of this revival - Jayshankar Prasad, Suryakant Tripathi 'Nirala', Sumitranandan Pant, and Mahadevi Varma.

Like the Romantic age in the West, Chayavad was marked with elements of symbolism and mysticism. Upanishadic teachings, the English Romantic poets, the French Symbolists, Rabindranath Tagore, Sanskrit aesthetics - all influenced tis genre. In Chayavad poetry, modern Hindi attained an incontestable brilliance and elegance of expression.

Chayavad poets are known outside India by the few available translations of their elegant, yet often baffling, short lyrics. This unique volume brings together translations of a few significant long poems - Prasad's Amsu (a poem of philosophical import) and Nirala's Ram ki Shakti-Puja (a short epic on the theme of war). Also included is a selection of the more typical short lyrics by all four poets, many of them previously untranslated.

Prasad (1889-1937) was the first of the Chayavad poets to attain fame. He gave a new direction to Hindi poetry and freed it from the traditions and conventions considered sacrosanct. His works include novels, essays, short stories, and dramas.

Nirala's (1899-1961) oeuvre includes novels, short stories, essays, and of course, poetry. He experimented boldly with free verse and innovative re-creations of epic subjects and devotional themes. His novels and stories were satirical attacks on the hypocrisy of and oppression by the upper castes.

Pant (1902-87) is best known for his romantic poetry celebrating love and nature. His works reflect his concern for the social conditions of his time, for the downtrodden, and for the poor.

Mahadevi Varma (1902-87) is a major figure in the renaissance of Hindi literature and is considered its finest woman poet. Unlike her contemporary Chayavad poets, her work is almost completely removed from everyday life. She created a series of highly refined, complex, though often obscure, lyrics.

David Rubin has been Visiting Professor at Columbia University. A widely published writer, his works include fiction and translations of Hindi prose and poetry.