Perso-Arabic Hybrids in Hindi (THE SOCIO-LINGUISTIC AND STRUCTURAL ANALYSIS) 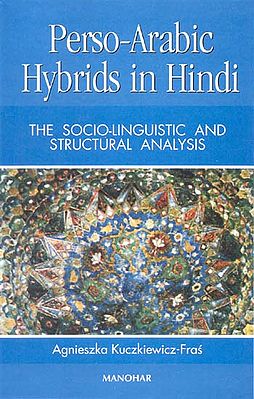 $31.00
Notify me when this item is available
Save to Wishlist Send as E-card Share by Email
About the Book:

From the very beginning of its existence Hindi has been subjected to foreign influences. Close contact with Persian brought to India by Muslim invaders, lasting for several centuries, has borne fruit in the form of an enormous quantity of borrowings of different types. It has also reached the most advanced stage in the whole process of enriching one language by the elements of the other - the phenomenon of hybridisation, creating words of mixed Peros-Hindi etymology, has appeared.

Though hybrid words exist probably in every language, in Hindi their role is particular. They demonstrate its extraordinary ability for syncretising new, alien components without much harm to itself.

The main aim of this book is to show the scale of hybrid Perso-Arabic word - formation in Hindi and to discuss the factors that have been influenced this hybridisation. The features and linguistic processes crucial to it have also been pointed out.

Agnieszka Kuczkiewicz-Fras studied Indian Philology in Poland and did her M.A. and Ph.D. in Hindi linguistics from the Jagiellonian University, Krakow, Poland, where she presently teaches Hindi, Urdu and Indian History. She has published several articles on Hindi-Urdu linguistics and on the problems of translation from Indian literature.

Click Here For More Books on the Hindi Language