The Position of Women in Ancient Indian Buddhism (A Historical Analysis)

$43.00
Notify me when this item is available
Save to Wishlist Send as E-card Share by Email
About The Book

The present book deals with the status of women in Indian society from ancient days till the decline and revival of the Bhikkuni Samgha in and after the Buddhist period. It throws light on the importance of the position of women in various fields like family life, social life and work situation. It explores this issue from the Theravada Buddhist perspective using the Scriptures as well as recent work by Western scholars conceding that there are deep seated patriarchal and even misogynistic elements reflected in the ambivalence towards women in the Pali Canon and bias in the socio-cultural and institutionalized practices that persist to date in the Theravada Buddhist countries. However, Buddha’s acceptance of a female monastic order and above all his unequivocal affirmation of their equality in intellectual and spiritual abilities in achieving the highest goals clearly establish a positive stance. In this book, the author has explored the issues concerning women’s religious lives and experiences of Pre-Buddhist and Buddhist period. What were their powers, what kinds of power were available to them and how were these controlled and diminished? The argument is developed further to show how women manipulate and direct male authority in their own interests, while supporting and subordinating themselves to the overall system of male authority.

Dr. Kavita Chauhan hails from the land of the Buddha, which is the true inheritor of the Buddha’s message of world peace and tranquility. She has spent her childhood in the vicinity of Gaya and Bodh Gaya. Moreover, by virtue of fortuitous conjunction, her family has been actively engaged in the vocation of teaching, which has overtly or covertly shaped up her inclination towards teaching profession. Before coming into this profession, she has completed her early education from one of the prestigious school named Nazareth Academy, Gaya from where she has completed her matriculation. She has opted to pursue her Graduation in History [Honours] from Gaya College, Gaya. After completing her graduation, she has shifted to University of Delhi to pursue her higher education and enrolled herself in MA course in the Department of Buddhist Studies.

She has completed her higher degrees viz., MA, M. Phil and Phd from Department of Buddhist Studies University. Her dissertation work in M. Phil has been focussed on Dissent Within the Buddist Samgha through a survey of primary and secondary sources. Her research work has been an attempt to make an in-depth study of position and status of women in early Buddhism based on Pali Tripitaka entitled "A Historical Analysis of the Position of Women in Ancient Indian Buddhism [Based on Pali Pitaka Literature and up to 6th Century B.C.)".

She has been presenting her research papers from time to time on numerous occasions at conferences or seminars of national repute on Buddhism and history related themes. She has a very good academic profile throughout her academic career. She has been keenly desirous of undertaking a journey into the teaching profession which would enhance her understanding of the history of Buddhism and aid her in attaining high degree of contentment and creativity.

Currently, she has been working at the Savitri Bai Phule Balika Inter-College, Greater Noida in the capacity of Guest Lecturer, History since August 2013 till date. Earlier, she has worked as Project Fellow under DSA program of UGC in the Department of Buddhist Studies, University of Delhi from December 2009 to March 2012.

The position of women in Ancient India history has been subject to many great changes over the past few millennia. From equal status with men in ancient times through the low points of the medieval period, to the promotion of equal rights by many reformers, the history of women in India has been eventful. In modern India, women have adorned high offices in India including that of the President, Prime Minister, Speaker of the Lok Sabha, Leader of the Opposition etc., There are very few texts specifically dealing with the role of women, an important exception is the stridharmapaddhati of Tryambakayajvan, an official at Thanjavur around c.1730. The text compiles strictures on womanly behaviour dating back to the Apastamba sutra (c.4th BCE). The opening verse goes: "women are enjoined to be of service to their husbands", where it covers a range of meanings from the devotee’s homage to God, or the obsequious service of a slave. Scholars believe that in ancient India, the women enjoyed equal status with men in all fields of life. However, some others hold contrasting views. Works by ancient Indian grammarians such as Patanjali and Katyayana suggest that women were educated in the early Vedic period Rg Vedic verses suggest that the women married at a mature age and are probably free to select their husband. Scriptures such as the Rg Veda and the Upanisads mention several women sages and seers, notably Gargi and Maitreyi.

Some kingdoms in the ancient India had traditions such as nagarvadhu ["bride of the city"]. Women competed to win the coveted title of the nagarvadhu. Amrapali is its most famous example. According to studies, women enjoyed equal status and rights during the early Vedic period. However, later (approximately 500 BCE), the status of women began to decline with the Smrtis (esp Manusmrti), and with the Islamic invasion of Babur and the Mughal empire and later Christianity curtailing women’s freedom and rights. Although, reformatory movements such as Jainism allowed women to be admitted to the religious order, by and large, the women in India faced confinement and restrictions. The practice of child marriages is believed to have started from around sixth century.

Their Indian woman’s position in the society deteriorated during the medieval period when Sati among some communities in India. The Muslim conquest of Indian subcontinent brought the purdah practice in the Indian society. Among the Rajputs of Rajasthan, the Jauhar was practiced. In some parts of India, the Devadasis or the temple women were sexually exploited. Polygamy was widely practised especially among Hindu Ksatriya rulers. In many Muslim families, women were restricted to Zanana areas. In spite of these conditions, some women excelled in the fields of politics, literature, education and religion. Razia Sultana became the only woman monarch to have ever ruled Delhi. The Gond Queen Durgavati ruled for fifteen years, before she lost her life in a battle with Mughal emperor Akbar’s general Asaf Khan in 1564. Chand Bibi defended Ahmadnagar Sultanate against the mighty Mughal throne. The Mughal princesses Jahanara and Zebunnisa were well-known poets, and also influenced the ruling administraton Sivaji’s mother Jija Bai was deputed as queen regent, because of her ability as a warrior and an administrator. In South India, many women administered villages, towns, divisions and heralded social and religious institutions.

The Bhakti movements tried to restore women’s status and questioned some of the forms of oppression. Mirabai, a female saint-poet, was one of the most important Bhakti movement figures. Some other female saint-poets from this period include Akka Mahadevi, Rama Jamaal and Lal Ded. Bhakti sects within Hinduism such as the Mahanubhav, Varkari and many others were principle movements within the Hindu fold to openly advocate social justice and equality between men and women. Shortly after the Bhakti movement, Guru Nanak, the first Guru of Sikhs also preached the message of equality between men and women. He advocated that women are allowed to lead religious assemblies, to perform and lead congregational hymn singing called Bhajan or Kirtan; become members of religious management committees; to lead armies in the battlefield; have equality in marriage and that in licking of Amrt [Baptism]. Other Sikh Gurus also preached against the discrimination against women. 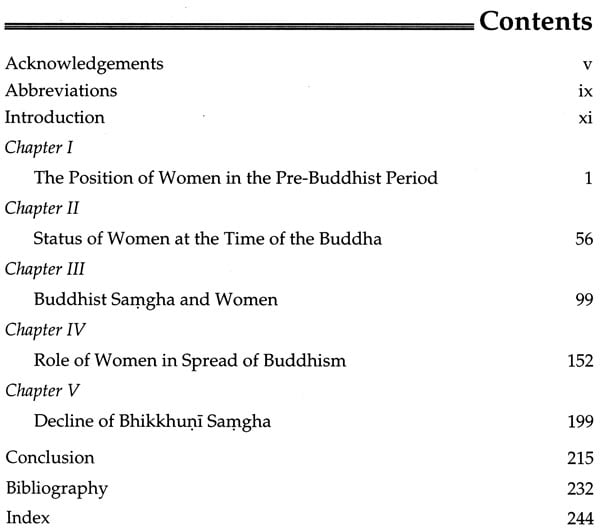 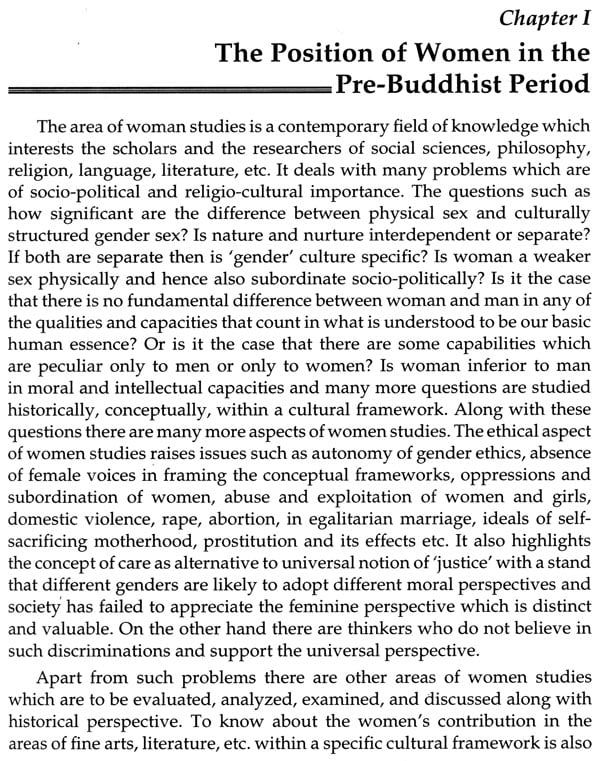 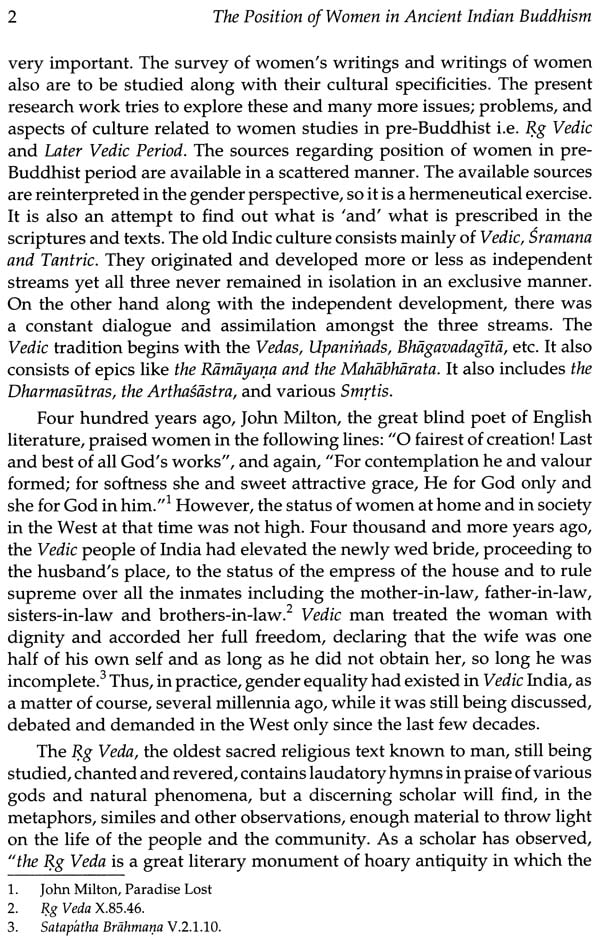 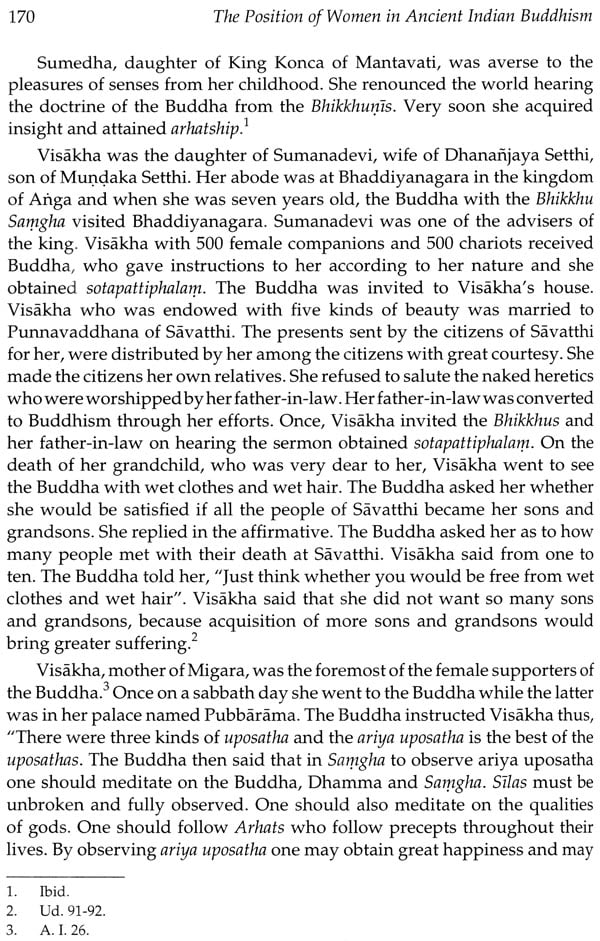 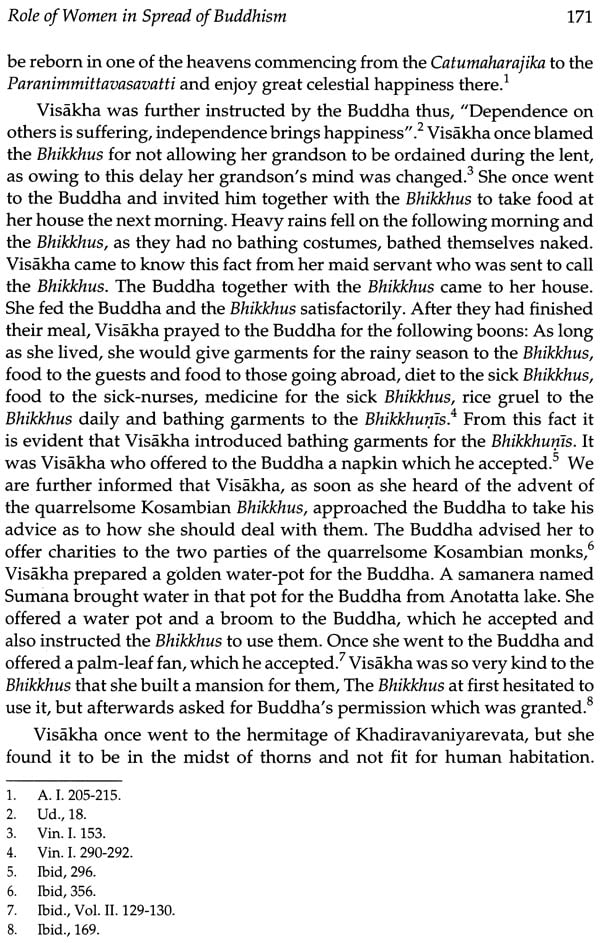 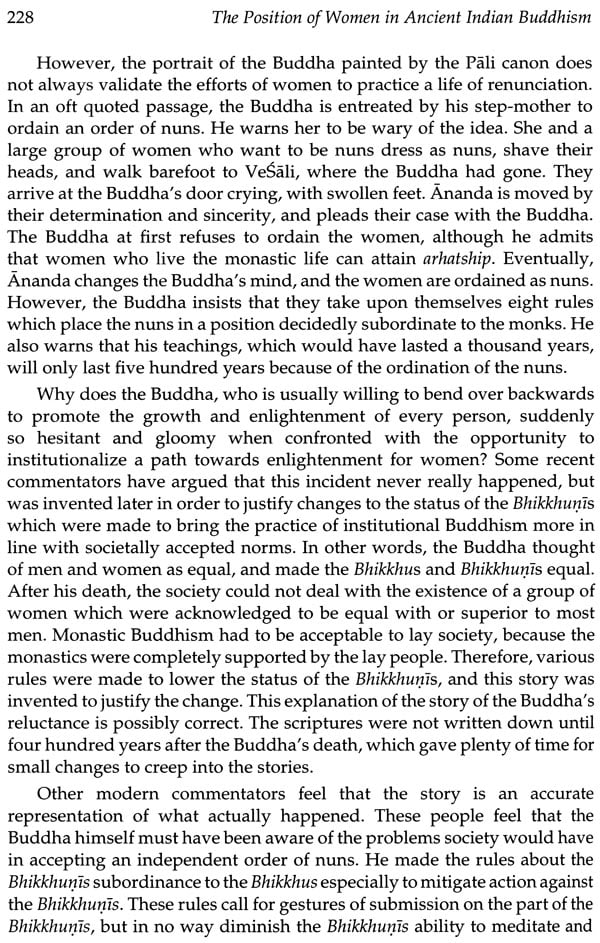 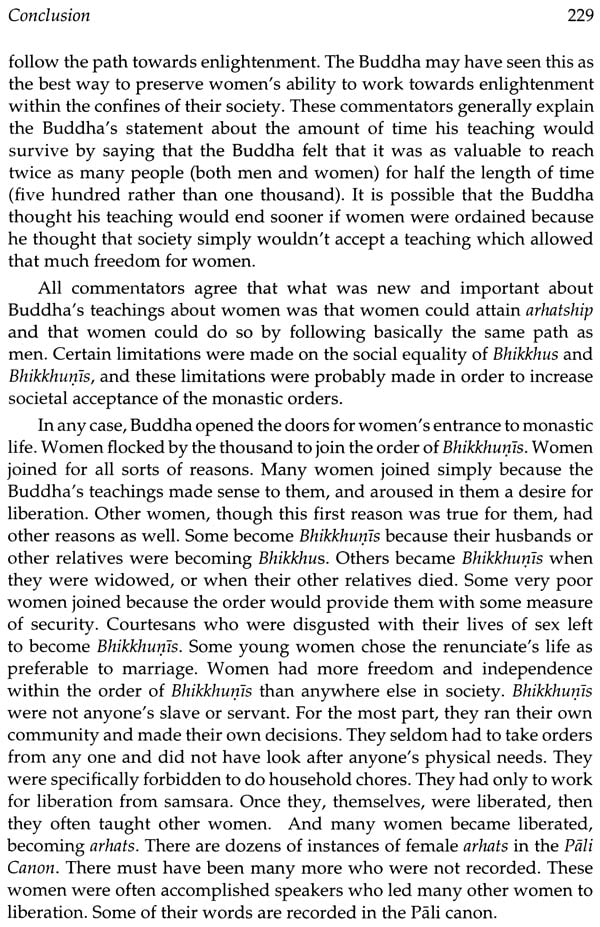 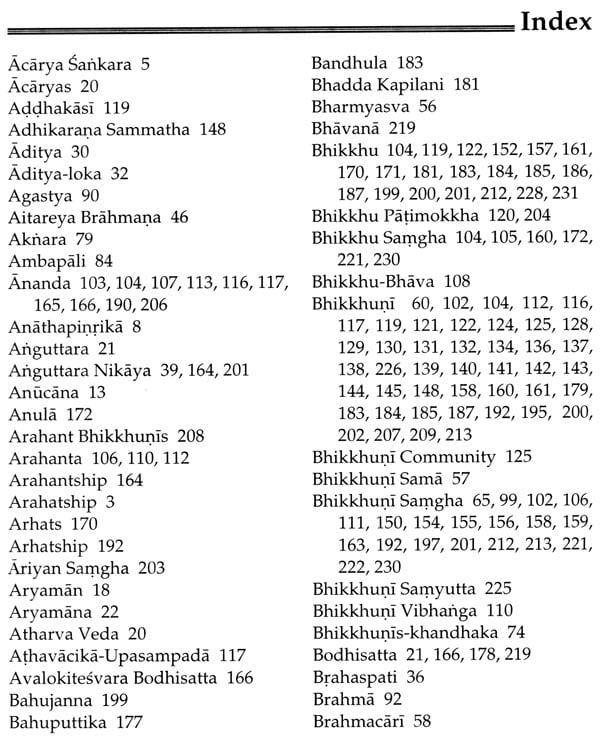 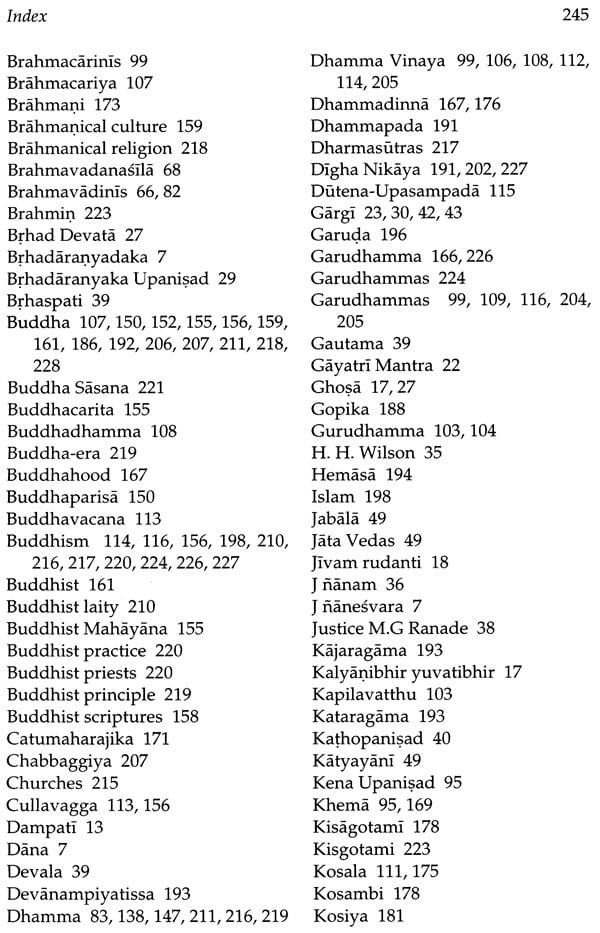