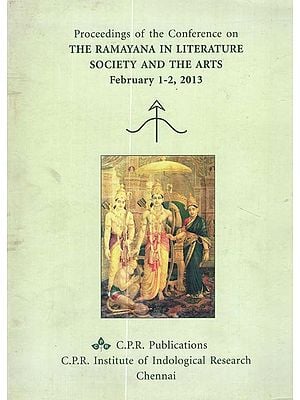 Proceedings of the Conference On- The Ramayana in Literature Society and The Arts (February 1-2, 2013)

The Ramayana is a great epic which knows no boundaries of religion or nation. It has taught the values of life and behaviour to men and women over centuries, across India and South-East Asia. There is no finer example in the world of a multi-religious, international culture than the Ramayana. Scores of generations of adults and children have watched performances and listened to narrations of the great epic over 2,000 years, to learn the importance of an ethical life. This has been the cornerstone of the life of India and South-East Asia. Many kings in these countries have taken the name of Rama, cities and islands have been named after persons and places in the epic and symbols of Vishnu (whose incarnation is Rama) have been royal emblems across the region.

The story of the Ramayana is enacted more often than any other story of the world. It is performed by Hindus, Buddhists and Muslims. It is the most important cultural tradition of Thailand, Cambodia, Indonesia, Laos, Myanmar, Nepal and India. It has also been widely prevalent in Singapore, Malaysia and Vietnam. The Ramayana is the great bond of culture which unites India and the countries of South East Asia.

In February 2013, the C.P. Ramaswamy Aiyar Foundation organized a RAMAYANA FESTIVAL to celebrate the role of the great epic in the culture of India and South-East Asia. The Ramayana Festival included

❖ A two-day Conference on the RAMAYANA IN LITERATURE, SOCIETY AND THE ARTS;

❖ An Exhibition on the RAMAYANA IN PAINTING, SCULPTURE, POPULAR ARTS AND CRAFTS AND BOOKS, organized by C.P. ART CENTRE

❖ FLORA AND FAUNA OF THE RAMAYANA, an exhibition organized by C.P.R. Environmental Education Centre from February 1 to 24;

❖ A concert of Ramayana songs in Carnatic Music by Dr. Sumathi Krishnan on February 1;

❖A Harikatha on Arunachala Kaviraya's Ramanatakam by Dr. Prameela Gurumurthy and party on February 23, which concluded the Festival.

This tome is a publication of the papers presented at the Conference on the RAMAYANA IN LITERATURE, SOCIETY AND THE ARTS. The high standard of all the papers presented was made-- possible by the high calibre of the scholars who participated. Each one is unique and presents a new aspect. The island of Lanka, once ruled by Ravana, was not forgotten, and Sri Lankan scholars also attended the conference, to present the history and archaeology of the kingdom of this ancient ruler. The subjects were many: classical literature, popular tradition, art and archaeology, including the archaeology of Ayodhya and, most importantly, what the Ramayana has meant in society.

The answer was given at the commencement of the Conference by His Holiness Swami Dayananda Saraswathi. The Ramayana is a book about Dharma, the Law of Righteousness: the Dharma of a son, father, wife, brother and so on. Some actions may be strange and even unacceptable in the twenty first century, but this is ultimately Dharma. Those who follow Dharma are heroes; those who do not are demons and villains.

Rama never rejected Sita in either Narada's or Valmiki's Ramayana, nor did she reject him and go back to Mother Earth. It was the fertile imagination of a later writer who decided to interpolate the Uttara khanda - the distinctive language and style are certainly not that of Valmiki, the Adi kavi. It is sad that this falsehood has built up over the years.

Similarly, Ayodhya has always been revered the birthplace of Rama. Even the Tamil Alwars celebrated it as one of the divya desams of Lord Vishnu. And every child is taught on his/her grandmother's lap that the setu (bridge) was built by Rama, aided by the Vanaras, and even the little squirrel. Did Rama exist? Undoubtedly yes, in my opinion.

To doubt the existence of Rama is to doubt all literature. There is no archaeological or epigraphic evidence for either Jesus Christ or Prophet Mohammed, who are known only from the Bible and Koran respectively. Does it mean they did not exist? If Rama performs miracles such as liberating Ahalya, the Biblical story of Jesus walking on water or the Koranic tale of Mohammed flying to heaven on a horse are equally miraculous. Such stories reinforce divinity, not fact. Western scholars called the epic a myth, and Indian "Scholars" have accepted their verdict unflinchingly.

The Ramayana starts with Valmiki asking Narada who was the greatest man who ever lived. Narada narrates the story of Rama, king of Ayodhya, in a few terse, factual lines. Valmiki then goes on to elaborate the story in poetry, creating the Ramayana. Creativity distinguishes the epic from Narada's news report. Rama is not a god in the epic. But we have contemporary examples of people deified in their lifetime, such as the Shirdi and Sathya Sai Babas, who need a Valmiki or Vyasa to immortalise them.

The Ramayana is geographically very correct. Every site on Rama's route is still identifiable and has continuing traditions or temples to commemorate Rama's visit. Around 1000 BCE, no writer had the means to travel around the country inventing a story, fitting it into local folklore and building temples for greater credibility.

In 1975 the Archaeological Survey of India (ASI) unearthed fourteen pillar bases of kasauti stone with Hindu motifs beneath the mosque at Ayodhya; reports of the excavations are available with the ASI. Rama was born in Ayodhya and married in Mithila, now in Nepal. Not far from Mithila is Sitamarhi, where Sita was found in a furrow, still revered as the Janaki kund constructed by her father Janaka. Rama and Sita left Mithila for Ayodhya via Lumbini. In 249 BCE, Ashoka erected a pillar in Lumbini with an inscription referring to the visits by both Rama and Buddha to Lumbini. Ashoka was much nearer in time to Rama and would be well aware of his facts.

Rama, Lakshmana and Sita left Ayodhya and went to Sringaverapura - modern Sringverpur in Uttar Pradesh - where they crossed the River Ganga. They lived on Chitrakoot hill where Bharata and Shatrughna met them and the brothers performed the last rites for their father. Thereafter, the three wandered through Dandakaranya in Central India, described as a land of Rakshasas, obviously tribes inimical to the brothers' habitation of their land. Tribals are still found in these forests. The trio reached Nasik, on the River Godavari, which throbs with sites and events of Rama's sojourn, such as Tapovan where they lived, Ramkund where Rama and Sita used to bathe, Lakshmankund, Lakshmana's bathing area, and several caves in the area associated with their lives in the forest.

Rama then moved to Panchavati, where Ravana abducted Sita. The dying Jatayu told them of the abduction, so they left in search of Sita. Sabari probably lived in a a nearby hermitage. The descendants of this tribal woman are the Sabaras or Saoras, mentioned by Megasthenes and now occupying the Orissa-Madhya Pradesh region. 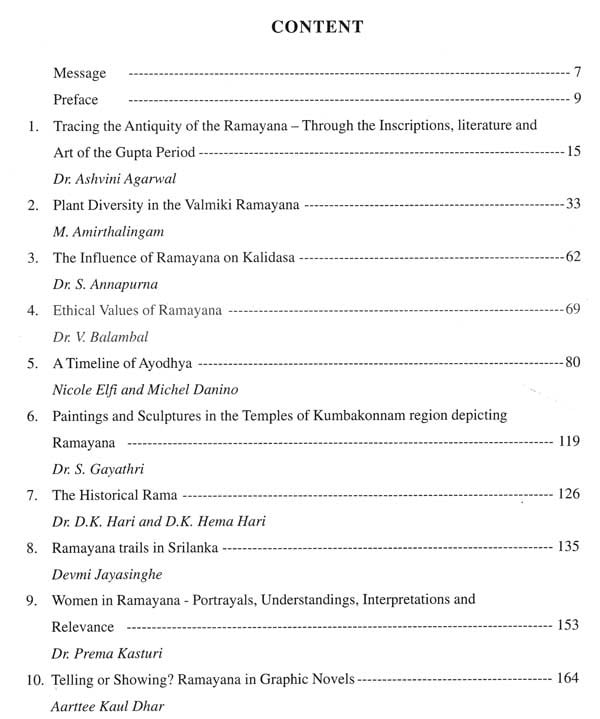 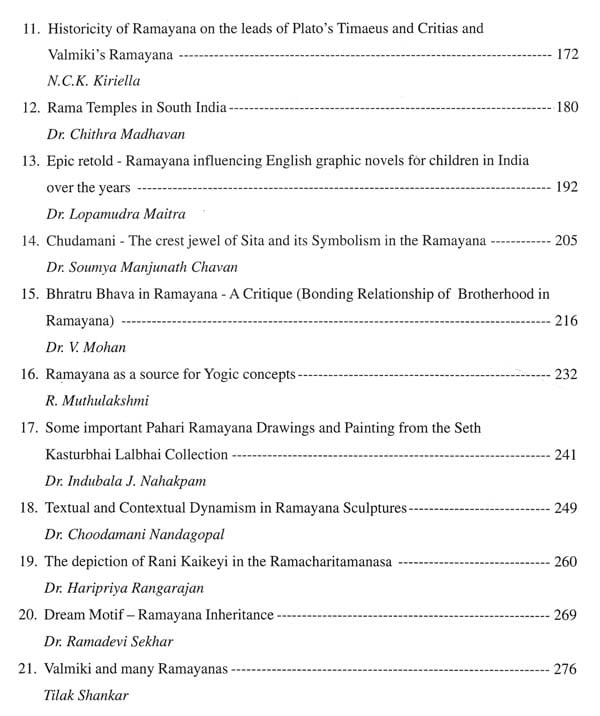 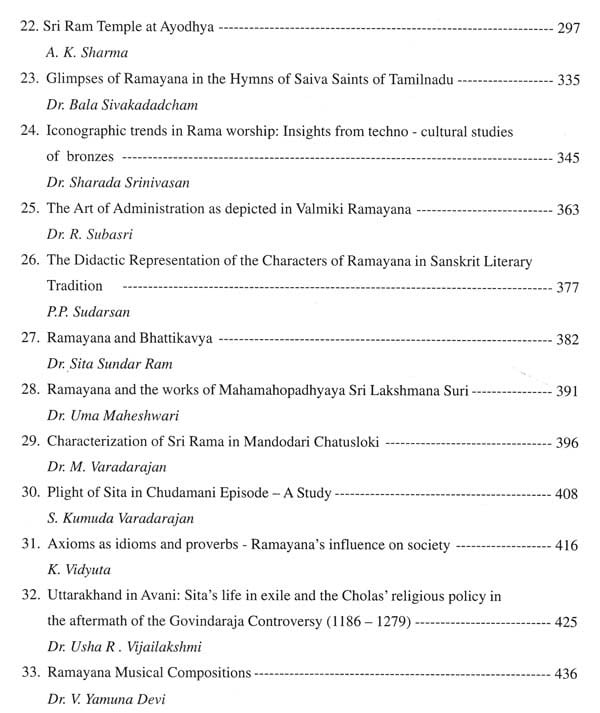 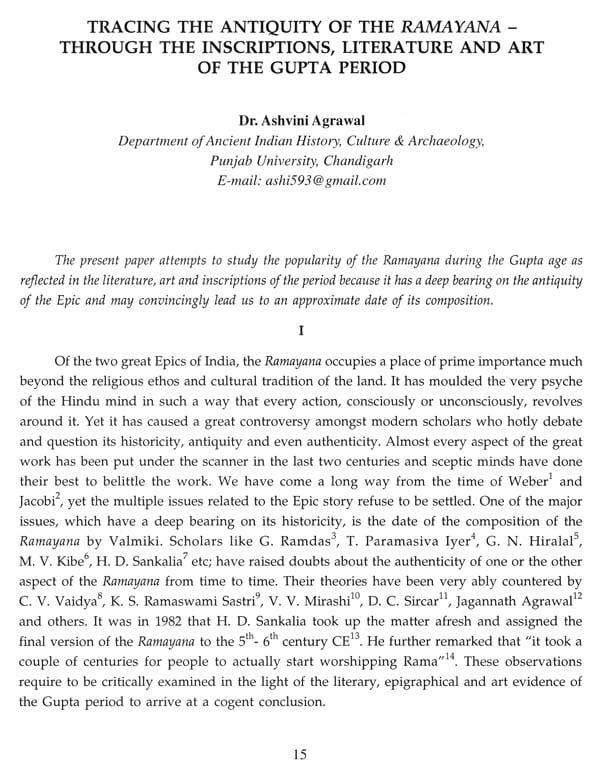 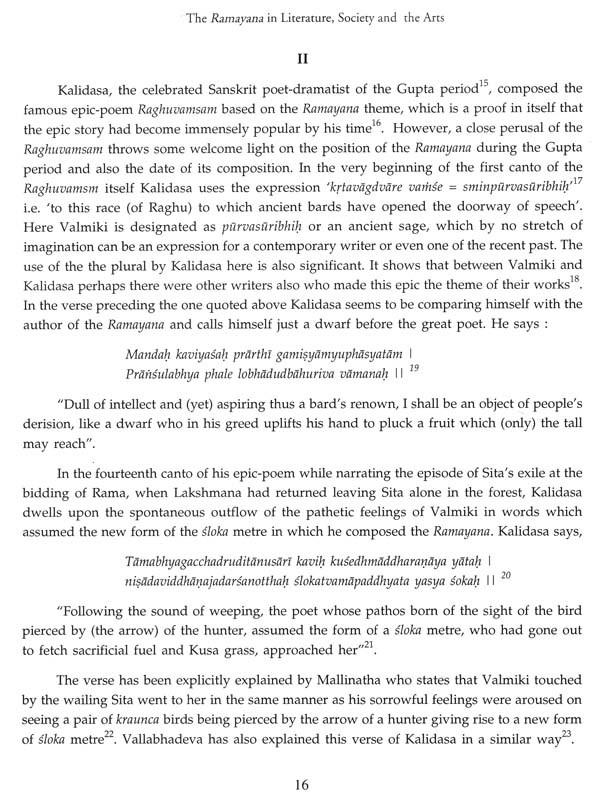 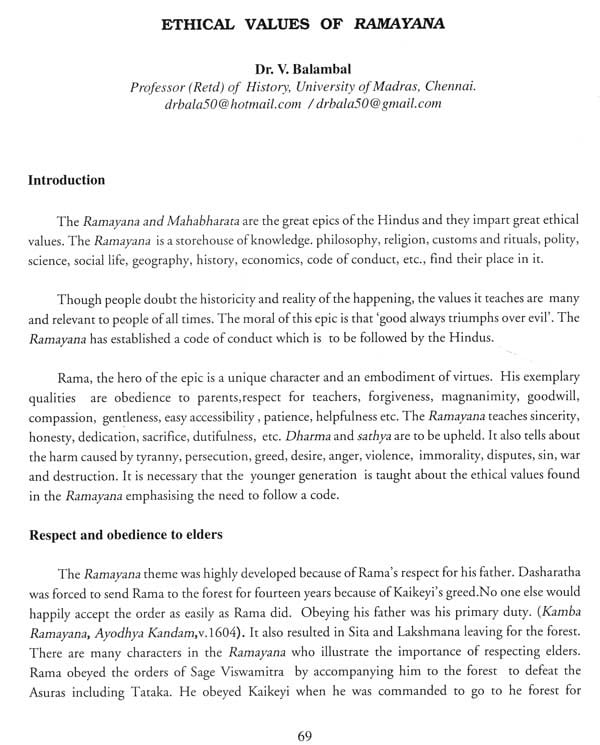 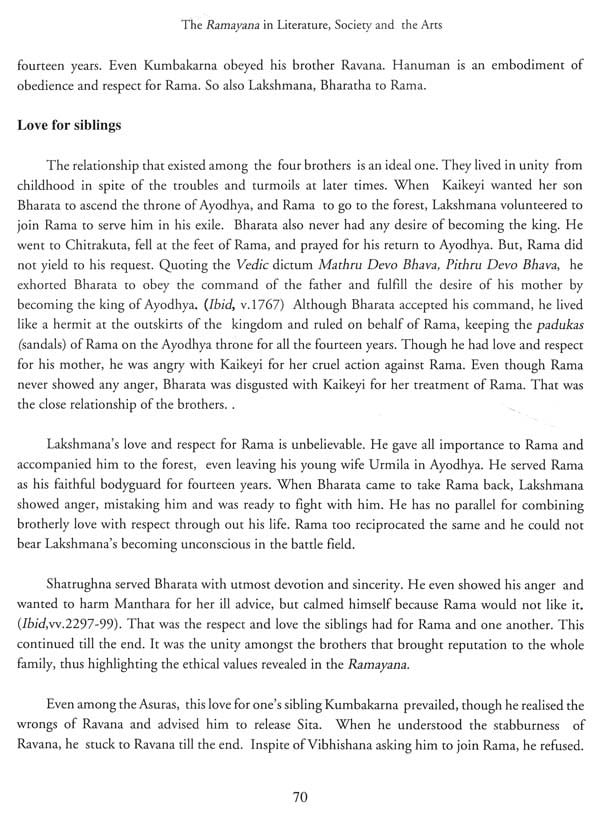 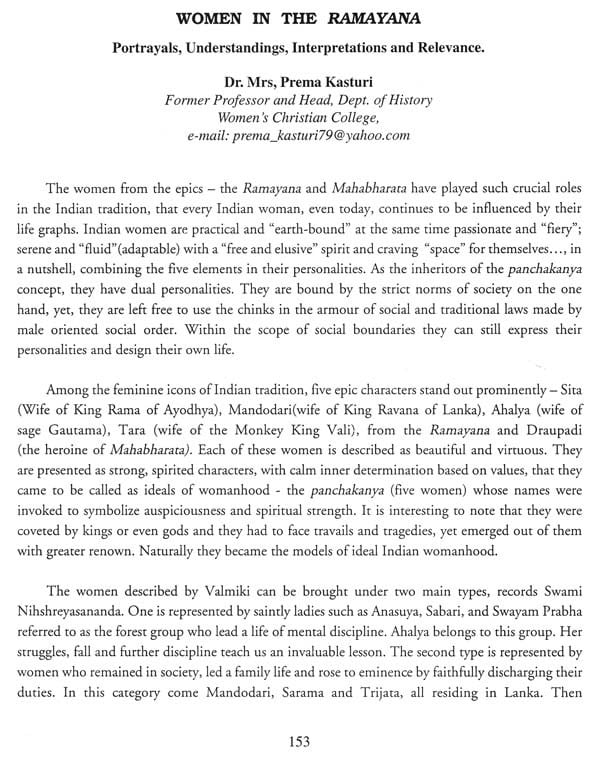 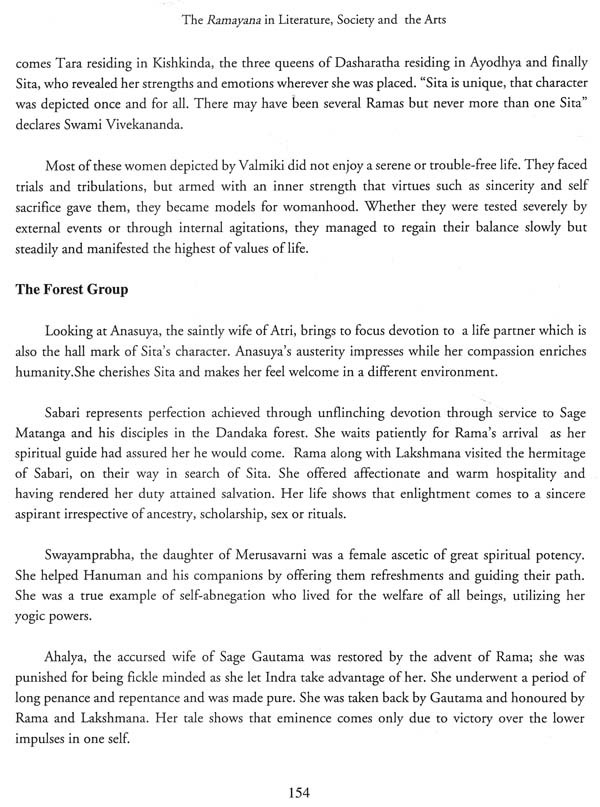 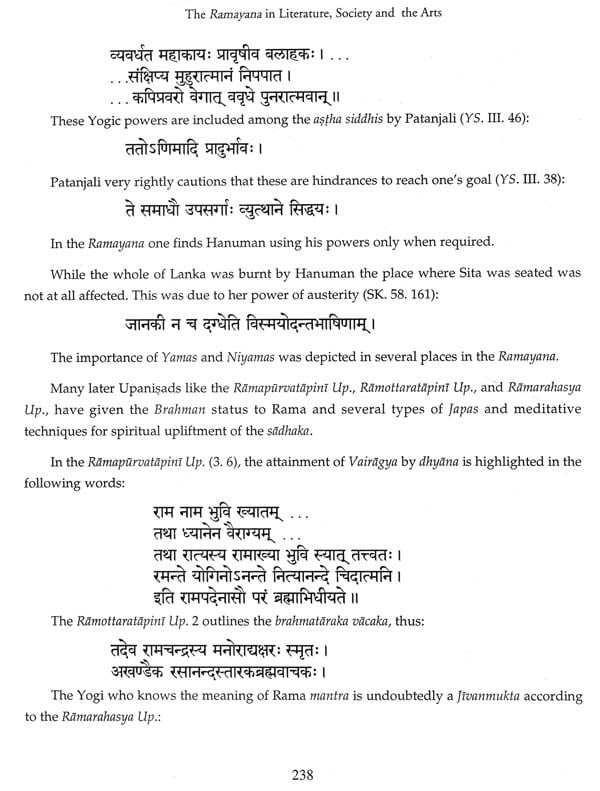 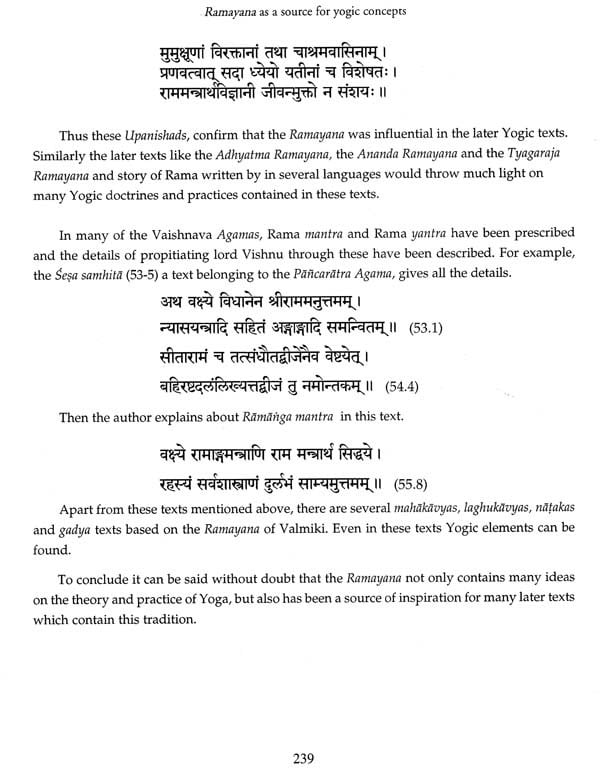 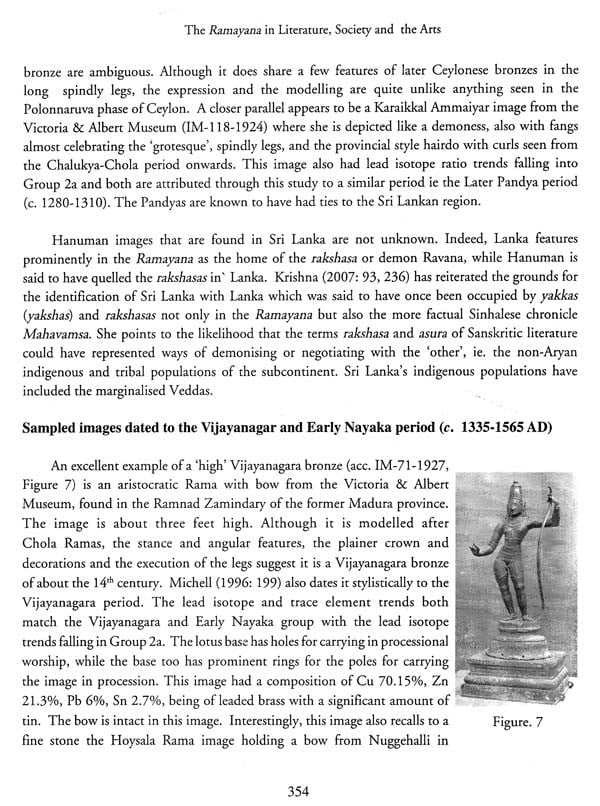 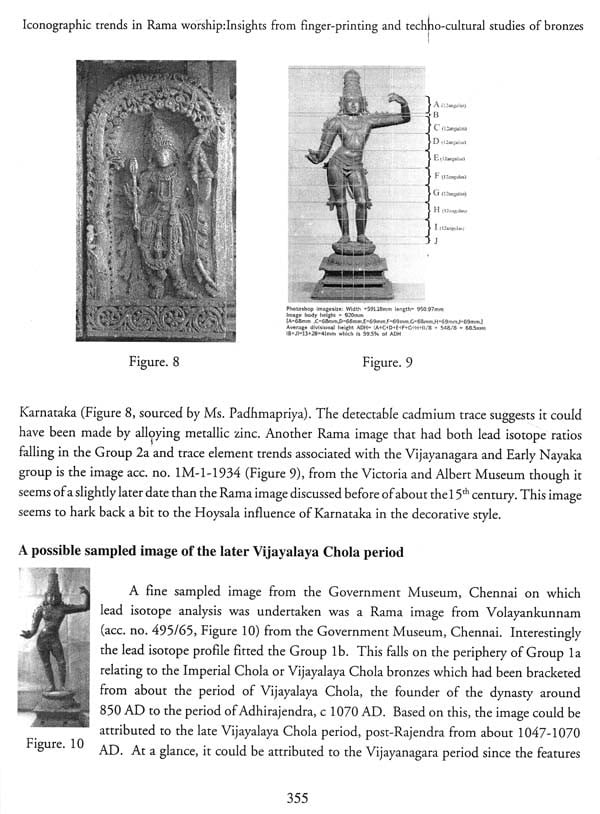