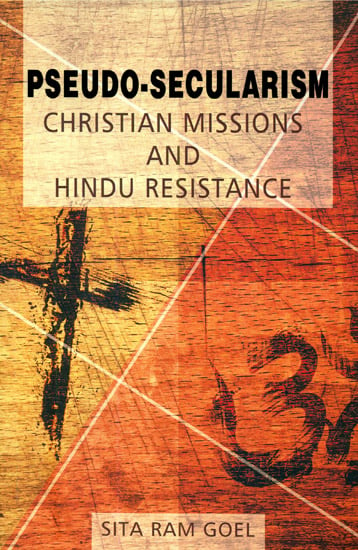 The Constitution of independent India adopted in January 1950 made things quite smooth for the Christian mission. They surged forward with renewed vigour. Nationlist resistance to what had been viewed as an imperialist incubus during the Struggle for Freedom from British rule, broke down when the very leaders who had frowned upon it started speaking in its favour. Voices which still remained 'recalcitrant' were sought to be silenced being branded as those of 'Hindu Communalism'. Nehruvian Secularism had stolen a march under the smoke-screen of Mahatma Gandhi's sarva-dharma-sambhava.

The Christain missionary orchestra in India after independence has continued to rise from one crescendo to another with the applause of the Nehruvian establishment manned by a brood of self-alienated spawned missionary-macaulayite education. The only rift in the lute has been K.M. Panikkar's Asia and Western Dominance published in 1953, the Report of the Christia Missionary Activities Committee Madhya Pradesh published in 1956, Om Prakash Tyagi's Bill on Freedom of Religion introduced in the Lok Sabha in 1978, Arun Shourie's Missionaries in india published in 1994 and the Maharashtra Freedom of Religion Bill introduced in the Maharastra Legislative Assembly by Mangal Prabhat Lodha, M.L.A., on 20 December 1996. The two books, the Report, and the two Bills have been summarized in this book.

I felt small and confessed that although I had seen the full Report soon after it was published, I had not read it even cursorily. His face fell. I had disappointed him. He brightened only when I told him the story of how I had missed reading the full Report till that time, and promised to read it as soon as I could lay my hands on it From a Government shop or some library. He told me that it was no more available in the Government shops because Christian missionaries had bought all available copies and destroyed them. Even in libraries, it was rarely available because the same missionaries had seen to it that copies were removed, or borrowed and not returned.

When the Report was published by the Government of Madhya Pradesh in 1956, I happened to be in the district town of Shahdol in Vindhya Pradesh (then a separate State, now merged in Madhya Pradehs) for filing my nomination papers from that Lok Sabha constituency in the Second General Elections ((1956-57) as a Jana Sangh candidate. Pandit Prem Nath Dogra, Persident of the Jana Sangh at that time, was also in Shahdol that day. He was on a lecture tour of Vindhya Pradesh. We were staying in the same room as guests of a local gentleman. As we sat and chatted about the shape of things in the country at that time, half-a-dozen Party activists rushed into the room in a state excitement and placed three volumes on the bed on which Pandit Dogra was sitting, One of them shouted in a tone of triumph, "Here it is at last. Christian missionaries have been disrobed (nanga kar diya hai). Now it is for the party, Panditji, to take it up and make it known to the country at large."

Pandit Dogra thumbed through the volumes and promised to place it before the Working Committee of his Party at the very next meeting. The he handed over the volumes to me and asked me to go through them so that I could tell him in the evening the gist of what they contained. I Looked at the title. It was Teport of the Christian Missionary Activities Enquiry Committee Madhya Pradesh, 1956 in 2 Volumes and three Parts, Volume II being divided into Part A and B. It became famous as the Niyogi Committee Report because its Chairman was Dr. M. Bhawani Shabkar Niyogi, a retired Chied Justice of the Nagpur High Court.

I glanced through the Report and was impressed by the evidence marshalled, literary as well as oral. What struck me as very significant was that the Christian missionary activities in India had been viewed as part of the world-wide missionary operations. But that was all. I could not find time to read even Volume I of the Report because I was busy otherwise throughout the day. In the evening Pandit Dogra took away the Report with him as he was going to another place to address a meeting. I was certainly curious to know more about Christian missionaries than I knew at that time. It was only a few months earlier that a Jesuit priest from Patna had tried and failed to convert me. The talk I had had with him during a retreat in a Catholic monastery outside Hazaribagh in Bihar, had left a bad taste in the mouth. The convert I met in the library of St. Xavier's School at Patna later on had turned me against Christian missions.

Years passed and I forgot all about the Niyogi Committee Report. The struggle to survive after having invited the ire of the Nehruvian establishment by opposing Communism, was too grim. Moreover, I wanted to know much more than I knew about my own Sanataria Dharma and its culture, before I could evaluate Christianity and its missions. I was ready for that task to a certain extent when I wrote that essay in Hindu Society Under Siege in the last quarter of 1981. But I had yet to learn a lot.

Baba Madhavdas did not tell me why and when he had taken sannyas, and how he had got involved in Hindu resistance to Christian missions. All I could learn from him was that he had moved all over the tribal areas in Andhra Pradesh, Madhya Pradesh, Bihar, Oris sa, West Bengal and Assam, starting since a few years before India attained independence in 1947. He had watched the Christian missionaries and their activities from close quarters, and the knowledge he had acquired about their means and methods was considerable. And he was very happy that the Niyogi Committee Report had confirmed in so many words all that he had learnt first hand about the missionary apparatus and its operations. At the same time, he had felt deeply pained that whatever resistance to Christian missionaries he had noticed before independence, had evaporated fast as soon as Pandit Jawaharlal Nehru emerged as a colossus after the death of Sardar Vallabhbhai Patel.

He had begged for small amounts of money, bought copies of the Niyogi Committee Report, and presented them to leaders of the Jana Sangh, the Arya Samaj, the Hindu Mahasabha, the Vishva Hindu Parishad when it was formed in 1964, and various rich men known for their sympathy towards Hindu causes. All that he wanted them to do was to read the Report and mobilize public opinion for persuading the Indian State to stop the flow of massive foreign funds which Christian missions were using for conversions by means of force, fraud and inducements. But his appeals had fallen on deaf ears. Different people had advanced different reasons for their unwillingness or incapacity to doanything in the matter. As a last resort he had got several thousand copies of a summary of the Report printed in English and Hindi and distributed them widely as he moved along.

He was happy once more when after the passing away of Pandit Nehru and before the rise of Indira Gandhi to supreme power, the Congress Governments of Orissa and Madhya Pradesh had passed Freedom of Religion Acts in 1967 and 1968 enabling the authorities to prevent conversions by means of force, fraud and inducements. Now citizens who came to know such malafide cases of conversion in these two States could report to the police or move the courts. But he discovered very soon that the Acts remained dead letters because people who could notice and report such cases were simply not there in the missionary fields.

The Jana Sangh and the Vishva Hindu Parishad had dis- appointed him in particular. When he asked the leaders and workers of these organizations to read the Report, they said that they had no time for books because they were active in the field. But when he requested them to survey the field and report the cases of malafide conversions to the concerned authorities, they had replied that the police was corrupt and the courts too slow to do anything. At the same time, they had boasted that they were developing and employing some "positive" methods to match the missionary network and beat them at their own game. He had yet to see these "positive" methods bearing fruit. Conversions were going on as ever before.

Baba Madhavdas felt totally disheartened when I told him the truth about Voice of India, namely, that it had no office of its own, no staff except myself, and very limited funds collected through donations mainly from a few small businessmen with big hearts. He was, he said, a tired old man, sick in body and disillusioned in mind, and wanted to retire to Vrindavana so that he could die in peace. He wanted me to do him a favour - take the few hundred copies of the summary he had left with him. I bought them immediately and included the title in the catalogue we published next. At the same time, I promised to the Baba that I would read the full iyogi Committee Report and reprint it as soon as I got sufficient funds.

I read the Report soon after and was overwhelmed by the wealth of material it presented, theoretical as well as empirical. But funds for reprinting the Report were not available till now. Meanwhile, I had summarised the Report in my own way in my History of Hindu-Christian Encounters published in 1989.2 That summary is being included in this Introduction to the reprint. 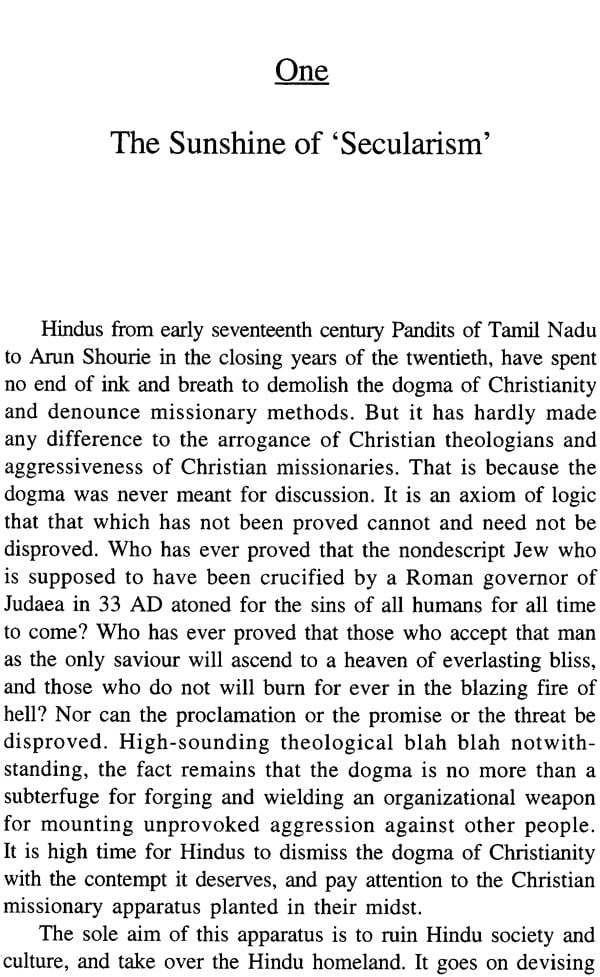 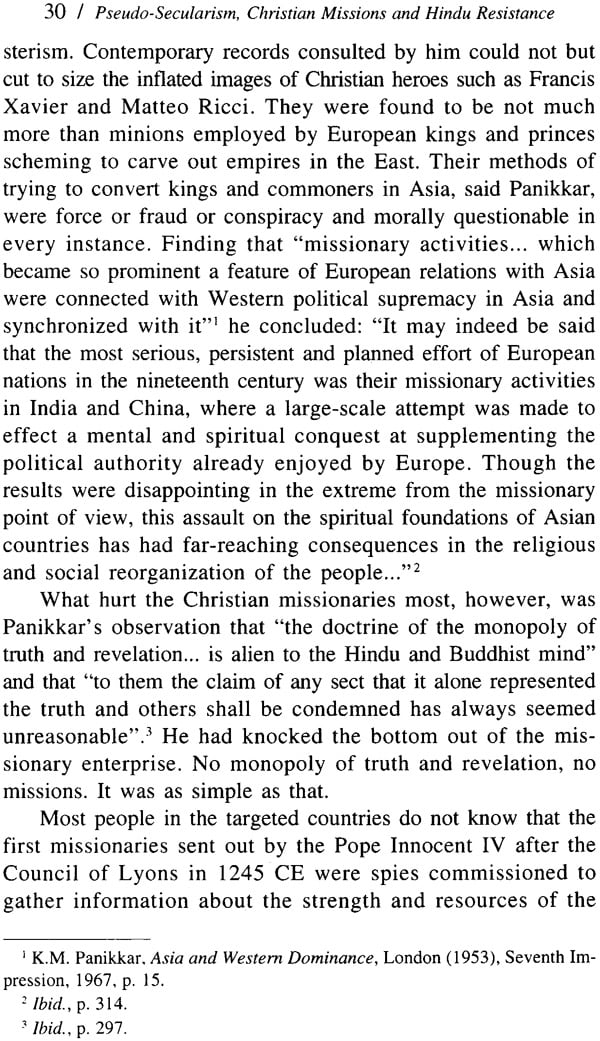 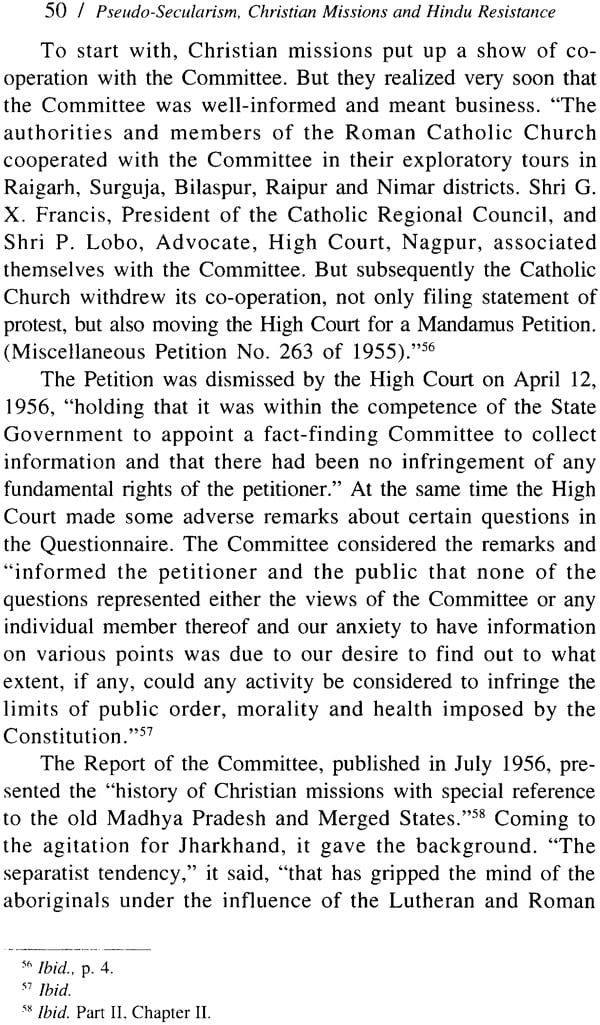 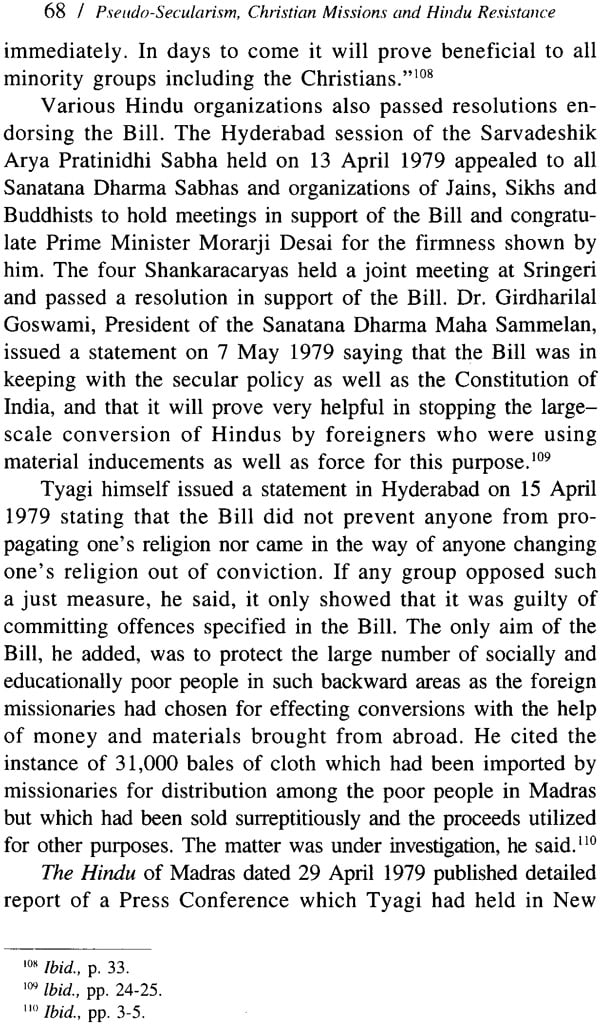 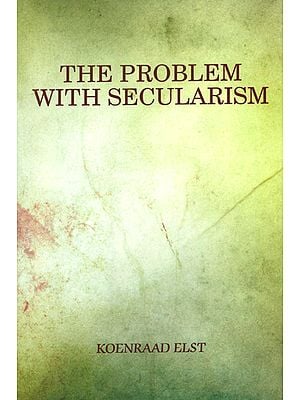 The Problem with Secularism
By Koenraad Elst
$31
FREE Delivery 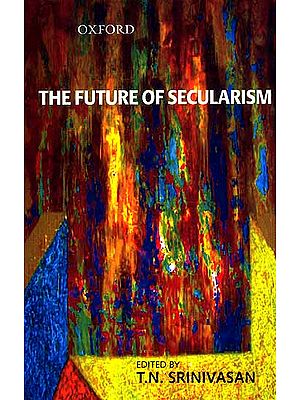 The Future of Secularism
By T. N. Srinivasan
$45
FREE Delivery 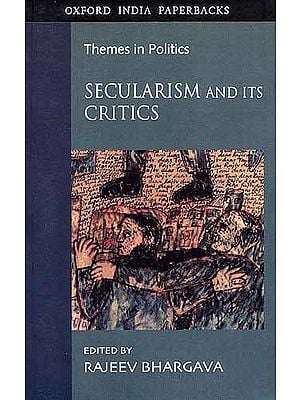 SECULARISM AND ITS CRITICS: Themes in Politics
By RAJEEV BHARGAVA
$36
FREE Delivery 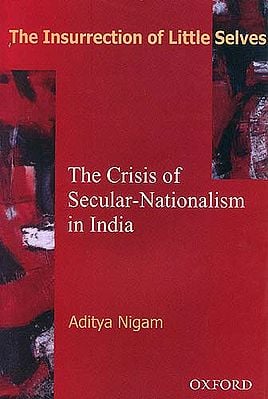 The Insurrection of Little Selves: The Crisis of Secular-Nationalism in India
By Aditya Nigam
$45
FREE Delivery 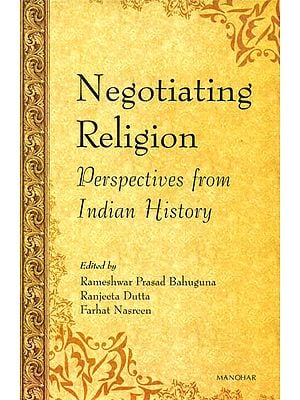 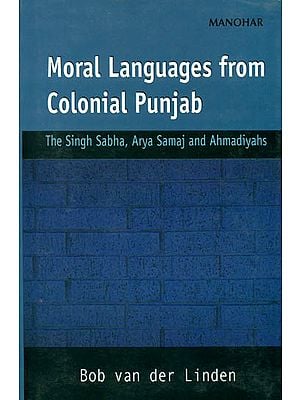 Kashmir: A Tale of Partition (Set of 2 Volumes) (An Old and Rare Book)
By M.G. Chitkara
$132
FREE Delivery 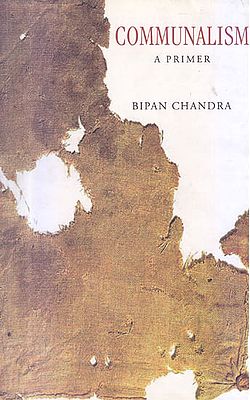