Puranic Encyclopaedia: A Comprehensive work with special Reference to the epic and Puranic literature

This voluminous work, a store- house of information about the Epics, Puranas and allied literature, was originally composed and published in Malayalam. It constituted the results of the author's devoted study and research extending over fourteen years. This English version of the same is to meet the growing demand of scholars interested in the study of Puranas. This stupendous work, in the form of an exhaustive descriptive index, covers the vast and varied field of ancient Indian culture in all aspects - history, geography, religion, philosophy, myths, beliefs and practices as depicted in the Epics and Puranas.

The work is planned on scientific lines. The material compiled is arranged systematically. Citations have been inserted in support of stated facts; at places they have been substituted by references. Obsolete and obscure words, denoting objects such as a particular tree or plant have been explained by their scientific or vernacular equivalents. All modern critical apparatus has been utilized in the preparation of this comprehensive work.

I feel flattered and consider it to be great privilege to have been asked by Shri Vettam Mani to contribute a foreword to his Puranic Encyclopaedia, a really magnificent literary production, massive in size and rich and invaluable in contents. This is the first attempt in Malayalam and for the matter of that in any Indian or foreign language, so far as I know, to produce a comprehensive and well-nigh exhaustive book of study and reference with regard to episodes, incidents, characters etc. occurring in the many Puranas and such other works in Sanskrit. In the field of mythology, with regard to variety and contents as also sheer bulk, Greece stands first. Egypt comes only next. But Indian mythology-the epics and the puranas-far exceeds and excels both Greek and Egyptian mythologies put together in merit and size. Even the preparation of a complete list of characters mentioned in our epics, puranas etc. will be a stupendous and well-nigh impossible task calling for the combined efforts of a number of scholars. But, fortunately for us, each and every such name, one need not necessarily know or be acquainted with. At the same time there are great names which compel attention and should not escape a proper study. And, such names are legion, and Shri Mani has not omitted mention of even one such name in his great work. I looked up the encyclopaedia for a few such random names, and was really surprised to find detailed treatment of the same in the book. Moreover, with reference to really important names, incidents and episodes connected with them and the whole genealogy are given. Everything is fully documented and quite authoritative. And, deep, extensive and exhaustive study, patient and untiring research and above all absolute dedication to the cause are so very patent on every page of the book. Literally and in effect Shri Mani's is a unique contribution, the first and foremost book, in the magnificent spheres of religion, culture, scholarship and history all put together. As the pioneer in the field he can justly feel happy and proud about his rare achievement, and he deserves in ample measure the unstinted praise and appreciation of all lovers of learning and culture.

Shri Mani has already earned well-deserved reputation as a teacher, especially in Malayalam, and also as a diligent student of literature and author of talent. He evidently possesses a flair for research. All such distinguished talents and attainments of his have been fully and quite successfully commissioned in the preparation of this marvelous encyclopaedia. He has put every lover of learning and knowledge everywhere, under an eternal debt of gratitude by the publication of this noble work.

It is a matter of profound pleasure and pride for me that the internationally famous publishers in the field of Indology, M/s Motilal Banarsidass of Delhi are publishing the English translation of my Puranic Encyclopaedia, which was originally published in Malayalam, and which has already run into four editions.

The Puranas along with the Great Epics-the Ramayana and the Mahabharata, have for centuries, profoundly influenced Indian life and Culture. The well-known definition of a Purana as a work having five characteristic features-puranam pancalaksanam-namely, primary creation, secondary creation, the genealogies, the ages of Manu, and the dynastic account hardly does justice to the full significance of these works. They are much more than that. While their genealogies and the dynastic account form the bed-rock of the political history of ancient India, they throw a flood of light on all aspects of Indian Culture-its religion, social practices, art, literature and sciences. They serve as the key to the proper understanding of the various aspects of Hinduism-its beliefs, its mode of worship, its mythology, its festivals, feasts, and fasts, its sacred shrines and places of pilgrimage, its philosophy and ethics and its theogony. Truly it has been said that a Brahmin was not really wise if he did not know the Puranas. The study of ancient Indian history, and culture-particularly religion-is impossible without a proper knowledge of the Puranas. As a matter of fact, it is virtually impossible to understand not only ancient Indian culture and life, but also the literature in modern Indian languages, as it largely draws draws upon the ideas and ideologies as embodied in the contents of the Purans and the epics.

The literary writings in all Indian languages are indebted to the Epics and the Puranas in more than one way-their form, content, ideas and ideologies are all influenced to a greater or lesser extent by these ancient works. Direct and indirect allusions to Puranic episodes, characters, events, are frequently to be met with in the literary writings of all Indian languages. Teachers engaged in imparting instruction in the literature in modern Indian languages must therefore be conversant with the contents of the Puranas and Epics in order to be able to explain these allusions wherever they occur in the writings in modern Indian languages. However, it is well nigh impossible for an average teacher to go through the whole of this vast literature. Thus the need for a handy work of reference like the present Encyclopaedia is apparent.

The desire to compile a Puranic Dictionary that should solve many of the day to day problems of the Indian language teacher, took root in me, several years ago, but I could not arrogate to myself the capacity to fulfill this urgent need. I waited for many years, for more competent and better equipped scholars to come forward and produce a work of my dreams. But since no one appeared to quench this thirst, I plunged myself into this vast ocean of Sanskrit literature, and for thirteen years I dived deep into it, studying not only the original texts but also modern works in English, Sanskrit, Malayalam and Hindi. This took me five years, and I spent about twenty thousand rupees on books and traveling for this project. I started the compilation on 1st of January, 1955, and it took me seven years to start preparing the Press copy of my work. The first volume of my 'Puranic Nighantu' was released in February 1964 and the remaining four were published after an interval of six months in each case. The second edition of all the five volumes was brought out in May 1967, still under the original title 'Puranic Nighantu'. However, in the third revised and enlarged edition in one volume published in October, 1971, the name was changed to 'Puranic Encyclopaedia'.

In an endeavour like this imperfections and drawbacks are only inevitable, and I am fully conscious of the same. But as a pioneer effort, and as a much needed aid to the teaching and study of Malayalam languages and literature, it will, I hope, be found useful. Scholars and general readers in Malayalam have been generous in welcoming the encyclopaedia. That four editions of the work had to be brought out within a period of seven years from 1967 to 1974 speaks eloquently for the merit, and utility of the work and I feel my labour and expense amply rewarded. I felt still more flattered when the celebrated firm of M/s Motilal Banarsidass of Delhi, who have already laid the world of Indology under a deep debt of obligation by their monumental publications in all fields of Indian Culture and history, mooted a proposal for publishing an English translation of the Malayalam original. I am deeply indebted to them for bringing my work before a much wider circle of readers. The onerous task of translating the work into English was entrusted to a committee of five scholars : 1 Mr. P. Rajaram Menon, Professor of English, Basel mission College, Kottayam; Kottayam; 2. Mr. K. R. Atchutan Nayar, retired Professor of English, C.M.S. College, Kottayam; 3. R. K. Kartha, ex-Chief Editor, Deshbandhu, Kottayam; 4. P. I. John, Retired Headmaster, Kurichi; and 5. Mr. P. N. Menon, Ollur. I need hardly point out that these members of the editorial committee are highly qualified for this work and I must gladly acknowledge the fact that they have more than amply justified the trust placed in them.

Finally, I cannot adequately express my feelings of deep gratitude to Shri Puthezathu Rama Menon, the doyen of Malayalam literature, for writing an excellent introduction to the original Malayalam edition of the work. I am also beholden to many scholars and the reading public who have been pleased to extend a most generous welcome to the Encyclopaedia. 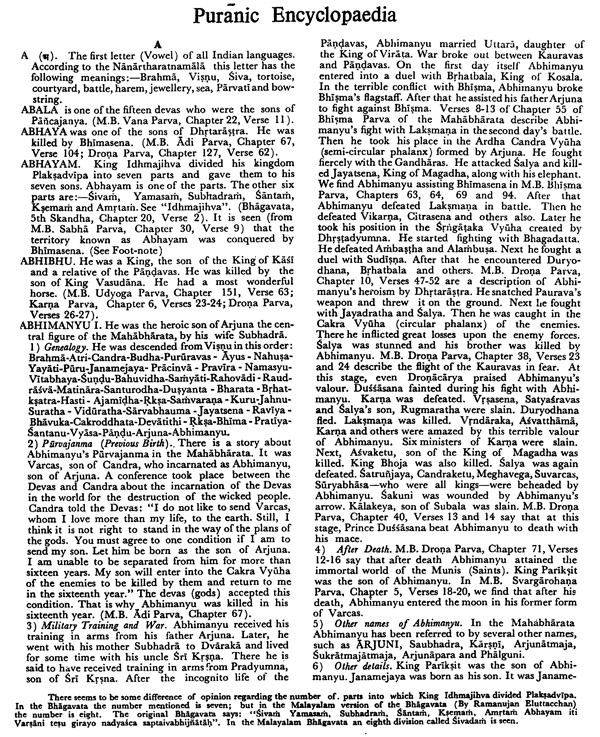 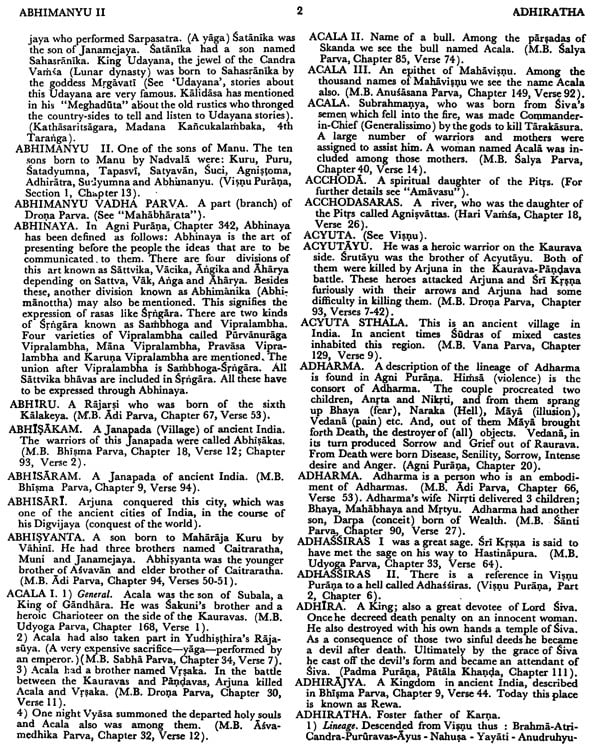 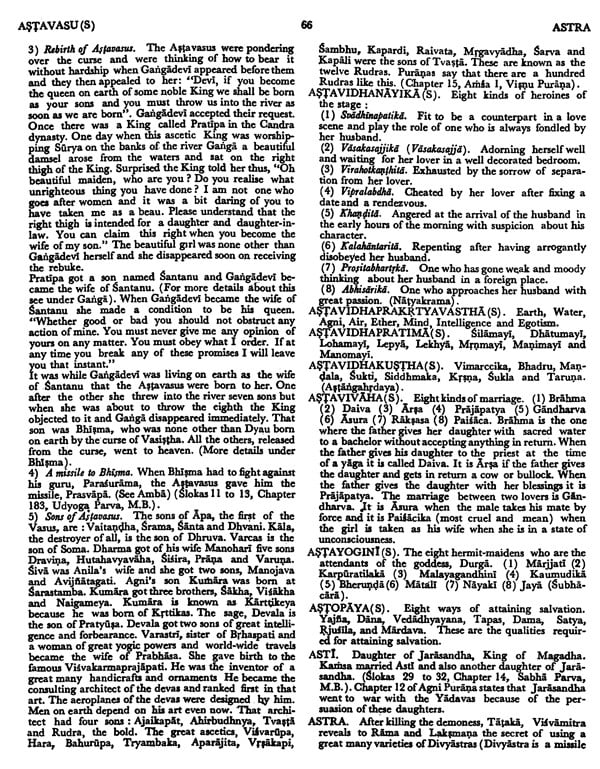 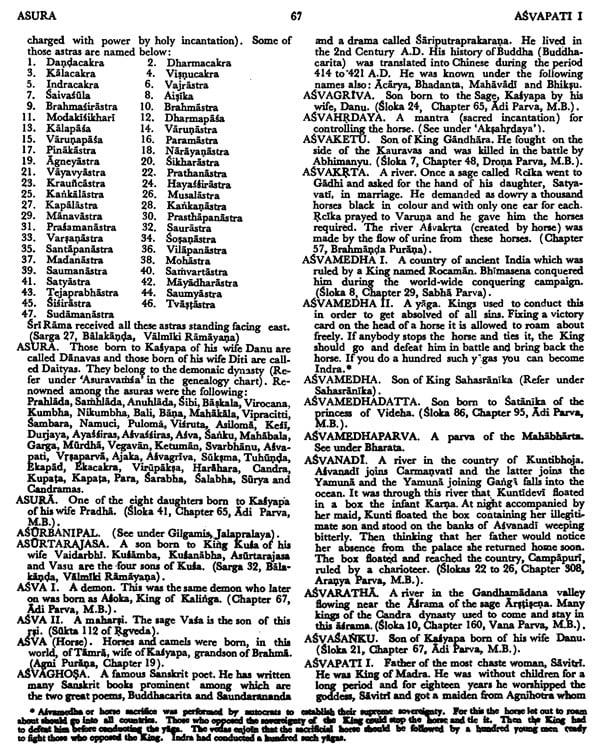 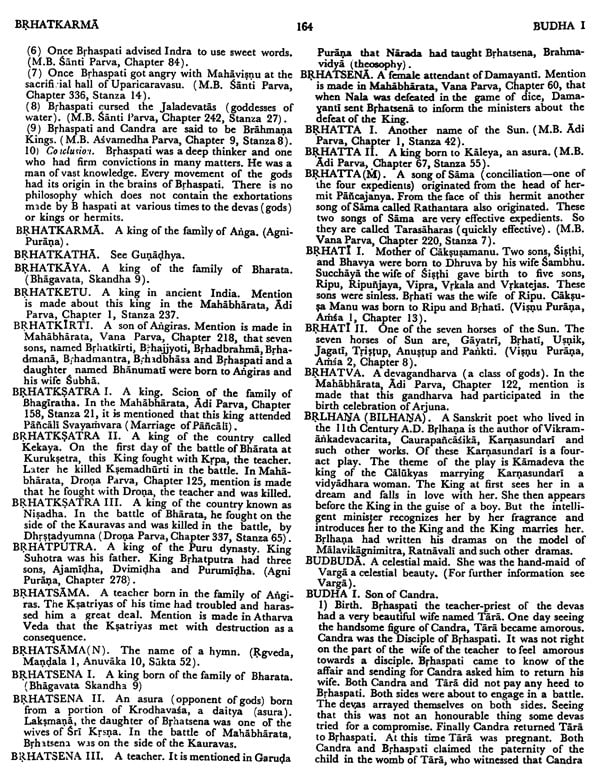 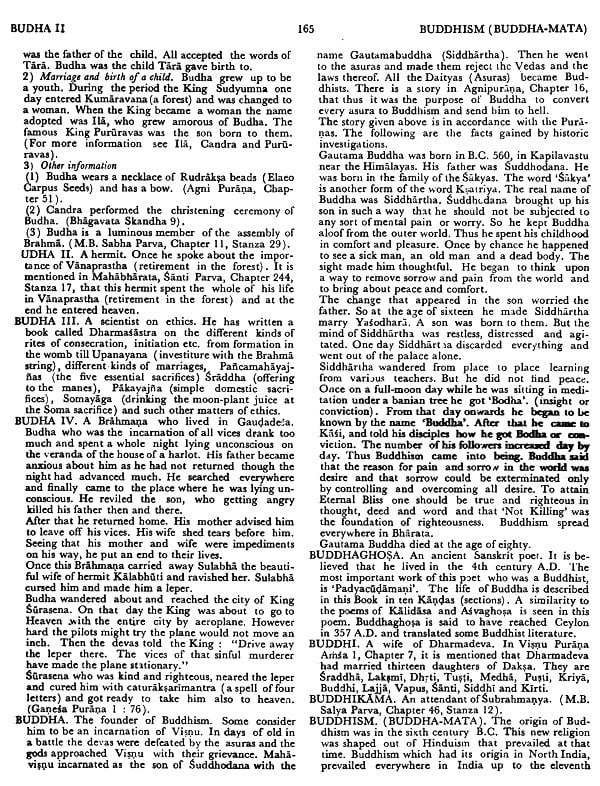 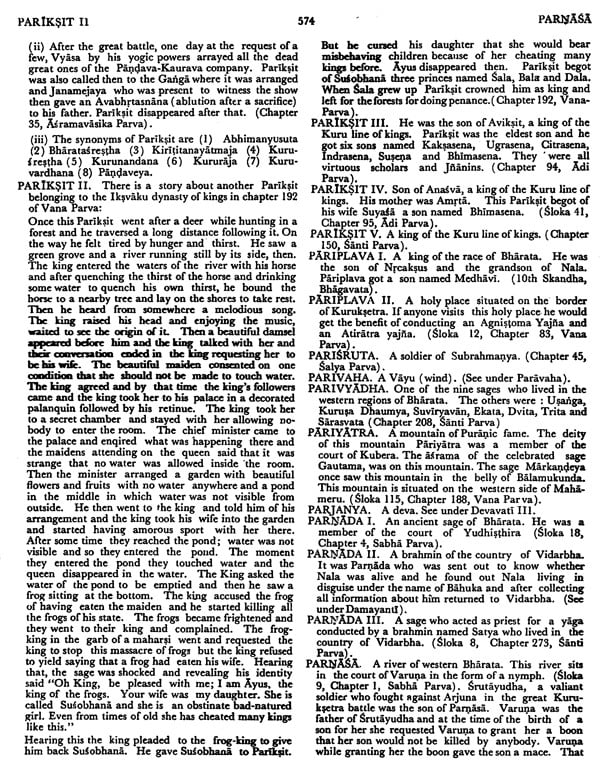 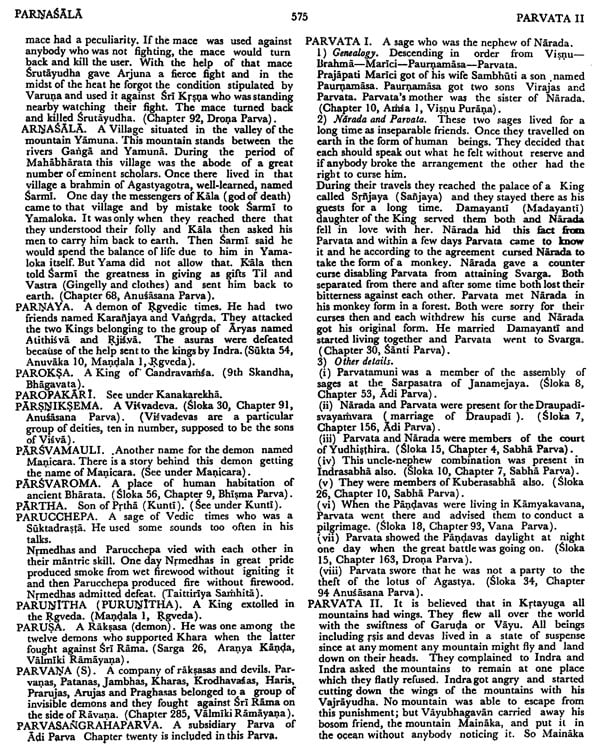 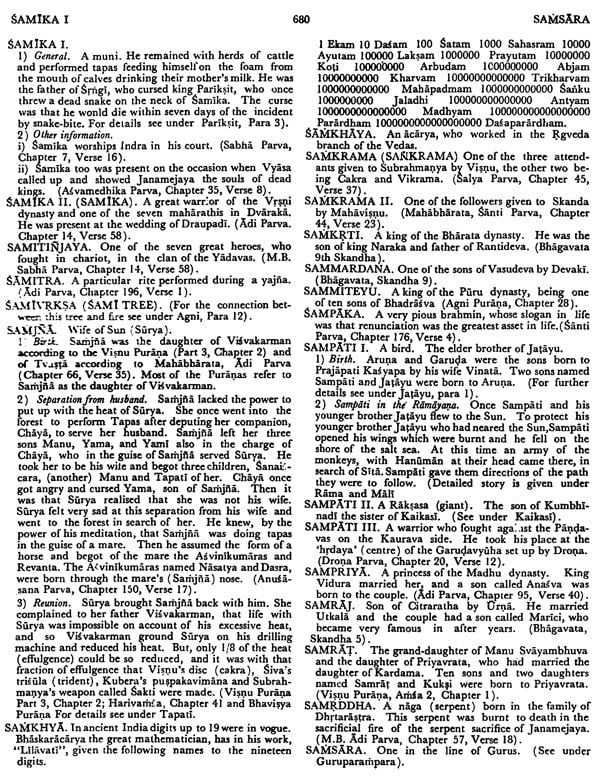 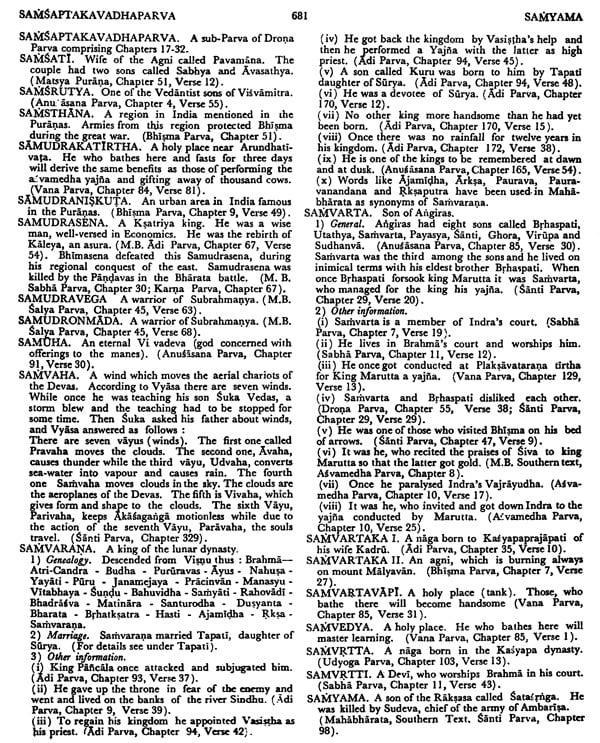