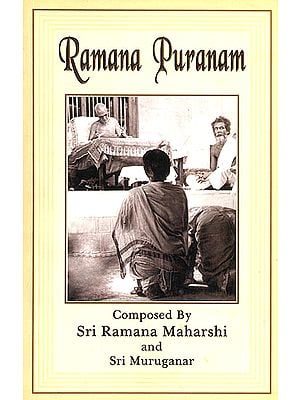 In the 1920s abd 30s Muruganar wrote Sri Ramana Sannidhi Murai, an anthology of devotional poems in praise of Sri Bhagavan that was modeled on the Tiruvachakam of Manikkavachagar.

While he was composing, in Sri Bhagavan’s presence, the poem that would eventually be called Ramana Puranam, he took a break to go out and think about the title. When he returned to the hall, he was astonished to discover that Bhagavan had not only named the poem Ramana Puranam by writing this title on every page of the manuscript, he had also completed it by composing and adding about 300 extra lines.

In his contribution to Ramana Puranam, Sri Bhagavan Continued with some of Muruganar’s own devotional themes and also expanded the range of the work by including many lines that summarized key aspects of his own teachings, particularly subjects that he had written about in Ulladu Narpadu ( Forty verses on Reality).

Muruganar ( 1890-1973) is widely regarded as being one of the foremost devotees of Bhagavan. He was instrumental in getting Bhagavan to compose the verses that comprise Ulladu Narpadu and Upadesa Undiyar, two of Bhagavan’s major philosophical poems, and he composed thousands of poems of his own that either praised Bhagavan, recorded his teachings or expressed gratitude to Bhagavan for having established him in the self.

In his earlier life he was known as C.K. Subramania Iyer Although his parents called him Sambamurthi. Before coming to Bhagavan he was a well-respected Tamil scholar who served on a prestigious committee that was compiling the definitive Tamil Dictionary. He also worked as a schoolteacher and private tutor.

It was a visit by Dandapani Swami, his father – in – law, that prompted him to go to Tiruvannamalai in September 1923 . When Dandapani Swami showed him Aksharamanamalai, Bhagava’s 108 verses in praise of Arunachala, Muruganar immediately recognized that Ramana Maharshi was the Guru he had been actively seeking. He decided to pay a visit to tiruvannamalai and see him. On the way there he composed eleven verses in the Arunachaleswara Temple. Most of the verses, addressed to Bhagavan as Siva, contained please for grace. Muruganar has described this first visit and the background that led up to it in two of his poetical compositions:

‘Will I, an unworthy ignorant one, ever be accepted as a devotee by Lord Siva who, as the Divine Guru with the wealth of grace, showed clearly to the world the greatness of Manikkavachagar? And even if I get such a chance, will I be able to sing of the glories of his grace-showering feet in the same way as Tiruvachakam.

Like many other thoughts that arose in my mind, this thought, a long a flash of lightning manifesting in the sky.

Then I heart from devotees who had redeemed themselves by taking as their support the grace of the one at tiruvannamalai, who is the embodiment of true jnana, and who shines as the flame of true tapas. When they spoke of the greatness of his grace, they melted in joy. Hearing them, I was lost in admiration and unceasing joy……..

The compassionate Supreme One, who is endowed with jnana, then decided in his heart be my Lord and Master.

There was in me a thirst, an intense longing to subside [into the Self] , that was prompted by the thought of the divine feet, which abound in grace. So like one who suffering from thirst, comes across a Ganges of cold water, on an auspicious day, a golden day for my thirst, I went [to Ramana Maharshi] with eleven verses that began ‘Leaving Mount Kailas…..’ and met the excellent sage, the jnana Guru, the ocean of mauna, the bestower of jnana.

In the same way that wax melts on encountering fire, on seeing his feet, my mind dissolved and lost its form. Like a calf finding its mother, my heart melted and rejoiced in his feet. The hairs on my body stood on end. Devotion surged in me like an ocean that has seen the full moon. Through the grace of chitshakti [the power inherent in consciousness] my soul was in ecstasy.

With an unsteady and quivering voice. I read the eleven verses and placed them at his feet. At that very moment he graciously looked at me with his lotus eyes. From that day on, the praises given out by my impartial tongue belonged only to him

From the way he bestowed his grace, becoming my Lord and Master, I was completely convinced that he was Siva Himself. As my new ‘Owner’, he made my ‘I’ and ‘Mine’ his own.

Even if I get submerged in the miry mud [of hell], I will not forget the mighty nobility of the bountiful bestower of grace.

In September 1923 Bhagavan was still living in a small thatched hut that had been erected over his mother’s Samadhi. Muruganar felt unsure of the correct way of approaching him, so he remained for some time outside the hut. Bhagavan solved the problem by coming outside and saying ‘Enna?’ [‘What?’]. In Tamil Nadu, this is a standard way of ascertaining what business a new visitor has.

In response to this query Muruganar Began to sing the verses that has been composed by him in the temple, but emotion got the better of him. Tears welled up in his eyes and he was a unable to proceed.

‘Cant’t you read?’ asked Bhagavan. ‘Give it to me. I shall read it myself.’

Bhagavan then read out the poem. Up till this time Muruganar had been very particular about annotating his poems with a specific raga or melody, since it was traditional that metres or themes had to be sung in a particular way. After this first encounter with Bhagavan, he was never able to sing his poems again. 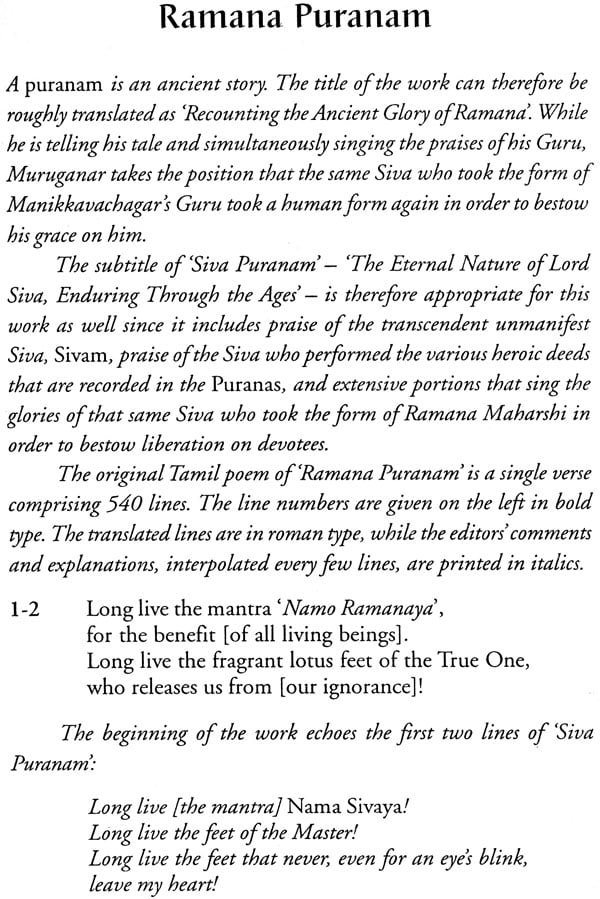 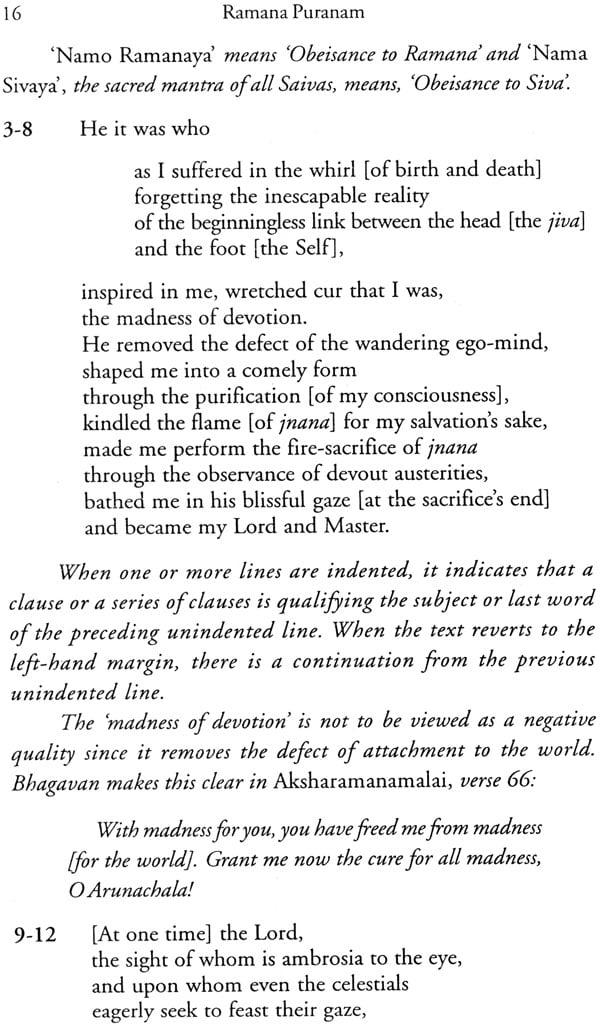 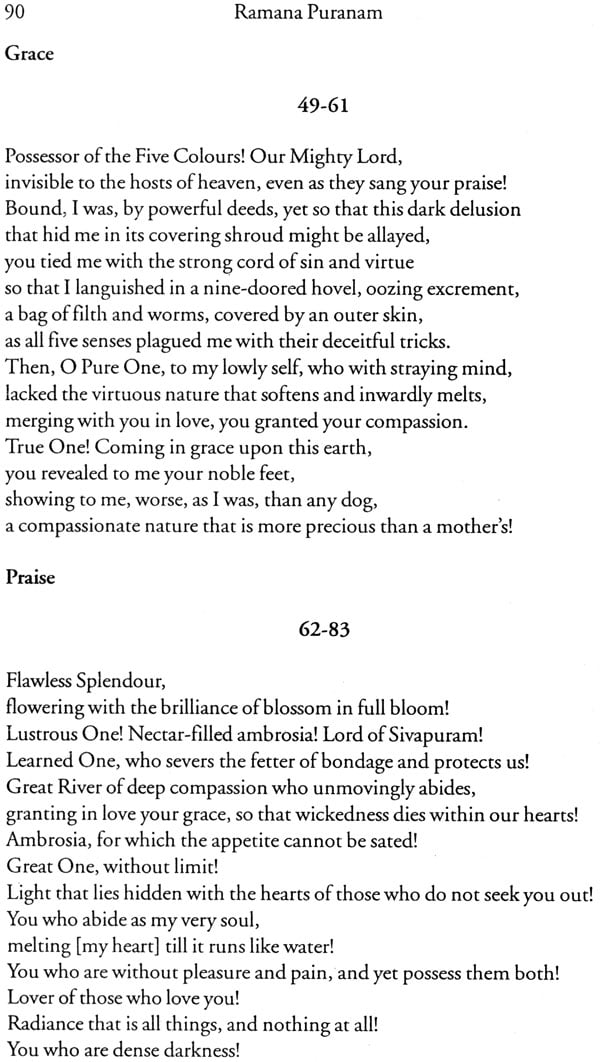 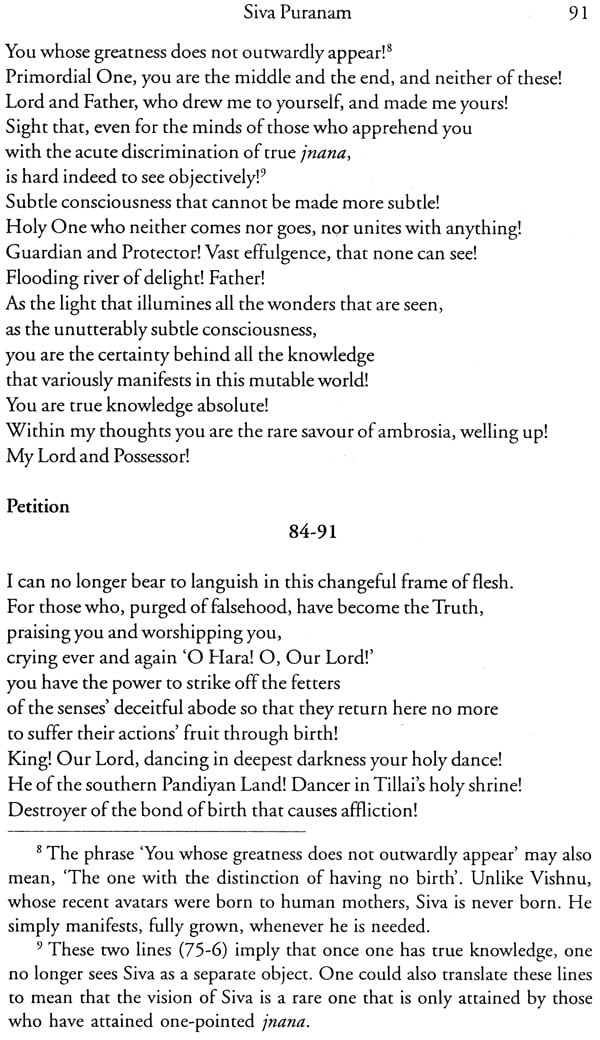 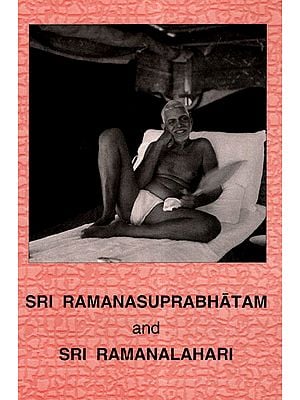 Homage To The Presence Of Sri Ramana (Sri Ramana Sannidhi Murai) (A Garland of Adoration)
By Sri Muruganar And Translated From The Tamil By Prof. K. Swaminathan
$21.00
FREE Delivery

Karma Marga – In Bhagavan Ramana’s Own Words
By A.R. Natarajan
$6.00 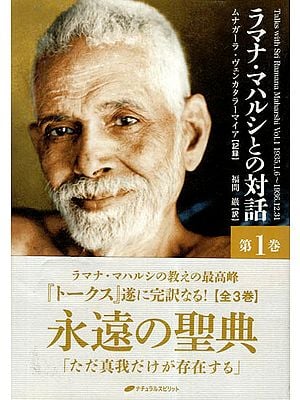 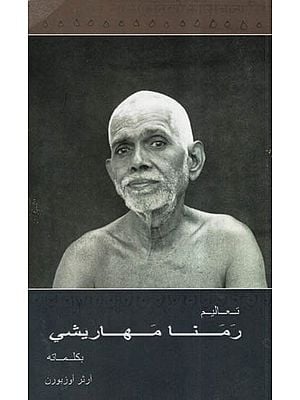 The Teaching Of Bhagavan Sri Ramana Maharshi In His Own Words (Arabic)
By Osborne
$35.00
FREE Delivery 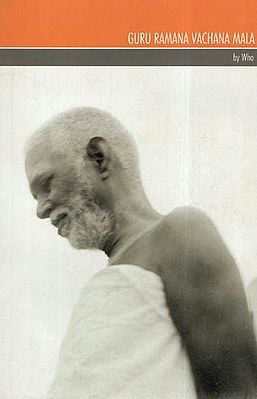 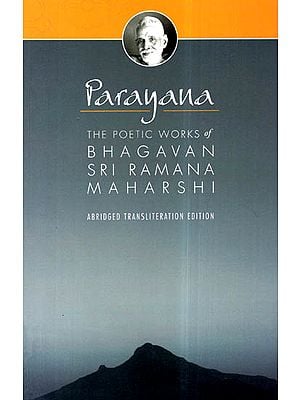 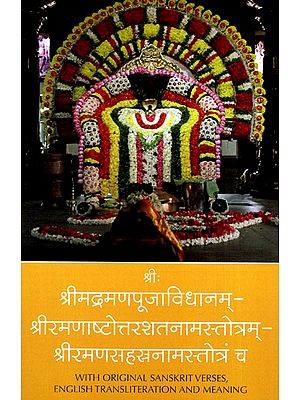 How to Worship Sri Ramana
By V.S. Ramana
$20.00
FREE Delivery 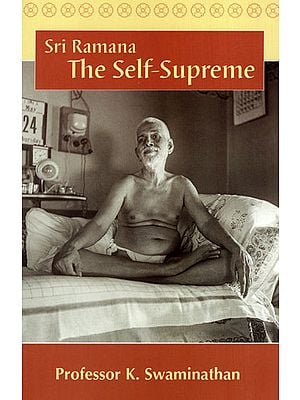 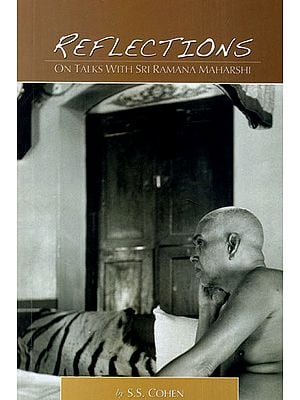