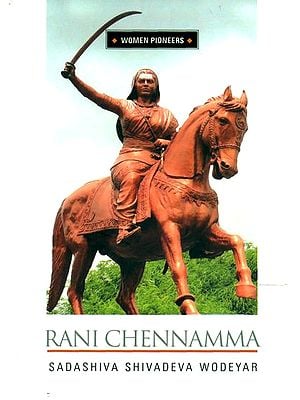 $19.00
Notify me when this item is available
Save to Wishlist Send as E-card Share by Email
Back of the Book

Woman Pioneers is a new initiative of National Book Trust, India, that aims to bring light as well as project the work and contribution of eminent Indian woman in different walks of life like art, culture, literature, science, socio-religious reforms, freedom movement, etc. Each title of this sub-series under the National Biography series of the Trust, is written for the general reader with the view to develop new perspective on the contemporary discourses pertaining to Indian culture, civilization and endeavours for nation-building.

Sadashiva Shivadeva Wodeyar (1924-1996) received his post-graduation degree in English Literature from the University of Bombay (now Mumbai). A noted scholar of Kannada literature, he was invited in 1963 by the US government for study visits to its various universities. He also participated in a course on ‘University Administration’ in London at the invitation of British Council. He also served as a Vice-Chancellor of the Karnataka University.

Kittur today is a tiny town in Karnataka. It was the capital of a small princely state for nearly 164 years. Rani Chennamma Kittur was the very first head of a princely state in India to rise against the mighty British empire. She was a woman of indomitable courage and patriotism. Her life is an inspiring story which will thrill freedom lovers in any country, at all times.

Sadashiva Shivadeva Wodeyar (1924-1996) received his postgraduate degree in English literature from University of Mumbai. He was invited by the US government, in 1963, to visit its universities. He participated in a course on 'University Administration' organised by the British Council in London. He made an extensive study of modern Kannada literature, and served as Vice-Chancellor of the Karnataka University.

Since my early childhood, I had been listening to the heroic tale of Rani Chennamma's valiant fight against the British. Over the years I continued to read about the history of Kittur from various sources. I sometimes toyed with the idea that I should some day write a comprehensive historical novel or a play dealing with her life. As a fortunate coincidence, in December 1974, I received a letter of request from the National Book Trust to write, unexpectedly, her biography, to be published under their National Biography series. I immediately accepted the invitation and started collecting material about the history of Kittur, Rani Chennamma, etc. I came across a large volume of material, much of it unpublished so far. This included correspondence between the British civil and military officials, at various levels, their correspondence with Rani Chennamma and other renowned personages, most of which is now very well preserved in the archives of the India Office, London, and also other material in many museums and other offices in India. I went through every book or pamphlet so far published on the subject. I have also been able to obtain some unpublished poems, folk-songs and other similar material. I visited Kittur on a number of occasions, and other places connected with the history of Kittur, to gain first-hand knowledge of any source material which was likely to throw light on the history of Kittur. I also met many of the lineal descendants of the Kittur ruling family and collected information available from them. It has been a very laborious task, but at the same it has also been a very exciting one.

After collecting and going through all the material I could gather, I observed that there was scanty record of Rani Chennamma or Kittur history in Indian sources, as very little authentic material either written at the time of the reign of Chennamma or immediately thereafter, in the nature of historical records, has been left behind or extant. Much of what is found locally is through literary compositions like ballads, folk-songs, poems, plays and other literary compositions, in which obviously liberties have been taken with regard to historical facts and, therefore, there are contradictory accounts of some of the happenings. The records in India Office, particularly letters exchanged between the various civil and military officials, have been carefully preserved. They form the main bulwark of the available records on the history of Kittur and the great battle of 1824. There is, therefore, little scope for doubt regarding the authenticity of the events narrated in this biography, as they are corroborated by the letters of the European officers themselves. Only here and there, in an attempt to record events vividly, I have put the needed flesh at appropriate places on these solid bones of history. I have also made liberal use of the valuable material regarding Kittur history in Vol. I of the History of Freedom Movement in Karnataka (edited by Dr M. V. Krishna Rao and Prof. G. S. Halappa) published by the government of Karnataka.

I must herein express my deep appreciation of the substantial research work done by the late Shri Dodda Bhaveppa Moogi who almost made it his life-mission to collect the scattered decaying material of Kittur history by going from village to village, taking down notes, folk songs, and poems from all possible sources. In writing this biography I have made liberal use of the material collected by him. This material has been next in importance only to the material I could get from the records of the India Office, London.

While writing this biography, I received considerable help, guidance and suggestions from Dr A. Sundara of the Department of Ancient Indian History and Culture of Karnataka University. He went through the script and made a number of valuable suggestions, many of which I have accepted. While expressing my gratitude for his help and valuable suggestions, I claim full responsibility for any inaccuracies or statements of opinion regarding men and affairs. I would also like to express my gratitude to Dr C.R. Yaravintelimath of the Department of English, who went through the script and touched it up from the point of view of language and expression and made some valuable suggestions. The press copy was prepared with the help of Shri G.M. Guddadmath, the stenotypist, Shri S. I. Wadawadgi, my personal assistant and Shri S. S. Navati, the typist. I am thankful to all of them. The librarian, Shri K. S. Deshpande, the deputy librarian, Shri S. R. Gunjal, and Director of Kannada Research Institute, Dr B. S. Kulkarni, made available to me all the relevant material in their possession to enable me to write this biography. I am also thankful to them.

I am grateful to the National Book Trust for giving me the opportunity to write this biography which to me has been an exhilarating experience. 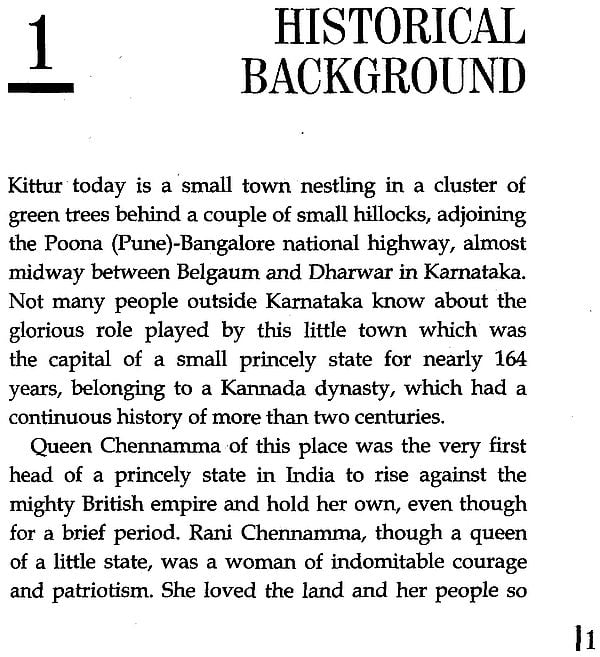 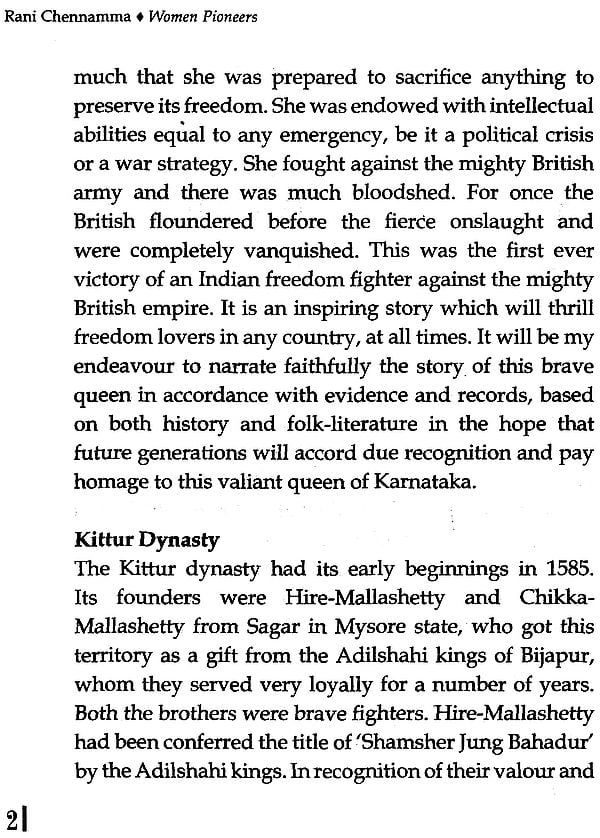 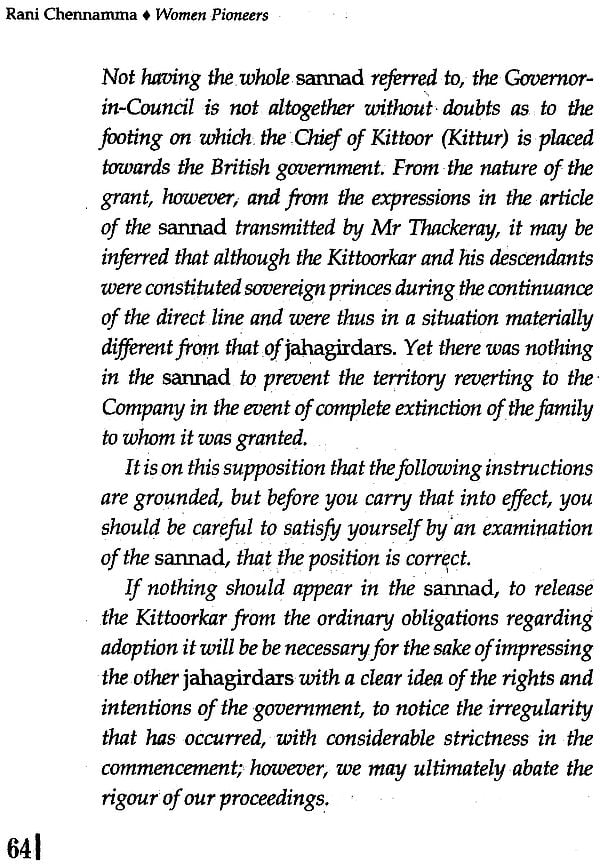 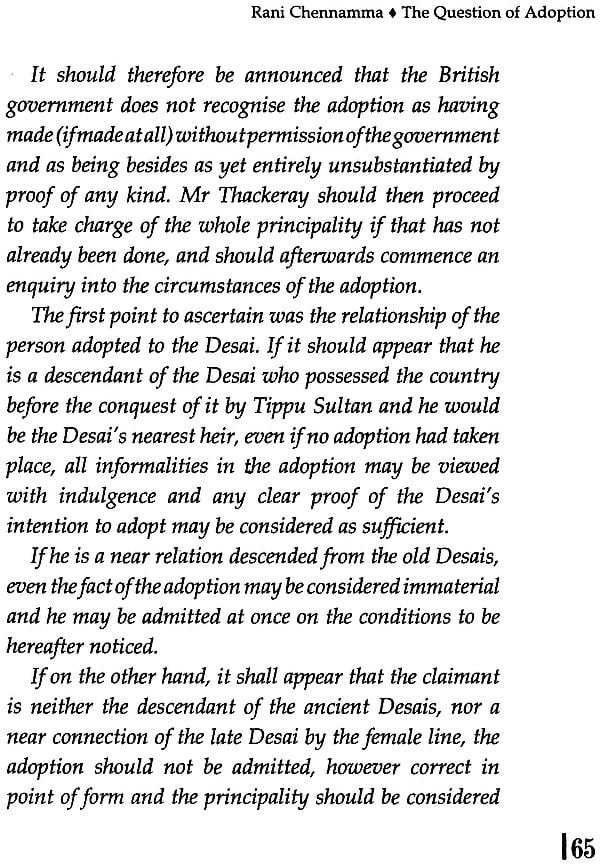 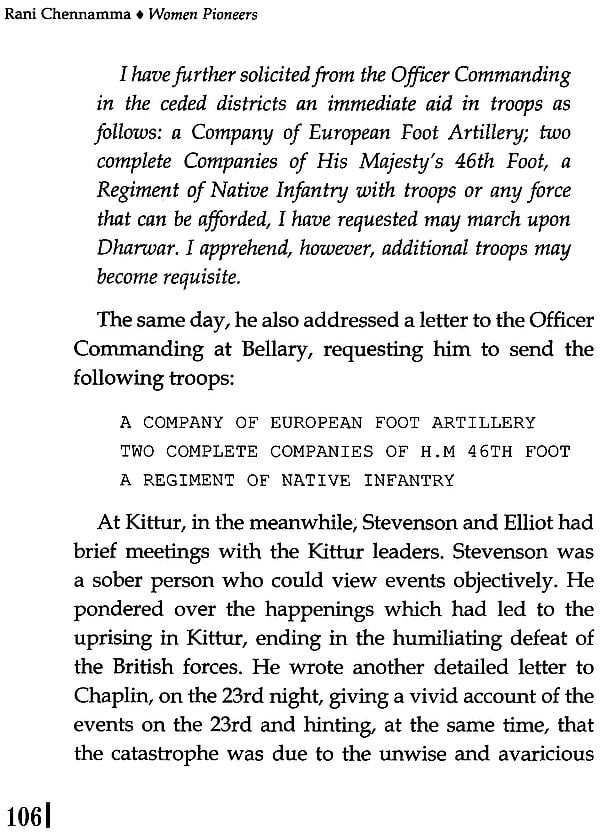 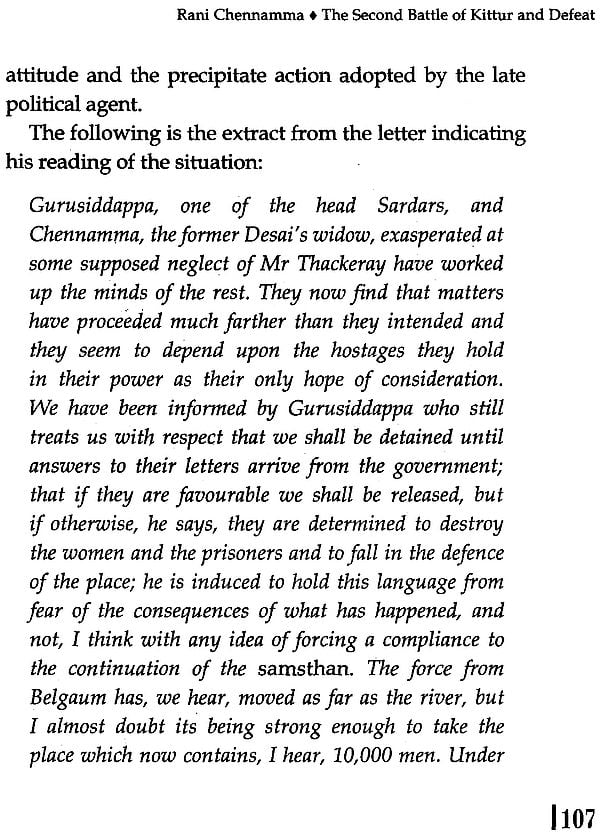 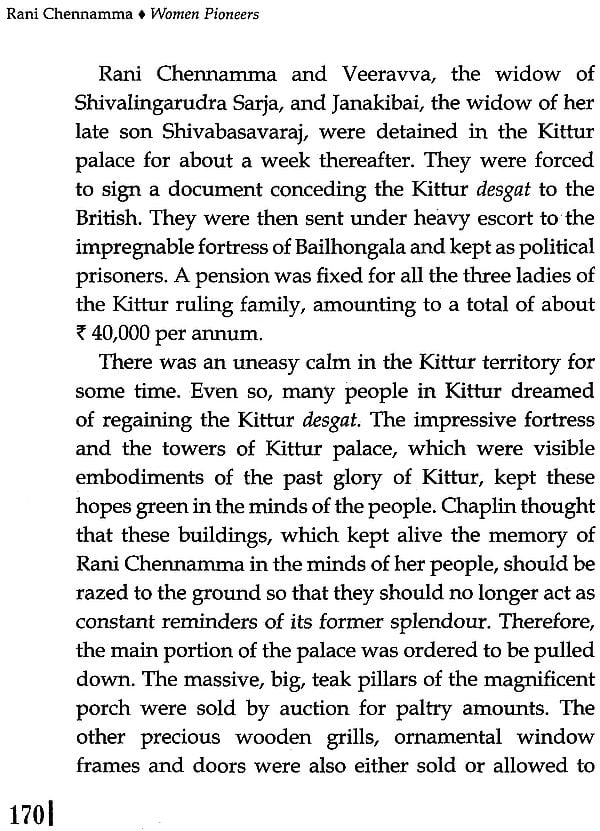 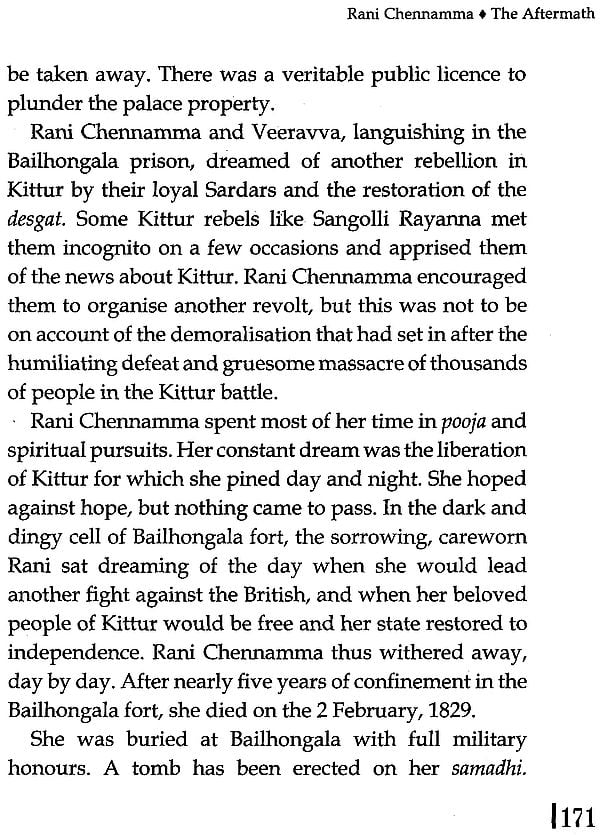 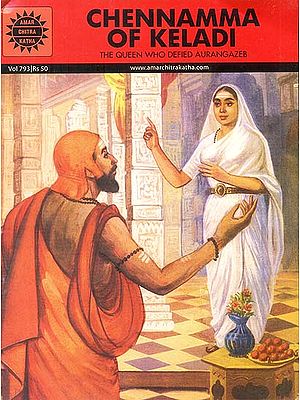 Chennamma of Keladi: The Queen Who Defied Aurangazeb (Comic)
By Anant Pai
$11.00 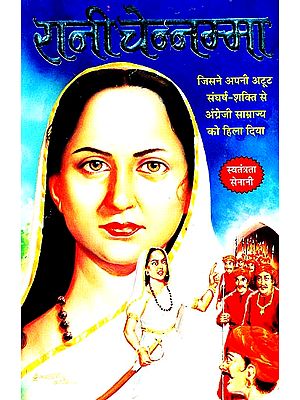 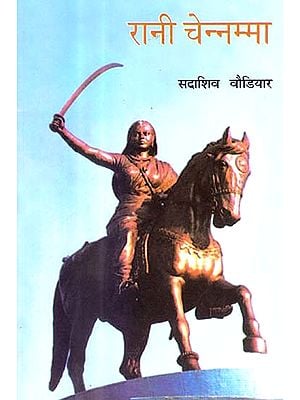 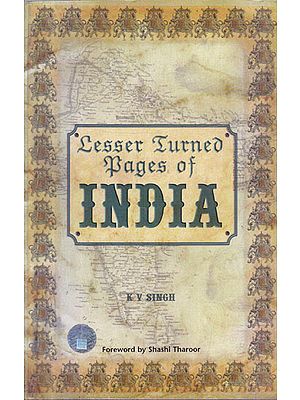