Rashtriya Panchang is being published by India Meteorological Department since 1879 Saka Era 1957 - 58 A.D.) with the objective to unify the divergent practices of calendric systems existing in different regions of thee country as well as to promote panchang calculations on a modem scientific principles. Presently Rashtriya Panchang is being published in the following languages:

The Panchang contains astronomical and panchang information on sidereal time, equation of time, timings of sunrise, sunset, moonrise, moonset, tithi, nakshatra, yoga, karana, transit time of the sun, moon and planets to nirayana rasis and nakshatras, beginning of lagnas for central station of India as well as nirayana longitudes of the sun, moon, planets and rahu. All these have been calculated on modern scientific basis. In addition, items like Julian day number, kali ahargana, moon’s age, phases of the moon, declination of the sun, midday time and also beginning of lagnas around sunrise time for four metropolitan cities have been included in the text on daily basis. Further, the days for observing principal festivals and anniversaries have been listed on a separate page. For the convenience of users of panchang, important items have been explained under ‘Details of the Panchang’.

The work of preparation and publication of this Rashtriya Panchang for 1933 Saka Era (2011 - 12 A.D.) has been carried out at Positional Astronomy Centre of this Department at Kolkata under the guidance of Shri S. Sen, Director.

It is hoped that this publication would serve as a standard panchang for the country and will be used as a source for obtaining correct calendric data. 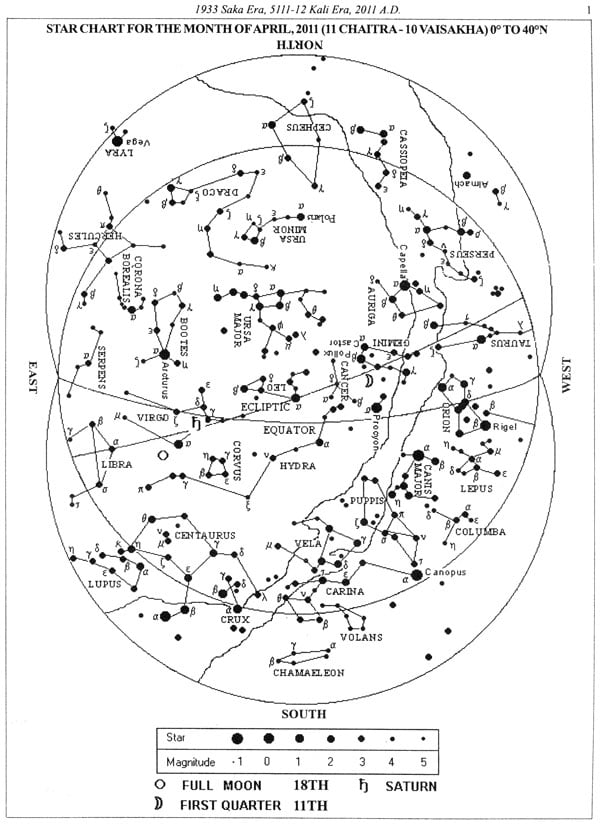 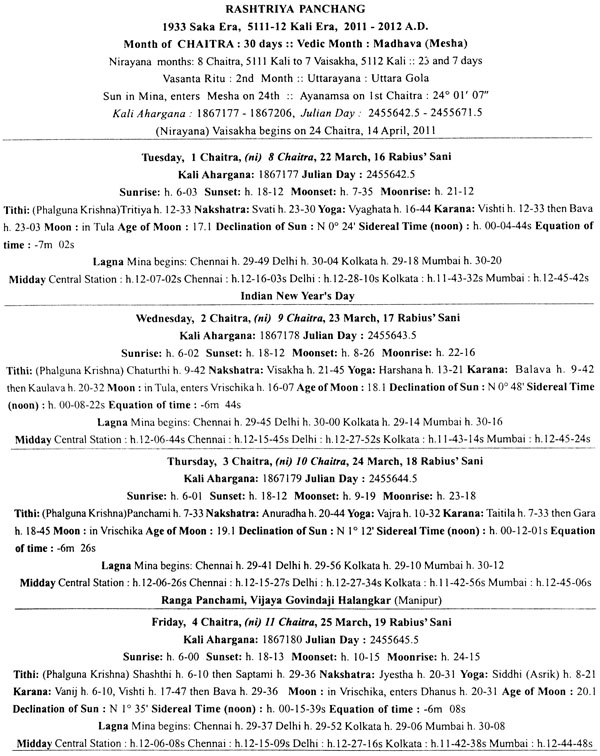 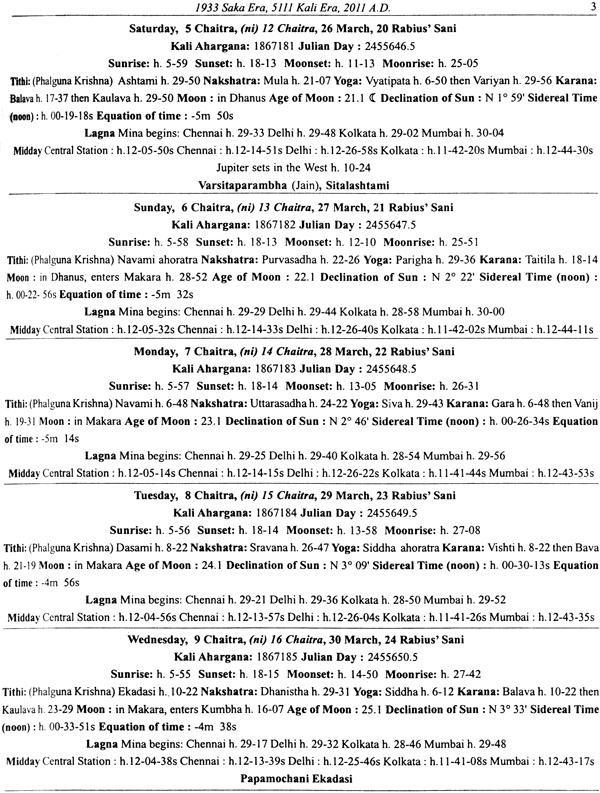 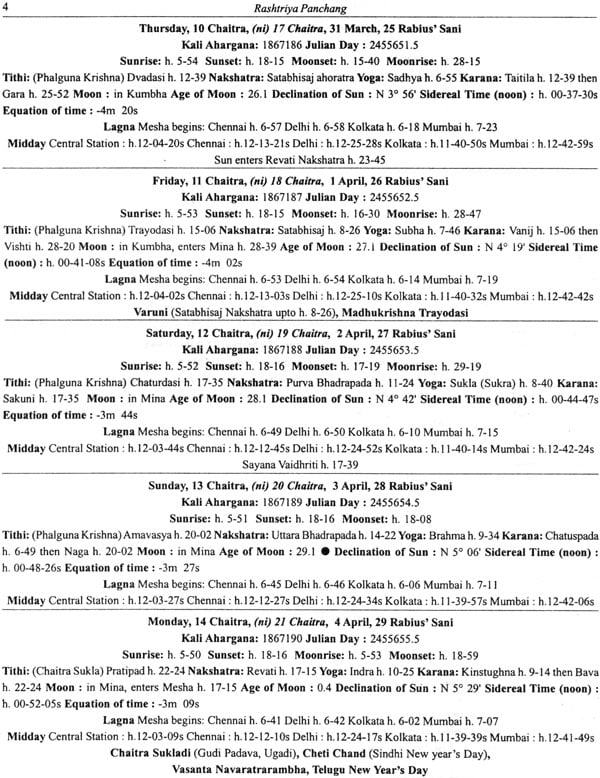 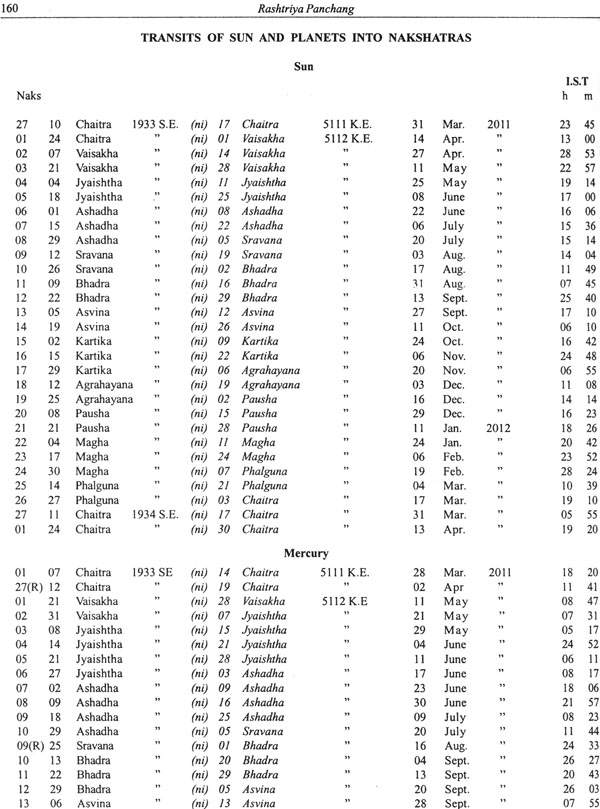 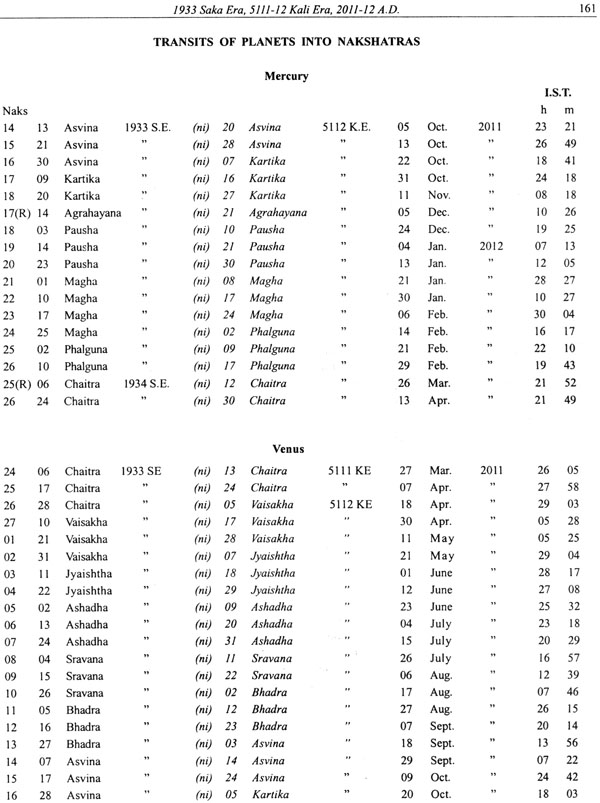 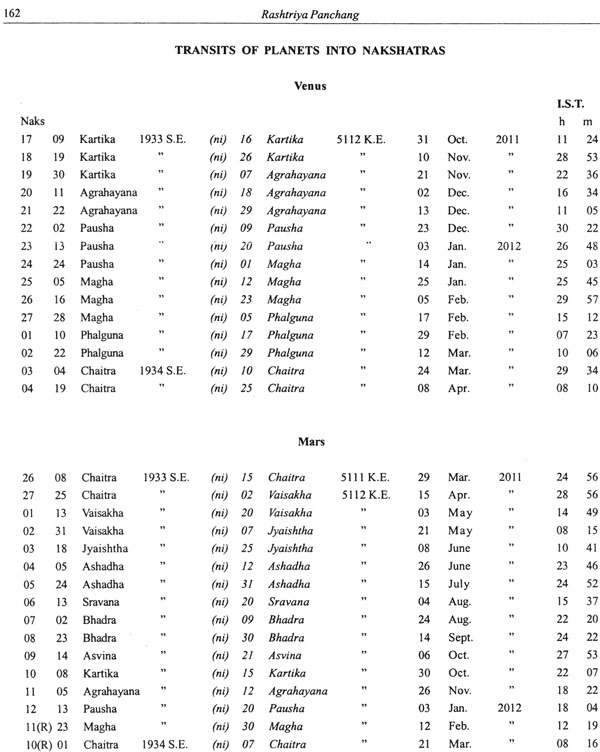 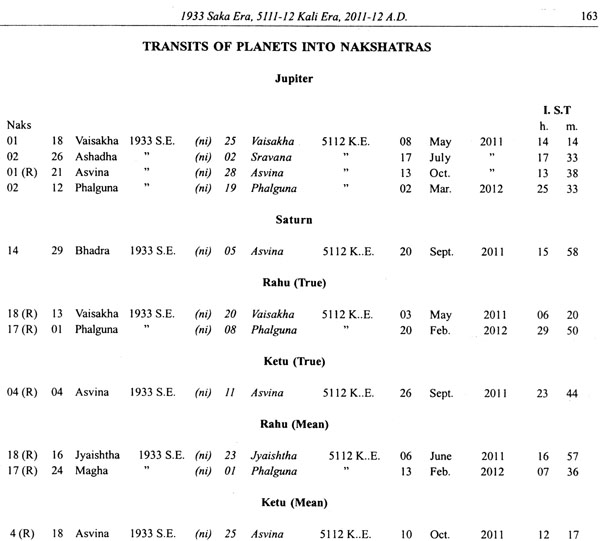