As the object of the present volume is sufficiently explained III the introductory chapter, very little need be added by way of preface to it. Like the preceding one, it is intended as a supplement to the volume on The Cave Temples of India, which was intended as a general resume of the whole subject, but required for its completion special descriptions, such as those contained in this work on the Elura Caves, and on the Brahmanical and Jaina Caves elsewhere in Western India. These three volumes thus complete the, description and illustration of the Cave Temples ill Western India, so far as the Archaeological Survey of the Bombay Presidency is at present concerned; and though they are far from exhausting the subject, they may be considered as giving a fair presentation of it. The illustrations of the art and mythology which these works contain, it is believed, will be found interesting and instructive by a numerous and varied class of cultivated and scientific readers.

The inscriptions from Kanheri Caves contained in this volume belong rather to the preceding one; but the first arrangements made for their translation having failed, they were delayed, and finally undertaken by Dr. G. Buhler, C.I.E., of Vicuna, whose able 'versions will be valued by scholars. 'To him and to Mr. James Fergusson, D.C.L., LL.D., F.R.S., whose valuable help and suggestions have been most readily" afforded me, I owe my most hearty thanks.

Materials have been partly collected for a full description of the Medieval Temples of the Canarese Districts of the Bombay Presidency, especially those at Gadag, Lakshmesvar, Lakkundi, Dambal, &c., which it is intended shall form the next volume of these reports; and that will probably be followed by another on the Architectural Remains in Gujarat and other districts in the northern parts of the Presidency.

Report on the Buddhist Cave Temples and Their Inscriptions
By Jas Burgess
$34.50
FREE Delivery
$46  (25% off) 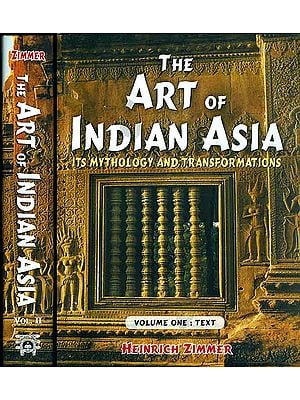