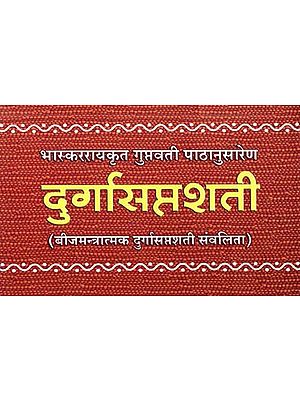 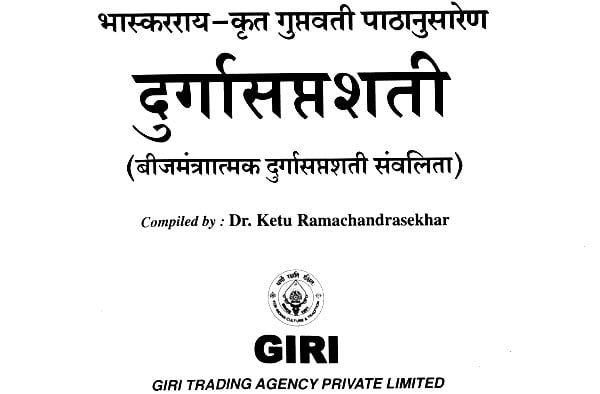 We are pleased to present to the world of upasakas this second and enlarged edition of Durga Saptashati. This edition faithfully adheres to the text and reading adopted by Sri Bhaskararaya in his Guptavati commentary of Saptashati. Sri Bhaskararaya takes Katyayani Tantra as a scriptural authority in dealing with the reading and ennumeration of the verses (full and half). The Guptavati commentary & Katyayani Tantra’s rendition was published in ‘Durgopasana Kalpadruma’ long ago from Bombay. Since the text is not easily available we are pleased to present their reading to the upasakas. Bhaskararaya has applied rules of ‘Purva Mimamsa’ in arriving at the correct reading.

This edition also carries the three Nama Suktas i.e. Kali, Lakshmi and Sarasvati Suktas in addition to the names of 64 yoginis whose chanting is endorsed by Haragauri Tantra. Also Bija Mantratmaka Saptashati is added in this edition.

Again a special Sankalpa too is another gem studded in this edition. Close scrutiny will show us the ennumeration of all the benefits acquired by the chanting of this ‘Saptashati’ enlisted in the words of Devi herself enlisted in the sankalpa.

Addition of 360 names of Chandika culled out from ‘Saptashati’ itself would prove useful for the sadhakas in contemplation of the deeds of Chandika as described in Saptashati while chanting these 360 names.

May Chandika Parameshwari be pleased with these efforts and be a source of comfort for all. 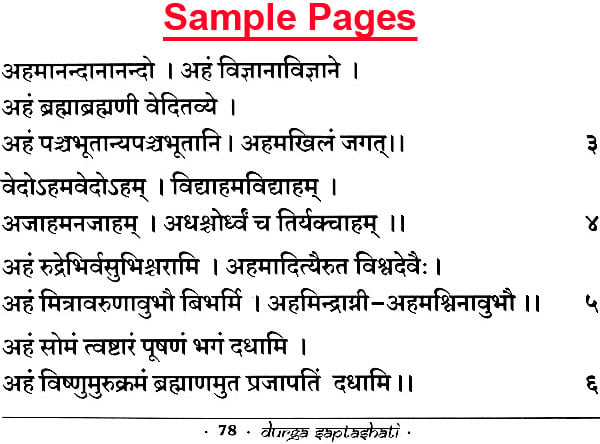 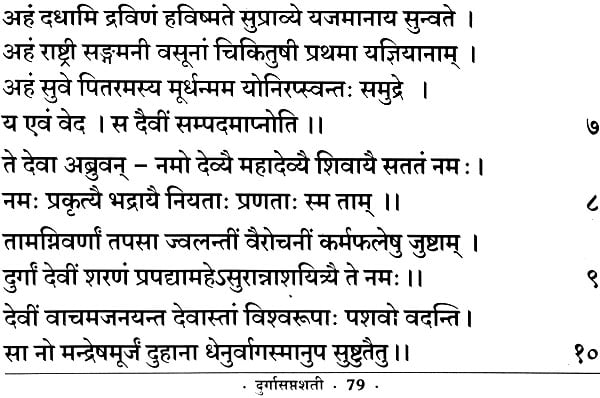 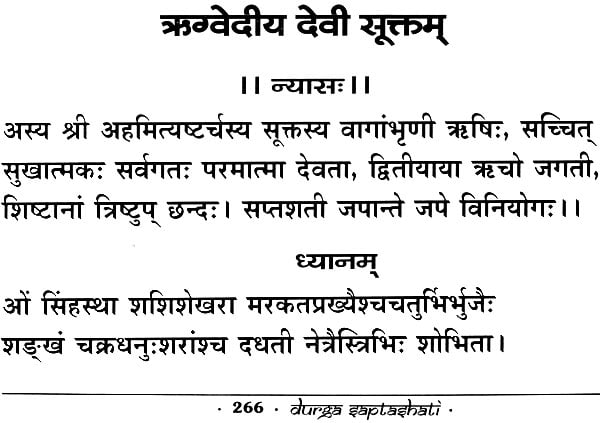 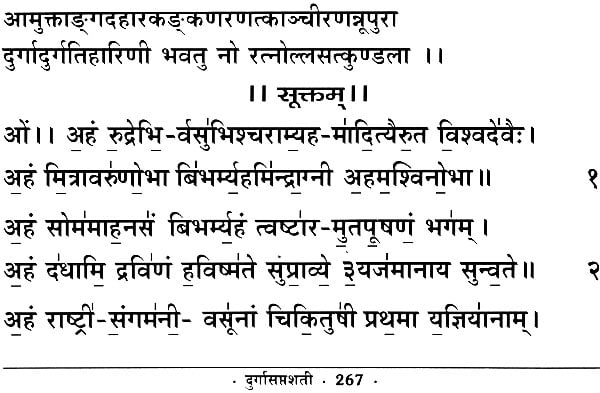 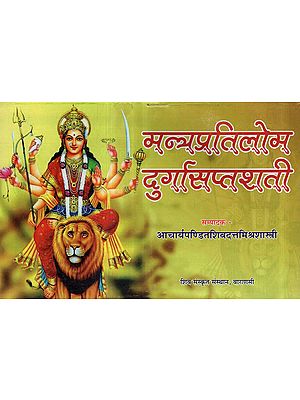 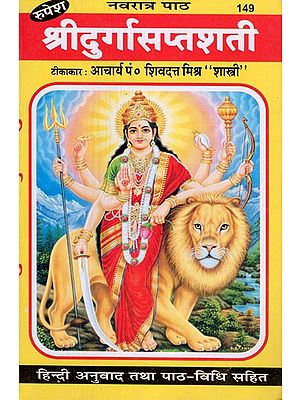 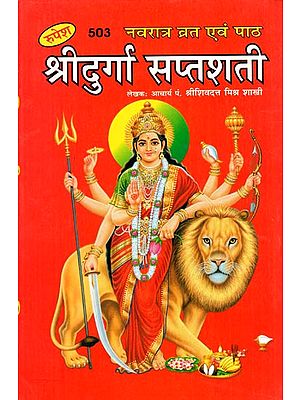 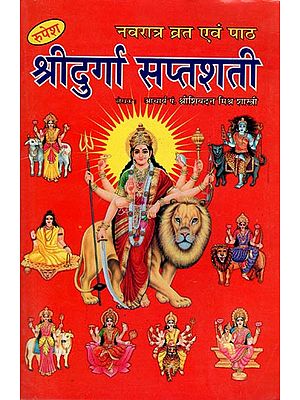 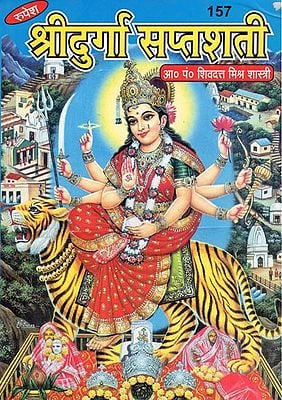 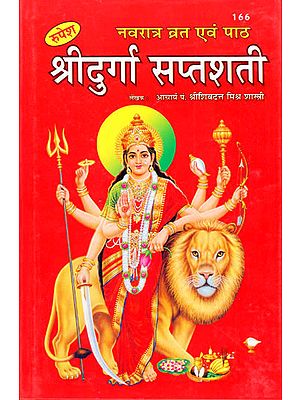 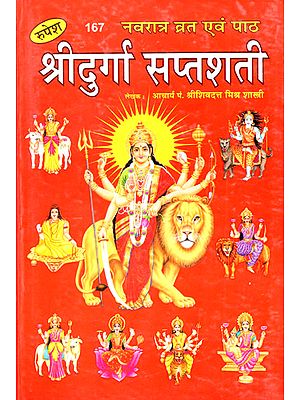 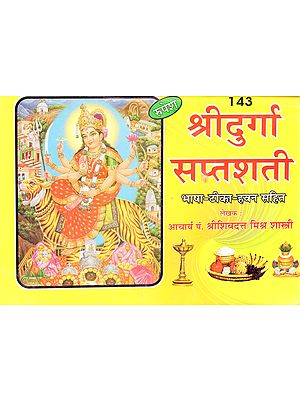 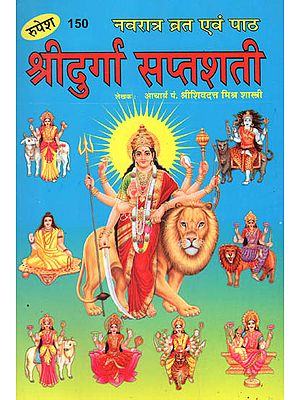 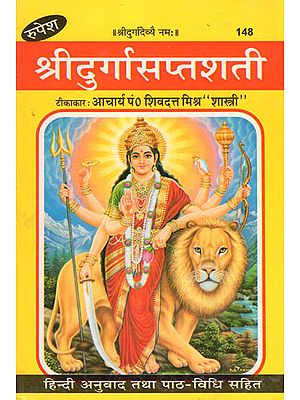 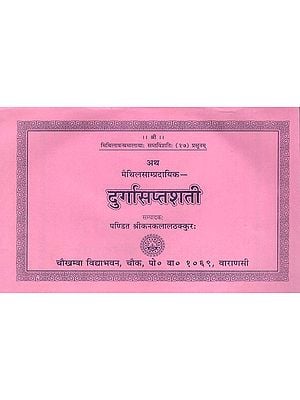 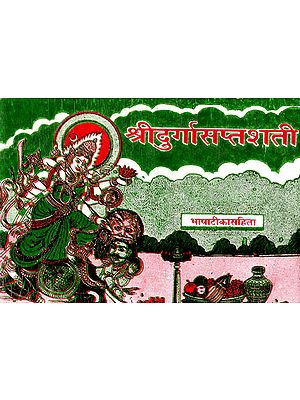 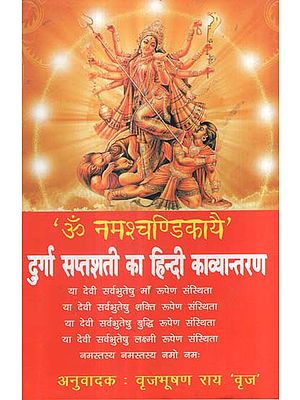 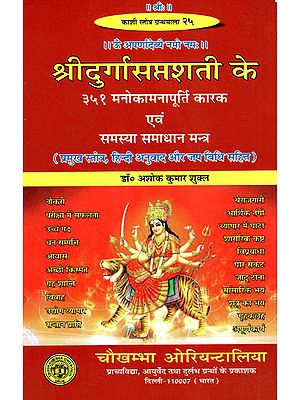