The Sound of Falling Leaves 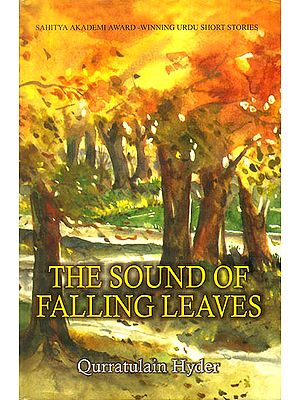 Qurratulain Hyder is one of the most celebrated and accomplished writers of Urdu fiction. She received the Sahitya Akademi Award in 1968 for the collection of her stories titled Patjhar ki Awaz (The Sound of Falling Leaves). Some of these stories present the disorientation of an entire generation as a result of the vivisection of the country, and the existential angst of the rootless. She can creat multiple voices and present a “magical” mix of docudrama and fiction. Hyder was recognised as an unusual writer while she was still a teenager. The eminent American novelist, James T. Farrell has written, “At that age if she had appeared in a major western language, she would have won greater acclaim than Francoise Sagan.

Hyder’s contribution of Urdu fiction is significant for its substance, its innovations and its fine alloys. Her Aag-ka-Darya (1959) was the first total novel in Urdu.

Qurratulain Hyder has published four collections of short stories, five novels, several novellas, reportages and translations. She has received the Padmashri, the Sahitya Akademi Award, the Soviet Land Nehru Award Iqbal Samman and the 25th Jnanpith Award. She was elected a Fellow of the Sahitya Akademi in 1994.

An amazing variety of experiences marks her career. She received the Masters degree in English Literature from the University of Lucknow and was trained in both Hindustani classical and Western music (pianoforte). She has illustrated her own novels. As a journalist she worked for The Daily Telegraph, London, Imprint Magazine, and The Illustrated Weekly of India. She has scripted documentary films and has been a broadcaster with the BBC, a Producer Emeritus, AIR, and a copy-writer with a top advertising firm of Bombay. She was advisor to the Chairman, Central Board of Film Censors, Bombay, has been a Visiting Professor in Indian universities and has given extension lectures in several universities in the West.

I always find it difficult to write or talk about myself. Much of the critics' jargon baffles me, so I cannot tell you how and why I write, nor can I pontificate on the theories of style and technique. For a creative writer style is something spontaneous and intuitive, not a theory or a literary exercise. But a writer certainly reflects and represents the spirit of the age. I cannot write in the old dastan style unless I make a conscious effort to do so. Nor can I write in the style of my parents and their contemporaries. They represented the spirit of their age (more of them later.)My first short story appeared in the highbrow journal Humayun, Lahore, when I had just passed my Intermediate Examination and was not aware of James Joyce and Virginia Woolf. What went into my writings unconsciously or otherwise, was the cumulative influence of my own culture and ethos. I consider myself a humanist, and this attitude is partly a throwback to the strong Sufi-secular undercurrent and tradition of Persian and Urdu literature. My interest in the socio-cultural and political history of India stems from my own cultural roots, as it were. Therefore, as an introduction to the stories included in this collection I would like to briefly spotlight the sociological hinterland of my work. I may add here that I happen to have a photographic memory and almost total recall of long-ago events, scenes and snatches of conversations. Most writers have this faculty otherwise they would not write. One of my earliest memories is that of myself perched on the shoulder of a Coan steward on the deck of S.S. Maharajah. We were on our way to the Andaman Islands. Port Blair is less hazy. A sprawling bungalow on stilts, Burmese and Punjabi servants, a private fire-engine downstairs. A sentry at the gate shouting from time to time Haalt hukum sadar which was the Urduised form of "Halt, who comes there?" Father was Assistant Revenue Commissioner of the islands where the notorious Cellular Jail had been originally set up for the rebels of the "Sepoy Mutiny". My great-grandfather Ahmed Ali had also fought against the British and had been ordered to be hanged. His life was saved, however, in a dramatic manner by his loyalist brother. Ahmed Ali's lands were confiscated, but he realized that the rebels failed because they lacked modern education. His grandsons were therefore sent to M.A.O. College, Aligarh.

Sir Syed Ahmed Khan's campaign for modernization created what I call the segment of "Muslim bhadralok". There were WOGS as well as Indophiles amongst them, almost like the Francophiles and Slavophiles of Czarist Russia. But most of them had evolved a comfortable blend of two distinct life- styles-Colonial English and Indian. This blend in fact was first created by the Sahebs of East India Company. My family was among these good people who were also fiercely proud of their own Indian civilization. They continued to live in a cultural half-way house till the partition of the country upset the applecart.

My ancestors, including some ladies, wrote poetry in Persian and Urdu. Basically it was a poetry-oriented society, Prose became important when Sir Syed Ahmed Khan (1837- lH99) and his colleagues simplified and modernized it so that it could express the aspirations, challenges and compulsions of contemporary life. Novel-writing became almost a pastime for Urdu writers. The younger generation of writers who rose to prominence included my great-aunt Akbari Begum (d. 1929) and my parents Sajjad Hyder Yildirim (1880-1943) and Nazar Sajjad Hyder (1890-1967). Their respective families, the Zaidis and the Rizvis, counted among their forefathers quite an array of famous sufis as well as barons and grandees whose names and deeds survive in the footnotes of the annals of Rohilkhand and Oudh.

Syed Ahmed Khan established his Mohammedan Anglo- Oriental School at Aligarh in 1875. (The very first appointment he made in his school, was that of a Sanskrit teacher.) Sajjad Hyder was one of the grandsons of Ahmed Ali (mentioned above) who were sent to Aligarh in 1892.

Sir Syed wanted an amalgam of East and West and he held up semi-European Turkey as a model of this amalgam. Turkish generals who had taken on the European powers were being greatly admired by the recently defeated Indians. Pandit Ratan Nath Sarshar had sent his hero Azad to fight along- side the Turks in the Turco-Russian War of 1875 in his magnum opus Fasuna-i-Azad (1880).

Haji Ismail Khan was a close associate of Sir Syed. He had lived in Turkish Arabia and knew the language. In 189H he started a modern literary journal Maarif and modelled it after the Turkish magazine Sarwat-o-Funoon. Sajjad Hyder became Haji Ismail Khan's literary assistant. The Ha]i also taught him the Turkish language. Sajjad Hyder transcreated Turkish novels, novellas and short stories into Urdu. As an undergraduate, he also wrote innovative verse. His poem "The Ultimate in Sadness" was published in Dilgudaz in 189H with a note by its celebrated editor, Abdul Halim Sharar: "This poem has been sent to us by a brilliant student of Aligarh. It cannot be denied that this poem sets a new example to those who wish to widen the metrical scope of poetry." But prose was Yildirim's forte. As a radical undergraduate, he wanted people to say their prayers in Urdu and with their boots on, discard the custom of arranged marriages and abolish the seclusion of women. He also became one of the pioneers of Urdu short story, for he wrote and published many original short stories during his tenure (1904-1907) as dragoman and Vice-Consul at the British Consulate in Baghdad. The collection of his stories and adaptations entitled Khiylistan came out in 1910 and became a trend-setter and a landmark in Urdu literature.

Syed Mumtaz Ali of Deoband, U.P., was a young friend of Sir Syed. He took up the cause of women's emancipation. In 1898 he started a weekly magazine called Tehzib-i-Nisiuan. It was published from Lahore and was edited by his wife Mohammadi Begum. Soon the magazine produced a crop of women writers.

My great-aunt Akbari Begum, mentioned earlier, was also one of these early pioneers. In her first novel, published in 1H9H, young Akbari Begum presented her heroine, a nawabzadi of Lucknow, studying chemistry and mathematics at home. In her best-known and eminently readable novel Goodar Ka Lal (A Gem in Rags, 1908) her heroine Surraiya is a co-ed in Lahore Medical College. Therefore, she has discarded the veil, but darkens her face with brown powder in order to look unattractive! Goodar Ka Lal was written immediately after Japan's victory over Russia. This was indeed a famous victory and had been acclaimed by all colonial peoples as a triumph of the 'East over Europe. So Akbari Begum's hero also does not go to England. Instead he goes to Japan "to be trained in modern industry".

Akbari Begum's niece, Miss Nazrul Baqar (kindly note 'Miss' to denote modernity), was educated at home by an Englishwoman called Mrs. Wales. She began writing at a very young age. Maulvi Mumtaz Ali appointed her the honorary editor of Phool, the famous children's weekly, a sister publication of Tehzib-i-Nisioan, She also wrote children's books which were prescribed by the Punjab Textbook Committee. The bicycle-riding female had become a symbol of the New Woman in England. So miss Nazrul Baqar and her younger sister also rode bicycles inside their compound, for they were still in purdah. They lived in Kohat, N.W.F.P., where their father was based as an army contractor, Miss Baqar was an active member of various social and educational movements of the time. She became an amateur photographer and a fashion designer, all in the first decade of the twentieth century. In the new dress style which she created she combined the "Brahrnuka sari" (first introduced by Mrs. Surendra Mohan Tagore) with the Edwardian blouse and the Delhi-Lucknow gharara. Since she had simplified these elaborate dresses, the new style gained instant popularity.

In its issue of August 1908, Khaloon, Aligarh, published a photograph of the wedding, in London, of Alma Latifi with Nasima, daughter of Justice Badruddin Tyebjee. The bride wore a combination of the Bohra gown with the Western-style wedding dress, much like he hybrid dresses worn by Suniti Devi, Maharani of Cooch Bihar. 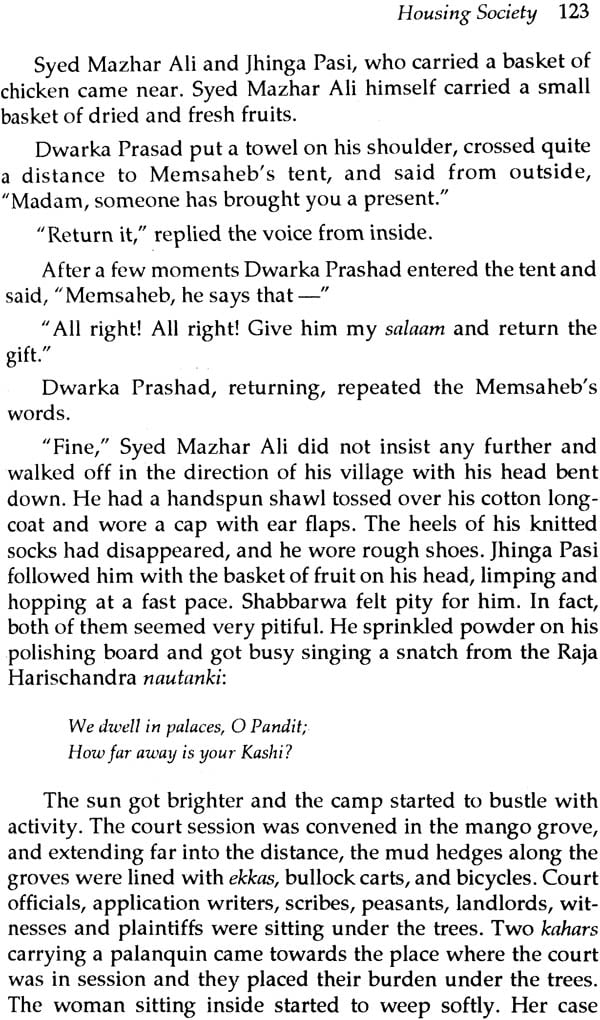 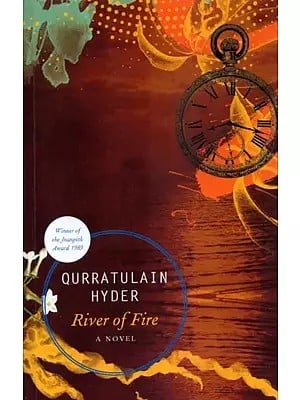 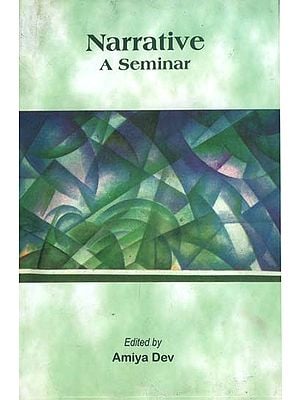 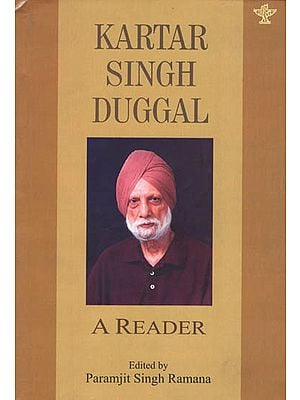 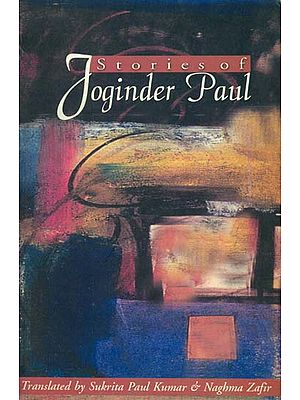 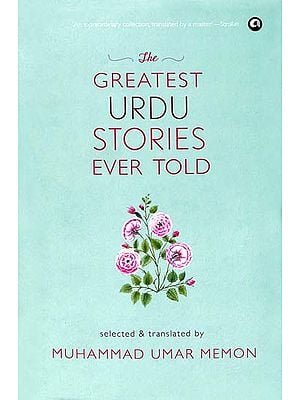 The Greatest Urdu Stories Ever Told
By Muhammad Umar Memon
¥5264

The Taste of Words: An Introduction to Urdu Poetry
By Raza Mir
¥3248 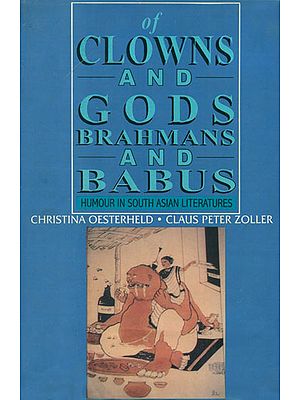 Of Clowns and Gods, Brahmans and Babus (Humour in South Asian Literatures)
By Christina Oesterheld and Claus Peter Zoller
¥2777 ¥3472  [ 20% off ]