Sri Ramana : The Sage of Arunagiri (A Brief Life-Sketch of The Sage and His Teachings) 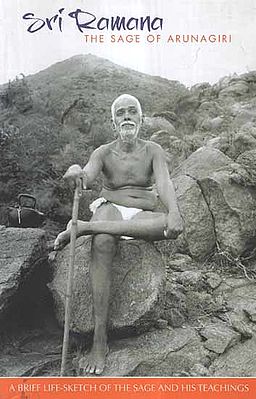 First released on the 63rd Jayanti Celebration of Sri Ramana Maharshi, Sri Ramana, The Sage of Arunagiri fascinated scores of seekers for whom this small book was an introduction into the life and teachings of a living sage, residing at the Holy Arunachala Mountain.

The captivating portrayal of the Sage’s life, a condensed anthology of the essential teachings of the Master and extracts from renowned texts like the Yoga Vasishta have served to ensure the longevity of this publication.

I deem it a pleasure and a privilege to write a foreword to this brief and bright book about a very great Personage. It is difficult to define Greatness, and it is yet more difficult to comprehend and evaluate supreme greatness in any field. The difficulty is greatest when we have to shed our petty but powerful passion of identity with our body which cuts the joyous Infinite into painful finiteness. And yet we must conquer the difficulty, at least in some measure as a matter of intellectual assent, if we wish to comprehend and evaluate the greatest spiritual genius known as BHAGAVAN SRI RAMANA MAHARSHI. I have met the Sage of Tiruvannamalai off and on, and after considerable intervals of time, a fact which, I flatter myself, has enabled me to combine the two somewhat inconsistent angles of vision viz., attachment and detachment. I was first puzzled and then fascinated by him, as naturally happens when a person passionately seeking peace comes across one who has passed that probationary stage and has touched the innermost core of peace and found it to be not mere calmness but also radiance and rapture, because those who reach the incandescent centre of things have:

No shade of doubt,
But utter clearness, and through loss of self
The gain of such large Life as matched with ours
Were Sun to spark unshadowable in words,
Themselves but shadows of a shadow-world!

Sri Ramana Maharshi has had to pay the usual penalties of greatness. He has been pursued by many interpreters and admirers. Many have merely admired him and some have interpreted him, and very few have understood him. That is inevitable in the case of a great genius of an unusual type, because how many are there or can there be, who feel an imperious inner urge for the realization of the Infinite while yet a boy? Sri Ramakrishna Paramahamsa had a similar urge. An admirer from the West has given a luminous pen-picture of the Sage as he found him at the first interview: “His body is supernaturally quiet as steady, as a statue. Not once does he catch my gaze, for his eyes contrive to look into remote space, and infinitely remote it seems.” The writer then interrogates himself: “Does this man, the Maharshi, emanate fragrance from its petals?” He eventually gets a kinship of mood which enables him to glimpse Maharshi’s mood and says, “I have drunk the platonic cup of Lethe, so that yesterday’s bitter memories and tomorrow’s anxious cares have disappeared completely. I have attained divine liberty and an almost indescribable felicity, for I understand in the deepest possible way that to know all is not merely to pardon all, but to love all. My heart is remoulded in rapture.”

Romain Rolland says that in Europe such a child would be placed in a mental hospital. But India – to use the language of the Gita – knows that what is darkness to all beings is radiance to the Samyami. The author appropriately adds to his work a brief but comprehensive exposition of the teachings of the Sage, adopting, as far as possible, the same expression and language used in other books published by the Asramam, thus representing accurately the different aspects of the Eternal Truth, of which the Sage of Arunagiri is himself the living Embodiment.

The work is thus attractive and illuminating. It brings before my mind’s eye very vividly the Maharshi as I saw him a few months ago during the Karthigai Deepam season, sitting on his couch with eyes Visioning the Light of lights which is inside the inside and yet beyond the beyond, while the surging crowds poured in and bowed and sat in reverential awe, a subtle incense spread all round us, and the full moon shone at its zenith in the azure sky. 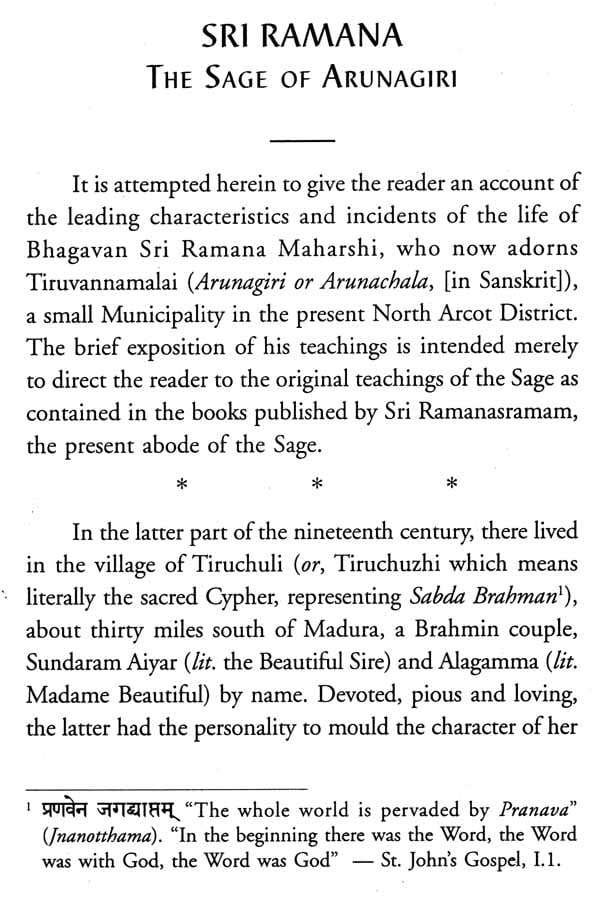 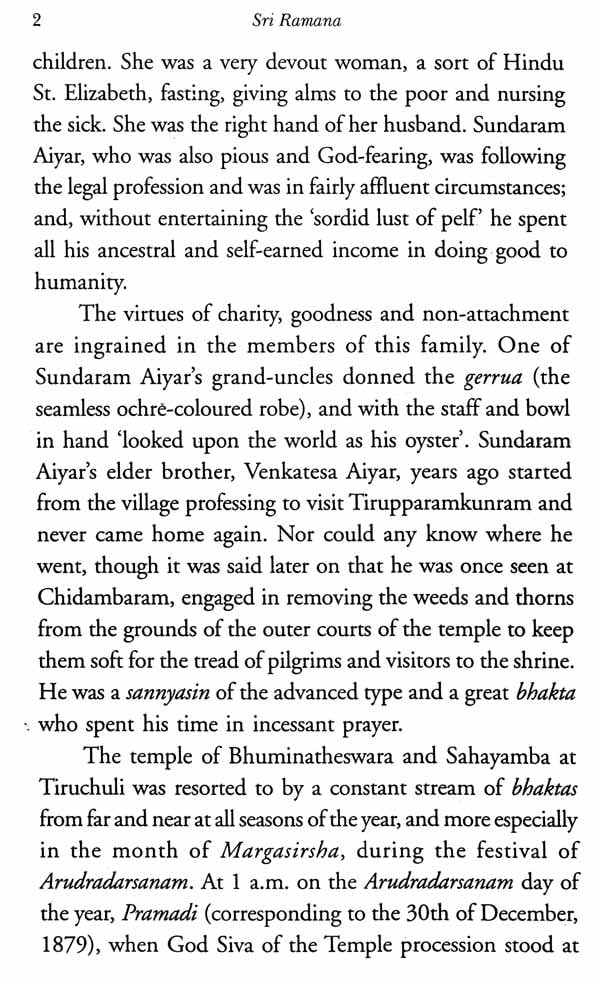 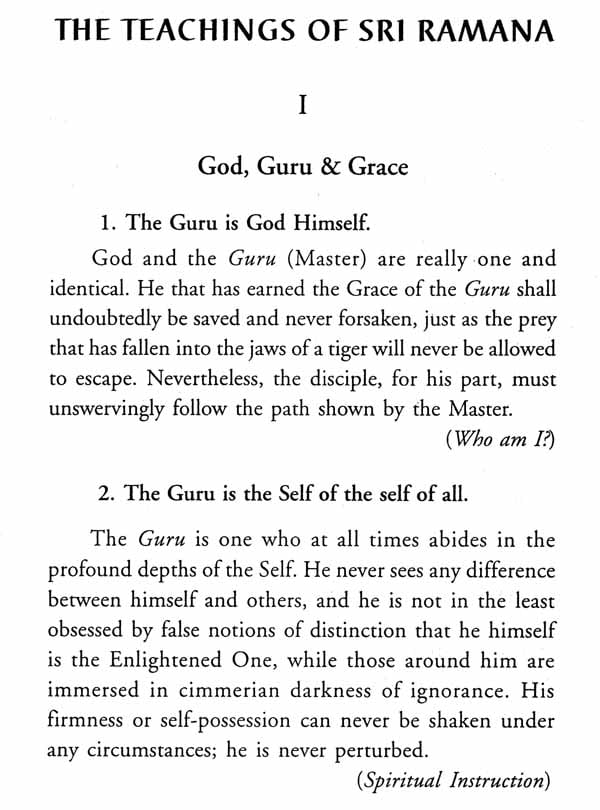 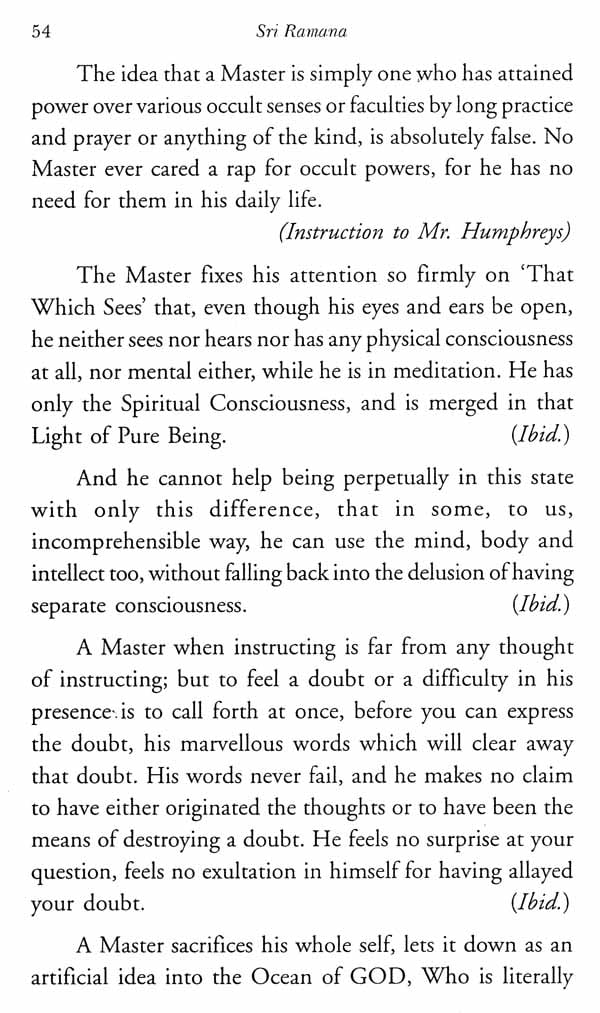 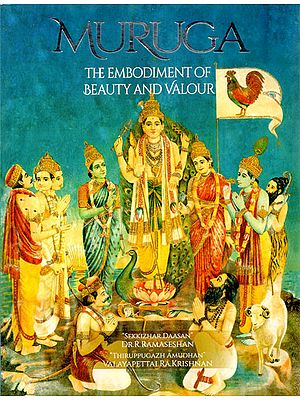 Muruga- The Embodiment of Beauty and Valour
By R. Ramaseshan and Valayapettai Ra. Krishnan
$25.00
FREE Delivery 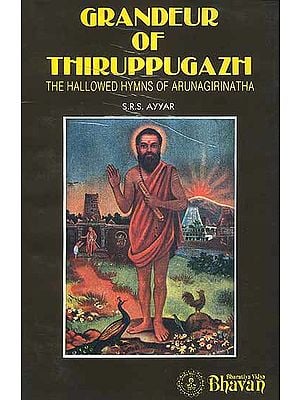