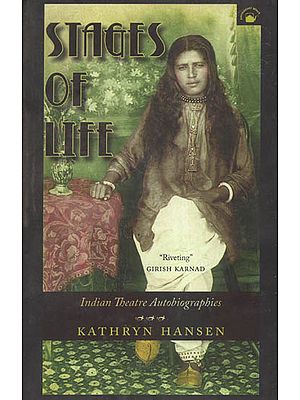 FREE Delivery
$40
Quantity
Ships in 1-3 days
Notify me when this item is available
About the Book
By the end of the nineteenth century, Western-style playhouses were found in every Indian city. Professional drama troupes held crowds spellbound with their spectacular productions.

From this colorful world of entertainment come the autobiographies in this book. The life-stories of a quartet of early Indian actors and poet-playwrights are here translated into English for the first time from Hindi and Gujarati.

The most famous, Jayashankar Sundari was a female impersonator of the highest order. Fida Husain Narsi also played women's parts, until gaining great fame for his role as a Hindu saint. Two others, Narayan Prasad Betab and Radheshyam Kathavachak, wrote landmark dramas that ushered in the mythological genre, intertwining politics and religion with popular performance.

These men were schooled not in the classroom but in large theatrical companies run by Parsi entrepreneurs. Their memoirs, replete with anecdote and humor, offer an unparalleled window onto a vanished world. India's late-colonial vernacular culture and early cinema history come alive here. From another perspective, these narratives are as significant to the understanding of the nationalist era as the lives of political leaders or social reformers.

This book includes four substantive chapters on the history of the Parsi theatre, debates over autobiography in the Indian context, strategies for reading autobiography in general, and responses to these specific texts. The apparatus, based on the translator's extensive research, includes notes on personages, performances, texts, vernacular usage, and cultural institutions.

About the Author
KATHRYN HANSEN is a leading scholar of South Asian theatre history, especially the Hindi and Urdu traditions of North India. Her work has highlighted heroic women in myth and history, theatrical transvestism in the nationalist period, composite culture and cosmopolitanism, and community formation through theatrical performance. She has authored Grounds for Play: The Nautanki Theatre of North India, translated The Parsi Theatre: Its Origins and Development, and co-edited A Wilderness of Possibilities: Urdu Studies in Transnational Perspective. Having taught at the University of British Columbia, the University of Chicago, and Rutgers University, she is now Professor in the Department of Asian Studies at the University of Texas at Austin.

KATHRYN HANSEN is a leading scholar of South Asian theatre history, especially the Hindi and Urdu traditions of North India. Her work has highlighted heroic women in myth and history, theatrical transvestism in the nationalist period, composite culture and cosmopolitanism, and community formation through theatrical performance. She has authored Grounds for Play: The Nautanki Theatre of North India, translated The Parsi Theatre: Its Origins and Development, and co-edited A Wilderness of Possibilities: Urdu Studies in Transnational Perspective. Having taught at the University of British Columbia, the University of Chicago, and Rutgers University, she is now Professor in the Department of Asian Studies at the University of Texas at Austin.

Preface
This book tells the stories of four men whose lives were profoundly touched by the Parsi theatre. Their tales begin near the end of the nineteenth century. In 1898, a boy named Jayashankar began his career as a 9-year-old child actor. Recruited from Visnagar, a small town in Gujarat north of Ahmadabad, he travel-ed the long distance to Calcutta to join a Parsi theatrical company. In the same year, hit tunes from the Parsi theatre were echoing through the lanes of Bareli (Bareilly), in what is now northern Uttar Pradesh. There a boy named Radheshyam, almost the same age as Jayashankar, took to singing in the Ram Lila. A third young man, a poet named Betab, was then working at the Kaiser-i Hind Printing Press in Delhi. A restless theatre enthusiast of 24, he had just started writing plays for the Parsi stage. In the following year, 1899, the youngest in our quartet, Fida Husain, was born in Muradabad (Moradabad), a center for artisans not far from Bareli. Although singing was forbidden in his house-hold, he too became infatuated with the Parsi theatre. When he reached adolescence, he ran away from home to join a traveling company.

The lives of these boys were to be irrevocably altered by the Parsi theatre of the early twentieth century. Raised in humble circumstances, they grew up poor and unlettered. They went on to earn fame and fortune in their theatrical careers. The stage became their schoolhouse, bestowing on them its store of knowledge. When the tours of the companies separated them from their homes, they found surrogate families in the troupes they joined. Here they received sustenance and affection, imbibed discipline and respect for authority. The theatre took advantage of them, used them, and broke their health and spirit from time to time. But it also enabled them to develop their gifts, and they blossomed as singers, dancers, and poets. Through the professional stage these boys entered a larger world, an arena of possibility. The Parsi theatre turned these boys into men.

Jayashankar and Fida Husain became well-known actors; Betab and Radheshyam achieved fame mainly as playwrights and publishers. Each made valuable contributions to India's theatrical history. Jayashankar crafted a new feminine persona through his seductive impersonations of respectable young women. Fida Husain too excelled as a female impersonator, but he became most famous for his enactment of religious devotion in the role of the saint-poet Narsi Mehta. Both Betab and Radheshyam popularized the Hindu mythological genre in a period of national awakening. These achievements reoriented the half-century-old Parsi theatre, shifting it toward new agendas and audiences. It is because of these four men, and one or two others such as the playwright Agha Hashr Kashmiri, that the Parsi theatre continued to thrive well into the twentieth century. Through their life-work, the popular stage was able to retain, its audience even after cinema made inroads in South Asia.

The end of the nineteenth century, when these impressionable boys took to the stage, was an age of infectious song and story. Every region of India possessed its own mix of popular oral genres. Frequently, these forms were central to the repertoires of hereditary performing groups or subcastes. Radheshyam, like his father, was a Kathavachak, a storyteller who expounded upon religious verse for a living. Jayashankar was from the Nayak or Bhojak community who recited genealogies and narrative song-cycles for Jain patrons. Coming from artisan backgrounds, Betab and Fida Husain were not born into performing communities. They inherited the secular songs and theatre forms of North India: lavani, Svang, and Nautanki.

Then, from the port city of Bombay came a cosmopolitan entertainment culture carried by traveling theatre companies run by Parsi businessmen. These drama troupes brought a new level of sophistication to popular performance. Capitalizing on technologies introduced by European thespians, they paraded showy styles of acting, singing, and emplotting drama. The proscenium stage was newly adopted and outfitted for theatrical representation. Roving companies stayed for months in small towns like Bareli, where they rented family mansions for rehearsals and erected tin-roofed playhouses for their shows. 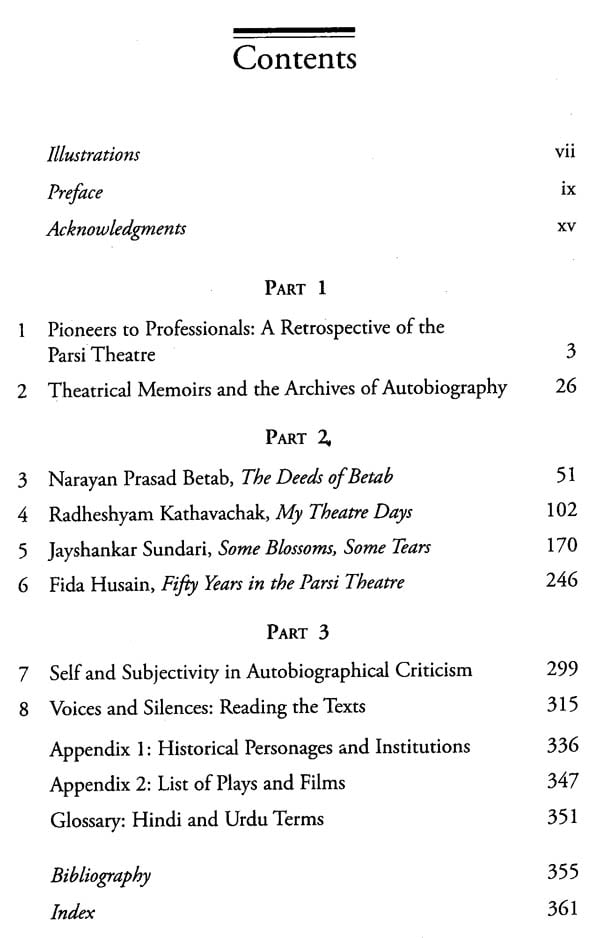 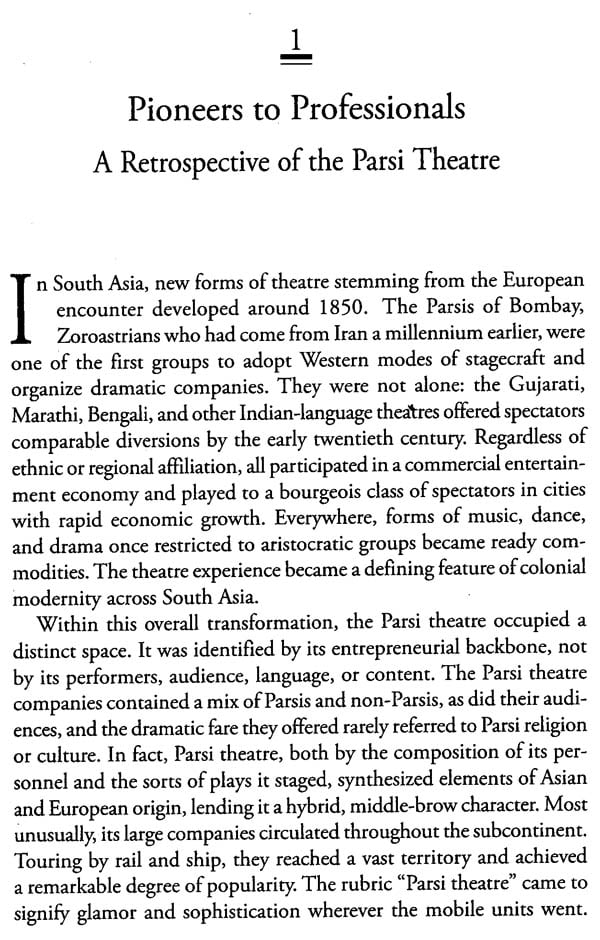 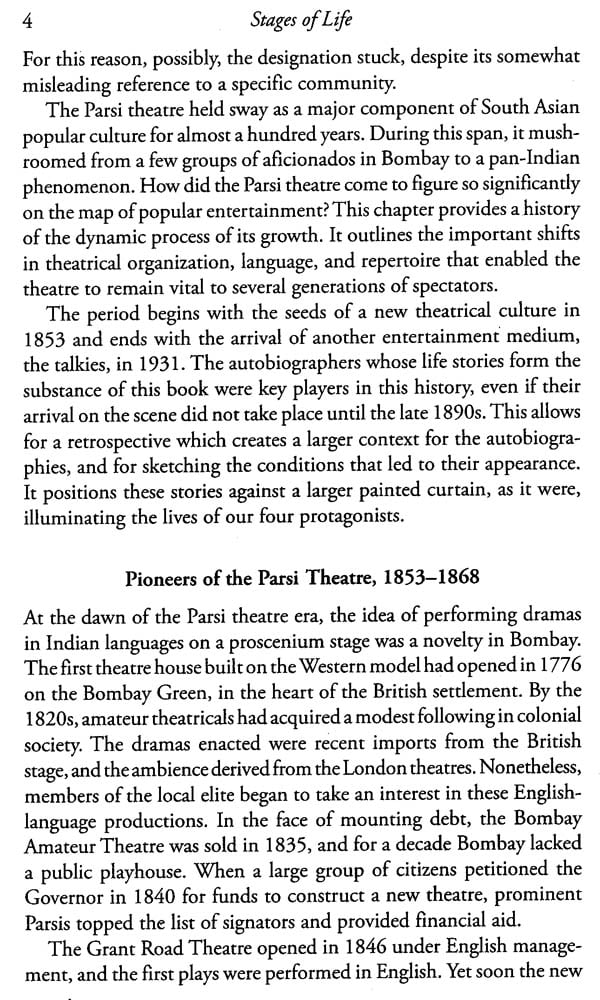 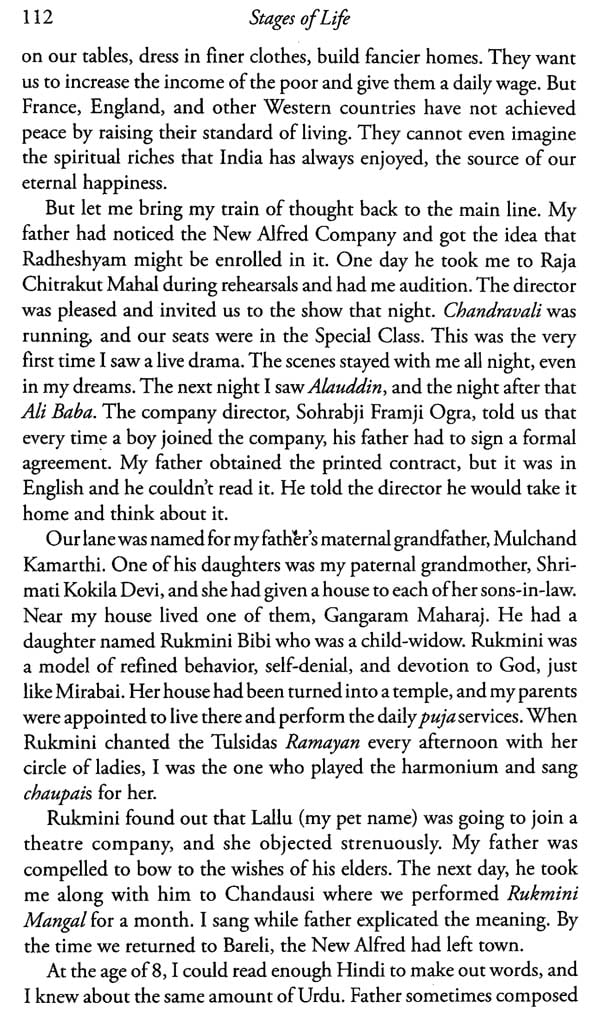 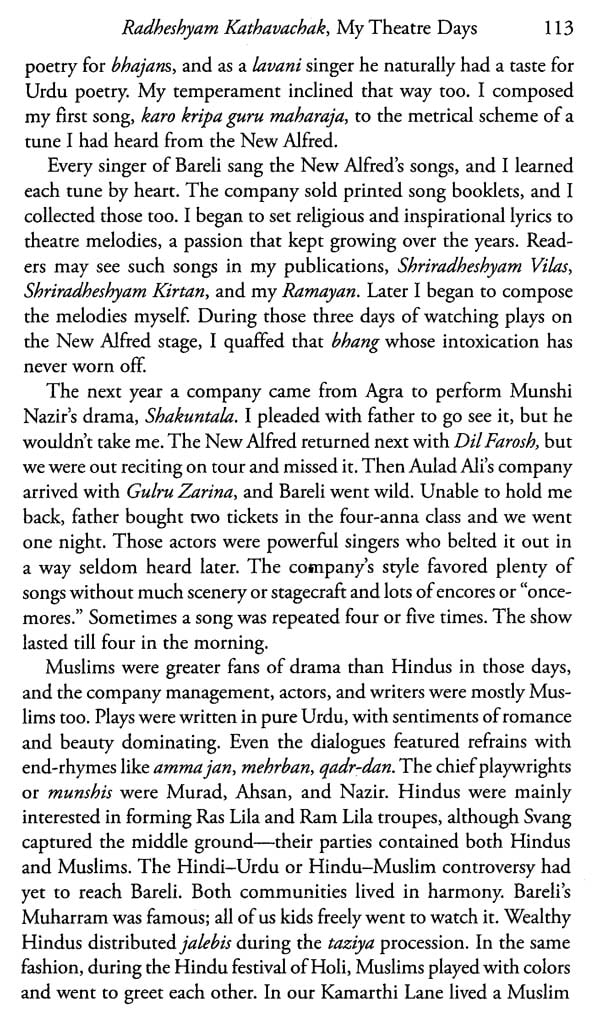 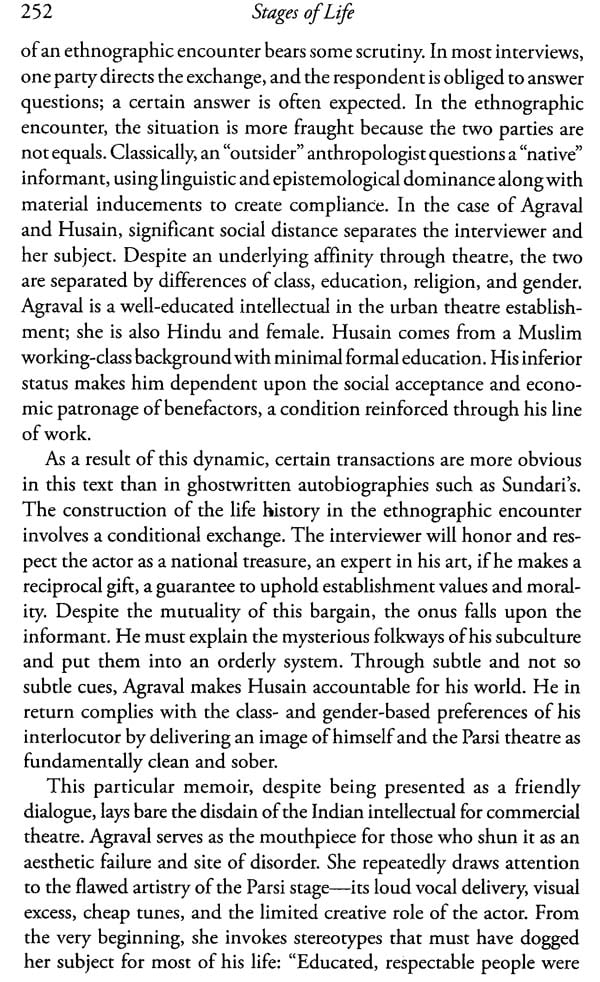 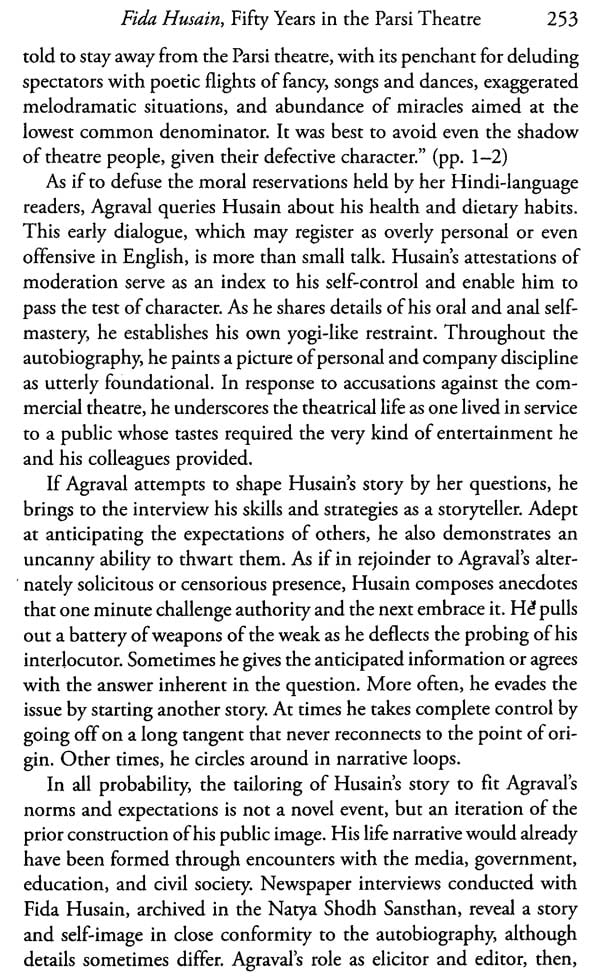 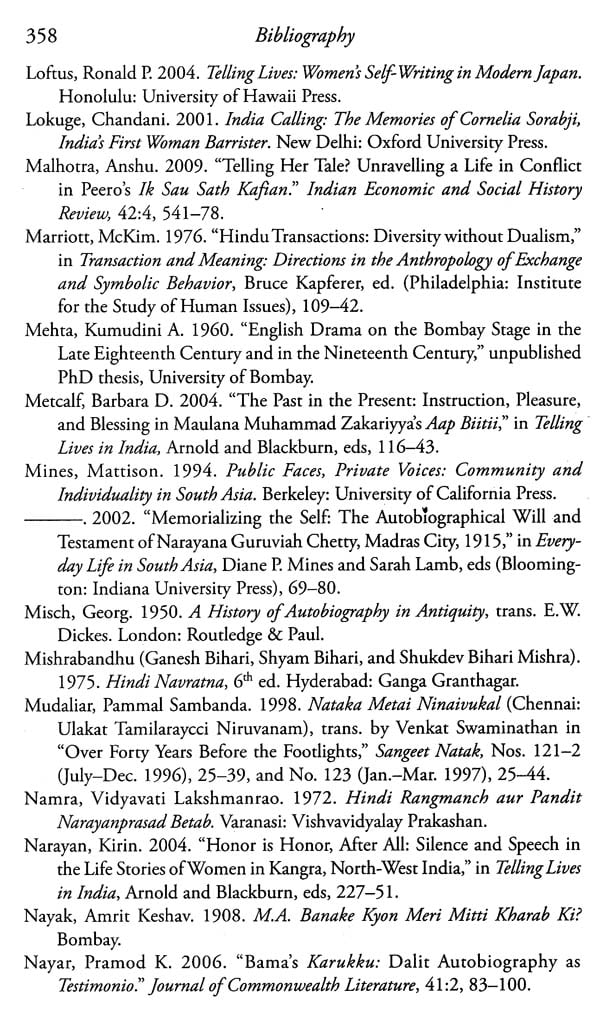 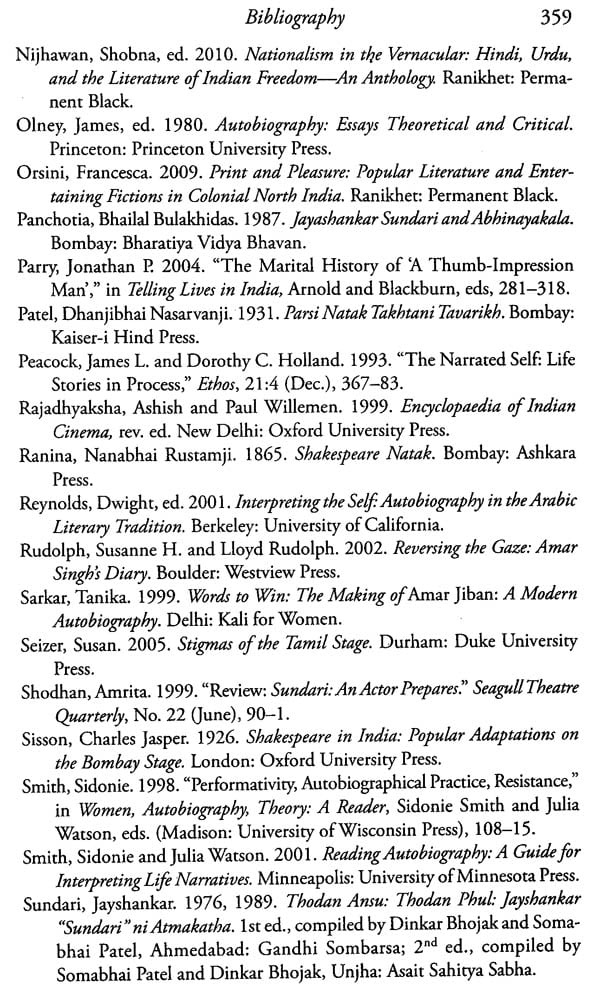 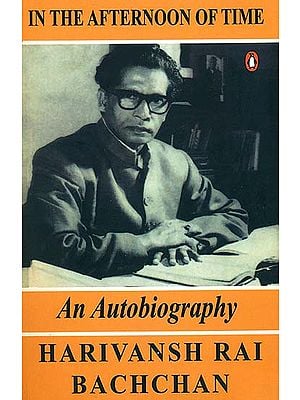 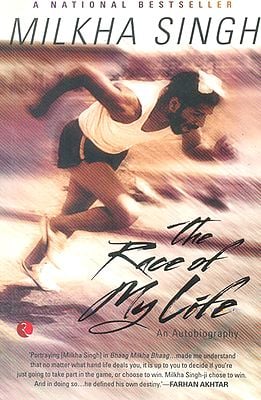 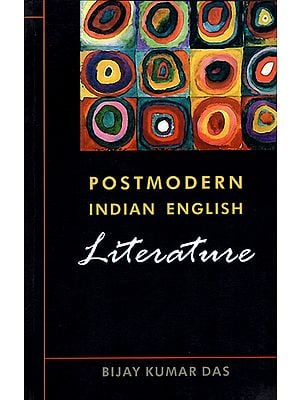 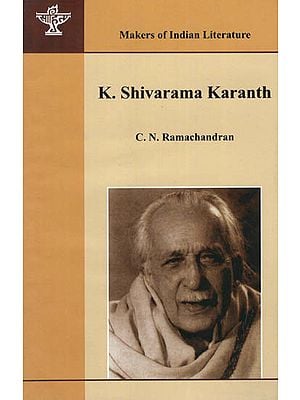 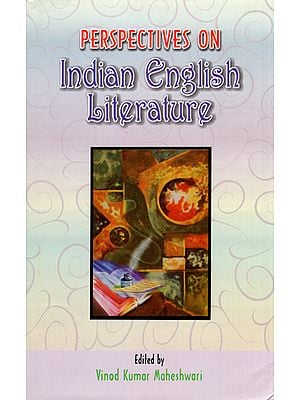