Studies in Sanskrit Grammars: Proceedings of the Vyakarana Section of the 14th World Sanskrit Conference

The importance of ancient and medieval contributions in India to the field of vyakarana and thereby to our knowledge of grammar and the history of linguistics is universally accepted. This volume presents sixteen contributions to this field of study which were presented at the fourteenth World Sanskrit Conference held in Kyoto, Japan, September lst-5th 2009. The papers cover a wide range of subjects, both chronologically and thematically. Most of the studies concern aspects of Paininian grammar, with respect to both Pãnini’s grammar proper and to works of Paniniyas, including Patanjali’s Mahabhasya, Bhartrhari’s Vakyapadiya and the Kasikavrtti of Jayaditya and Vamana. There are also contributions that range farther afield, covering the Sanskrit grammar of Paulinus a Sancto Bartholomaeo, Páninian features to be seen in the Lilatilakam of fourteenth century Kerala, and a study considering whether formal hand gestures used in Indian dance can possibly come within the range of what is called vyakarana. This collection should be of interest not only to Sanskritists but also more generally to students of Indian culture and linguists.
Preface

The articles in this volume stein from sixteen of the papers presented at the vyãkarana section of the fourteenth World Sanskrit Conference held in Kyoto, Japan, September lst—5th 2009. As could be expected, most of the articles concern Panini in one way or another, but there is also considerable variety in the particular areas studied.

There are, to begin with, articles considering technical aspects of Pãnini’s system. Two authors consider decision procedures with which Pãnini operates to ensure that sütras of his Astadhyayi apply to account for desired results. Peter Scharf deals with relations such as those which obtain between general rules (utsarga) and related exceptions (apavada) and internally conditioned (antarañga) and externally conditioned (bahirañga) operations. George Cardona argues that, though they are stated under the heading (adhikara) A 8.2.1: purvatrasiddham, some rules of the tripadi are not suspended (asiddha) with respect to preceding rules and that this is known by inference. Kalindi Shukla considers heading rules (adhikarasutra) in general, from a historical viewpoint, arguing that the source of this type of sutras is to be found in pre-Paninian pratisakhya treatises.

Also dealing with technical aspects of grammar, Amba Kulkarni and Akshar Bharati consider what the notion of subject’ corresponds to in the Pãninian system.

Boris Zakharyin deals with Paninian sutras that introduce the augment sUT to bases such as kr used with certain preverbs, as in sam-skartum ‘to adorn, purify, form a group’, both formally and in connection with the Proto-Indo-European source of the augmented base skr.

Several authors concentrate on post-Paninian works. One, Shri Krishan Sharma, describes a very recent work, the Sabdajyotsna of Pt. Bhiksharama (1887-4975), which is doubtless modelled on such post-Paninian grammars the Jainendravyakarana. Other studies pertain more directly to Pänini. Malhar Kulkarni considers issues pertinent to editing the texts which incorporate groups of items (gana) referred to in Paninian sütras stating operations relative to such sets, as incorporated in the Kãsikävrtti (7th c. AD). Maria Piera Candotti takes up the question of how groups of examples illustrating the application of rules relate to the composition of later recasts of the Astadhyayi that organize sutras in conformity with the procedure (prakriya) involved in deriving forms of various classes. Jan E. M. Houben considers the suffix Se, which Panini introduces as a replacement for certain nominal endings in Vedic usage, as this is dealt with in the Prakriyasarvasva of Melputtar Närãyana Bhatta (Naryapabhata, l6th—17th c. AD).

Two contributions concern Bhartrhari (4th—5th c. AD). Hideyo Ogawa studies discussions in this author’s Mahabhasyadipika and autocommentary on his Vakyapadiya that deal with the interpretations of the rule ig yanah samprasãranam (Astadhyãyi 1.1.45), concentrating on Bhartrhari’s views concerning utterances and their meanings. Jaehyung Yi takes up the phrase eke pracaksate ‘some say’ used in the Väkyapadiya, in order to determine whom Bhartrhari referred to by eke ‘some’.

Two papers have to do more narrowly with terminology. R. K. Sharma discusses the term vibhakti as used in the Astadhyayi. Ashok N. Aklujkar deals at considerable length with the term pratyañga as used in Patañjali’s (2nd c. BC) Mahabhaya and elsewhere.

Ranging farther afield, we have a pilot study by Emilie Aussant on how models of Sanskrit grammar—primarily the Päninian model—could be used in describing other languages. The author takes up Pãninian features in the Lilãtilakam (14th c. AD), which describes the mediaeval literary language of Kerala. Also related to Kerala, we have a study by Carmela Mastrangelo concerning the Sidharubam sen Grammatica Samscrdamica of the Carmelite priest Paulinus a Sanco Bartolomeo, who spent over a decade (1776—89) in this part of South India. Finally, Biliana Muller considers whether formal hand gestures used in Indian dance can possibly come within the range of what is called vyãkarana.

The subject matter covered by contributors to this volume is wide ranging and we trust these studies will contribute substantively to the appreciation of Indian grammatical thought.

The editors intended this volume to be published prior to the fifteenth World Sanskrit Conference, to be held in Delhi in January of 2012. The great majority of authors, moreover, were most cooperative in submitting their scripts and proofs and reacting promptly to editorial comments, for which we are grateful. I personally wish also to acknowledge the devotion and hard work of Hideyo Ogawa, who took on the burden of setting the texts and distributing comments and proofs to authors.

Professor Akihiko Akamatsu of the University of Kyoto worked very hard and efficiently for the organization of the 14th World Sanskrit Conference at his university. The effort he and his team of capable, well-informed and cheerful helpers, including both faculty and students, invested did result in a successful and smooth running of the conference. The participation of Professor Masaaki Hattori, the cloyen of Japanese Indologists, Professor Yasuke Ikari, a regional director of the International Association of Sanskrit Studies, Professor Muneo Tokunaga, the chairman of the Conference, and Professors Masato Fujii and Yuko Yokochi. who constituted the Conference Secretariat along with Professor Akamatsu, also contributed to the success, grace and pleasant atmosphere of the week-long event.

Later, in the matter of helping with the publication of this volume containing select papers read in the Vyakarana section, Akamatsu continued with his usual constructive collegiality and facilitated the financial assistance that a scholarly publication like the present one needs. The editors are grateful to him and the International Association of Sanskrit Studies for the indirect but invaluable contribution which led to the realization of the following collection of historical, textual, and critical essays.

After the initial arrangements were in place, Mr. Susheel K. Mittal of DK Printworld moved expeditiously and agreed to publish the volume at an early date. We the editors wish to thank him for his professionalism as well as accommodative spirit.

The contributors to this volume have been patient and generous in their actions with the editors. They have shown awareness of the other commitments the editors were trying to meet during the period of editing, and they have taken the differences of views and suggestions for improvement with an open mind as one expects in the case of true scholars. Without their cooperation, the project would not have proceeded as well as it did.

In my personal capacity as one of the editors, I would particularly like to put on record my appreciation of the especially significant role played ‘ Professor Hideyo Ogawa in the management of the editing process and in ensuring that the volume attains a respectable and consistent scholarly form. He was the one who converted the varying computer inputs sent to iio one uniform input. He did the demanding initial proof reading of each article. His eye was always alert in the area of making sure that the volume did not deviate from the style sheet we had adopted. He was the one who communicated with the authors in most instances and kept track of the several proofs that were exchanged. While discharging these responsibilities, he had to carry out his usual teaching and administrative responsibilities at the University of Hiroshima. In the final stage of editing, he even has to attend to the needs of families affected by the earthquake and tsunami in Japan. Along with Professor George Cardona(see Preface), I consider my self fortunate and honored to have collaborated with Professor Ogawa in bringing the present collection of Vyakarana essays to completion. 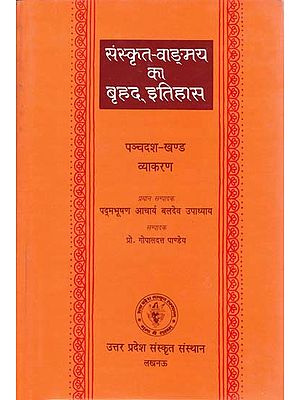 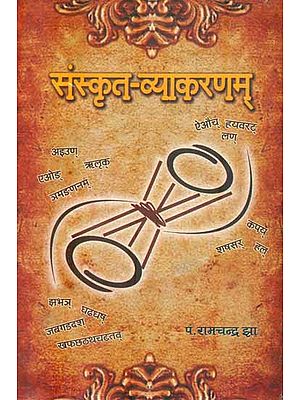 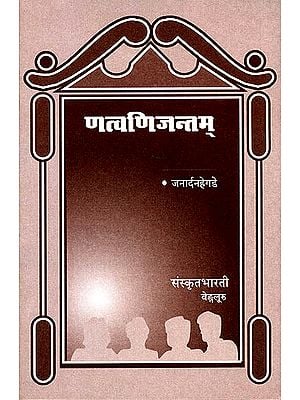 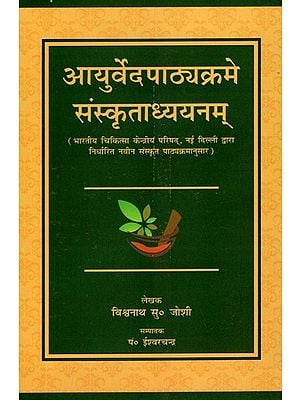 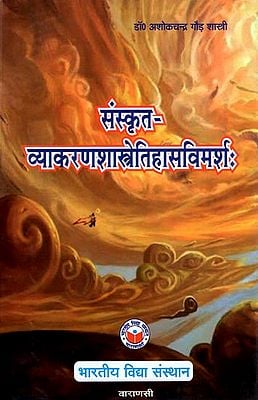 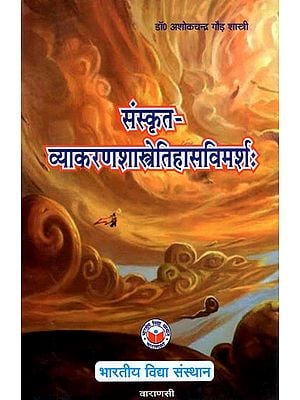 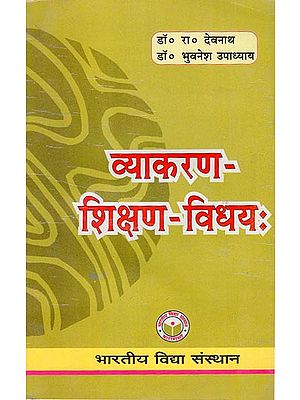 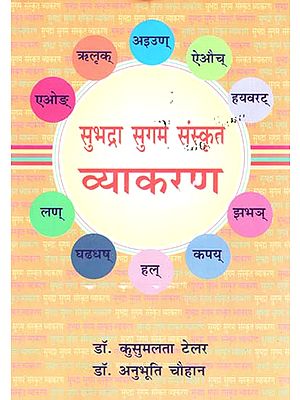 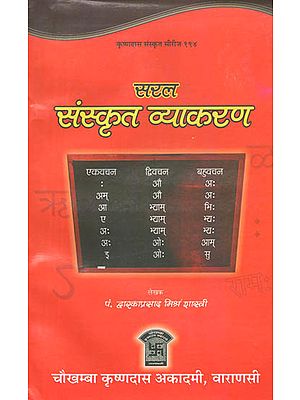 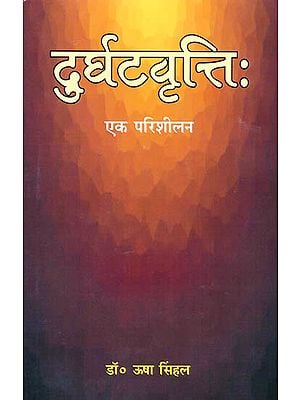 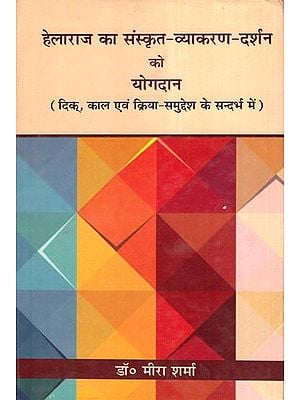 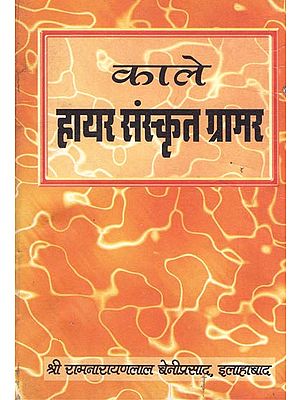