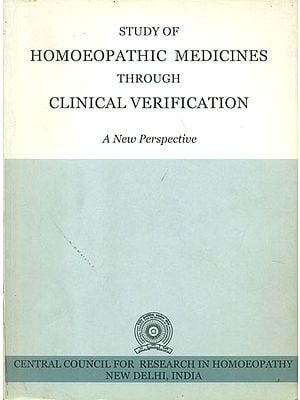 Homoeopathic Materia Medica is built upon the signs and symptoms produced during proving of the drugs on healthy human volunteers, toxic effects as observed during accidental poisoning or prolong use of the drug and clinical symptoms (observed to disappear while medicines are administered to sick persons).

Hahnemann was aware of the need to clinically verify the proving symptoms on sick persons and in 1831 in a letter to Boenninghausen he mentioned, " ... here are indeed still many obscure and only partially correct items in the current list of symptoms which are in desperate need of verification we need thousands of drug provers and a well equipped hospital ... clinical verification is absolutely mandatory without which the Pure Materia Medica cannot be ascertained." (Samuel Hahnernann, His Life & Work by Richard Haehl, volume-2, page 299, 233, 234, reprint edition,2003, by B. Jain publishers Pvt. Ltd.)

Boenninghausen also concurred with Hahnemann about the need to verify the action of drugs and he has referred this issue in his preface of 'Boenninghausen's Therapeutic Pocket Book' where he has mentioned that to distinguish the relative values of drugs before its incorporation in repertory by putting a specific type, repeated verification of the action of a drug is extremely necessary. By doing so, he categorized those drugs for which verification of symptoms were not done repeatedly and sufficiently, labeled as doubtful remedies and kept such drugs in 5th grade in his repertory. Later, Dr. H.A. Roberts, while writing the 'Introduction' of 'Boenninghausen's Therapeutic Pocket Book' had also referred to this point of Boenninghausen and emphasized the need to clinically verify the symptoms of such drugs before putting specific grades to these and incorporating in repertory.

Hering came with the concept that a symptom in order to acquire the status of guiding symptom, apart from its appearance in a prover or provers has to be verified at the bedside a number of times. He also mentioned in the first volume of 'The Guiding Symptoms of our Materia Medica' thatto obtain a characteristic symptom, five steps are required to be followed and these are possibility, probability, confirmation, corroboration and clinical verification. Here he laid down the evaluation of symptoms into four grades justas Boenninghausen has introduced the evaluation in his repertory. Hering admitted this iEncyclopaedia of Purdea of Boenninghausen and he was the first to apply it in to the Materia Medica. This paved the way for the practical application of the huge contents of homoeopathic Materia Medica for the benefit of mankind. Before him, Hahnemann had introduced rough evaluation depending more upon the occurrence of a symptom in the different provers. T. F. Allen in 'The e Materia Medica' introduced similar evaluations but even then the number of confirmed or verified symptoms were proportionally smaller compared to the other symptoms obtained from proving or toxicological symptoms. In the Hering's guiding symptoms, the emphasis was shifted to the confirmed symptoms. Kent, in his 'New Remedies Clinical Cases Lesser Writings Aphorisms and Precepts' emphasized the need of clinical verification in the following words, "Besides the proving of drugs and the careful, conscientious noting of clinical symptoms, we can also do a useful work in marking clinical verifications of pathogenetic symptoms. A symptom produced upon a healthy person and cured in a sick person becomes doubly reliable. There can be no doubt about the value of such symptoms." He further stated, "By thorough and careful work we will some day complete a Materia Medica whose every symptom will have been repeatedly verified. Then, indeed, will our art become the exact science predicted for it". From 1810 to 1891 clinical verification gained more importance leading to the publication of opus magnum books like Allen's keynotes, Kent's Repertory and his New Remedies.

Hence, the symptomatic data of a drug needs to be clinically verified on sick person before it is included in homoeopathic Materia Medica which forms the basis for application of the concerned medicine on the sick. Any sincere user of Materia Medica will admit that the work on clinical verification needs to be continued and updated in the hands of competent authorities.

In the recent years, a number of remedies have been added to the armamentarium of homoeopathic Materia Medica without detailed proving and clinical verification. The addition of such medicines in recent repertories renders their usage doubtful. Keeping in view these aspects, the Central Council for Research in Homoeopathy had undertaken the programme to clinically verify the symptomatic data of some Indian and rarely used medicines used in Homoeopathy. This includes the medicines which have had fragmentary provings and the medicines proved by the Council from time to time. In this volume, the clinically verified symptoms of 16 such medicines have been discussed in detail, which indicate that most of these have vast potential for therapeutic use and their verification data will immensely help the profession. These findings assume significance in view of the Government policy on promoting indigenous medicinal plants.

The research workers of the Council engaged in the clinical verification study were instructed to prescribe the assigned medicines on symptom similarity basis (total or partial) to the patients reporting to the O.P.Ds. of the Institutes/Units. The responses to these prescriptions were noted in the case records. Usual method of follow up as per homoeopathic principles was adopted. Symptoms improved or disappeared during the follow-up period were compiled and reported. The case was excluded from the study and referred for other homoeopathic prescription (than the assigned medicines under clinical verification) if no favourable response was elicited. 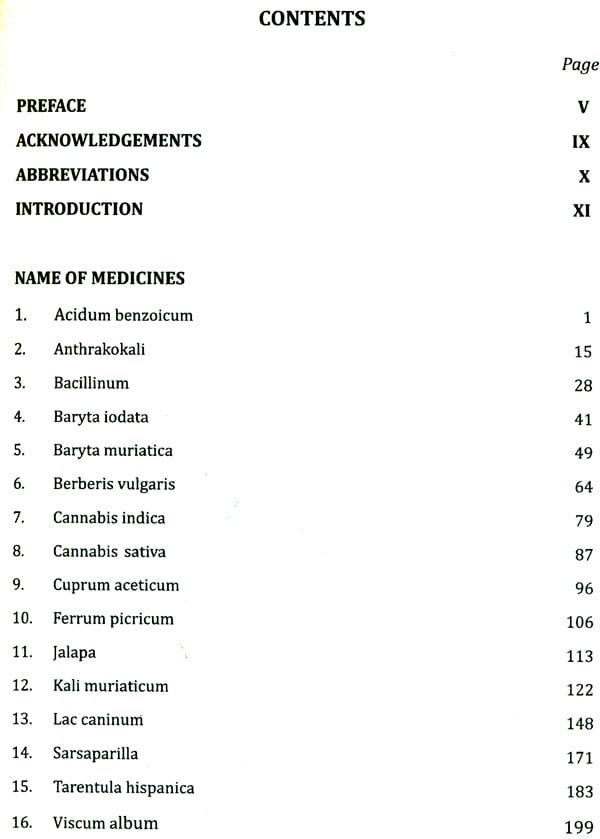 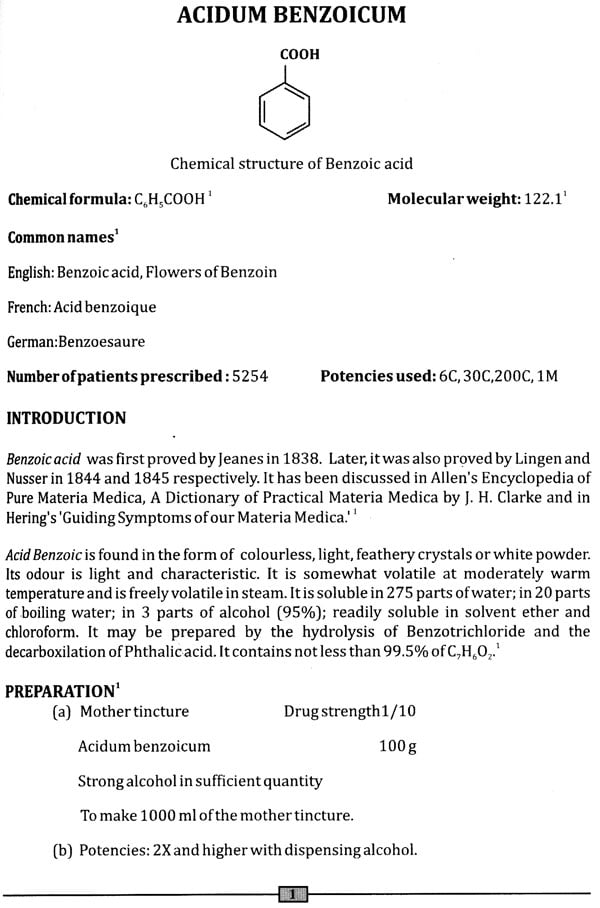 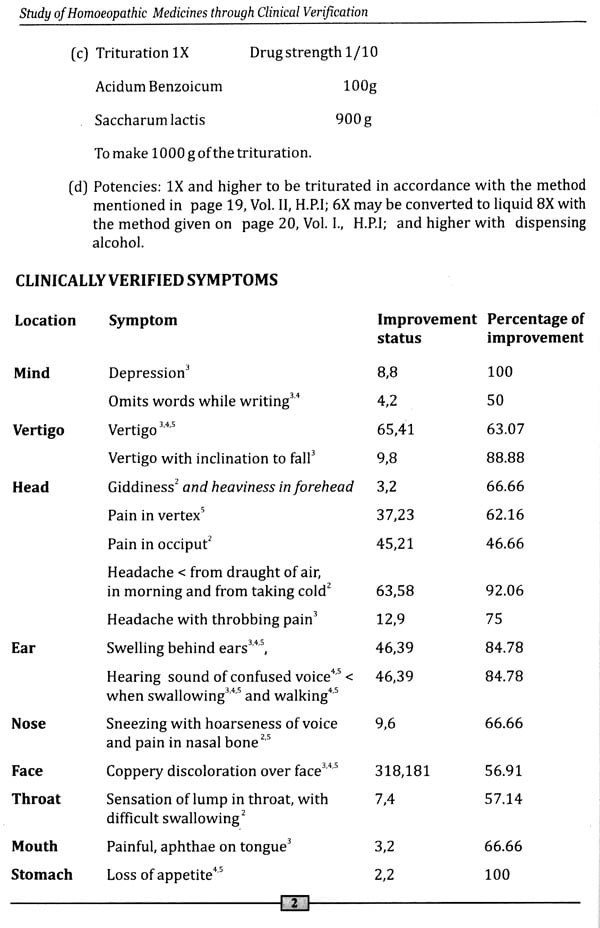 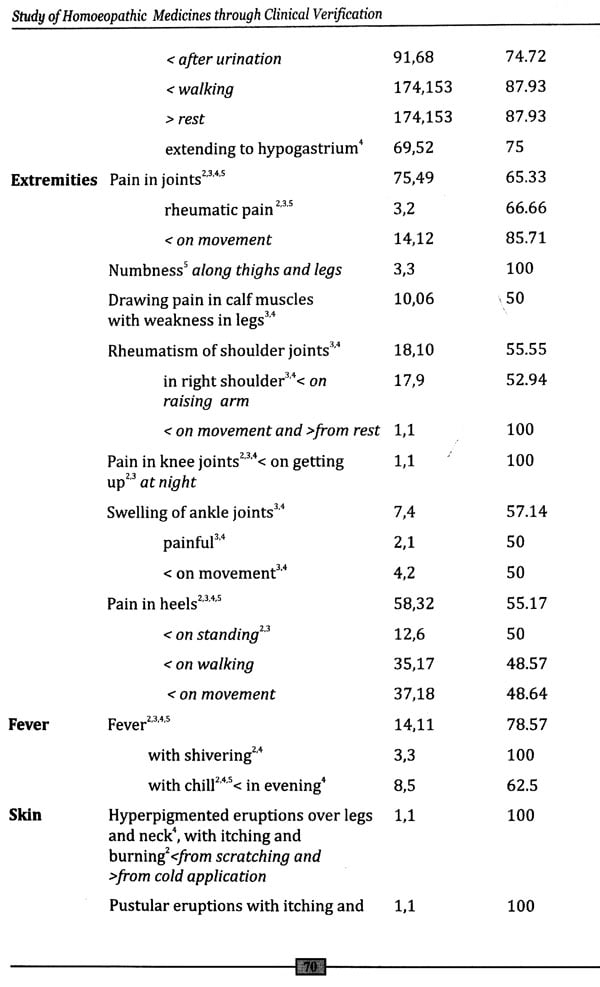 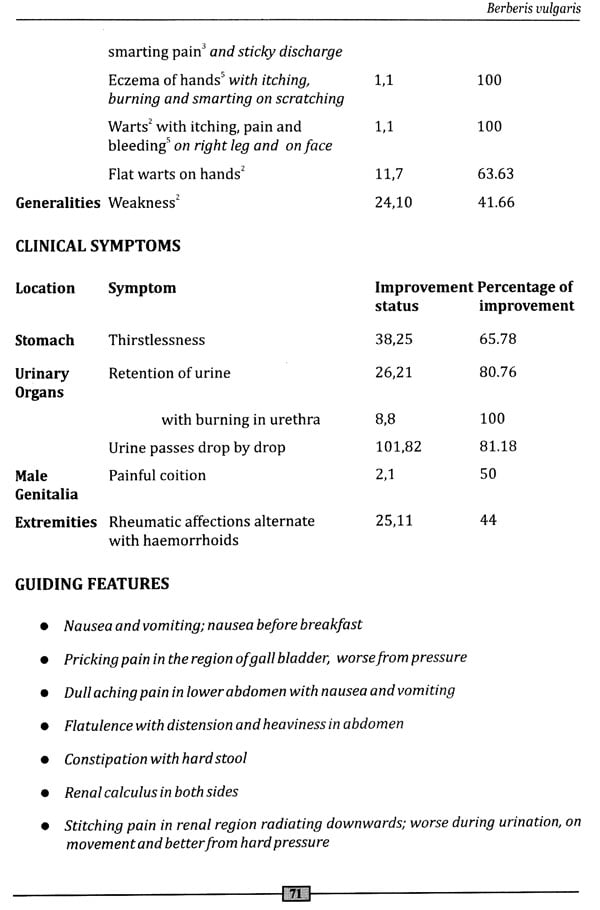 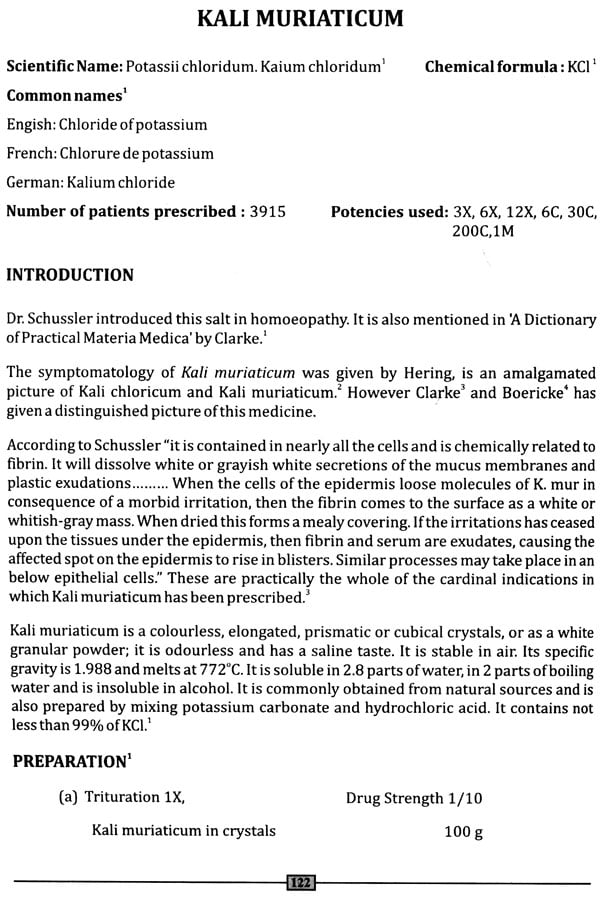 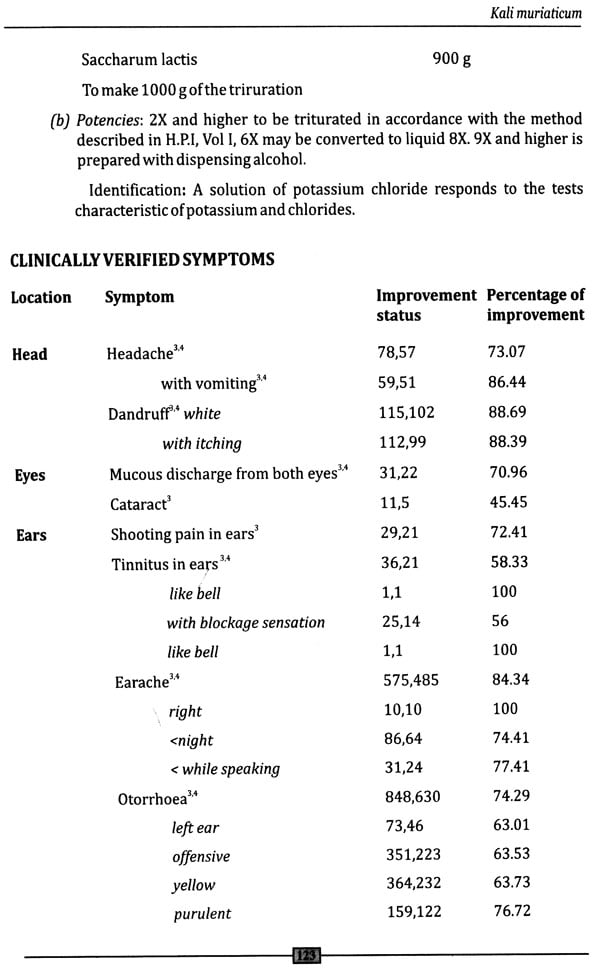 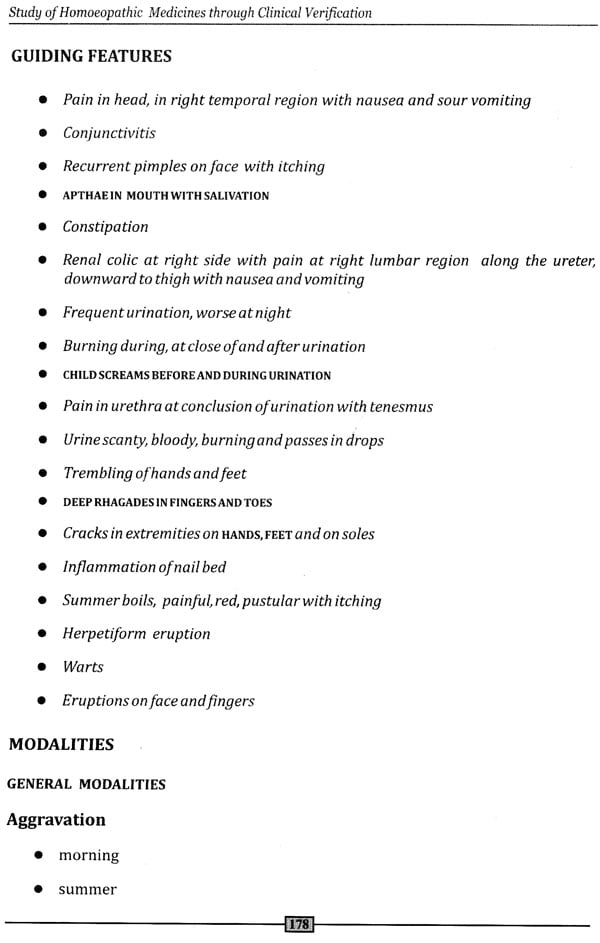 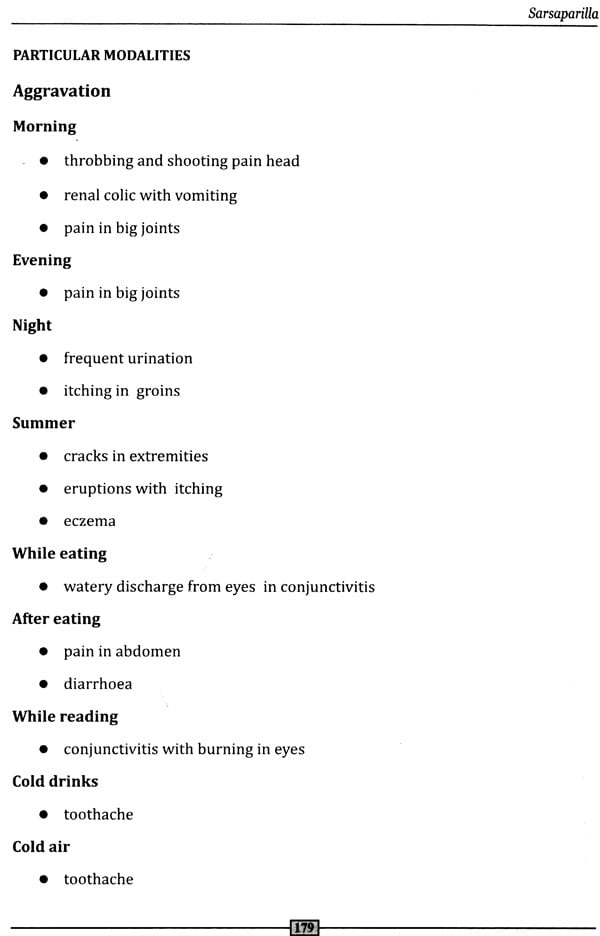 Keynotes and Characteristics with Comparison of Some of The Leading Remedies of the Materia Medica with Bowel Nosodes
By H.C. Allen
$17.60
FREE Delivery
$22  (20% off)

Materia Medica With a Difference (Highlighting Key Features seen in Clinical Practice )
By Jonathan Shore
$12.80
$16  (20% off)

Comparative Materia Medica for Students
By Dr. Samir A. Chaukkar and Dr. Varsha V. Sharma
$24
Out of Stock

The Materia Medica of Some More Important Remedies
By H. C. Allen
$16