Symbolism of Rigveda (Social, Ethical and Spiritual Import of Veda)

Dr. Jayanti Manohar deserves our congratulations and gratitude for the difficult job undertaken and executing it splendidly while unfolding the hidden treasure in mystic symbols of Rig Veda. The book, while decoding symbols, opens up a journey (adharva) to the core of inner being and its connection to all that exist in the cosmos that is deeply spiritual with offering powerful psychological tools to unravel. In the end, the reader is left wondering at the marvel of wisdom in the Vedas whose reach is universal, applicable to all times for our enlivenment and as aid to reach the destination. In the process, the author dispels with authority the prevailing misconception on Vedas as discriminating caste and gender, on multitude of gods, including the myth of Soma as intoxicating drink!

I was drawn to Vedic study to explore the treasure house of knowledge stored in the form of Mantras and this Volume is the result of my study and research of two decades. Enquiry into the origin of Veda leads us to a point in Rigveda Samhita where it says, "The Mantras - Knowledge reside eternally in the highest plane of the Universe where the divine powers (devas) are stationed.(1.164.39)." The highest plane (akshare parame vyoman) mentioned here is the transcendental field in the Universe to which any aspirant can connect to obtain the desired knowledge.

The Veda Mantras consist of visions that the Rishis had by invoking positive cosmic powers (devas) with their ardent tapas. This appears to be very similar to a number of discoveries that are being intuitively obtained in the field of science and technology such as 'Gravitational force', 'Theory of relativity' etc., by the scientists with their ardent intention coupled with dedicated efforts.

My main intent in preparing the present Volume, "Symbolism of Rigveda - Social, Ethical and Spiritual Import of Veda" is to exemplify the relevance of Vedic study in this modern age. I have elucidated spiritual and psychological aspects that are covered under different symbols in majority of the Rigveda Mantras on the basis of my Doctoral thesis on "Rigvedic symbolism with special reference to ‘Siddhanjana' (Mystic Collyrium) written by Sri T.V. Kapali Sastri". He has given spiritual interpretations to 121 suktas i.e., 1370 mantras, in the first ashtaka of Rigveda Samhita. In the present Volume, one can find an overall view of social, ethical, as well as spiritual values of Veda that can eradicate misconceptions formed over the years. What is understood now as 'Indian culture' has strayed far away from the legacy of Vedic principles. The Vedic religion is aptly referred to as the Universal Religion - manavadharma which clearly includes everyone on this planet Earth.

Many questions around concepts, like the significance of invoking multitude of gods and their deeds found in Veda Mantras and efficacy of performing Outer and Internal sacrifices are answered in this book. A discerning rationalization of many myths such as Soma being an intoxicating drink and fights between gods and demons are found here. In addition, this book contains an elaborate, critical evaluation of the methodology of symbolism that is developed and demonstrated by Kapali Sastri and Prof. R.L. Kashyap in the light of yogic visions of Sri Aurobindo, with cross references from Brahmana granthas, Aranyakas, Upanishads, Mahabharata, Bhagavadgita, Nighantu and Nirukta.

There is also a detailed account of the post Vedic spiritual poetry expressed in symbolic language with examples of the works of Allama Prabhu, Shishunala Shariff, Da. Ra. Bendre etc., along with an English mystic poet William Blake. This gives the reader a clear picture of the purpose and efficacy of using symbolic language by mystic poets right from the Vedic sages to the modern poets. Such spontaneous expressions containing both outer and inner meanings are found woven together like a beautiful garland. Studying spiritual import of Veda, helps to understand the intricate connection between positive cosmic forces, Vedic deities and their psychological powers which a seeker can imbibe through internal yajna (dhyanayoga).

I hope that my sincere efforts to show the spiritual import of the entire Vedic corpus and intuitive knowledge of Mystic Seers (kranthadarshis) found hidden under the cover of symbolic language with specific illustrations of Rigveda Mantras would reach discerning readers.

I would like to express my gratitude to Prof. R.L. Kashyap Honorary Director of Sri Aurobindo Kapali Sastri Institute of Vedic Culture, Bangalore, under whose tutelage I studied `Siddhanjana'. I sincerely thank Dr. M. S. Bhavani, Prof. B. G. Srilaxmi, Prof. S. R. Leela and Prof. Lalitha Thirtha for their valuable guidance and support. I acknowledge the unstinting support extended by my dear friend, Smt. Madhavi Gajanana Hegde and the help rendered by Dr. Y. S. Gayathri and Smt. Padma Nagaraj in bringing out this Volume.

My heart felt thanks go to Prof. K. T. Pandurangi, Prof. R. L. Kashyap and Prof. M. S. Thimmappa for their valuable Forewords. I am grateful to the publishers, Amrutha Vahini. I also thank the National Institute of Vedic Sciences(R) for printing the book in record time.

Finally, I am indebted to my beloved husband, Sri B.S. Manohar, for his help and support during the preparation of this Volume, as at all other times.

No proper appreciation of this interesting book by Dr. Jayanti Manohar is possible without an appreciation of the state of Vedic studies and the great progress achieved in the last hundred years. So I will first focus on the nature of Veda.

Most Hindu-s regards the four collections of Veda mantra-s namely, Rig Veda Samhita, Yajur Veda Samhita, Sama Veda Samhita and the Atharva Veda Samhita as the most ancient books of wisdom. These books contain the deep experiences of over four hundred rishi-s or sages, of whom at least thirty were women; some were Shudra-s. These books explicitly state that the knowledge in them should be accessible to all persons including women, shudra-s and strangers. Clearly the civilization portrayed here is of a very high order in many areas such as education, maintenance of health, governance, economics, living in harmony, ecology and environmental concerns, methods of yoga, establishment of deep peace, etc. There was no artificial barrier between the so called worldly life and spiritual life. One could explore spirituality without becoming a monk. Thus the Veda-s are relevant even today. A detailed study of all these books can indicate suggestions to meet the challenges of the modern life.

There must have been literary works much earlier in the archeological sense. But our ancient rishi-s, the sages to whom the mantra-s were revealed, developed special methods of recitation so that these books of wisdom could be orally preserved without any errors creeping in. They did not depend on manuscripts which could be destroyed easily. Only because of this unique far-sighted strategy did the Veda-s survive and are available even today inspite of the Islamic invasions in the last two thousand years resulting in the destruction of numerous libraries.

Note that each of the samhita-s mentioned above is not a single book, but a collection of books, each known as a Shakha. The great grammarian Patanjali states in his Mahabhashya that the Yajur Veda had more than one hundred shakha-s or recensions. Even oral preservation needs patrons such as kings who can sustain all these persons who chant, which is really a full time occupation. With the end of the Hindu kings and of the rich merchants caused by invasions, there was very little support available for maintaining the chanters. Because of the expensive Jeziya tax (equal to the value of food eaten by a person in a year) levied on the Hindu-s by the muslim conquerors, these brahmins went to the forests barely managing to live. Hence many persons discontinued their chanting and thus many samhita-s were effectively lost.

For instance, among the hundred and odd Yajur Veda Shakha-s, now six are available with their mantra-s, some completely and others partially. We have only the names of the remaining 94 shakha-s and some related information in several manuscripts and books. 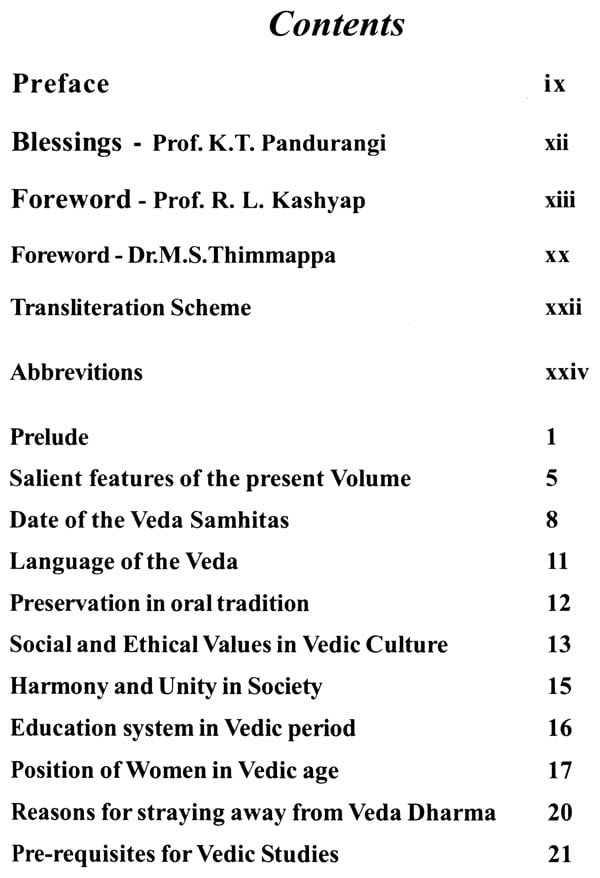 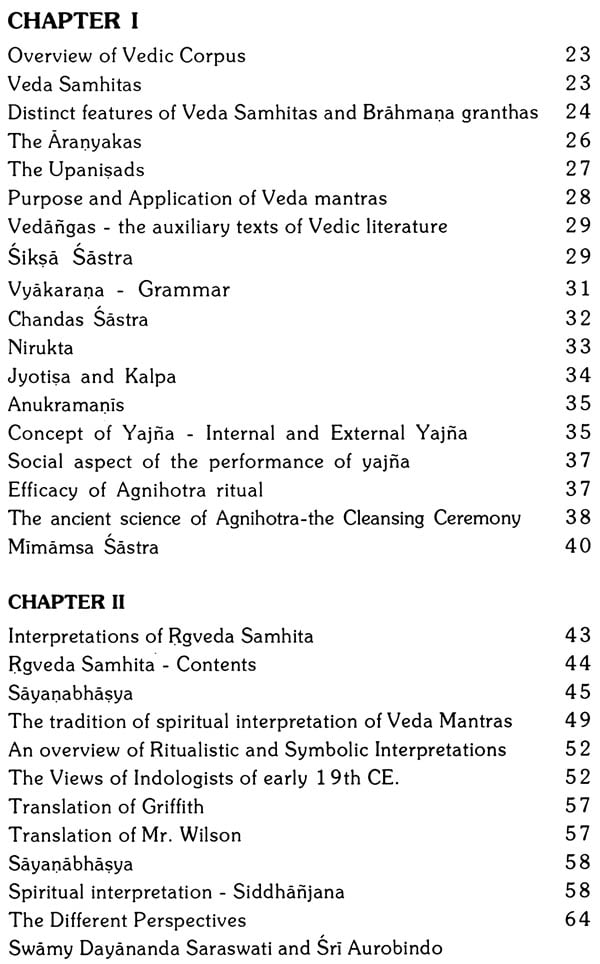 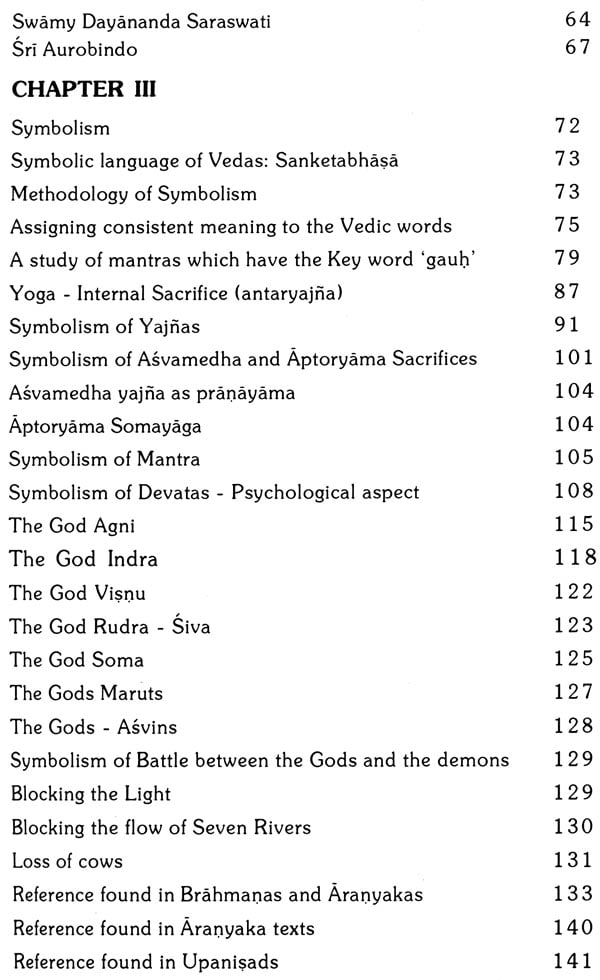 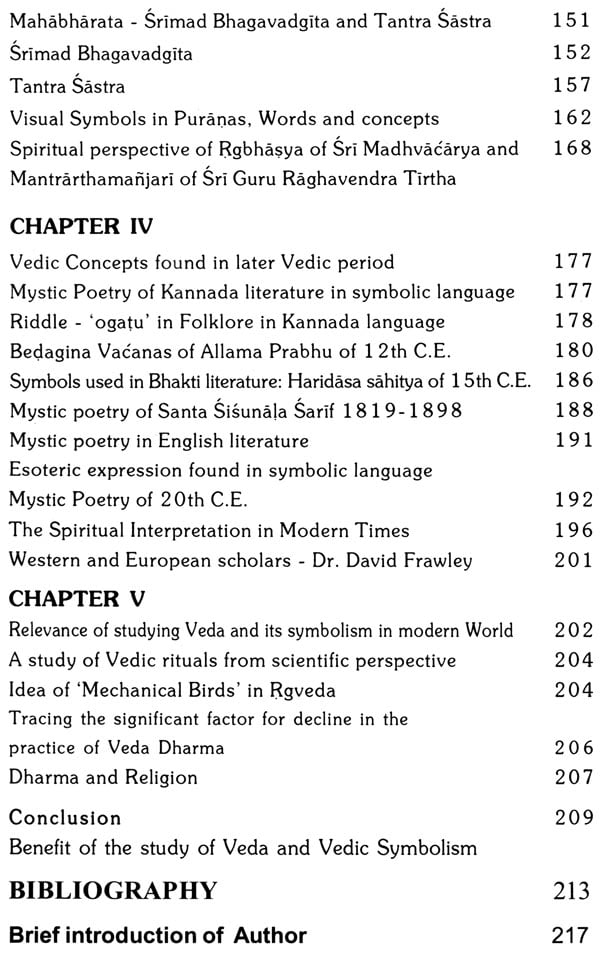 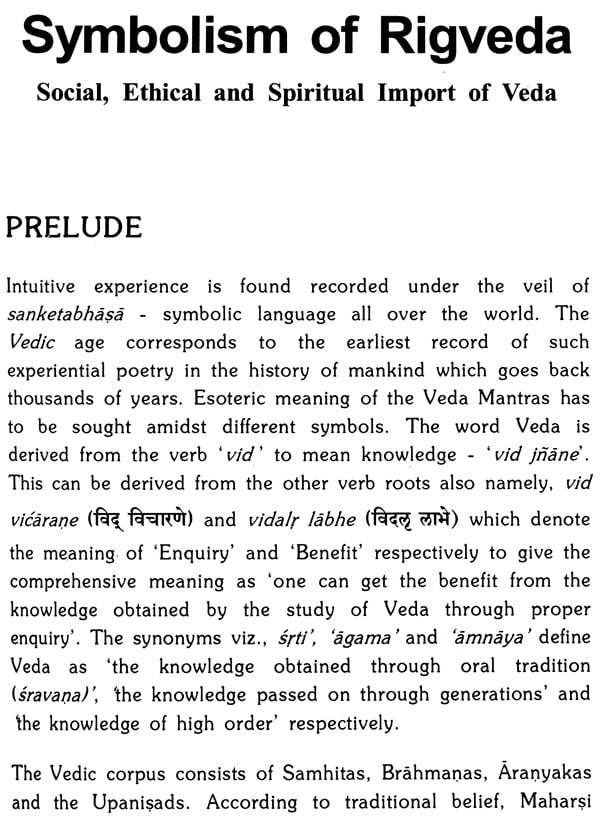 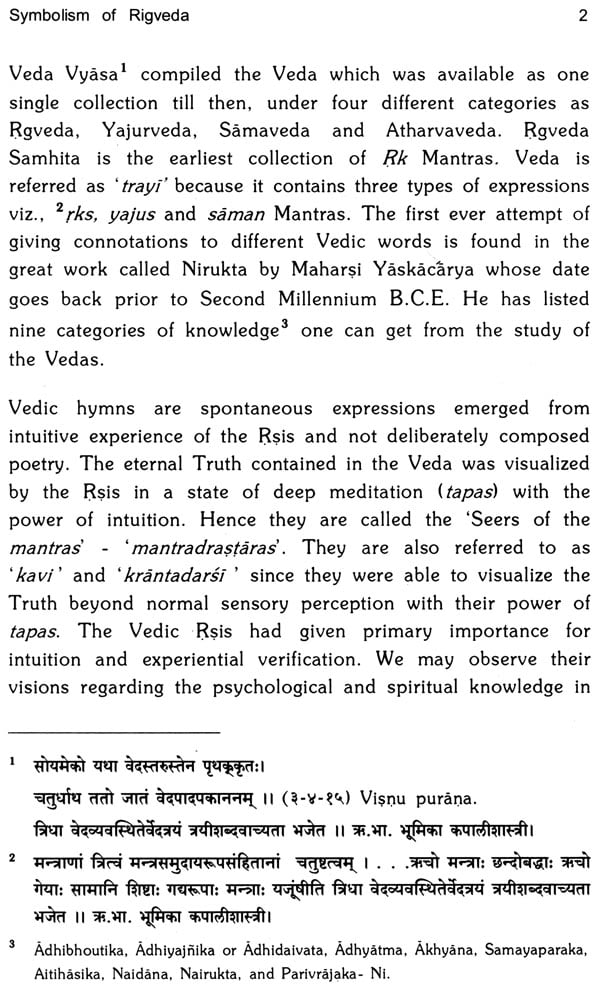 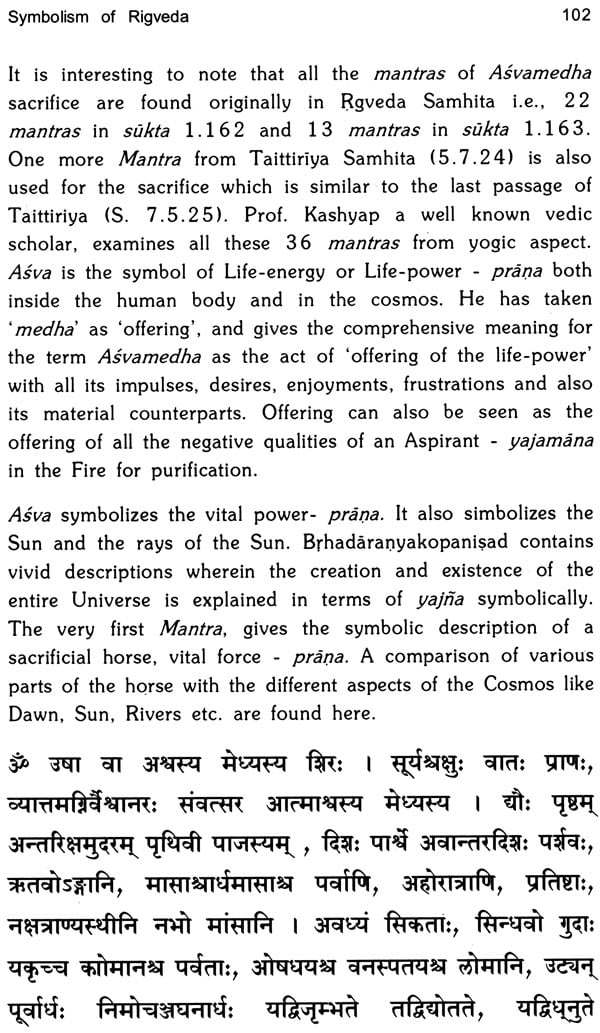 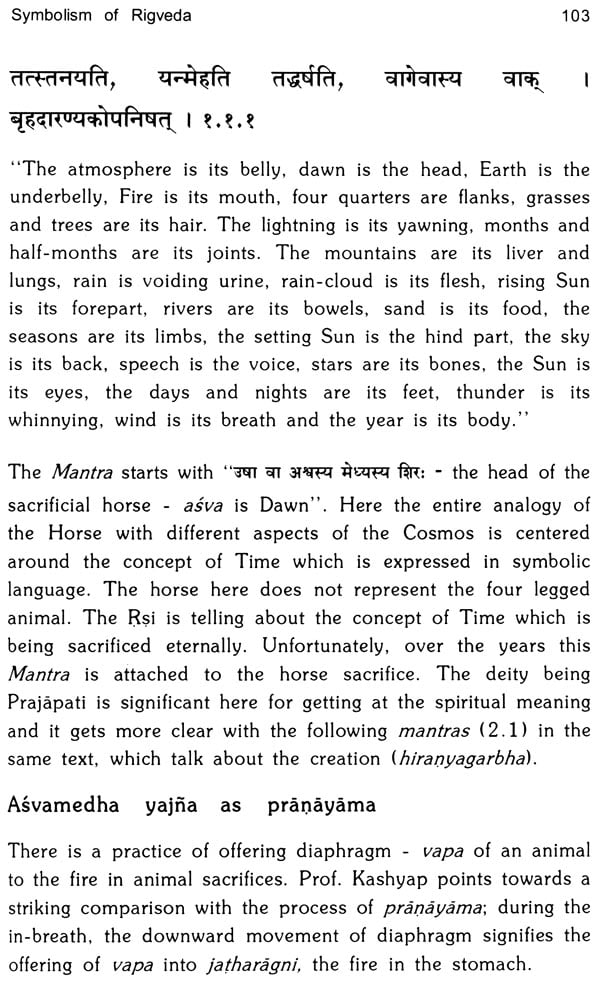 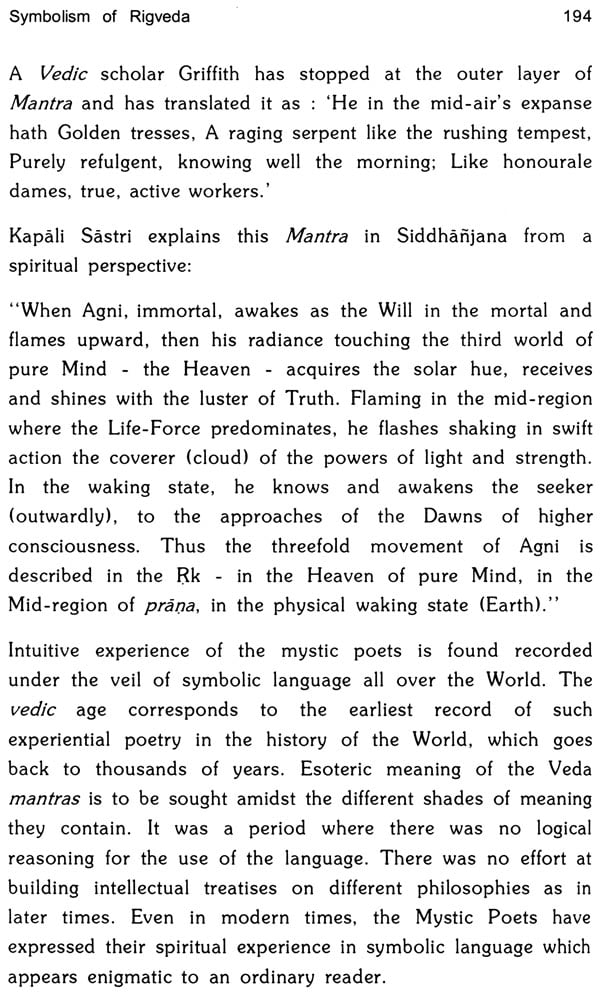 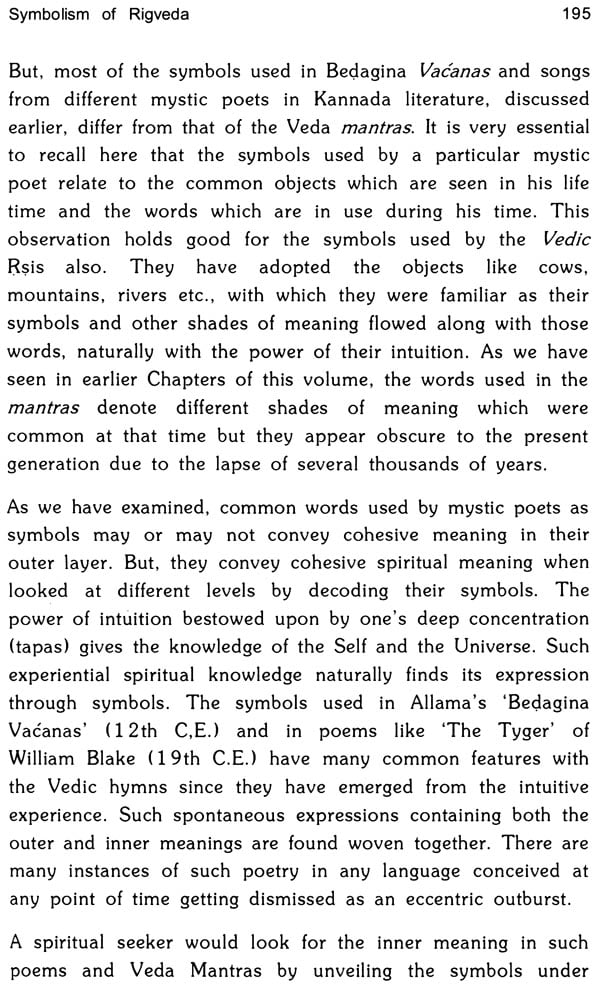 Religious Belief And Ethical Values Of Rigveda (A Book On Rigveda)
By Surbhi Parashar
$23.20
FREE Delivery
$29  (20% off) Poetic Vocables in The Family Mandalas of The Rigveda (II-VII) an Etymological Study (an Old and Rare Book)
By Dr. Pramod Ranjan Ray
$37
FREE Delivery The Rigveda and the Avesta the Final Evidence
By Shrikant G. Talageri
$49
FREE Delivery Hinduism in the Context of Manusmriti, Vedas & Bhagavad Gita
By R Ramachandran
$30
Out of Stock