Tales From The Arabian Nights

$13.50
Quantity
Ships in 1-3 days
Notify me when this item is available
About The Book

Where lamps bring forth wish-fulfilling genies, princesses appear mysteriously in the middle of the night, valleys are filled with diamonds, sorcerers plan, plot and execute diabolical schemes, fish have heads like owls, and giant birds carry away men without even realising it!

This is the world of Tales from the Arabian Nights, a collections of stories complied over thousands of year by various authors, translators and scholars. These collections of tales trace their roots back to ancient Arabia and Persia. Though a definitive manuscript has never been founds, several varsions date the collection to AD 800-900.

In this collection, we bring you three of the best-known stories from this collection: the tale of Aladdin and his magic lamp with the genie who can make all wishes come true, of Ali Baba, who finds a cave full of treasures in the forest, and of Sindbad the Sailor whose seven voyages take him to faboulous lands where danger and adventure lurk. Anupa Lal’s lively retelling captures the wonder and magic of the tales.

Anupa Lal has been writing—mainly for children—for over thirty-five years, and his published more than twenty books.

These include a retelling of the Ramayana and the Mahabharata,a as well as the stories of Akbar and Birbal, Sheikh Chilli and Hatim Tai. She has translated the works of Munshi premchand, and has written biographies of Premchand and Ramana Maharishi. She has also written for leading newspapers and periodicals in India and abroad, and has edited an anthology of Indian literature in regional languages (forthcoming) as well as one on Indian Pottery.

Anupa enjoys interacting with Children and telling them stories. 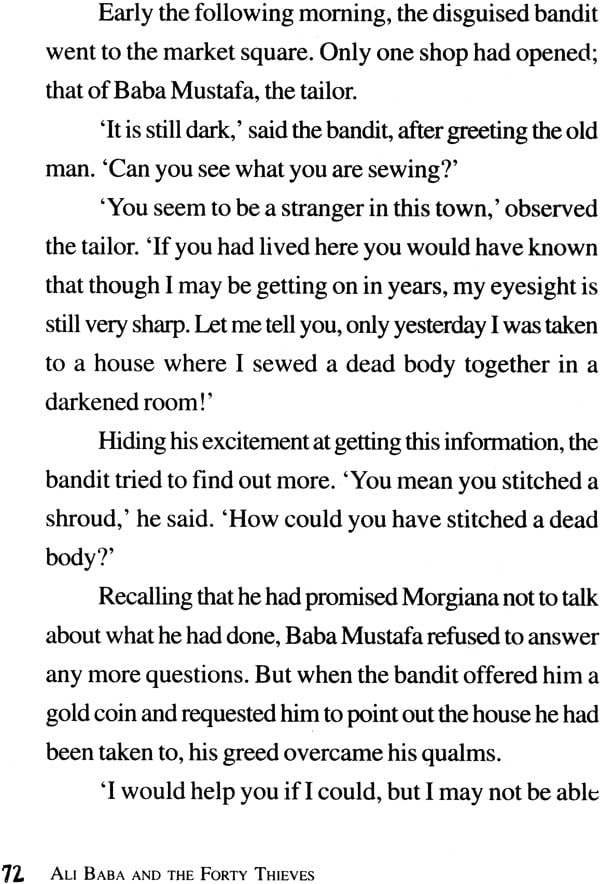 A Tale of Four Dervishes (Bagh-O-Bahar)
By Mohammed Zakir
$13.50