They Spoke With God: Saints of Tamizhaham

$18.00
Ships in 1-3 days
Notify me when this item is available
Foreward

The lives of saints have held a lasting fascination for Indians then and now. Given the fact that our society has a strong religious substratum, saints have emerged in our midst as votaries of peace, transcendence and mysticism, commanding much love and respect among the people.

This monograph: They spoke with god: saints of Tamizhaham by Sethu Ramaswamy, describes the life and times of some prominent saints of Tamizhaham or Tamil Nadu. The saints chosen here were by and large exponents of the Shaivaite path of devotion. The author hopes to follow it up by detailing the lives and teachings of Vaishnavaite saints. Beginning with the lives of Nayanar Saints like Somasimarar Nayanar, Nandanar, Karaikkad Ammaiyar, Pusalur Nayanar and Kannappa Nayanar, the narration moves on to the medieval bhakti saints. The concluding part deals with the ecstatic lives of late nineteenth- and twentieth-century saints like Seshahri Swamigal, Kuzhandaiyananda, Senthamangalam Swayam Prakasa Swamigal and the saint-composer Andavan Pichchai Amma, a women saint of our own times.

The lives of these saints have been simply told without making their message complex. Every saint was different, the path they trod was different and yet all these amazing men and women had one thing in common - their saintliness. Some were articulate like Andavan Pichchai and some like Sadasiva Brahmendra did not speak at all. Some lived all their lives in one place in silent meditation, and some like Seshadhri Swami acted in a spirit of divine madness. One women saint has described this state of divine intoxication as “spiritual hysteria”. Despite the range of differences in behavioral patterns, these saints shared the quality of ecstasy of an unending celebration of “the life divine”. The purpose of narrating the lives of these saints is to capture this celebratory quality of their lives which is seen in their poems and musical compositions.

The present collection is specially targeted at young readers from the age of eighteen. It is aimed at introducing the younger generation at our rich spiritual and cultural legacy. It is also intended for a wider readership comprising young and old - Indian and Western - with either intellectual curiosity or inclination for the spiritual path.

Some of these stories are being introduces to an English-speaking audience for the first time - for instance the lives of Cendamangalam Swamigal and Andavan Pichchai Amma. Their incredible life stories and spiritual journeys may turn out to be eye-openers for even those well versed in our spiritual tradition. It is noteworthy that the accounts of the lives of these saints are based on the first-hand experience of Sethu Ramaswamy as well as her mother Anandammal Ramaswamy. Therefore, unlike the narration of the lives of other saints, the life of Andavan Pichchai is a personalized and subjective narrative by the author.

It is hoped that these deeply inspiring and illuminating lives will make a difference in the lives of those who read about them.

Introduction to the Periya Puranam

Periya Puranam is commonly regarded as the most important collection of the lives of Shaivaite saints believed to have been written by Chekkizhar. The text in terms of its historical location has been placed anywhere between the eighth and the twelfth centuries although now most scholars hold that the latter date is more probable. A popular folklore foregrounds the writing of this text. The folk tradition is as follows:

Anapayan Chola Raja wa a devotee of Lord Shiva, but he also read and admired the life of a Jain King Jeevaraj, in a book titled Chintamani. Devout Shaivaites questioned the king about his admiration for a mere king, when the stories of the Shaivaite saints were so edifying and purifying. They compared the king’s taste for Chintamani, to the taste of the juice of the neem, and the taste of the lives of the Shaivaite saints to the sweetness of sugar cane juice.

The king then asked them, “where is such a book? Who has written it? Who has read it? Who has heard about it? And who has spoken about it? Please let me know, so that I can also benefit by reading about the lives of the Shaivaite saints.” The poet Chekhizhar who was present then explained to the king, how Lord Shiva in Tiruvaroor had commanded his dearest friend and devotee Sundaramoorthy to sing the praise of the Lord as the humblest servant of His devotees. The first line begins as directed by the Lord tillaivazh anthanar tham adiyarkum adiyen, meaning “I am the servant of the servants of the Brahmins of Tillai.”

The eleven verses that Sundaramoorthy sang conatin the stories of all the 63 Shaivaite Saints. This was in turn re-written by Tirunarayoor Nambyandan Nambi. Hearing the praise of this wondrous stories the king Anapayan commanded the poet Sekhizhar to write in prose the lives of the 63 Shaivaite saints. Sekhizhar then visited Chidambaram and prayed to Lord Nataraja to guide him in this project. Suddenly all who were present there heard a divine voice from the sanctum sanctorum saying “begin with the words - ulakellam unarnthorkariyavar” meaning “He who cannot be known even by the wisest.”

Anapayan Chola Maharaja heard of this miracle and immediately went to Chidambaram and fell at the feet of Sekhizhar and requested hin to narrate the Periya Puranam stories of the lives of the 63 Shaivaite saints to him and to all the devotees of Shiva. It was the month of Chithirai - the first month of the Tamil year.

I will attempt in the following pages a free rendering of some of the stories from the Tamil Periya Puranam.

The lives and teachings of saints have a special place in Indian tradition. Saints have been the votaries of peace, universal brotherhood and spirituality and were, and are, among the most loved and revered personages in Indian history and culture. This volume comes as a tribute to the prominent saints of Tamizhaham or Tamil land, who have contributed immensely to Indian culture and society.

It highlights the lives and times of some of the noted exponents of the Shaivite path of devotion. It begins with discussions on some of the famous Nayanar saints like Somasimarar Nayanar and Karaikkal Ammaiyarm, and takes up the contributions of medieval bhakti saints like Sridhara Venkateswara Ayyaval and Avudai Akkal. The concluding sections deals with the ecstatic saints of the region of the late nineteenth and twentieth centuries. This part contains an account of a woman saint of our own times, Andavan Pichchai Amma, as well. The lives of the saints are told in a simple language that wonderfully unravels their complex messages. The work shows that though the saints had diverse experiences and expressed their spirituality in different ways, the lives of all these saints have an ecstatic and a celebratory quality about them.

Mrs. Sethu Ramaswamy is the author of the celebrated autobiography Bride at ten, Mother at Fifteen: Autobiography of an unknown Indian Woman (Roli Books: 2003). In Jan. 2009, the Canadian Broadcasting Corporation aired a documentary on her life produced by Sarmishta Subramanian titled ‘ A woman of no consequence’. At 86 she continues to read and write and has just completed a manuscript titled ‘The Needle-thin Boy and other Stories’ meant for children and teenagers. She has also written ‘The Tales of Krishna’ again targeted at a young audience both oh which are awaiting Publication. Sethu Ramaswamy lives with her daughter and son-in-law in the Jawaharlal University Campus in New Delhi and delights in cooking for the family. 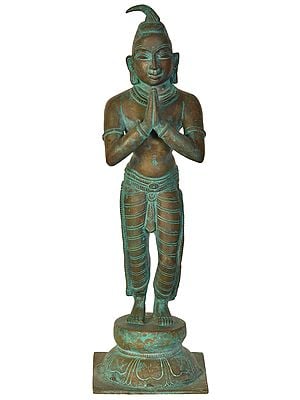 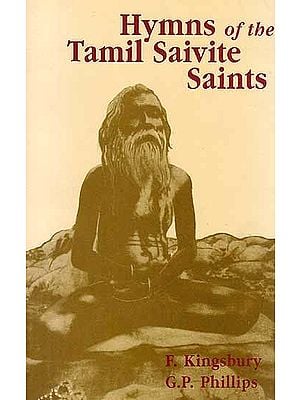 Hymns of the Tamil Saivite Saints
By F. KingsburyG.P. Phillips
$11.50 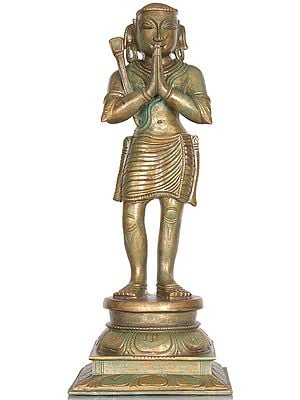 From Dualism to Non-Dualism (A Study of the Evolution of Saivite Thought)
By Moti Lal Pandit
$38.50
FREE Delivery 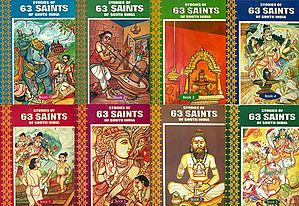 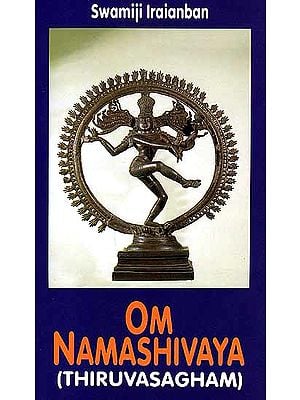 Hymns of the Tamil Saivite Saints
By F. KingsburyG.P. Phillips
$11.50

From Dualism to Non-Dualism (A Study of the Evolution of Saivite Thought)
By Moti Lal Pandit
$38.50
FREE Delivery 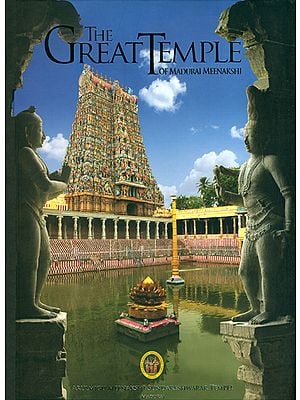