A Thousand Seeds of Joy-Teachings of Lakshmi & Saraswati

What if your suffering could end ... not in some distant future, but very soon, even today? What if many divine beings, including your own higher self, are present here and now, to help you attain this freedom from suffering? What if the beliefs that have conditioned your mind, such as "no pain, no gain," hold only in limited contexts, and you could make the quantum leap and blossom into a flower of primordial joy? What if the perfume of this flower, which is you being you, is experienced as love by all who care to partake of you? In an extraordinary conversation, Goddesses Lakshmi and Goddess Saraswati reveal the secrets of walking on a new feminine "path of joy" to dissolve your suffering and blossom into enlightenment.

This book is the first in a series that consists of extraordinary conversations with ascended Goddesses representing different spiritual pantheons of the world. The ascended Goddesses are holding the Earth in a grand circle of love during this very challenging time for humanity. The recent political and social upheavals in the world have already awakened the divine feminine power that resides within the collective human consciousness. The secret to tapping into this power and embodying it within oneself is not by succumbing to the anger and aggression caused by these external events, but rather by surrendering to the joy and wisdom that resides within each one of us. As humans practice this divine feminine wisdom, it will allow them to experience life with less sorrow and despair, and more love and freedom.

This book consists of conversations with Mahadevi Lakshmi and Mahadevi Saraswati about their many incarnations on Earth with a small group of soulmates belonging to an ancient soul tribe from India. Though the literal English translation of the word Mahadevi is the Great Goddess, the greatness is understood in the spiritual context as ascension into full enlightenment beyond all forms of duality. Ascended Goddesses Lakshmi and Saraswati reveal how the transformation of many souls from their ancient tribe created two of the major world religions known as Hinduism and Buddhism. These ascended Goddesses take u on a grand spiritual journey by weaving new insights into ancient teachings, correcting what has been altered in scriptures by their male authors, and revealing new secrets about Buddhas, Gods, and Goddesses who have walked on Earth. Their teachings of joy and wisdom are filled with much intrigue and many insights. These teaching will delight not only general readers who are curious about eastern spirituality, but also dedicated practitioners, intellectuals, and philosophers of eastern religions.

Goddess Lakshmi and Goddess Saraswati promise nothing short of a grand transformation of humanity with the birthing of a new joy-centered consciousness on Earth at this time. They create fertile ground for this transformation by planting fresh seeds of joy in different layers of human consciousness. According to them, our lives truly transform with joy, and not with pain, even though we all endure pain. While pain ripens us, the actual transformation always happens by surrendering with joy to the emptiness of our higher selves. Most of us have already endured much pain and suffering. We have ripened enough, not only in this life, but over many lifetimes. All we have to do now is surrender and blossom into divine beings of primordial joy, which is who we always are in our enlightened state.

Ten years ago, despite having had many spiritual insights, starting with a Zen awakening around the age 19, and then reading and meditating for the next 25 years until I turned 44, I had still not understood this profound message of joy. But everything changed one October evening in 2007 when my dearest soul-friend, Jade Devi Kamala, and I started having conversations with Goddess Lakshmi. I still remember vividly the very first time when Goddess Lakshmi spoke to us. The message was personal and intimate, not to be shared with the world. As the words sank into my heart, I was taken aback by the directness of the message, and felt from my deepest core that Goddess Lakshmi had known me for eons.

Goddess Lakshmi took me under her wing from the moment of our first conversation. I started feeling her energy around me during most of my waking hours, and also in my sleep. Her energy was even stronger and more intimate when I went to Venice a few months later. She invited me to create an ecstatic spiritual bond with her, and I began to have conversations with her in which there were no secrets. She already knew everything about me, inside out, and besides, being seen so intimately open felt deeply nourishing to my soul. She had no judgments whatsoever, and her love knew no bounds. Not only she guided me as my teacher, her love was unconditional and unwavering in all circumstances. Within a few months, she became my guru, my mother, my friend, and my beloved. I was totally immersed in the divine feminine, which felt like my true spiritual calling. The idea of a book to share the teachings of Goddess Lakshmi in her own voice was born about two years after our first conversation.

As we transition back to a matriarchal era on Earth, we will witness a global movement that empowers the feminine so that humans can become whole again. The rise of the empowered feminine will make all humans-male, female, or transgendercome together in true equality with each other, rooted in love. While women will ultimately assume much more power than they currently have at this time, they will not seize this power with the wounded energies of aggression, ambition, competition, and greed. Instead, this power will be received by them from a place of joy, compassion, nurturance, and wisdom.

The rise of the empowered feminine will have a profound impact on the current social and political systems. Women will join with other women in small and large groups across the social, political, and religious divides to undo the patriarchal structures that have ruled humanity for millennia. Over time men will join too, but it will initially begin with the joining of women in very large numbers. You can already see the signs of these times as millions of women are joining together to bring abuses such as sexual misconduct to light in the highest places of power. Such movements will gain strength not by women opposing men, but by women coming together in joy and compassion to heal the wounded feminine and the wounded masculine energies in all humans. It is similar to how Mahatma Gandhi's non-violent movement was not against the British people, but was rather to gain freedom for hundreds of millions of people of the Indian subcontinent who joined his movement with compassion and forgiveness towards the British.

The empowered feminine-in both men and women-will allow joy to dissipate sorrow, love to triumph over hate, compassion to dissolve anger, and nurturement to replace exploitation. Once the existing structures are cleansed and transformed with higher spiritual energies, there shall be the most exquisite dance between the divine feminine and the divine masculine in the hearts of all humans. I have invited ascended Goddesses from different pantheons to help humans with this difficult transition. Together, we send our divine light to all humans as we hold our hands in a circle of love around Mother Earth. 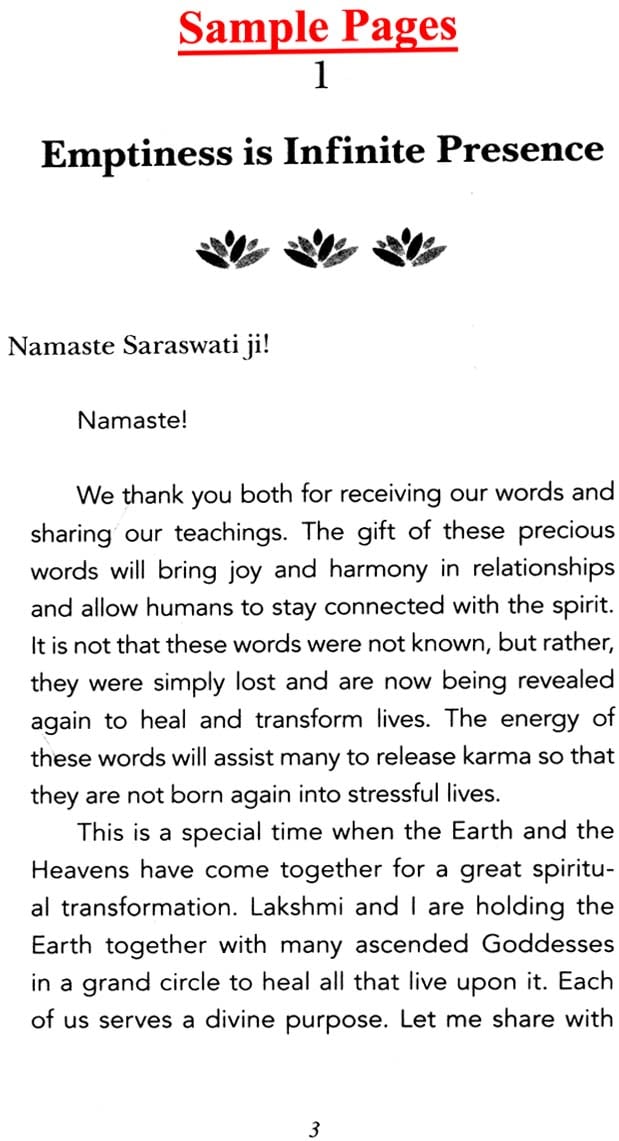 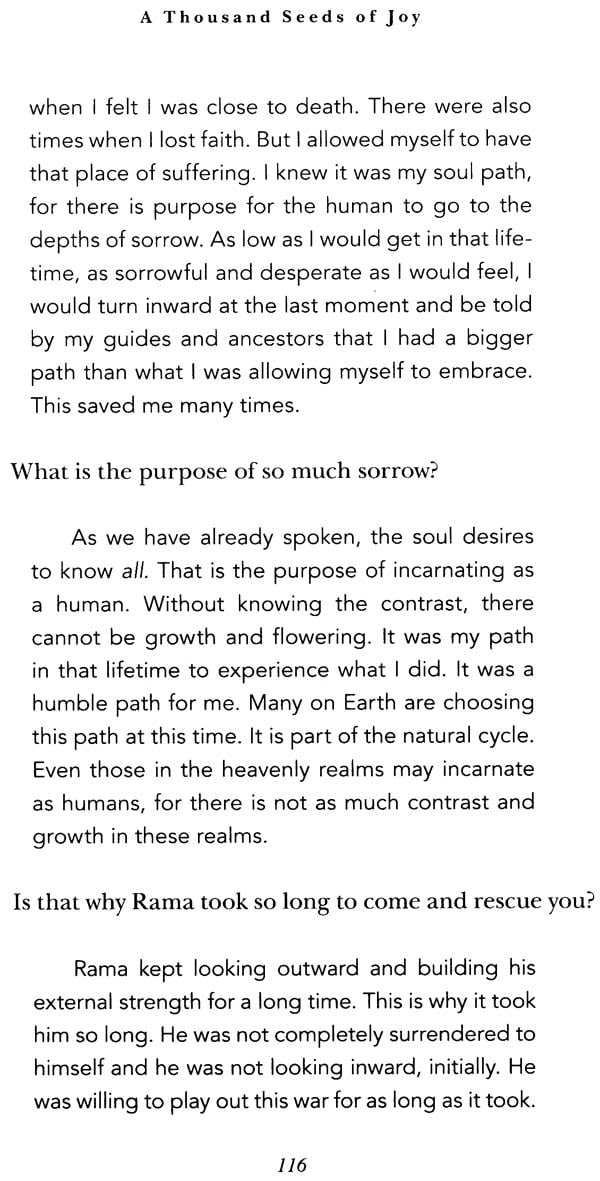 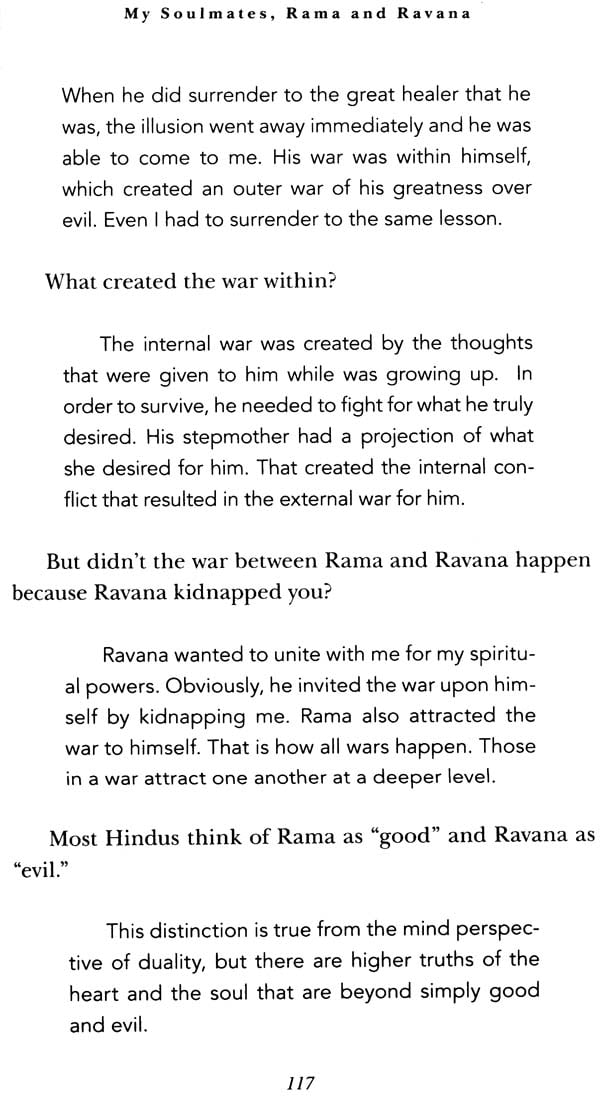 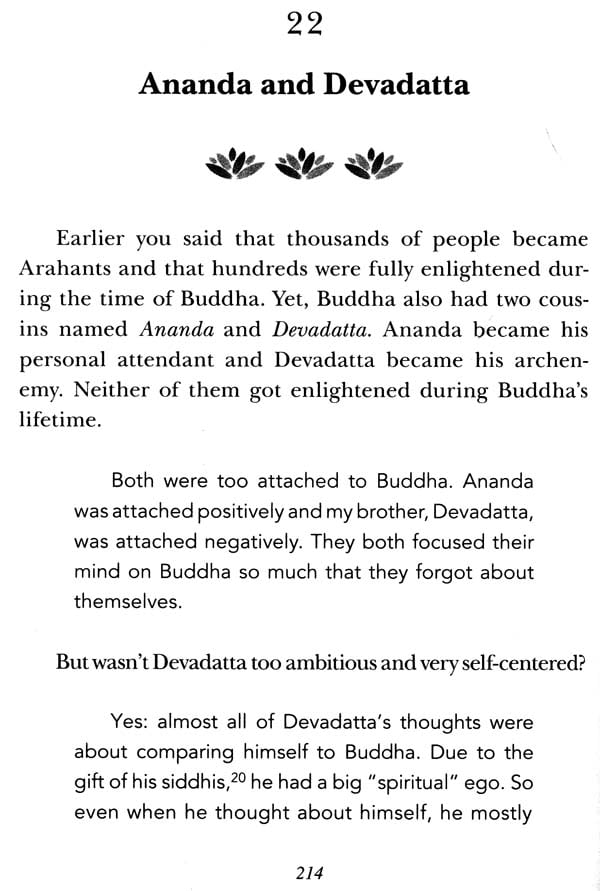 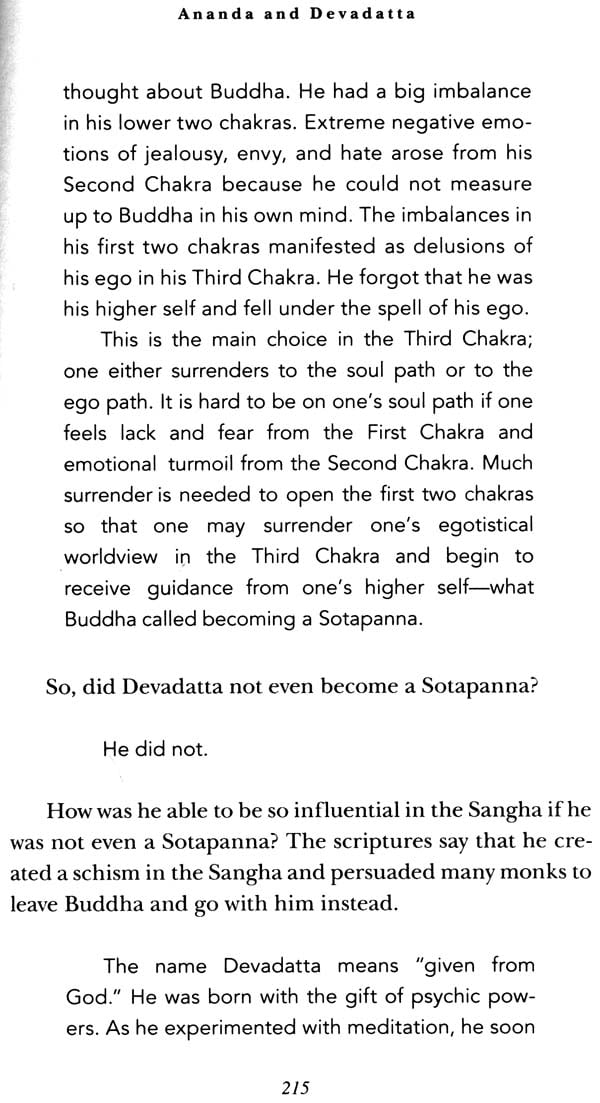 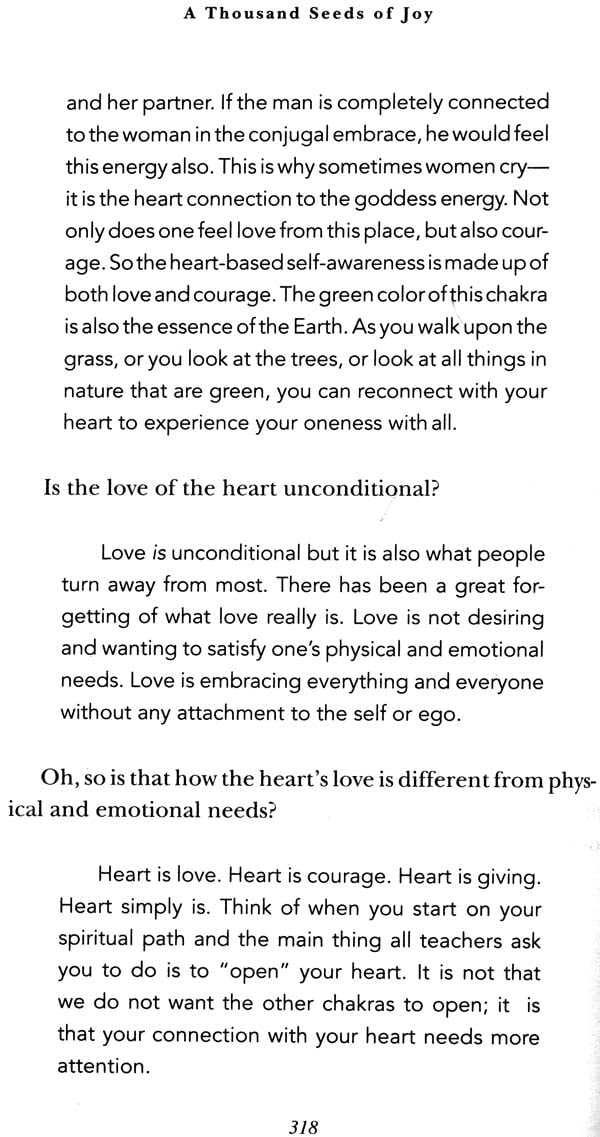 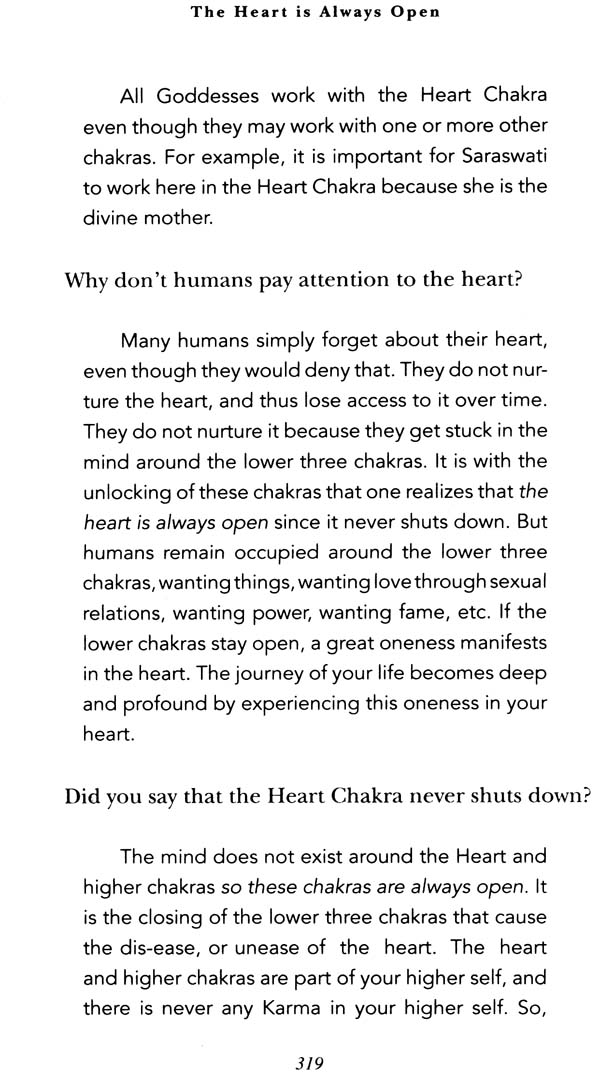 Maa Laxmi (Lakshmi): Story of the Divine Goddess who blesses her devotees with prosperity instantly
By Worded By: Dr. Mahendra Mittal & Translated By: IGEN B.
$12.50
Best Seller