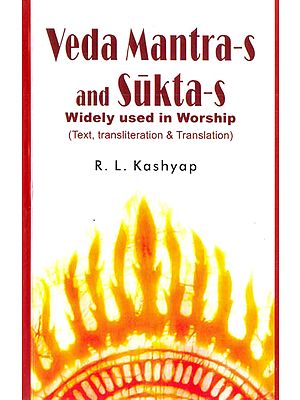 $11.00
Bestseller
Quantity
Ships in 1-3 days
Notify me when this item is available
Back of the Book

Our life is a battle between the powers of light and truth the Gods who are the immortals and the power of darkness. These are spoken of under various names as vritra or vritras vala and the pains the Dasyus and their kings. We have to call in the aid of the Gods to destroy to the opposition of these powers of Darkness who conceal the light... we have to invoke the gods by the inner sacrifice and by the word all them into us that is the specific power of the mantra to offer to them the gifts of the sacrifice and by that giving secure their gifts so that by this process we may build the way of our ascent to the goal.

This is a collection of mantra from rig Veda and Yajur Veda. Some of these are chanted everyday during worship in certain houses and temples. Some other are used on special occasions like the consecration of a house birthday the beginning of schooling (aksharabhyasa) etc. this collection of mantras compliments our two other books of collection of mantra namely (i) shanty Mantras and (ii) Rudra Manta. Some widely used mantra like the mantra to Ganapati are in those books; hence they are not repeated here.

As in our other books the format in this book is designed to help the reader both I the proper chanting of the mantras and in understanding the deeper meaning of the mantras. The text of the mantra is given in both the devanagari script and the roman script. Several of our readers who know the devangari script have complimented us on our presenting the roman transliteration for each word separately. They opine that with the devanagri script alone the correct chanting could be very difficult. At the end of this book we discuss ways of helping the reader to chant the mantras correctly.

We hope that the reades of our earlier books will pardon us if we repeat the benefits of reciting the mantras along with the understanding of their deeper meanings. According to the ancient seers ans Sri Aurobindo in modern times every mantra in the Veda invokes a cosmic force called a deva or god. Every mantra revealed to rishi originates in the highest level of consciousness. When a particular mantra is reciter. This power grows within just like a plant and it assists the reciter in all actions and helps him/her in the journey towards all round perfection. The power associated with the mantras are psychological one such as the power of will mental clarity over psychological ones such as the power of will mental clarity overall energising inspiration intuition dispelling the depression of various types etc. however perfection cannot come in a single step. Action is very much necessary even if we have ample intuition or inspiration. Completely false is the idea that chanting of the mantra by itselfwill yield the requisite physical results without any physical action.

Some readers may notice that the translation of the Vedic mantras given here is markedly different from that the found in such currently available book as the ones authored by Griffith. All these translators viewed the Rig veda merely as an anthropological document devoid of any wisdom of deeper knowledge.

The rig veda is dated much prior to still Sri Aurobindo was the first person to write in detail defending the rig veda mantras as dealing with knowledge specifically the philosophical and psychological wisdom. In addition to writing essays of about pages he translated roughly mantra out of in Rig veda often given a detailed explanation for the assignment of the meanings of words.

There are three key steps in his unraveling the secret in the Veda:

1) Veda is book of wisdom: veda is a book of spiritual experiences of seers it is not a book rituals. In the Indian tradition the rishis to whom the mantras were revealed are regarded as yogins or persons of wisdom. However in the current translations of Rig Veda samhita by Griffith or Wilson who follow closely the Sanskrit commentary of sayana many mantra verses do not have any coherent meanings: there is no coherence among the several mantras in the same sukta. Then there are only two alternative:

a) Accept the validity of the ritualist commentary of Sayana in which there is no choherence in many verses in the same sukta and thus concede that rishis are not ment and women of wisdom.

b) Accept the rishis as men and women of wisdom accept that mantras are coherent then automatically reject the supreme authority of the sayana commentary; the commentary is still very useful even though it is not accepted as the final authority.

Sri Aurobindo clearly prefers the alternative (b). As he would say the tendency towards obscurantism (i.e., the deliberate evasion of clarity) in the decadent era is so strong that the mutual exclusiveness of the two alternative is not even acknowledged; people want to venerate both the rishis and the commentary of Sayana (S) but refuse to acknowledge the incoherence in the meanings of several mantras in the commentary of S.

2) Assignment of meaning: To assign meanings for the word in the Veda collect all the verses having samskrt word and assign the most appropriate meaning to it valid in all these verses. Each word should have preferably only one meaning. To force his ritualist interpretation, sayana given ten to twenty meaning for the same word. For instance he assign 30 meanings for the word gau, cow in popular parleance. In veda gau means a ray of knowledge. Hence Sri Aurobindo translated gau as Ray-Cow similarly dhi in veda is thought or intellect; S would accept this meaning in some places but also translate shi as anna (food) in many places.

3) Veda reveals its own secret: Trying to understand Veda through the legends in Purana or Ramayana or the Brahmana books leads to incoherent results. The symbolism and aims of these books are different. Brahmana books emphasis rituals only and scarcely acknowledge any wisdom in the mantras. Purana and Ramayana have many stories of strife among the rishis and the gods. In Veda all the Gods and seers act harmoniously for the benefit of mankind and all its manifestation.

This collection has 20 chapter divided into 7 sections. There is an introductory information about the deity to whom the mantras are addressed at the beginning of every chapter.

The first chapter begins with the famous Gayatri mantra of the seer Vishvamitra. It is addressed to the creator with the name of savitr or savita. The other four chapter deal with the topic of the creation and the nature and power of the supreme person Purusha. The last chapter n the section is to Vishnu the all pervading deity.

Reciting these mantras which deal with the primeaval creation empowers us in all our creative activities in everyday life.

The third group of mantras is devoted to the so called nine deities with names such as Brhaspati. It should be stressed that this deity is not the planet Jupiter (or Guru), or the teacher of Gods. He is a cosmic force closely related to brahmanaspati or ganapati Hindus do not worship planet or stones. They recognize and worship the presence of the Divine in the stone the power associated with these nine deities or Navagraha are given in this section.

The fourth section gives the mantras addressed to the deity associated with dwellings Vastu Purusha, these mantra are recited while consecrating a house.

Mantra in chapter 18 are addressed to the famous deity soma the great purifier it is called as mantra pushpa and is recited at the end of any auspicious activity or worship.

The chapter 19 gives some hints about correctly reciting a mantra without any error we include a brief outline of the methodology of the karma chant and Ghana cant of a mantra chapter 20 gives he outline of a simple and extensible mode of worship.

Every mantra in this book is given its source namely Rig Veda or Raittirya samhita or taittiriya aranyaka or vajasaneya samhita. 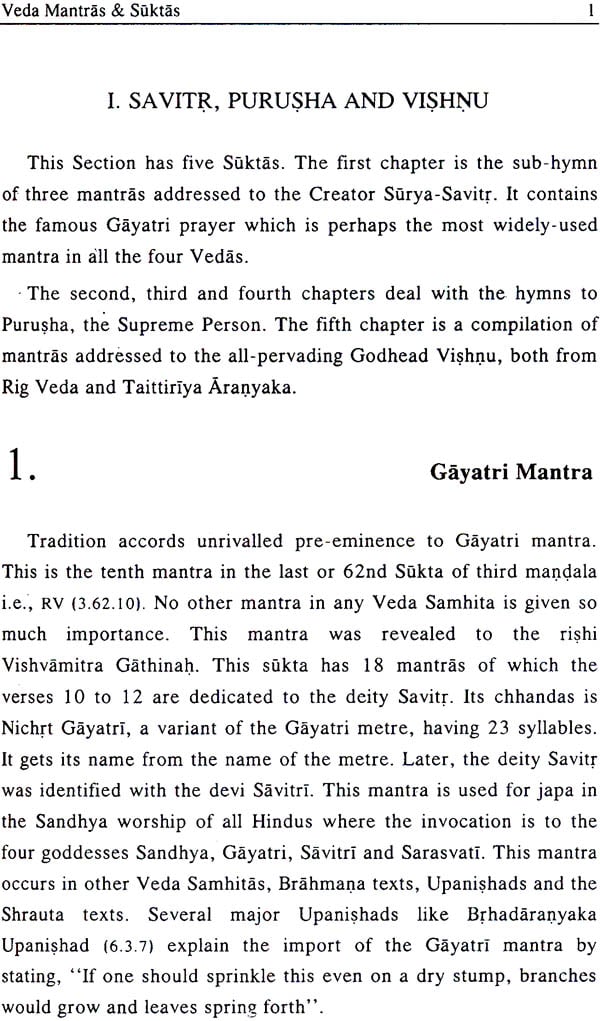 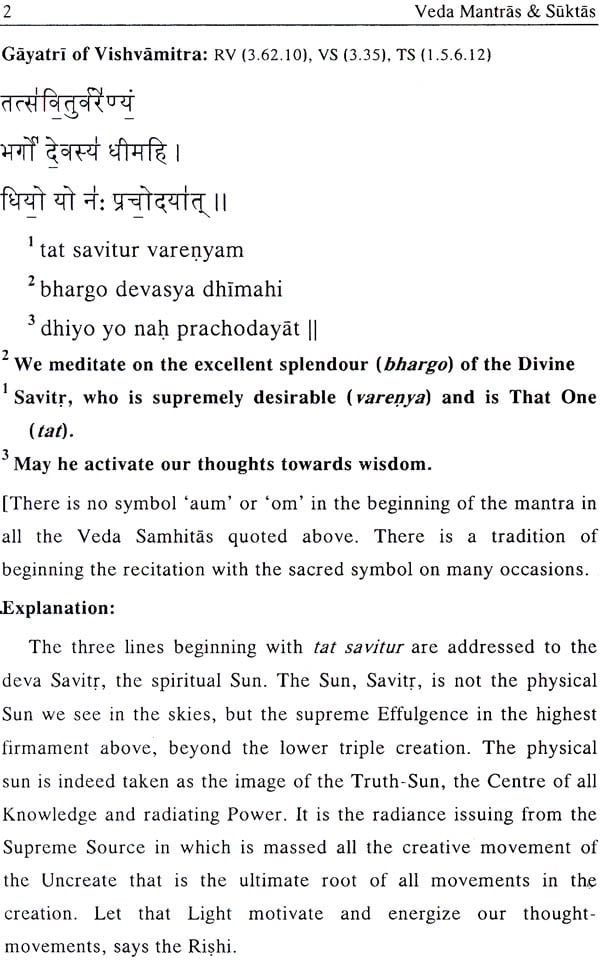 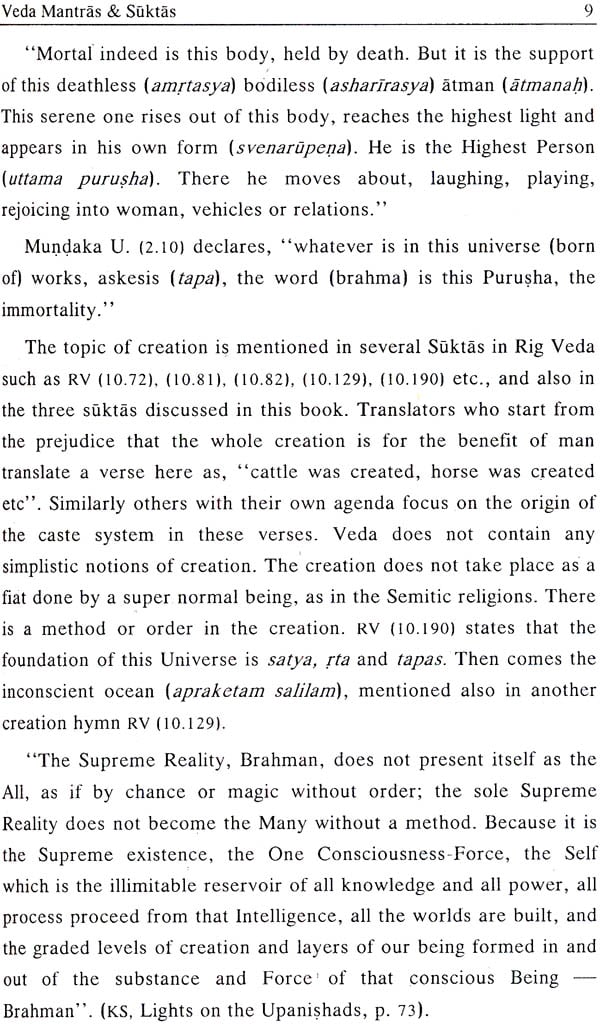 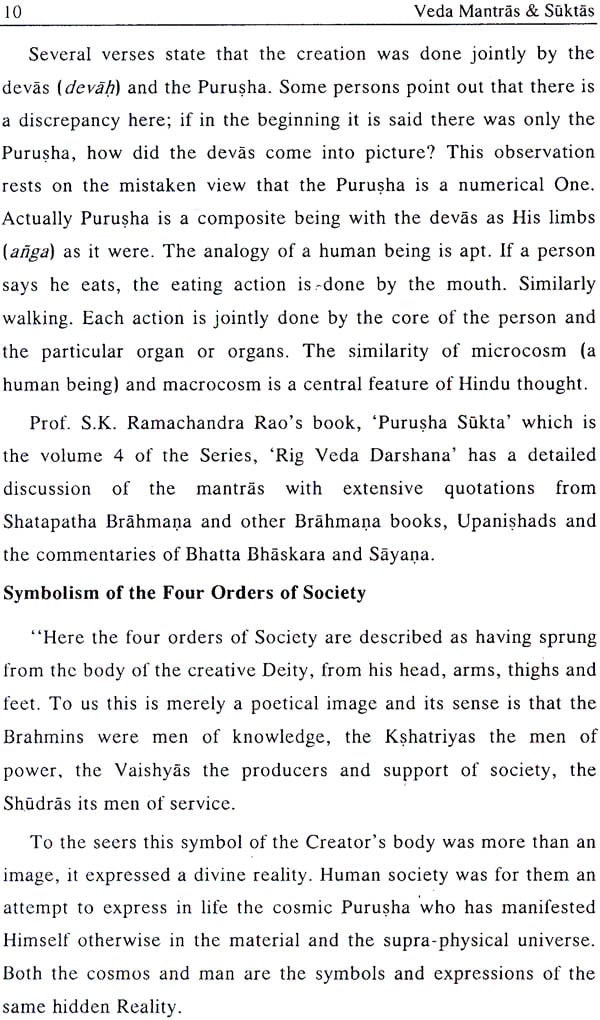 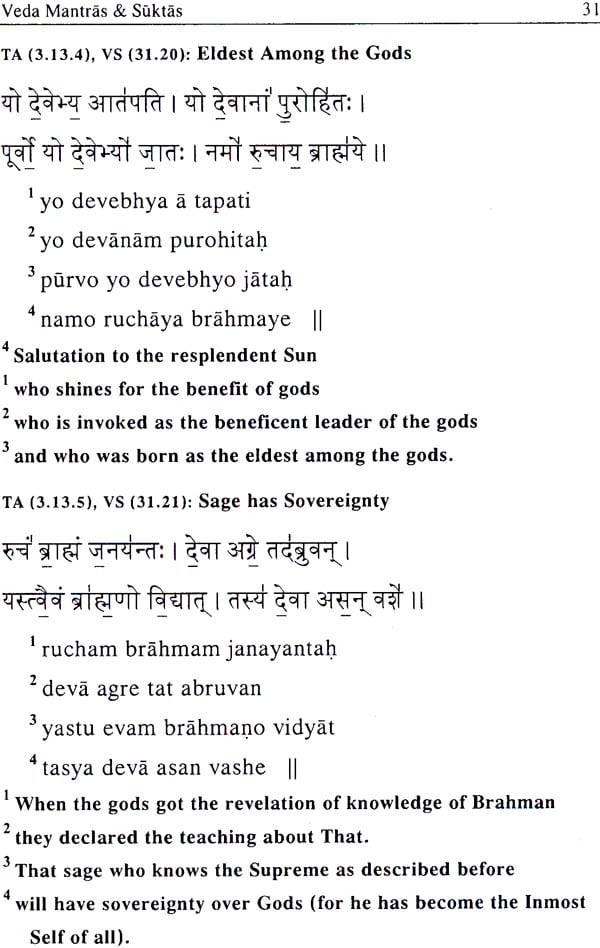 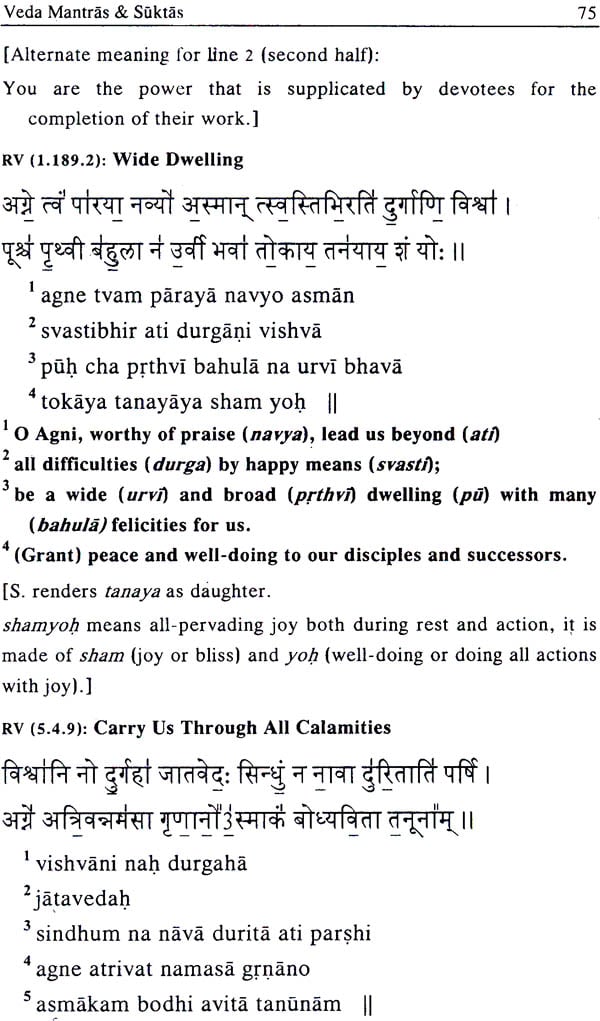 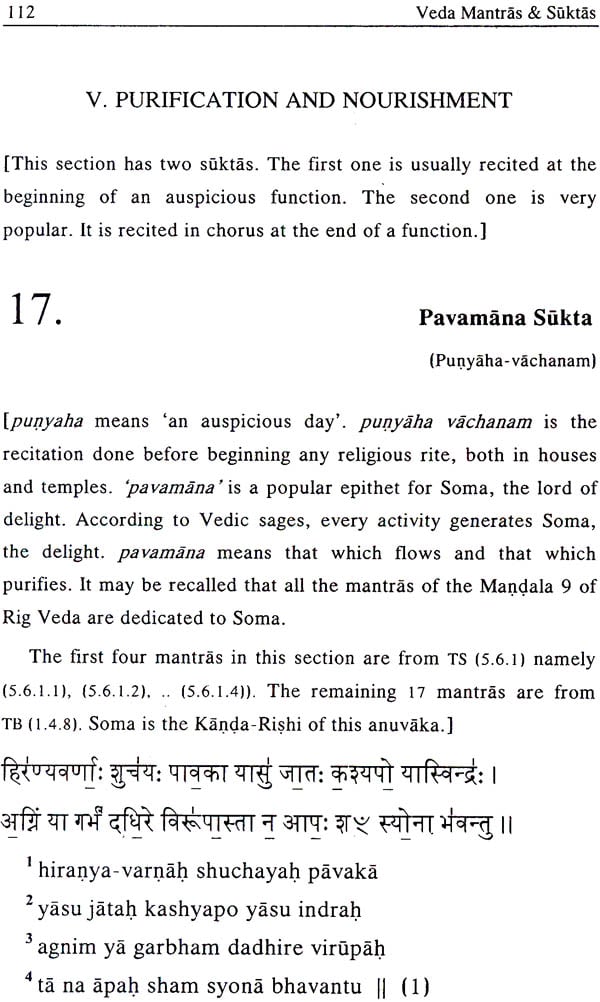 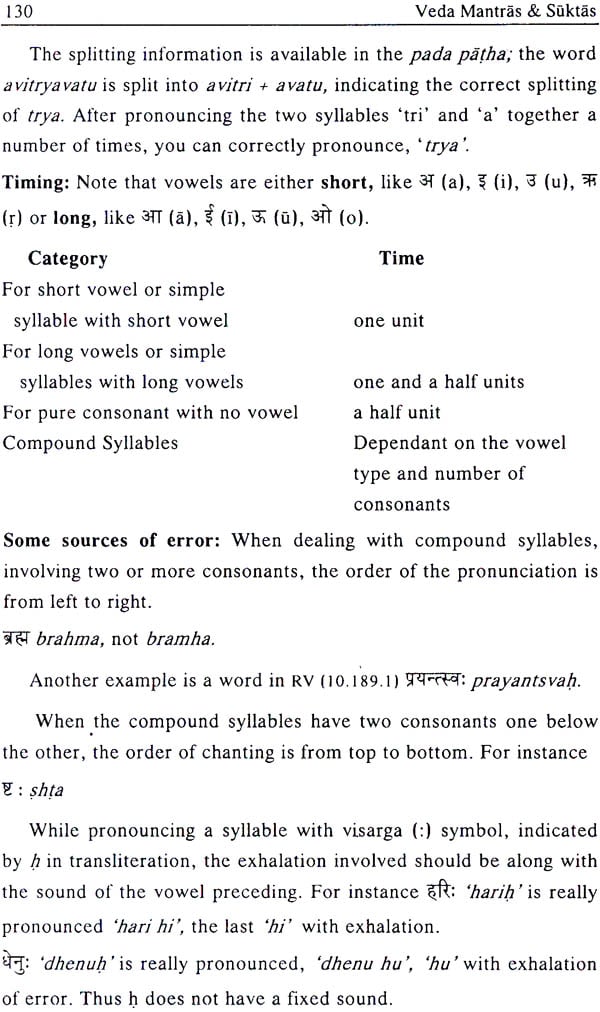 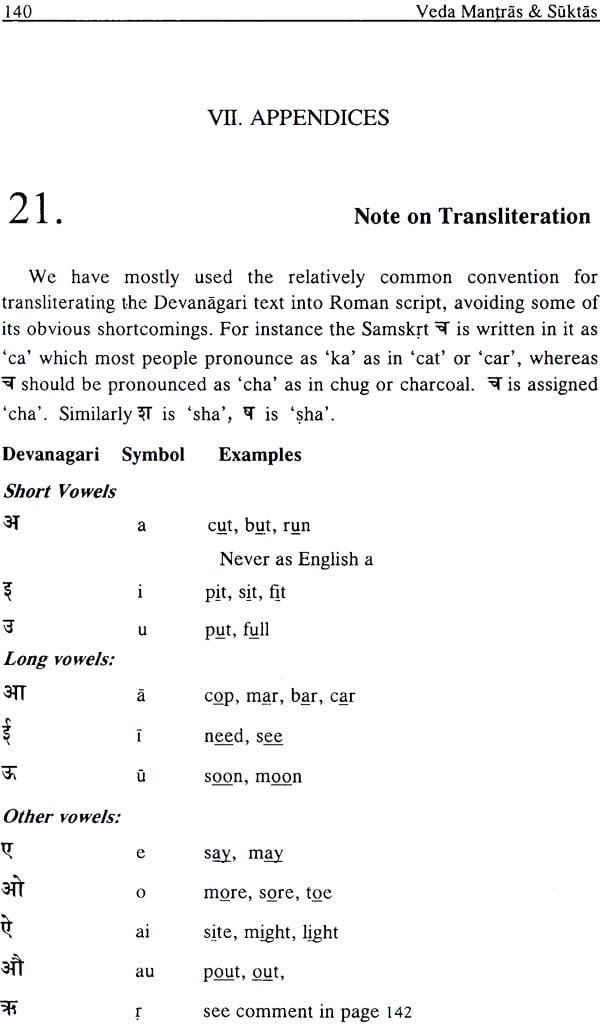 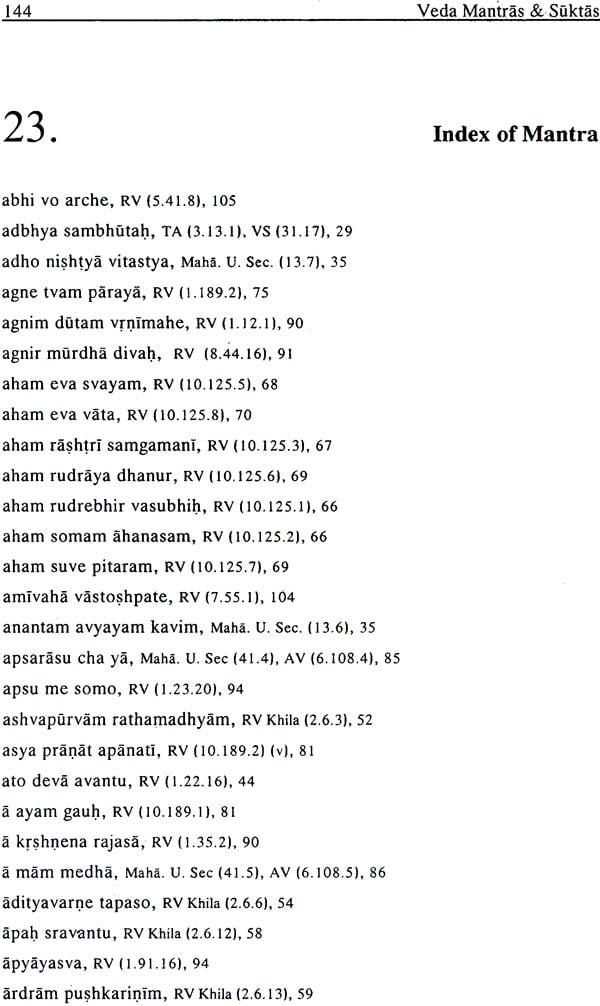 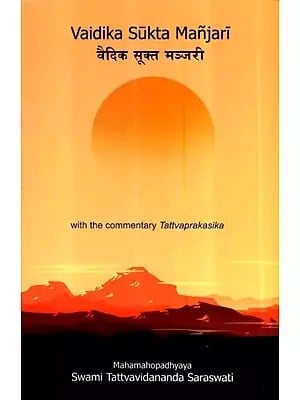 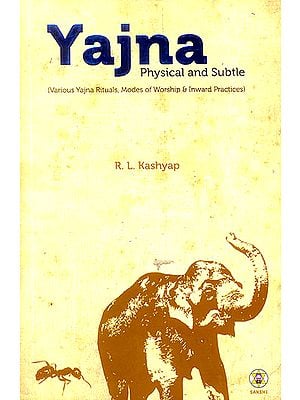 Brahmarcana Paddhatih (The Worship System of Lord Brahma) (A Rare Book)
By Acarya Mrityunjaya Tripathi
$29.00
Out of Stock

Mysticism of the Devi Mahatmya: Worship of the Divine Mother
By Swami Jyotirmayananda
$29.00
FREE DeliveryBestseller 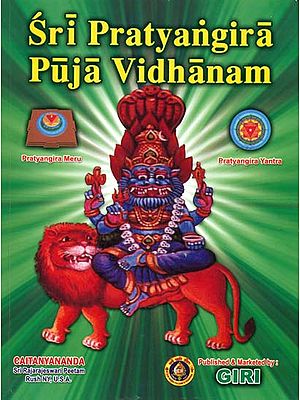