Women In Black, White And Technicolour 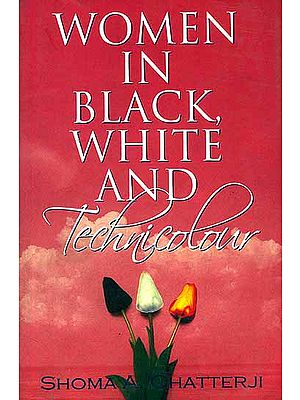 Even in the 21st century women in general and Indian women in particular are still floating in an undefined, ambivalent space. There are areas of black, like domestic violence, sexual harassment, which they are still reeling under. White areas where cooperation among women has helped them find their footing in the economy, or helped six workers to find their identity within the parameters of their profession. And then there are ambiguous, technicolour areas where one does not know the right from the wrong. Why are women asked to talk in a soft voice? Do they still believe in fairy tale romances? Are they still basking in the reflected glory of the men in their lives? Why do women feel guilty about eating? Is the Barbie doll just a toy, or does it offer model lessons in sexual abuse of girls? Does modernization lead to more women stepping into crime? Or does it mean greater bias for women in science and engineering? These questions need to ;be raised, if not answered. Women - in Black, White and Technicolour is a step in that direction.

Shoma A. Chatterji has been writing on gender studies, cinema, television and human rights for the past two decades. She has received the Best Film Critic Award at the national Film Awards in 1991, the BFJA Best Critic Award in 1998 and the National Award for Best Book on Cinema for Parama and Other Outsiders - the Cinema of Aparna Sen. Between 1988 and 2000 and 2000, she has been a regular invitee either as Press Delegate or as a jury member and seminarist at international film festivals in Asia and Europe. A prolific writer, her published works include Baker's Dozen, the Indian Woman's Search for Identity, Subject Cinema-Object Woman - A Study of the Portrayal of Women in Indian Cinema, Yes and other stories, and recent biographies of Suchitra Sen and Mrinal Sen for Rupa's Charitavali series.