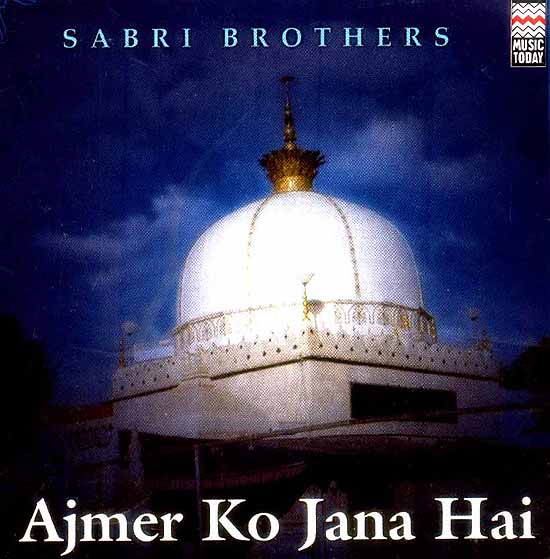 Sabri brothers are synonymous with qawwali. The finest exponents of qawwali ever known, Haji Ghulam Farid Sabri are the undisputed doyens of qawwali. The celebrated duo is the torchbearer of the of the traditional style of Sufiana qawwali.

Born in the year 1927 and 1945 respectively in Kalyana and Doujana (East Punjab India), they gained popularity as Sabri Brothers and hail from a well-known family of singers and musicians. The name Sabri is derived from the sufi Sabriya sect.

Their father, Haji Inayat Sen Sabri was also a qawwali singer and taught his sons about the nuances of qawwali singing and North Indian classical music. The family claims descent from the legendary main Tansen, one of the greatest Hindustani musicians of all time.

Sabri Brothers received further training from Ustad Fatehdin Khan, Ustad Ramzan Khan and Ustad Latafat Hussain Khan. After partition in 1947 they settled in Karachi, Pakistan. With his father's support Maqbool Ahmed Sabri formed his first party of qawwals at the tender age of eleven and in 1956 his elder brother joined him. They have been praised for their sensitive and masterly performance of qawwalis spreading the beautiful traditions of Sufism among the masses.

They popularized the poetry of 'Khwajagan' (saints), such as Hazrat Amir Khusrau, Maulana Rumi and Bala Bulleh Shah. They first recorded in the year 1958 scoring a popular hit with 'Mera koi nahin hai tere siwa.' Hailed as two of the greatest exponents of qawwali in the world and gathering numerous awards and felicitations, their approach to qawwali stayed true to its traditional roots.

They delivered memorable concerts all over the world including famous shrines in Multan, Ajmer, Pak Pattan, Delhi, Sehwan Shareef Lahore and many more places.

Sabri Brothers won various awards, the highest one being 'Pride of performance' by the President of Pakistan. Some of the most soul-stirring qawwalis from their repertoire include Tajdar-e-Harm, Khwaja ki Diwani and Ajmer ko Jana Hai.

Their style of singing and their position as the greatest qawwals of the world remains unmatched even today.